Home » GALLERY: 10 Shots From An Incredible Start To Spring

GALLERY: 10 Shots From An Incredible Start To Spring As we stare down the barrel of a few days of onshore slop, let's take a look back at that incredible start to Spring shall we?

After one the best Februarys in living memory, many insisted the bombardment of groundswell, light offshores and sunny skies could simply not continue into Spring.

Some nay-sayers offered up vague and dubious oceanographic reasons for their pessimism, but for most, it was just a gut feeling. A nagging sense felt somewhere between kidney and spleen that Britain was incapable of being that kind to its native surfing population.

Because we all knew what we signed up for when we decided to be a surfer based in these parts. Long runs of rain peppered mediocrity, occasionally interrupted by fleeting moments of modest enjoyment. Not non-stop, sun-dappled, head-high bowls. Not here. 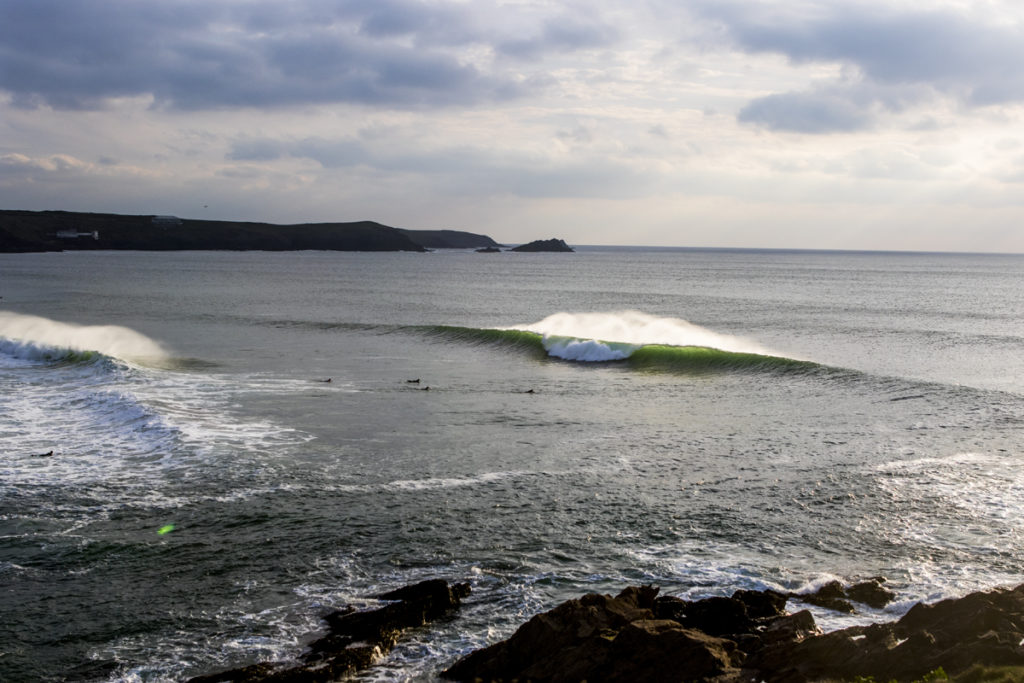 A sundown a-frame over a bank that just keeps on giving this Spring. Photo @lugarts

And then April rolled around and shit all over the south-west surfer’s long writ contract.

When coupled with the beautiful weather, the swell’s obliging synchronicity with weekends and holidays and the smattering of magical banks that popped up along the coastline, April served up something pretty close to a perfect month for your average south-west based surfer. 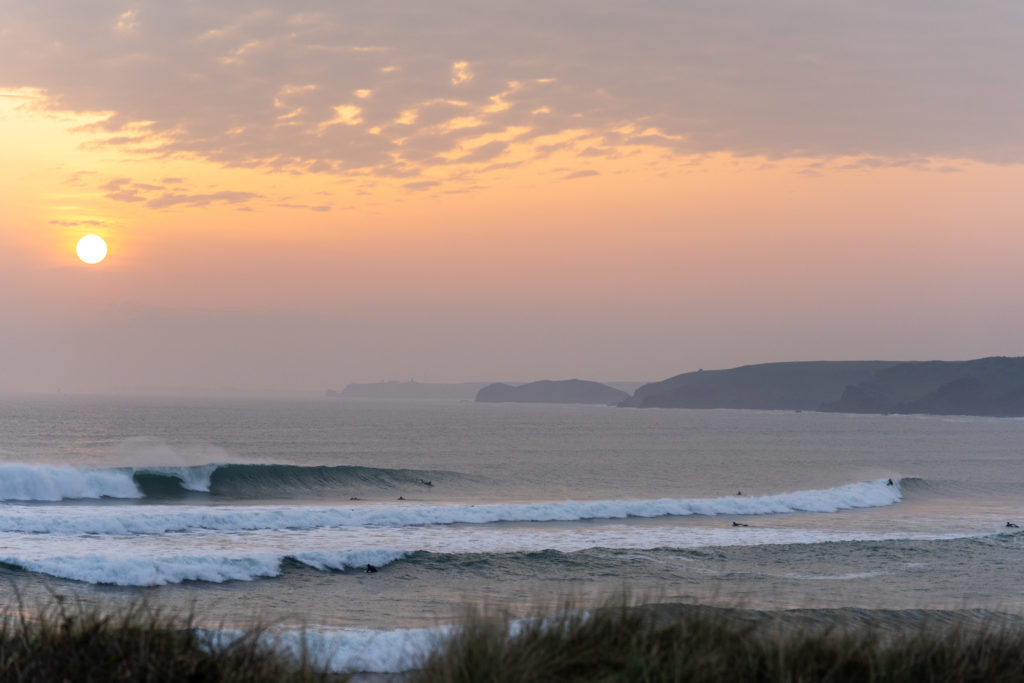 Wales has had its fair share of brilliance over the early spring period. Photo @jackabbottphotography

Here’s hoping for much more of the same as the summer hits its stride over the coming months.

Speaking of which, we’ve compiled a series of gear guides to help you get fully kitted out for what the news website prone to extreme exaggeration are already predicting is going to be another scorching summer.

We’ve got a rundown of our favourite wetties, a guide to the best summer sticks, reviews of 2019’s finest boardshorts, as well as some other choice apparel and essential hardware.

Unfortunately, right now, neither the view out the window, nor the forecast are looking too dreamy, so let’s look backwards instead and live vicariously through a few photographic highlights from those amazing few weeks at the start of Spring: 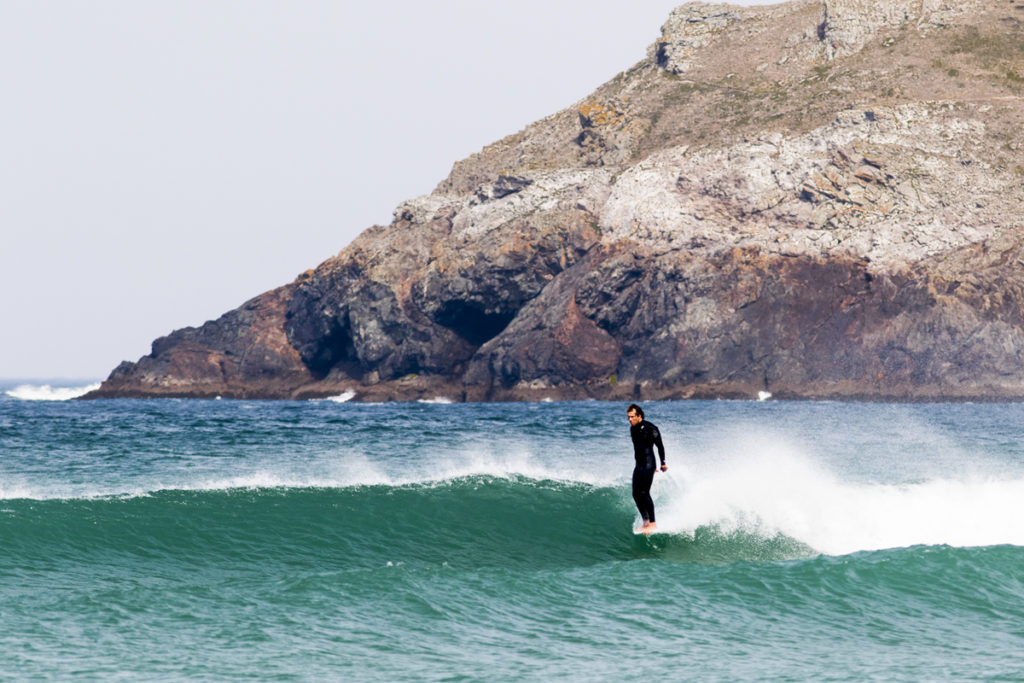 Adam Bearman Griffiths hanging ten in a bright green pocket on a fun-sized morning in north Cornwall. Note his lack of boots, gloves and hood, as well as the C-Skins Sessions 4/3 wetty in which he’s encased and rejoice at the rising water temps. Photo @lugarts 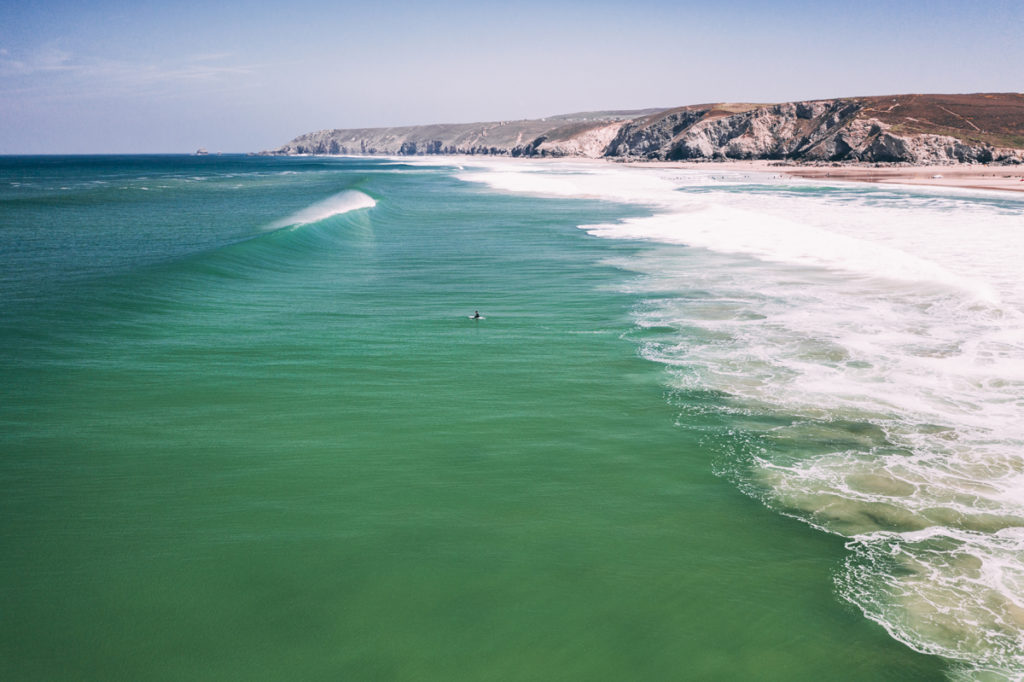 A lone shredder takes in the view as a beautiful wave breaks down the beach, framed by one of west Cornwall’s most picturesque cliff lines. Photo @dan__hunter 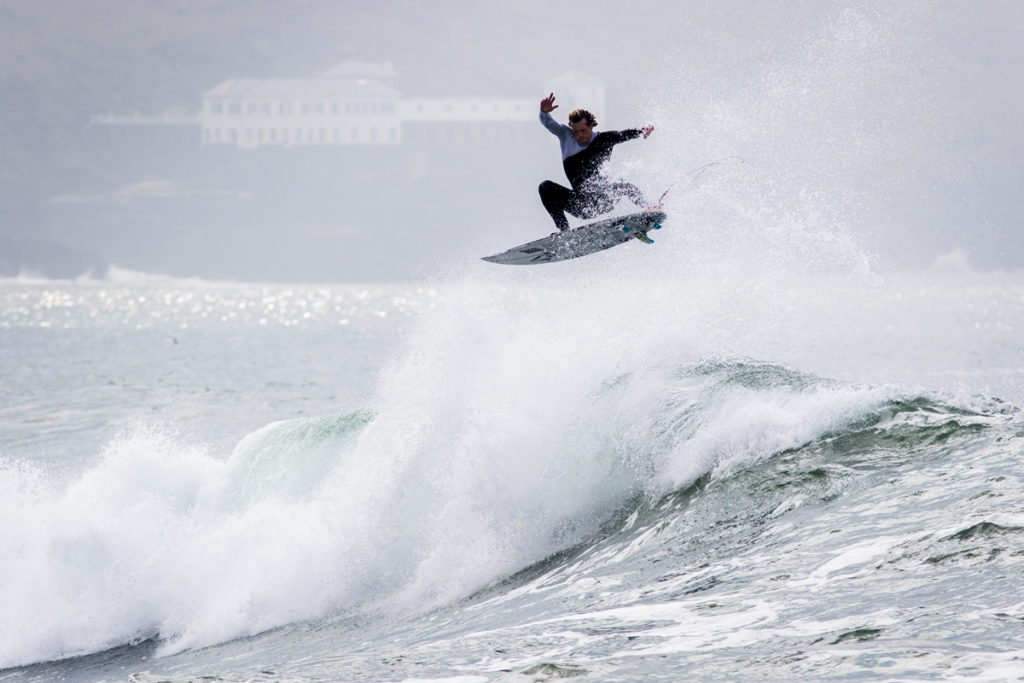 Harry Timson bones out a straight air on his signature model; the Hazzatron by NS. Find out more about the board here. Photo @lugarts 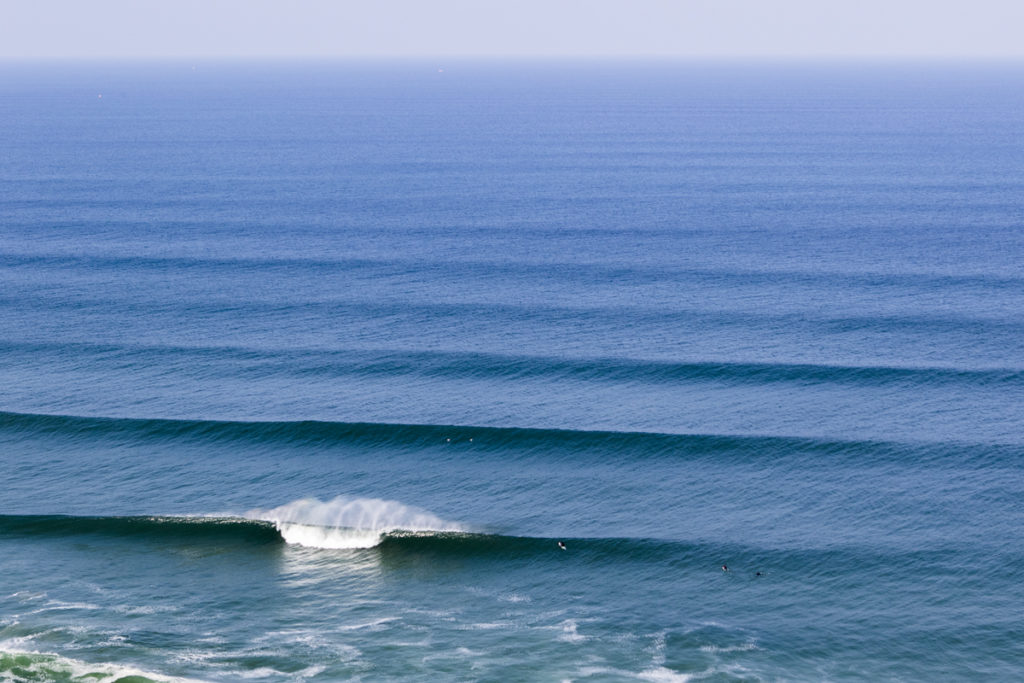 Clean lines roll past a disinterested flock of gulls floating on the outside towards a more small pack of interested surfers on the inside. Photo @lugarts 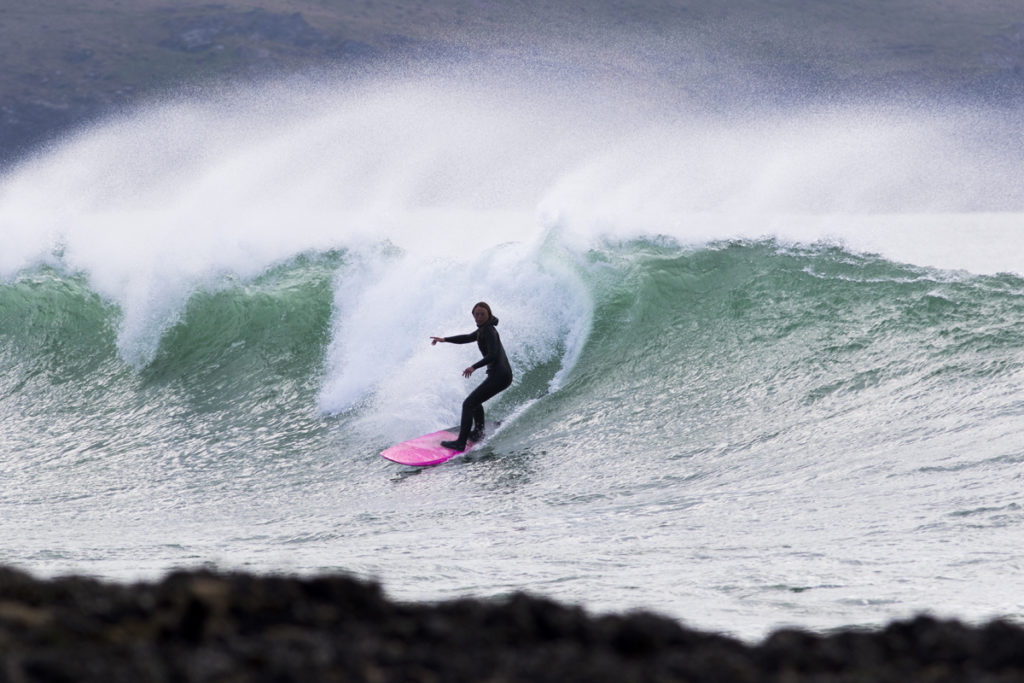 Northeast-based shredder Emily Grimes sets a line off the bottom during one fun session from a wave-filled Cornish holiday. Photo @lugarts 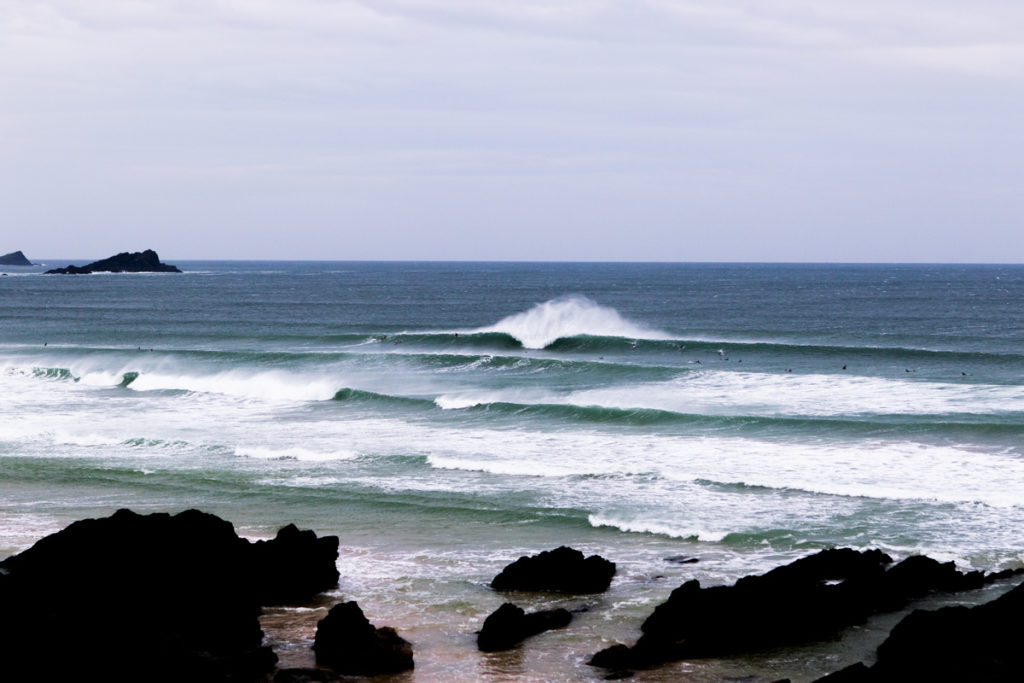 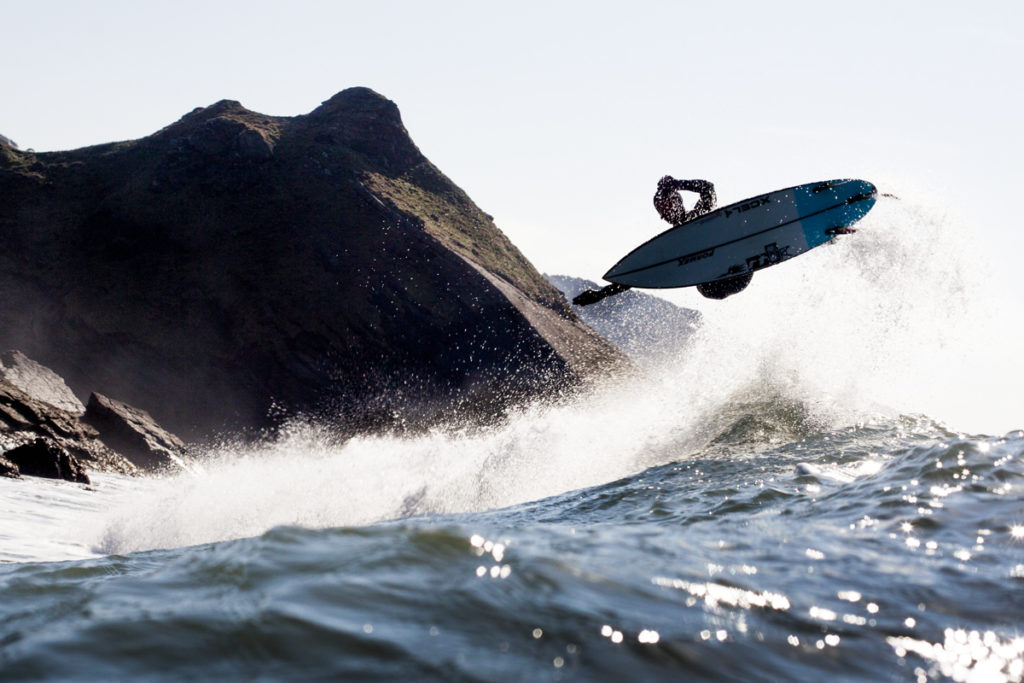 Reubyn Ash takes advantage of the early-evening onshores that often accompany a balmy spring day in Cornwall with a whirleybird into the wind. Photo @lugarts 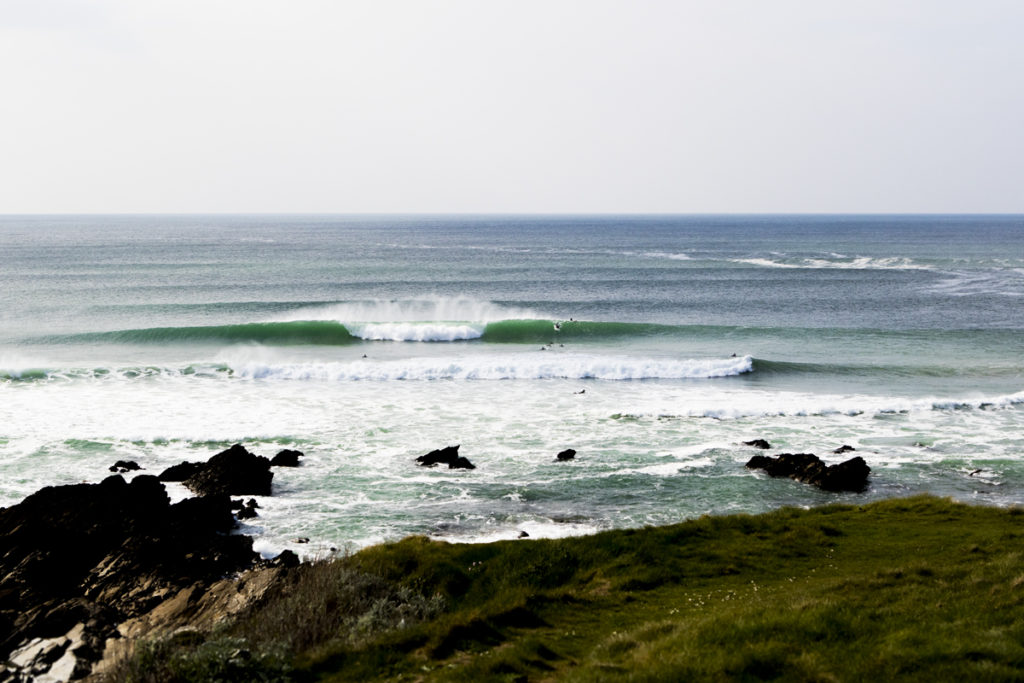 One of very many dreamy afternoons at Little Fistral. Photo @lugarts