Wavelength Hosts UK Premiere Of View From A Blue Moon

The official UK premiere opened to a sold out auditorium in Britain's surfing capital. The film is already being touted the best of the decade and there was a palpable sense of excitement in the sold out cinema as the opening credits rolled. As the opening frame light up the screen, the anticipation quickly turned to awe.

View From A Blue Moon, which has undoubtedly some of the highest production values of any surf movie ever made, is also the first ever to be shot in 4k. It features some of the most colourful places on earth, providing a lovely bit of rest bite from the perpetually overcast Cornish winter for the assembled crowd. For a generation who spend much of our time watching surfing videos on a 13 inch laptop, it was incredible to see the film on the big screen, with the cinematography and overall production making for an unforgettably immersive experience. 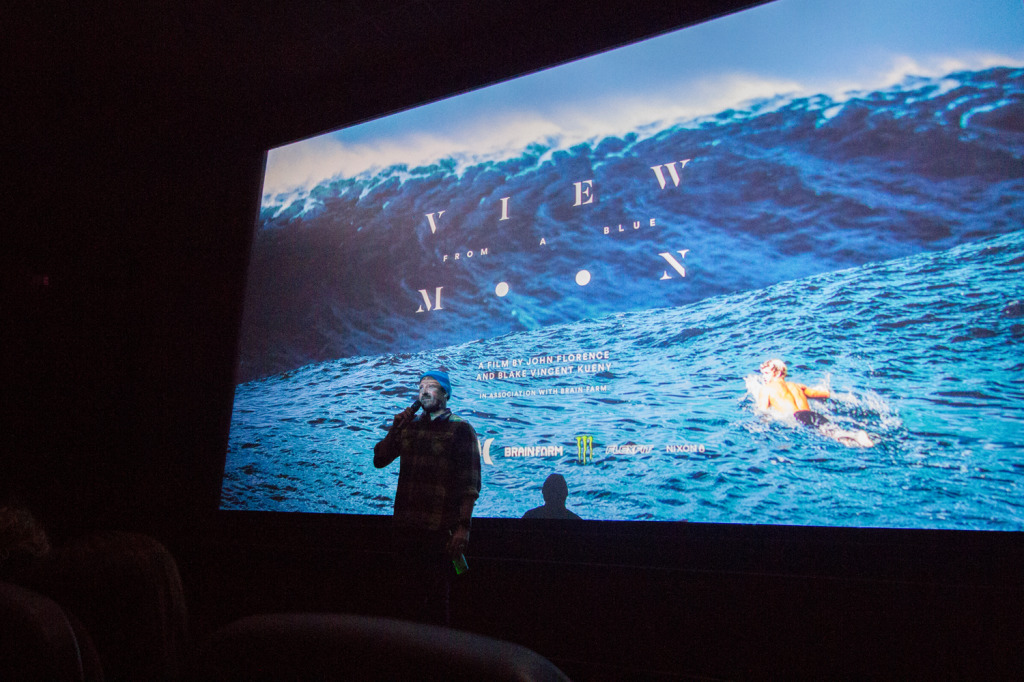 Needless to say the film featured some of the most progressive surfing we’ve ever seen, which was regularly met with whoops from the crowd, however it was also clear that the film makers had really gone out of their way to explore and exhibit the rich span of cultures and locations featured, creating new layer of interest not found within your average surf film.

We’d like to thank Hurley and the Lighthouse Cinema for allowing us to host the event and of course everyone who turned up to watch it- we look forward to seeing you all again at future Wavelength screenings.