5 More Private Islands With Pumping Waves You Can Buy Today

We've dived back into the listings to bring you another five private islands with pumping waves you can buy today! (And this time, there's two that cost the same as a two bedroom flat in a not particularly nice part of London!)

Last year we brought you a list of five private islands for sale around the world that looked likely to have their own secluded collection of pumping waves.

A quick scan of those listings reveals that most are still available, however, just in case you didn’t spot any on the last list that took your fancy and you’re still searching desperately for your own slice of surfing solitude, we’ve dug back into the listings to find a few more options for you.

While most on the previous list would have set you back several million, this time around we endeavoured to uncover a couple in a more affordable price bracket. In fact, we managed to find two that carry the same price tag as a two bed flat in a not particularly nice or well-connected part of London! Sure, you’d have to live in a tent unless you had another few mill kicking about to actually erect a property on it, but we know you’re an intrepid bunch, unafraid of getting a bit of dirt under your fingernails.

So let’s dive in, shall we? 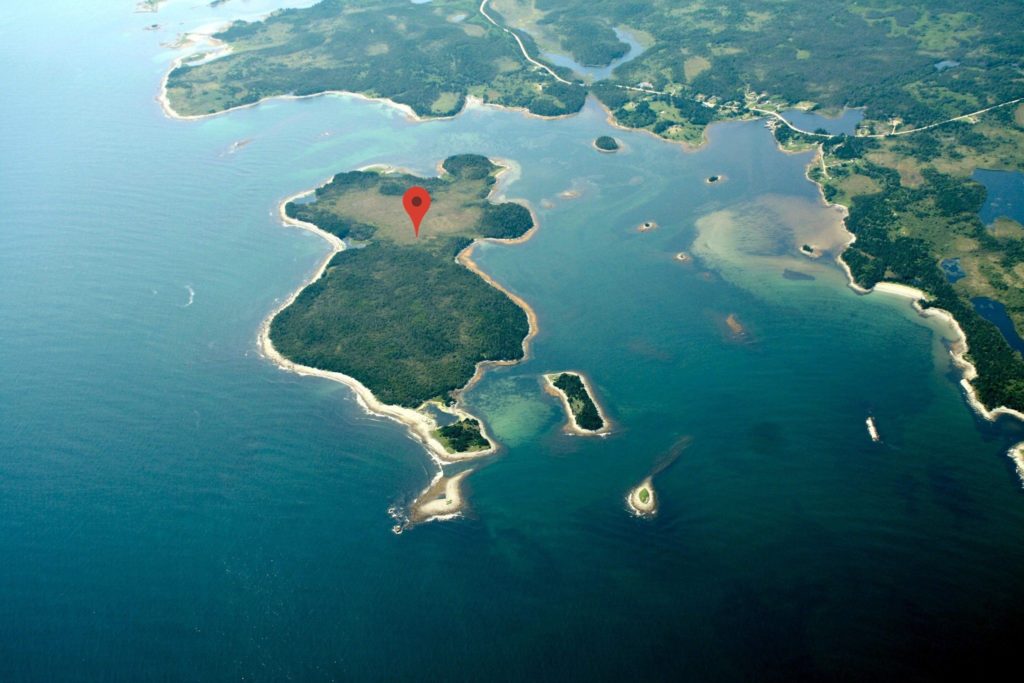 Apparently, our fine Queen Vic gifted this one to the MacNeil family of Guysborough in 1876. What exactly they’d done to deserve such a bestowment has been lost to the fogs of time, however, it was recently stuck up for sale at an absurdly cut down price. It is currently completely untouched by buildings or infrastructure, which could either be bliss or burden, depending on your outlook. What there is, however, is plenty of forest and miles and miles of swell exposed sandy beach, complete with all sorts of bank-friendly bends and kinks. Look, for example at the beautiful could-be left point on the little shingle bank on the left-hand side of the image below. There are also many reports of fun, empty waves on the mainland coastline directly adjacent to the island including several top quality boulder points, so if for some reason your setups aren’t doing it, you can always hop in a boat and go and explore. 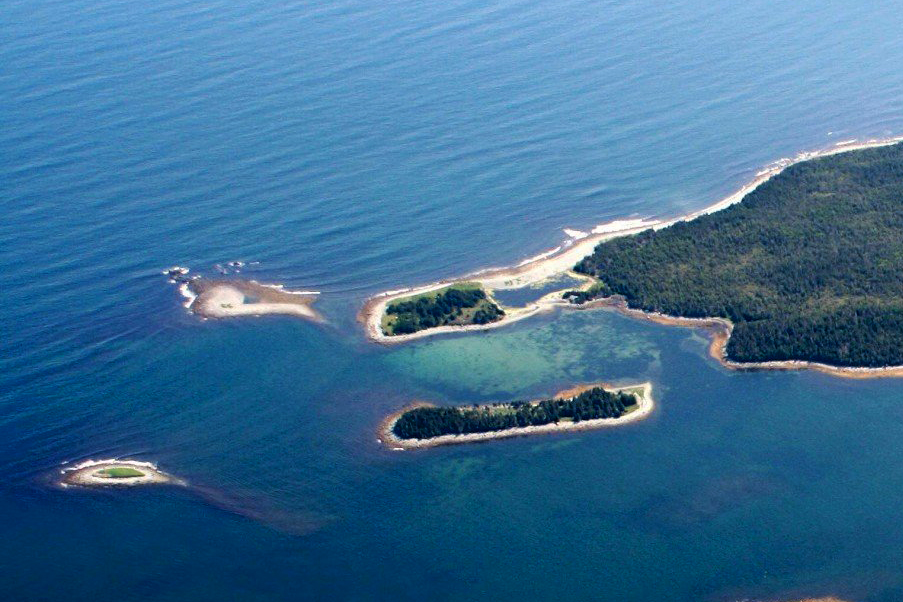 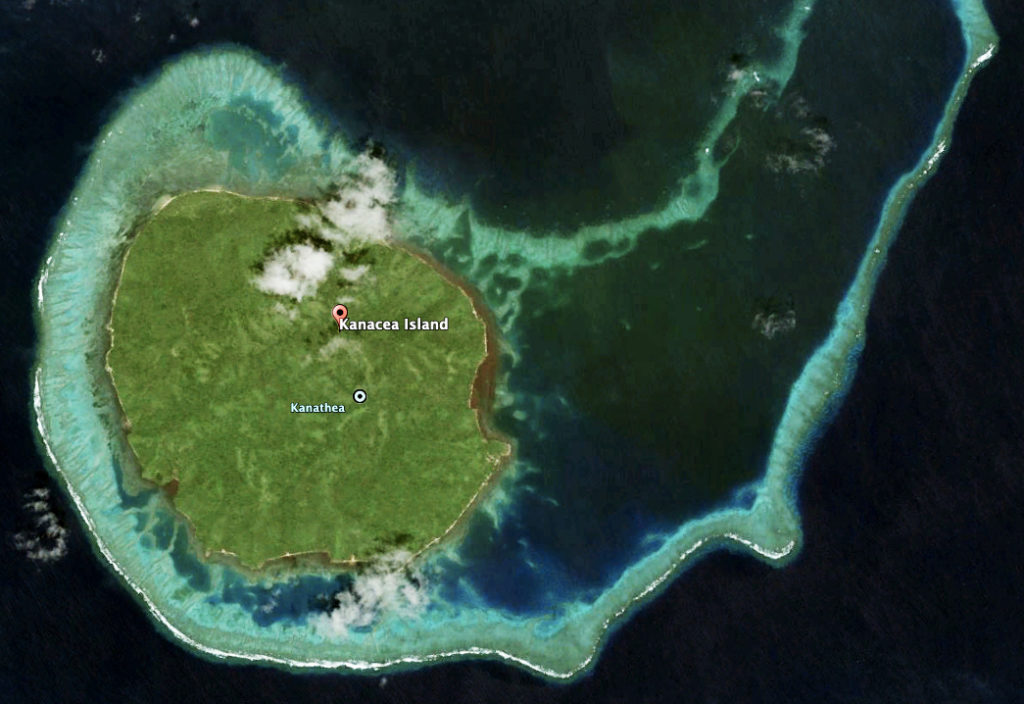 Back in the upper price bracket of private island ownership, allow us to present this lush, palm-covered volcanic landmass in Fiji’s illustrious Lau archipelago. Situated in the north-west of the country’s 333 strong island chain, Kanacea is fringed by coral reefs with ample exposure to north swells swinging down from the Pacific, with the prevailing winds blowing offshore in the summer months. While it’s impossible to say if the island’s own coral is sufficiently well shaped to produce good quality waves, according to a reliable source, one of the neighbouring islands is home to some of the best waves in Fiji. And, if it’s flat, you can always hike to one of the island’s seven volcanic peaks to take in the incredible scenery from above, scope out the colourful array of marine life on the reefs, or perhaps utilise the island’s complete phone signal coverage to barrage friends and loved ones with selfies of you living your best life in paradise. 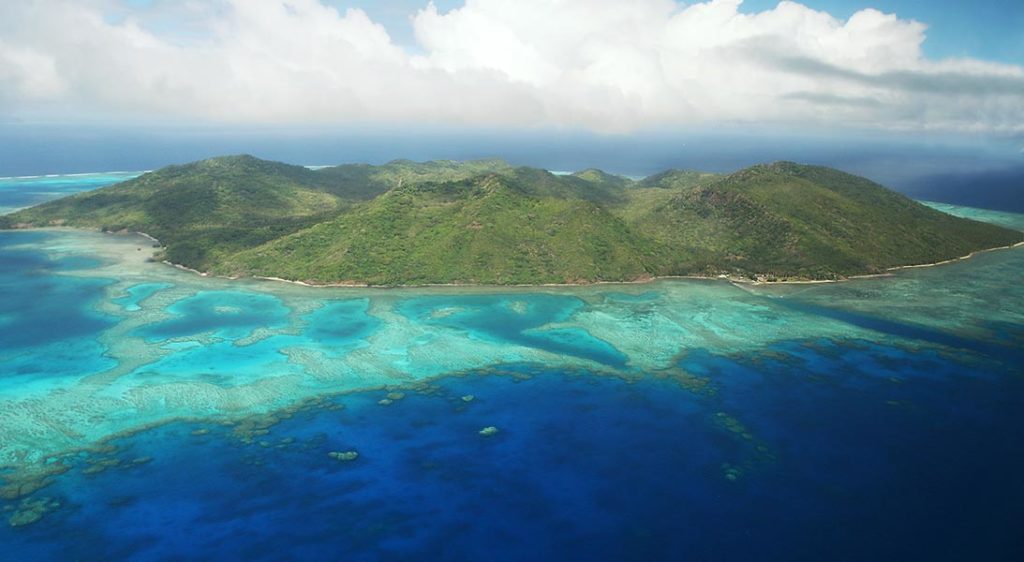 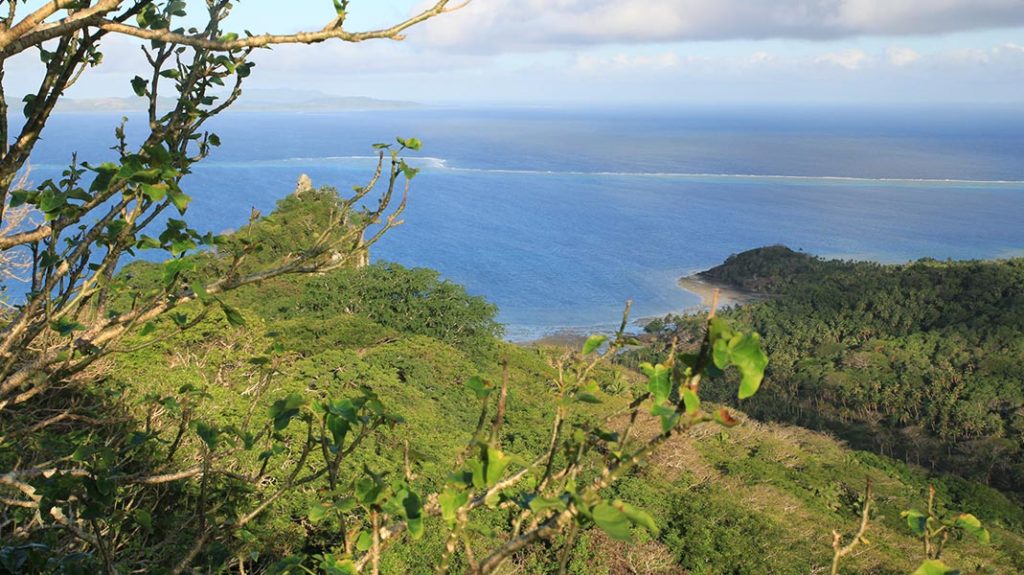 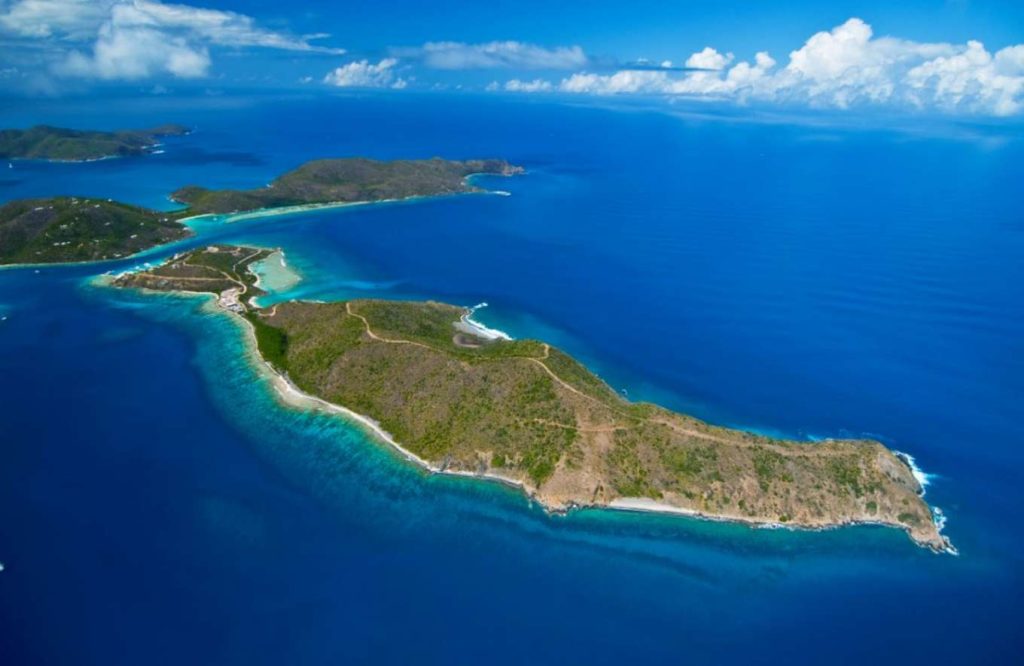 Nestled in the heart of the BVI and connected by a narrow strip to a world-famous resort island sits Big Scrub Island. Although most of the island’s coast is made up of tall cliffs which fall away directly into the sea, there are a few semi-promising options either side of a spit on the northwestern corner, plus a little patch of reef across the channel on little Scrub, both of which hoover up the same swells as the world-class (but rare) point at Cane Garden Bay on the neighbouring island of Tortola (just a short boat ride away.) According to the website of the resort at Little Scrub, the nearest surf breaks are on Tortola, but it’s possible the guest at their thousand pounds per night resort couldn’t handle the same level of gnar (or grovel) as you. Or perhaps all the good waves are on the side of the island that is currently on the market, and thus out of bounds to their guests (but very much in-bounds for you, the future owner.) And, if it turns out to be crap after all, you could always join Branson and Obama for a kitesurf foil off. 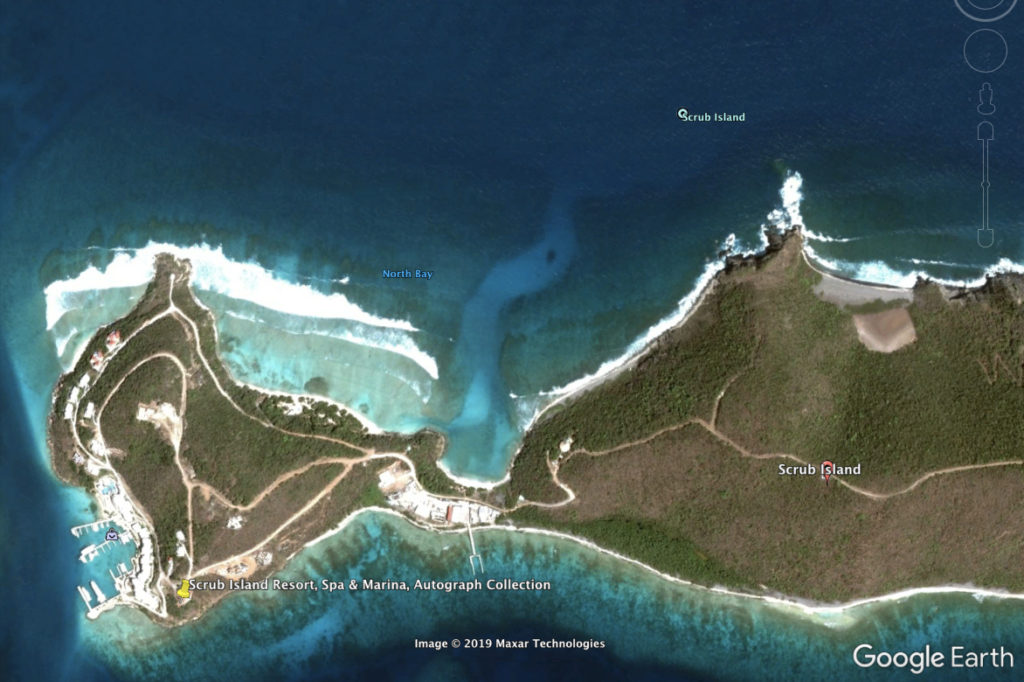 Of the ten islands featured between this list and the last, Cebaco has got to be the most exciting in terms of surf potential. In fact, no wild speculation is required with this one, as its already firmly on the Panamanian surfing map. Sitting just five miles off the mainland coast, home to dense rainforest, waterfalls and 20 different beaches, with migrating whales just offshore, 26-degree water year-round and super consistent swell, this one is a proper paradise. While only a portion of this island is up for grabs, the patch already includes a beach house, backed by 5000 acres of dense forest and overlooking one of Cebaco’s pristine beaches. Regular boat trips from the mainland mean you aren’t guaranteed empty lineups and the main wave (a barrelling right) actually looks like it gets quite busy in the vid below. However, there would surely be plenty of other spots dotted around the island for you to find. There’s also a few lodges and a little campground close by (but not so close by you could hear the banging of bongos and twang of slacklines), meaning you could still maintain some semblance of a social life if you decided to take up here full time. 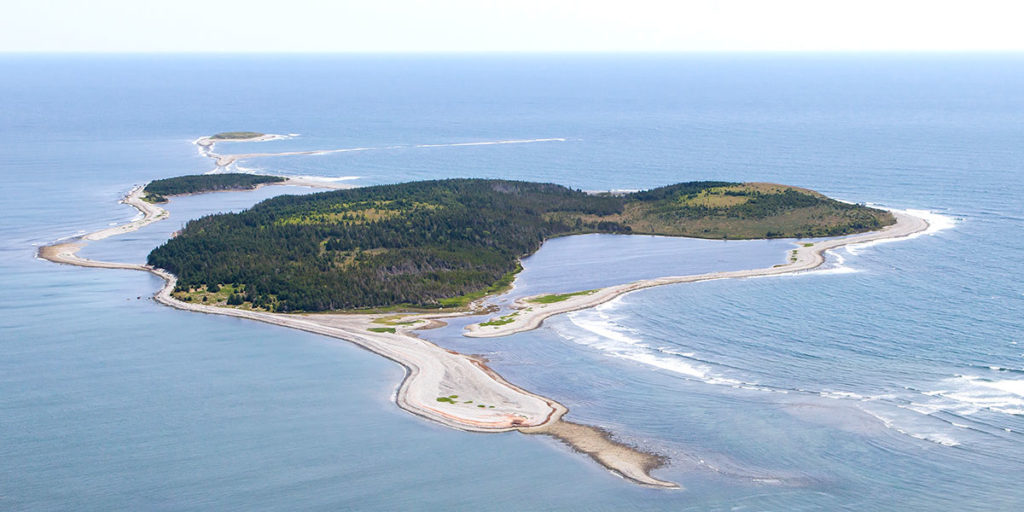 The beautiful island of Reids is located just a few miles off the swell drenched and set up rich coast of Nova Scotia. The island boasts a long sandy coastline with all sorts of saucy looking kinks. In fact, if your surfing aspirations involve chasing shifting sands on a quad along your own sandy strip then this could well be the island for you. Distressingly, Google Earth has only ever snapped two pics of the island, both at high tide on a calm day, meaning we can’t have a proper scour, however, the aerial images available certainly feature enough angular ankle-biting potential to get the imagination going. If we were going to get really carried away, we’d say it looks like there could be two crazy left points on the west coast, perfectly angled to catch swells from the North Atlantic, (see pic. 1 below) the potential for another, off the long sandy spit in pic 2 and then a fun looking cobble bottomed a-frame in pic 3. This one is an absolute steal at 350K, and while there are no buildings just yet, there are apparently lots of raised lot options, offering you the opportunity to build your fortress overlooking whichever setup turns out to be the best. 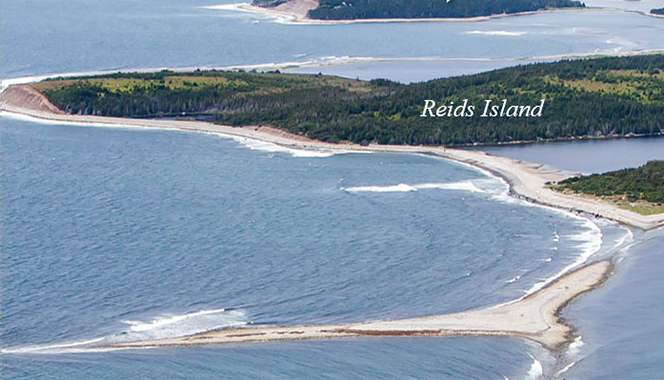 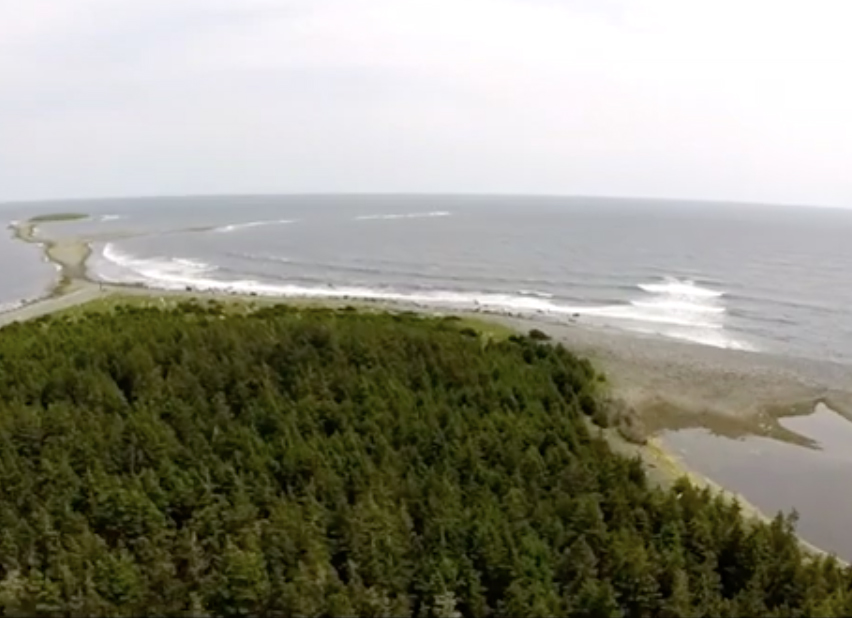