Nazaré tends to be a pretty popular one in terms of live online audience. Forecasted days in advance, a great chance of shit going horribly wrong, also never a bad hate watch – and if you can‘t find the energy to type ’shame league’, preferring the character economy of ’fat’, welcome home.

And despite the 12 live cameras being used to beam images to Wozzle fans, as well as the collective blog/influence cannon, there’re couple things that still might‘ve escaped your notice.

Longtime G-Mac fans might recall him teaming up with fellow Hawaiian waterman Keali’i Mamala to tow surf glacier waves in Alaska, sometime back in the FB era. Keali’i is an incredible polished surfer, and an invite to the 2021 Nazaré Tow Challenge was deemed very well deserved by the inner circle of Nazaré. Apparently, Keali’i snagged a ’huge barrel on the right, super deep’. Not my words, but broadcast guest Sebastian Steudtner’s. Seb ducked out of the studio for a comfort break, and ran back in buzzing on Keali’i’s barrel. Turns out no cameras managed to grab it, including the judges’ so Keali’i wave didn‘t happen.

Kai Lenny and Lucas Chianca were operating on another level, once again. And after the awards were all allocated, when Kai Lenny came away with relatively meagre return of half of one (Best Team), he was as ever, the consummate pro, thanking all the right people, congratulating everybody. But there was a bit of chat that Kai himself felt he’d been under scored on his waves by the panel; and specifically that he could’ve been scored more generously for the spins. Nazaré and her particular set of skills do tend to disorientate your values in general, surfing, life, and otherwise. Not so long ago, the only thing in the surf world less cool than tow surf, was chop hops. Now the pair have mutated, and gone meta. 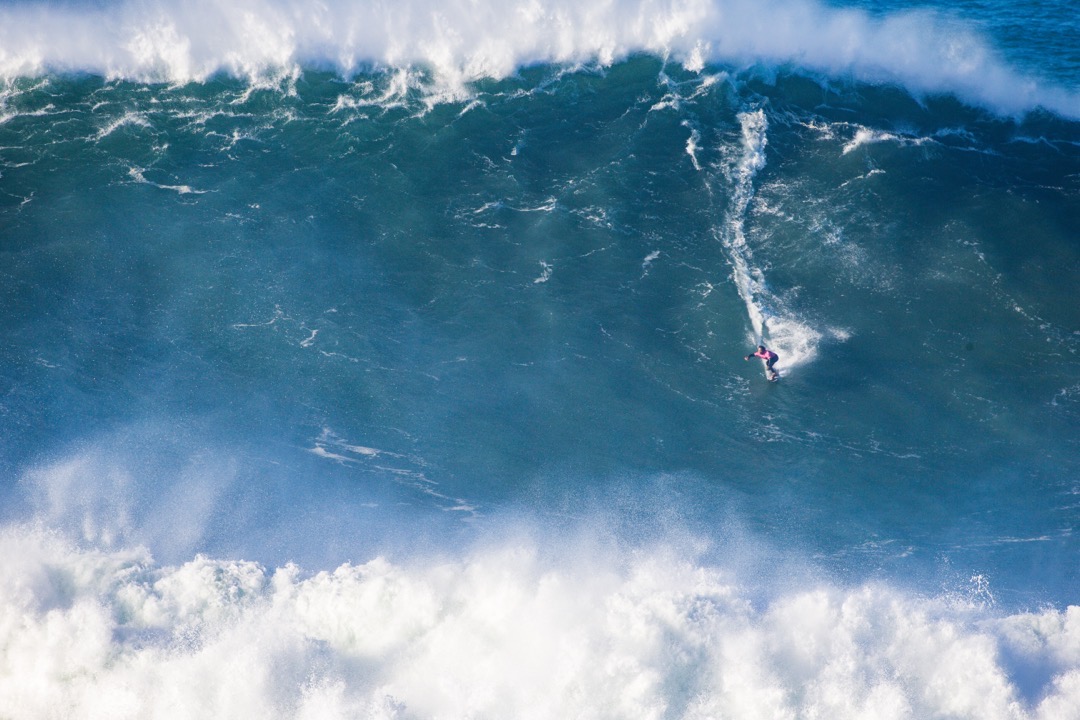 Mamala on a 50ft wave that didn‘t escape every lens in town’s notice. Just before the teams hit it, everyone watching the first few sets thought “Bummer, it’s 6-8ft.’ Turns out even though it was a ‘small’ day, there were a couple.

More Mamala: he wore a cap for his interview with a slogan, that I took to be promoting vegan values, because all about that. Remember “I‘m Ron Burgun-dyyyyy?” Ron, you see, reads anything the prompter says, so when someone threw in a question mark, so did he. Generally, I don’t, partly because we dont have a teleprompter. But the Hawaiian’s hat got me pretty good. It said, EAT MORE VEG ‘AINA, aina being Hawaiian for land. Apparently I read out the slogan on air, adding ”Cool hat, Ben, I’ve always been on at you about doing more of that…” raising a few eyebrows in the studio.

Biggest Crowd Ever In The History of the Sport?

Surfing being surfing, the biggest crowd in the history of the sport didn’t get to see any actual sport. Not even the surf’s fault, this time, the fog was the bad guy on Sunday. From before dawn, what appeared to be biggest crowd ever for a surf event started streaming down the path to the cliff top viewing spot. Thousands upon thousands, tooled up with folding chairs, coolers, picnics. Somebody up top doing Covid pass checks had a clicker, and reckoned they stopped them coming at around six thousand; it felt like at least double that. They hung around all day for hourly calls until eventually, around mid afternoon we got the call that no event would run that day.

I didn’t know loads about Tudor either, to be fair. But when I first saw the event poster, I was pretty psyched on what was presumably the conclusive act in a thawing of any remaining historic hostilities between Joel and the ASP/WSL. Not only is Joel now entering and winning longboard competitions and World Titles, he’s title sponsoring… Naz? Would the event open up with Joel, Tosh and Judah Tudor soul arching the Big Moma peak in a Vans x Koxa Bomb wetsuit capsules? Would he calf leash it, just like the Surf Ranch? No, is the short answer, the luxury Swiss watch brand Tudor has partnered up for Naz and Jaws. 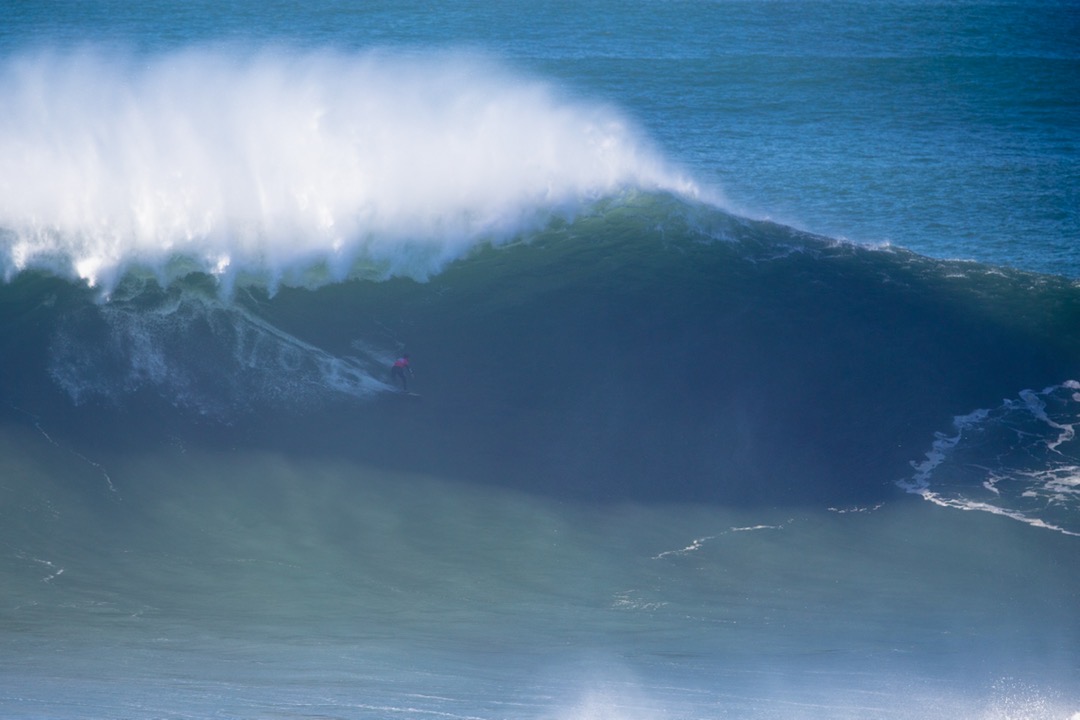 Chianca. If the worst tube caption in surf journalism is ‘looking for some shade’ etc, etc, then in this case, Chianca is looking for that rare darkness that comes when a full solar eclipse delivers the sudden eerie shadow, indicating that all life, and all hope, will shortly be extinguished forever.