[We’re screening the UK Premiere of Water Get No Enemy at the Wavelength Surf Film Festival Saturday 4th September, showcasing the latest and greatest releases in surf action and documentary. Tickets are now live! Get yours here.]

The nation of Liberia was founded in the early 19th century by the American Colonization Society, as a place for freed slaves and free born black people from the US and Caribbean. In the early 20th century, cultural leaders like Jamaican Marcus Garvey – whose name you might have heard from almost every reggae album ever made – championed the idea of the ’Back to Africa’ movement, believing that descendants of those carried forcibly from West Africa to the Americas by the slave trade would be better off repatriating Africa than live in unjust, racially divided societies in America.

The problem was of course, places like Liberia already had people living there. The ensuing ethnic divides and inequalities from the colonizers taking control of society over the native populations eventually boiled over into coups and bloody civil wars in the late 20th and early 21st centuries; about 500,000 people, and many children were forcibly recruited into armies and militias. 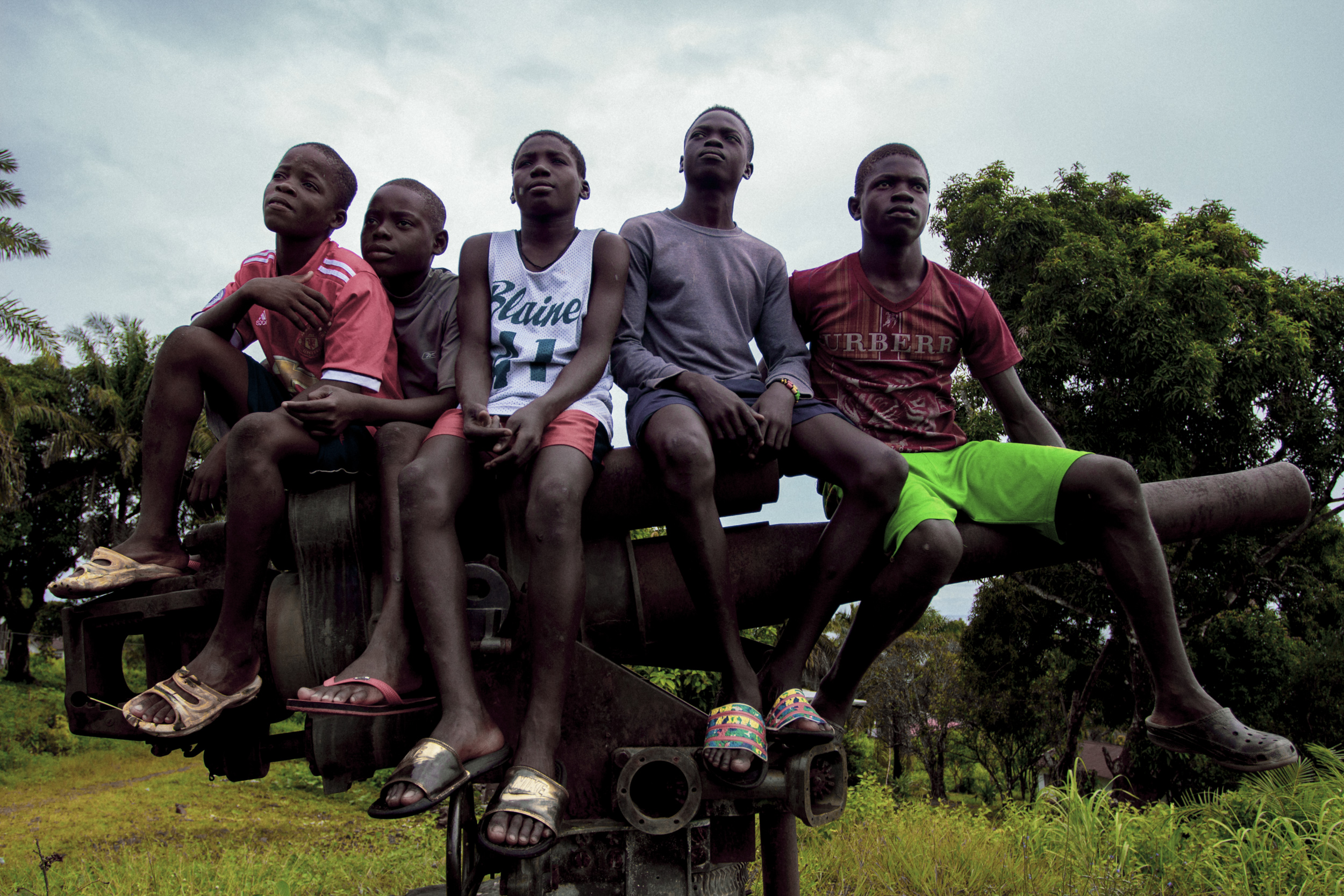 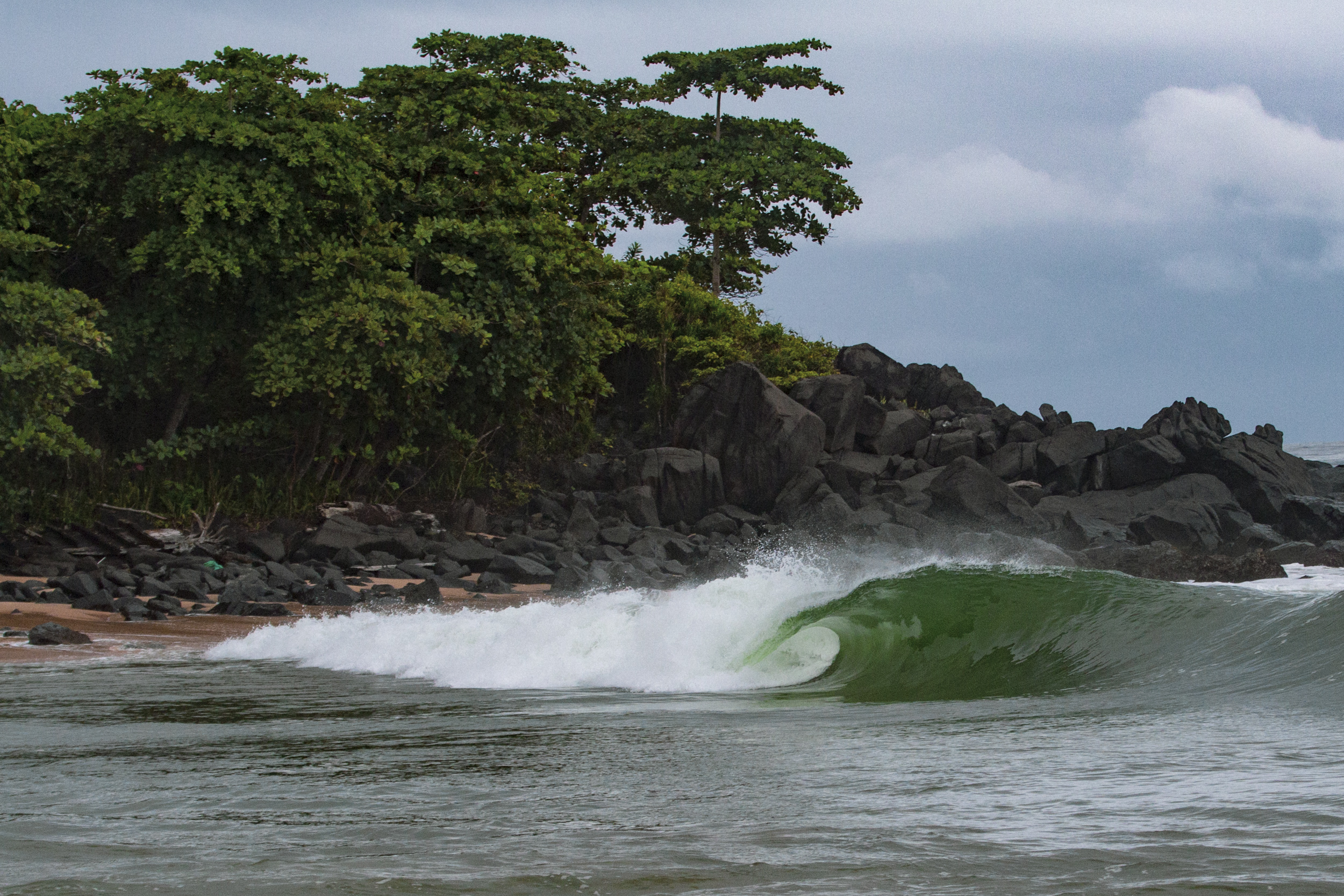 What’s any of this got to do with surfing? In the naughties, expat American and Canadian surfers started helping to establish a scene in the wave blessed coastline of Liberia, bringing boards and surf culture to a nation in need of reconciliation and recovery. The first generation of Liberian surfers were the very same generation that were child soldiers; and while swapping guns and machetes for surfboards might seem something of a trite simplification, never has surfing’s time-honoured cliché about leaving your day-to-day troubles on land when you paddle out rung truer than for a generation recovering from some of the worst human atrocities in recent memory.

The Ebola virus outbreak in 2013 further complicated the situation in Liberia, already one of the world’s poorest countries, and many of the ex-pats returned home. The local Liberian surfers persisted, painfully short on surf gear, not on enthusiasm.

French pro surf/filmmaking duo Arthur Bourbon and Damien Castera travelled to Liberia in 2018 to document the scene, their film Water Get No Enemy – a rejig on Fela Kuti’s Water No Get Enemy tells the current tale of Liberian surfing. Focusing on the Robertsport surf scene, a left point that looks as fun as any in West Africa or beyond, the film tells the stories of a new generation of younger locals hooked on waveriding.

One young skinny local goofy foot, admits to dreaming of one day becoming African champion. He shreds down the line at Robertsport on a battered, yellow needle of a 2000’s Merrick, grin as wide as the Gulf of Guinea. A trio of younger kids are trying to bodysurf nude, with small pieces of flat driftwood, to the infectious rhythms of Keita Baba Tounami’s band. While some doco’s mightn’t leave a dry eye in the house, watching WGNE invokes a different reflex; it‘s near impossible to control the urge to cast a scathing, astringent eye over one’s own, grossly overindulged quiver and immediately earmark at least half your boards for the next container ship to Monrovia.

For the surfers of Robertsport, and many others in comparable situations, a resilient future stoke lies beyond the benevolence of well meaning outsiders gifting cast off gear, one of the reasons a current project to build a club house to focus the surf scene is such an important step.

The project’s GoFundMe explains, “[The project] is a way to generate income for the community by developing surf and beach related tourism by offering visitors services such as surf lessons, surfboard rentals, food and drinks. The Surf Club will be a social, sporting and economic development asset for the village.” Beyond the initial club house phase, plans to encourage and develop surf tourism can help generate local employment, surfing providing income, rather than just solace. 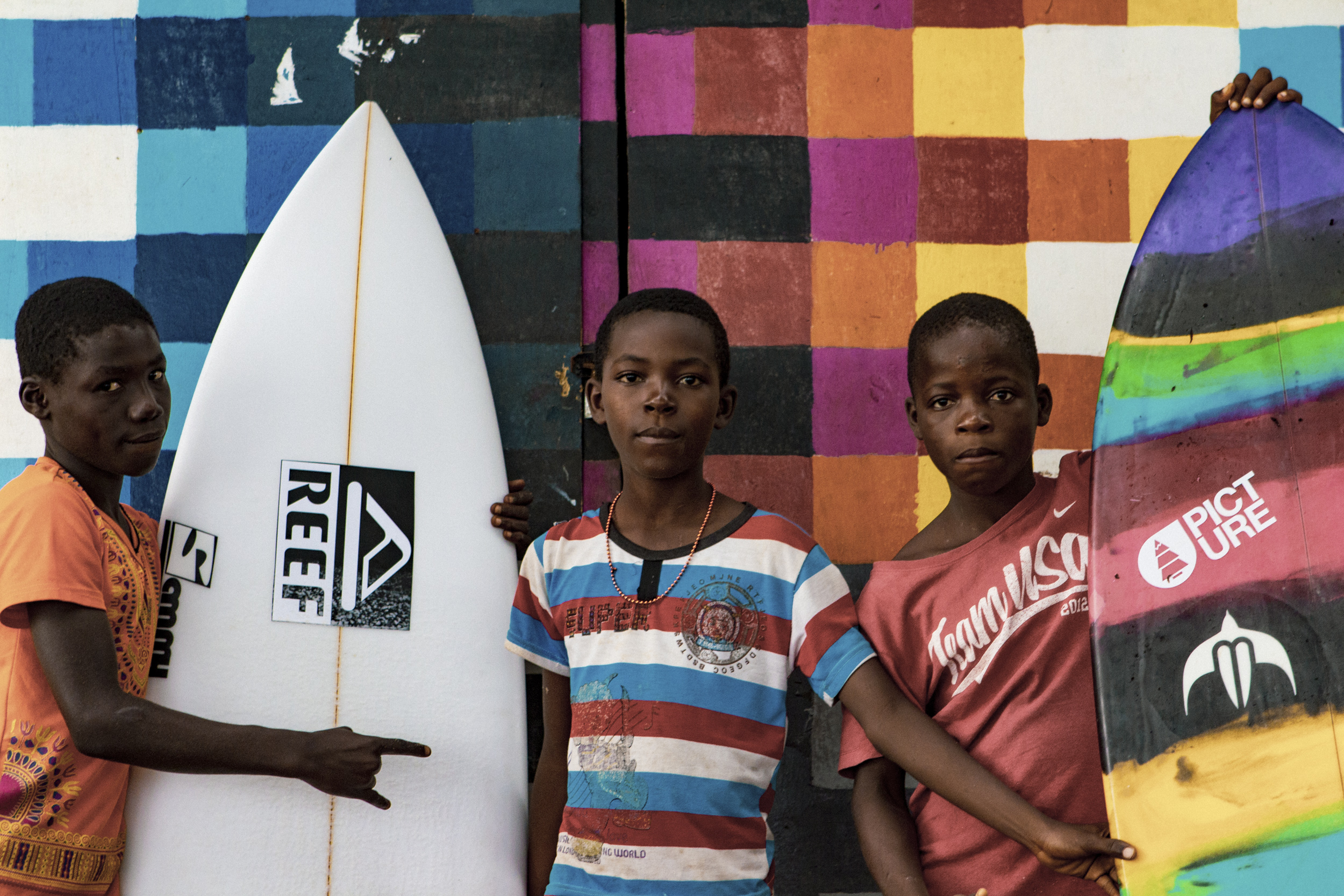 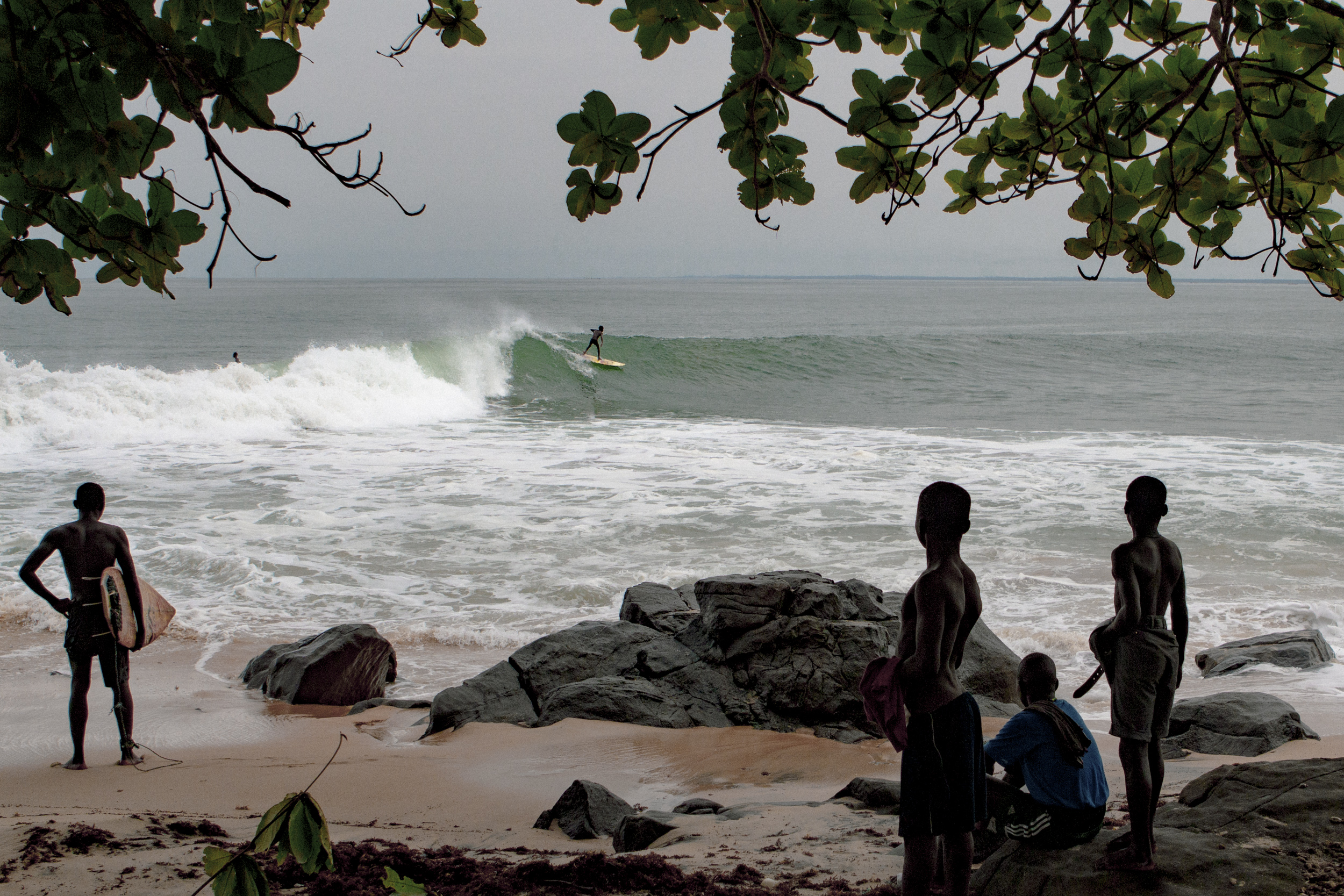 With support from the Liberian government, the Grand Cape Mount County Surf Club and NGO’s like Universal Outreach, Cross Cultural Care and Provide the Slide, construction has recently started on the club, with plans to complete before the dry season commences in November. With plenty of local stoke, energy and enthusiasm, as well as a little bit of help from Bourbon and Castera’s excellent documentary, Liberian surfing is literally cementing its own future.

In terms of the global belt of wave blessed tropical regions, Africa‘s Atlantic west coast’s jungle fringed points remain probably of the least interest to the global surf travel community. Despite initial focus from the likes of 1966’s Endless Summer, which took in several parts of West Africa, albeit with a narrative that’s aged particularly badly under today’s moral compass, a combination of factors has meant that some of the benefits that surf tourism can bring have been broadly absent in much of West Africa. The waves on offer in Liberia, like many of its neighbouring countries, are the similar to those surf tourism hotspots in Central America; warm, reeling, fun. But the health of the nascent surf scene, the social importance of a shared lineup that puts the community in touch with nature, each other, and all the benefits that comes along with those values, world class.

Join us for the UK premiere of Water Get No Enemy at the Wavelength Surf Film Festival on the 4th of September, or, if you can’t make it, find out where you can rent or buy the film to watch at home here.