Hardcore women bustin' down the big wave door, changing history and scooping a raft of awards in the process.

After smashing the film festivals and scooping four audience-choice awards the feature-length documentary ‘It Ain’t Pretty’ is about to become available on worldwide release. The movie, which has been touring film festivals around the globe for the past six months, will now be available to stream or download from 07 February.

‘It Ain’t Pretty’ tears up the traditional view of how bikini-clad surfers are portrayed in the media and replaces it with the brutal reality of shredding some of the most serious waves on the planet.

Hooding up in head-to-toe rubber the documentary follows the ‘Outer Bar Babes’ as they both painfully slam and confidentially charge their way through the behemoths of Mavericks and Jaws.

We need to break down this whole idea of sexualising everything, I’m not being sexual when I’m out surfing. I’m just getting rad.

Director Dayla Soul told Wavelength in an exclusive interview how she became disillusioned with the unrealistic portrayal of female surfers in the mainstream media.

“I was frustrated with the films that are out on women surfers because they all just seem to portray this stereotype of a beach bunny. I decided to make this film because I wanted to share the truth about who we are as female surfers and show the ability, skill and determination it takes to surf here in Northern California.” Dayla told us.

“We need to break down this whole idea of sexualising everything, I’m not being sexual when I’m out surfing. I’m just getting rad,” Rebecca Sandidge, a surfer from the film, added.

“It is clear that sex sells, but it isn’t the only strategy to selling magazines and clothing. Athleticism can personify the ability to have the courage to accomplish what you’re passionate about.” Dayla said.

Another huge positive Dayala shared with us was the reaction from the community “The interest at schools wanting us to screen it was really profound. The kids really understood the message and loved the imagery. That was my goal – to inspire the next generation to think for themselves in regards to body type and equality.” The film was funded to the tune of $36,000 on crowdfunding site Kickstarter and fortunately Dayla knew where to best invest that cash. She bought in outstanding talent and equipment to make sure the film was a success. Alongside shelling out for drone shots, Dayla teamed up with renowned documentary maker Sachi Cunningham and she also invested in a top-class editor.

The end result is a surf smorgasbord of broken teeth, spilt blood and the raw triumph of equal recognition. The film also intriguingly documents the enduring battle between the Titans of Mavericks competition and the women, who for years, fought for their right to ride the event. Finally, last Autumn, the organisers backed down and agreed to include a female heat which will start this season.

The end result is a surf smorgasbord of broken teeth, spilt blood and the raw triumph of equal recognition

Dayla had the fortune to capture Bianca Valenti when she won the 2014 big wave comp at Nelscott Reef in Oregon, USA. This single moment became a turning point for women in big wave surfing and became the motivation for them wanting their own heat at Mavericks.

While other films have focused on women big wave chargers, ‘It Ain’t Pretty’ takes a wider look at the representation of female surfing while also focussing in brilliantly on the Titans of Mavericks controversy. Luckily you don’t need to just take our word for it, as the film, with the tagline ‘The Women’s Big Wave Movement’, has been bustin’ down doors and racking up plaudits wherever it rears its not so pretty head. 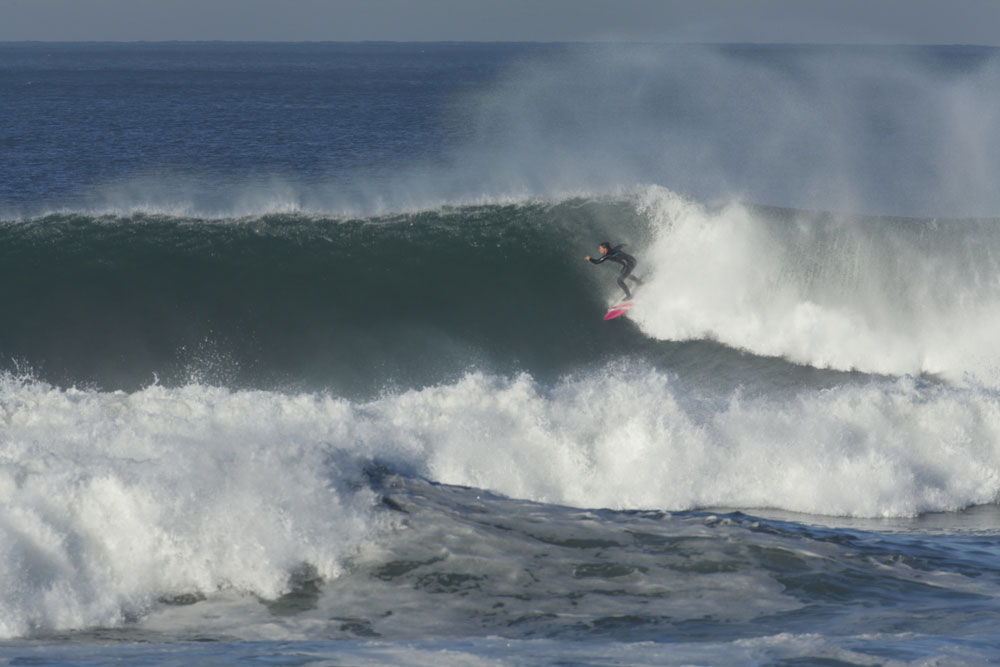