A weekend of jubilant festivities in the Basque country culminated in a big win for the young Californian. Full story here:

Last weekend the iconic Vans Duct Tape Invitational saw the world’s best loggers descend on the shores of the Basque country for a jovial weekend of surfing, skating and musical action.

The format sees Joel Tudor hand-select invitees from all four corners of the world and the resulting roster is something to behold, comprising established board makers like Warren and Burch, veteran tastemakers like Knost and Quintal, and local underground up and comers like Sadoun and Lopez. Vans riders Lee-Ann Curren, Dane Reynolds and Tanner Gudauskas also joined the party, bringing with them a variety of hand-shapes for all to try. 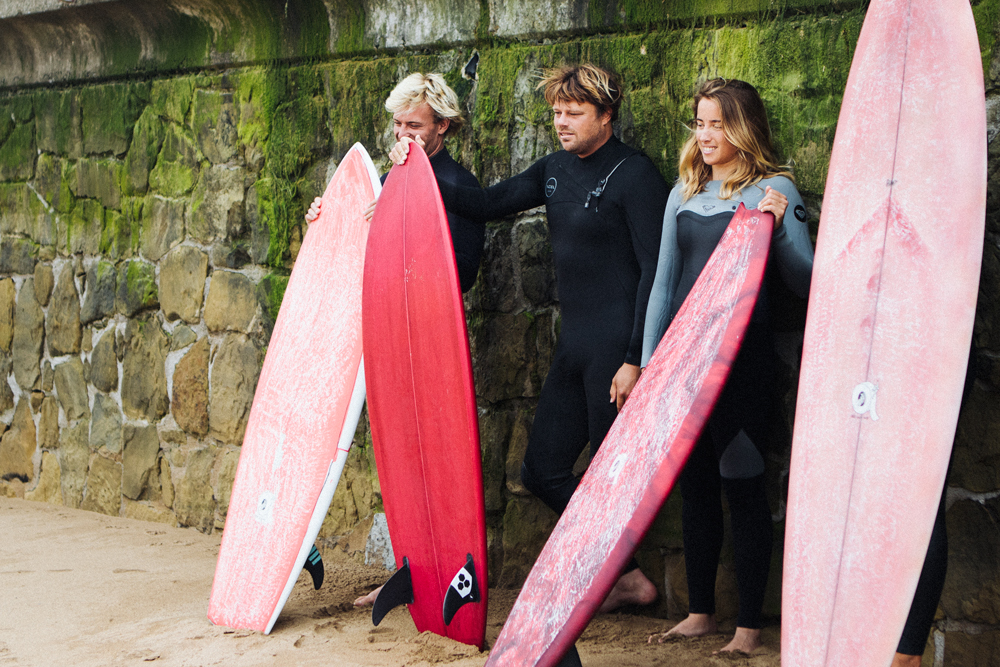 Tanner, Dane and Lee-Ann with their hand shapes, (and Knost obscured by his.)

This selection of characters makes for a genuinely unique atmosphere, where competitive grit is eclipsed by mutual admiration and camaraderie. There’s no priority, coaches or pre-heat headphone psyche-ups. Competitors simply lounge in the sun drinking beer and revelling in the action, while out in the lineup appreciative hoots ring out for every hang heels.

Jordan Spee and Tyler Warren nabbed the best shared wave of the morning in the first heat and were rewarded handsomely with a €250 each, which is up for grabs in every heat. ‘Do you want to make some money’ Warren asked Spree, as the pair stroked into a glassy right, expertly trading highlines in the pocket and round-houses out on the face. 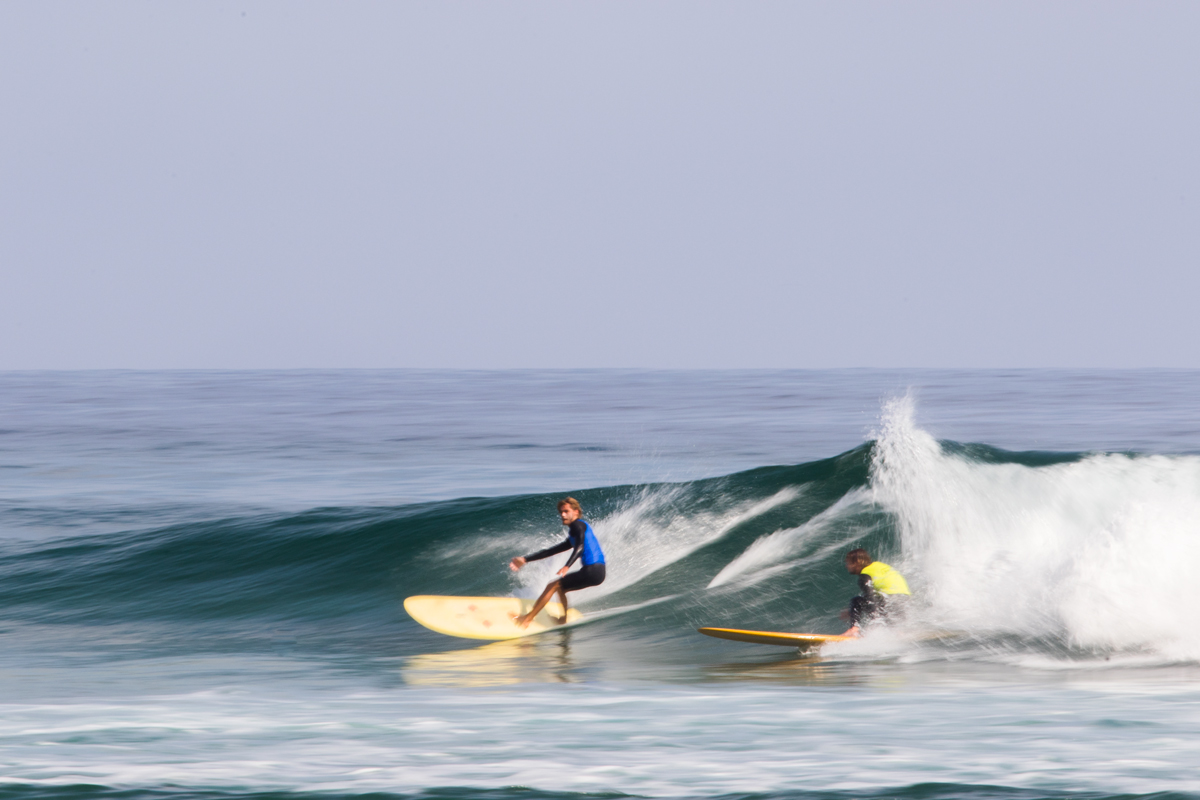 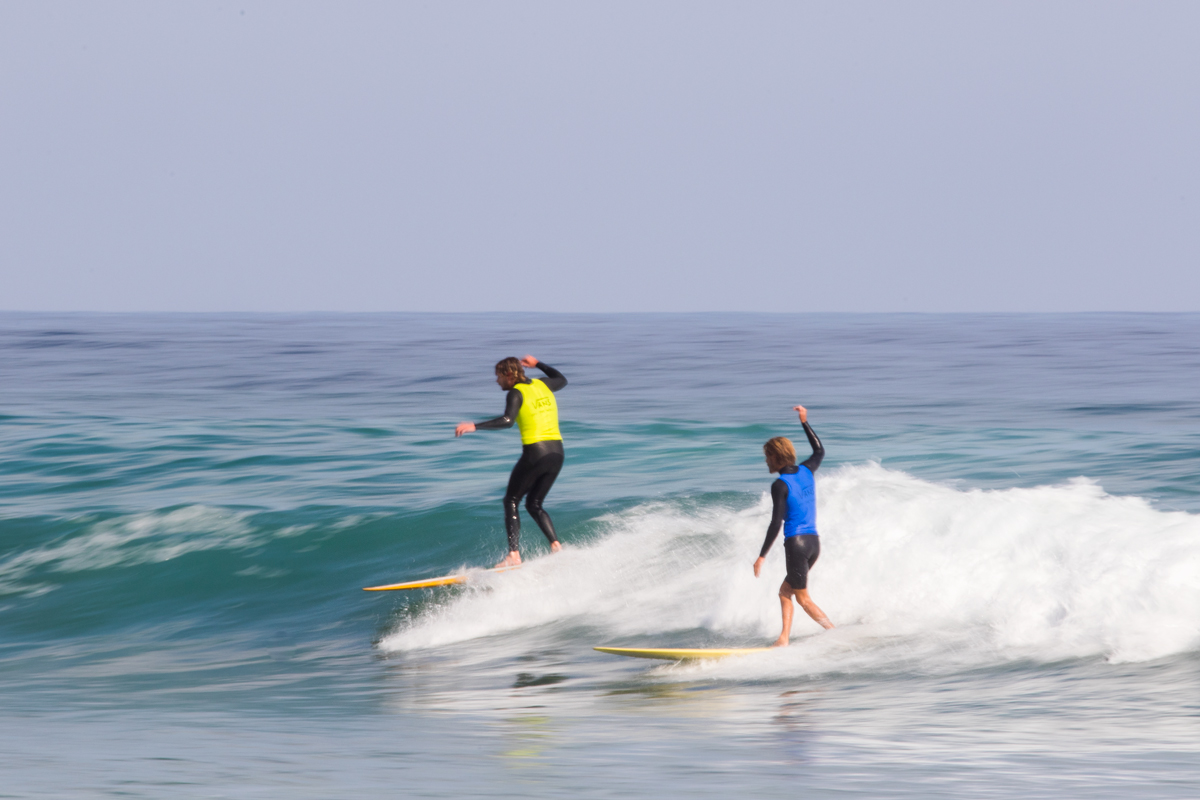 Cornishman James Parry looked right at home on the long reeling walls in the second heat of the morning, with a series of perfectly placed nose-rides seeing him into the semis behind Burch. 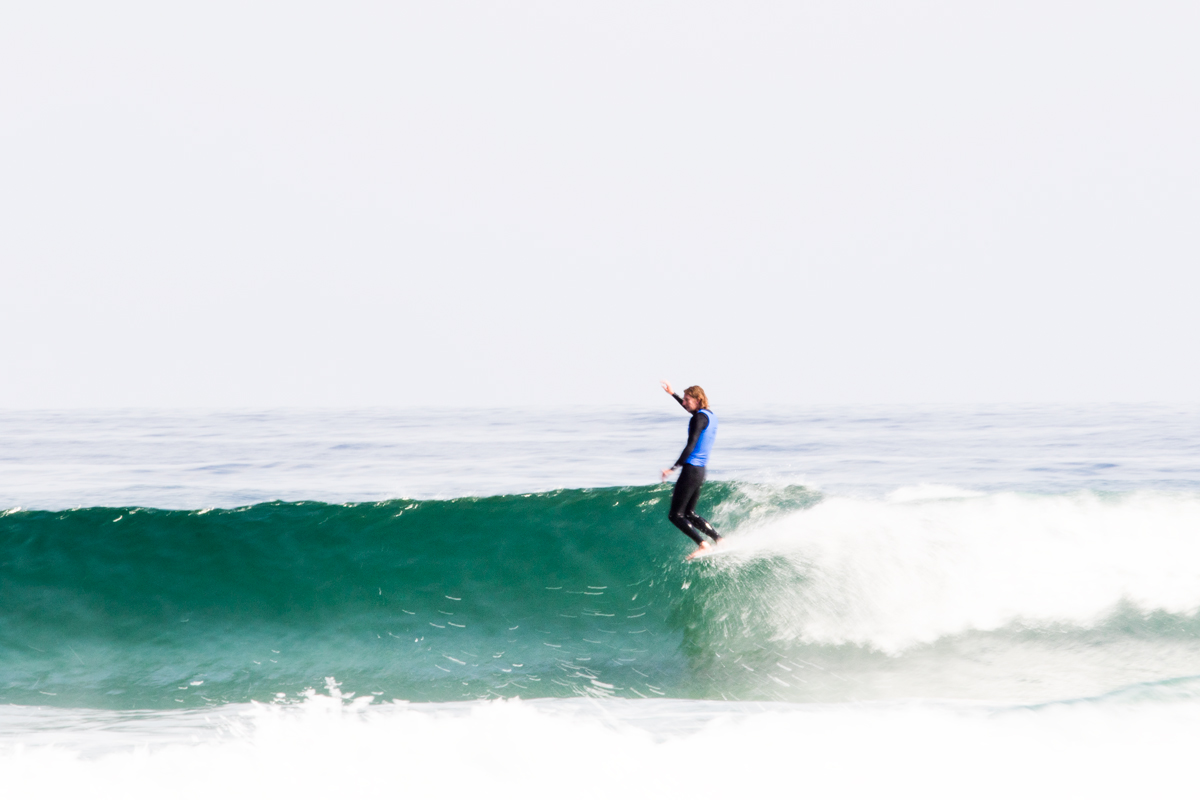 James Parry perched on the nose as a long glassy wall stretches out in front of him.

Of the under 20’s, Zack Flores, Nathan Sadourn, Saxon Wilson and Kai Takayama all put on a display that showed the future of logging is in good hands, however all but Kai fell to the experience and light footedness of the old guard as the semi finals were decided. 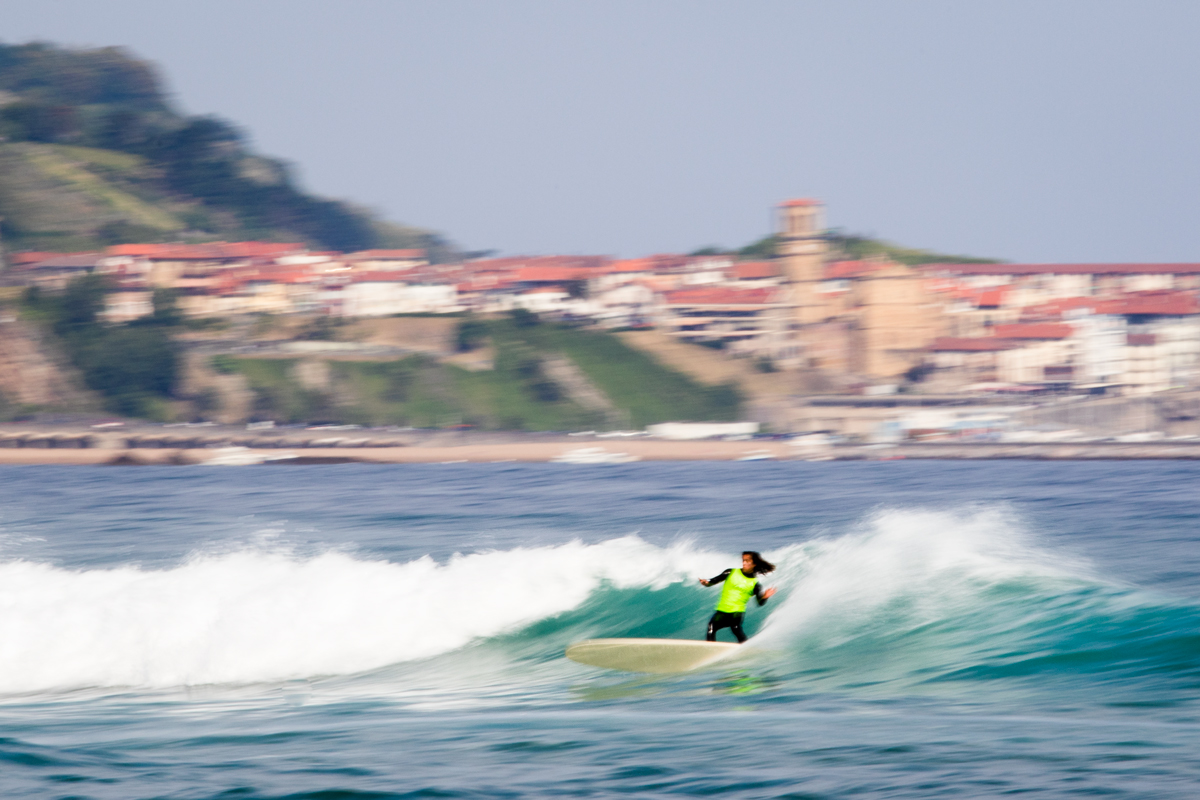 After a brief sun drenched adjournment through the middle of the day, the competitors re-entered the water as the tide hit the sweet spot. A festival of spontaneous and eclectic surfing ensued, with nods to icons of bygone eras interspersed with truly progressive displays, including switch nose rides and power carves. The hand shapers (Burch, Knost, Warren) looked faultlessly in sync, however, in the end it was the energetic spontaneity of Andy Nieblas which proved dominant. 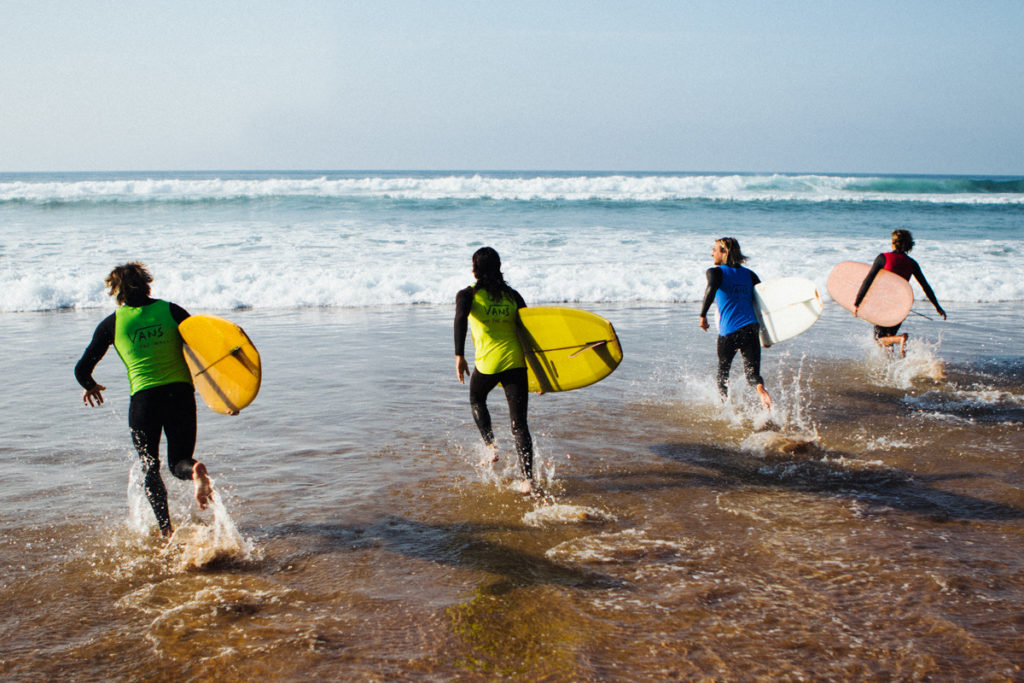 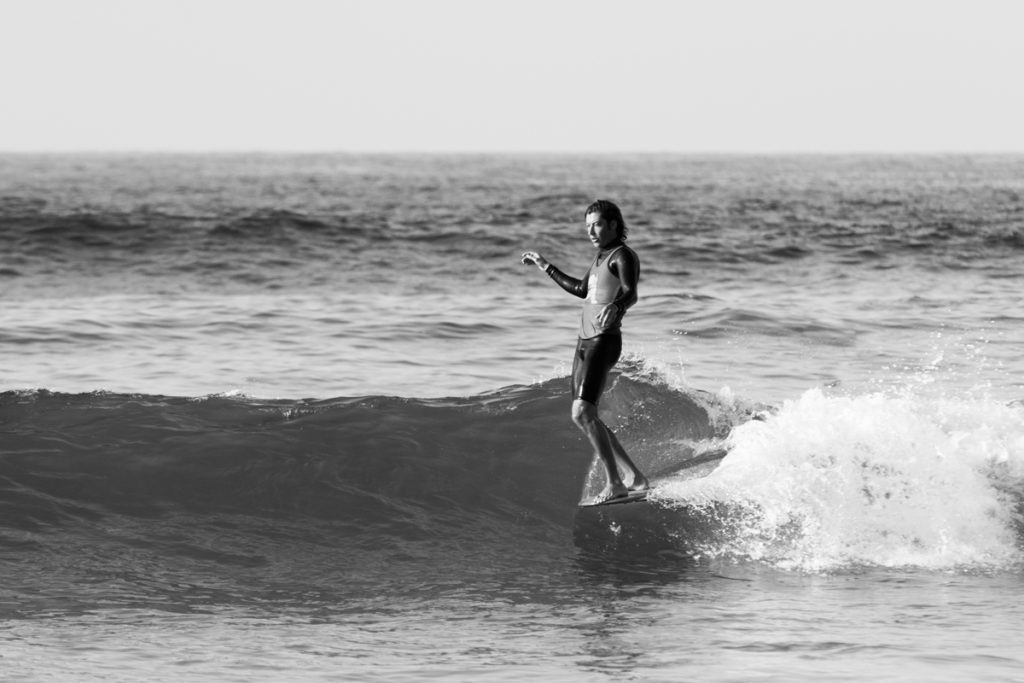 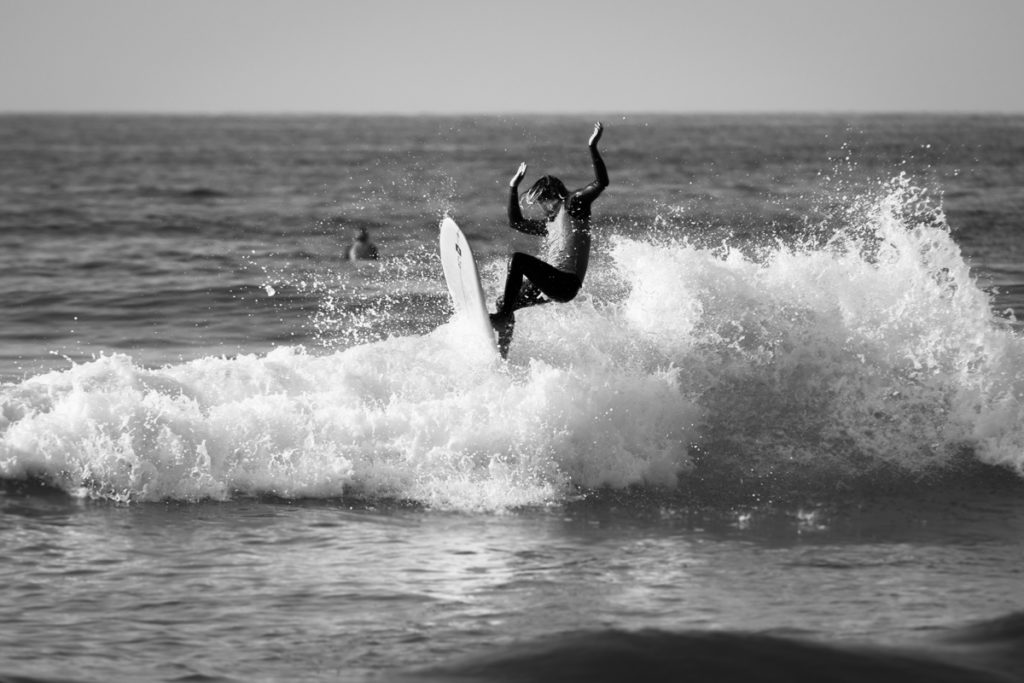 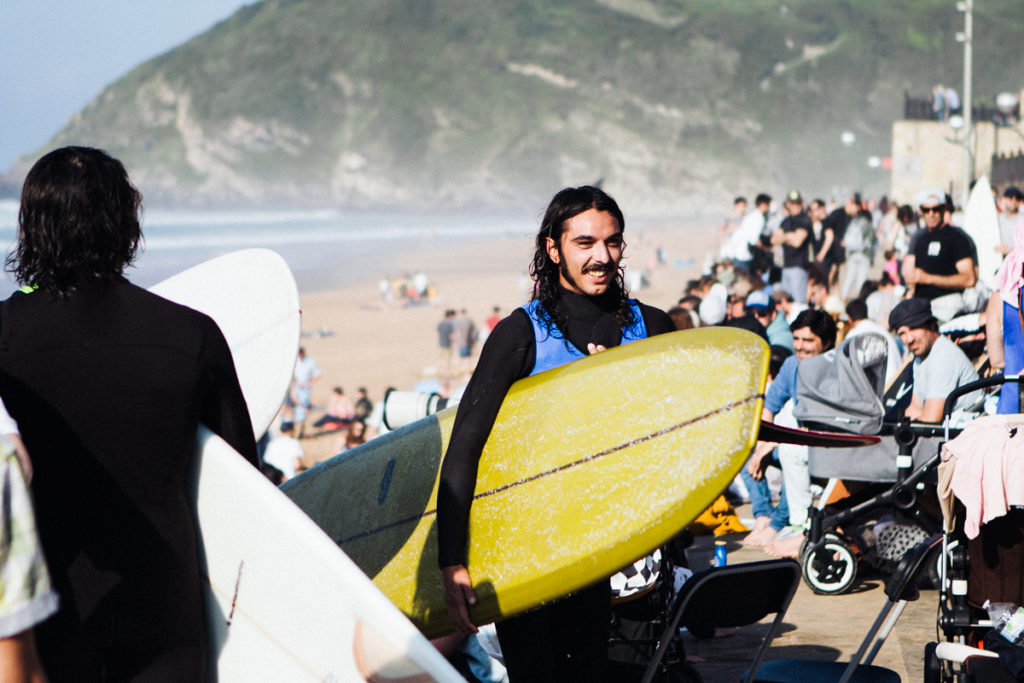 After sailing through his semi with a perfect 10, Nieblas just pipped Knost to the post in the final with a display of sublimely flamboyant surfing. The humble young Californian was both a crowd and a competitor favourite and everyone squinted and beamed through sunburnt faces as he bathed in a warm champagne shower as the event wrapped up on Sunday evening. 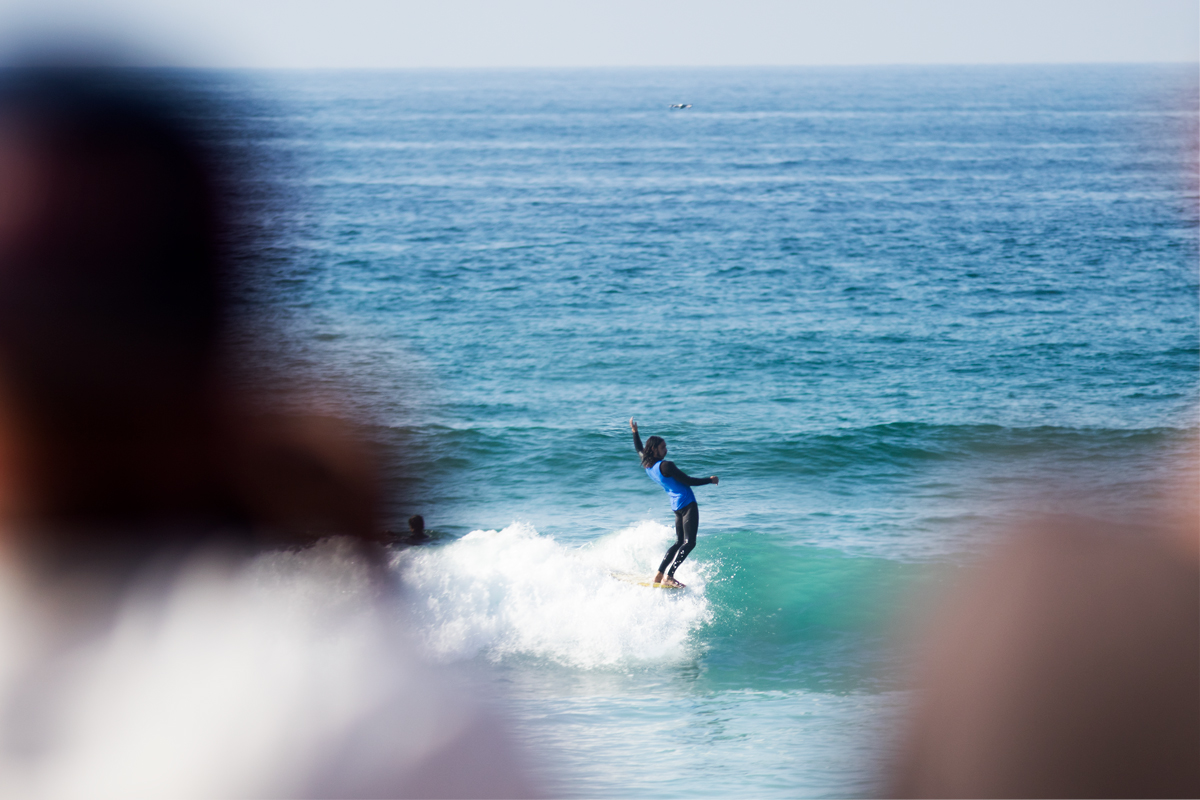 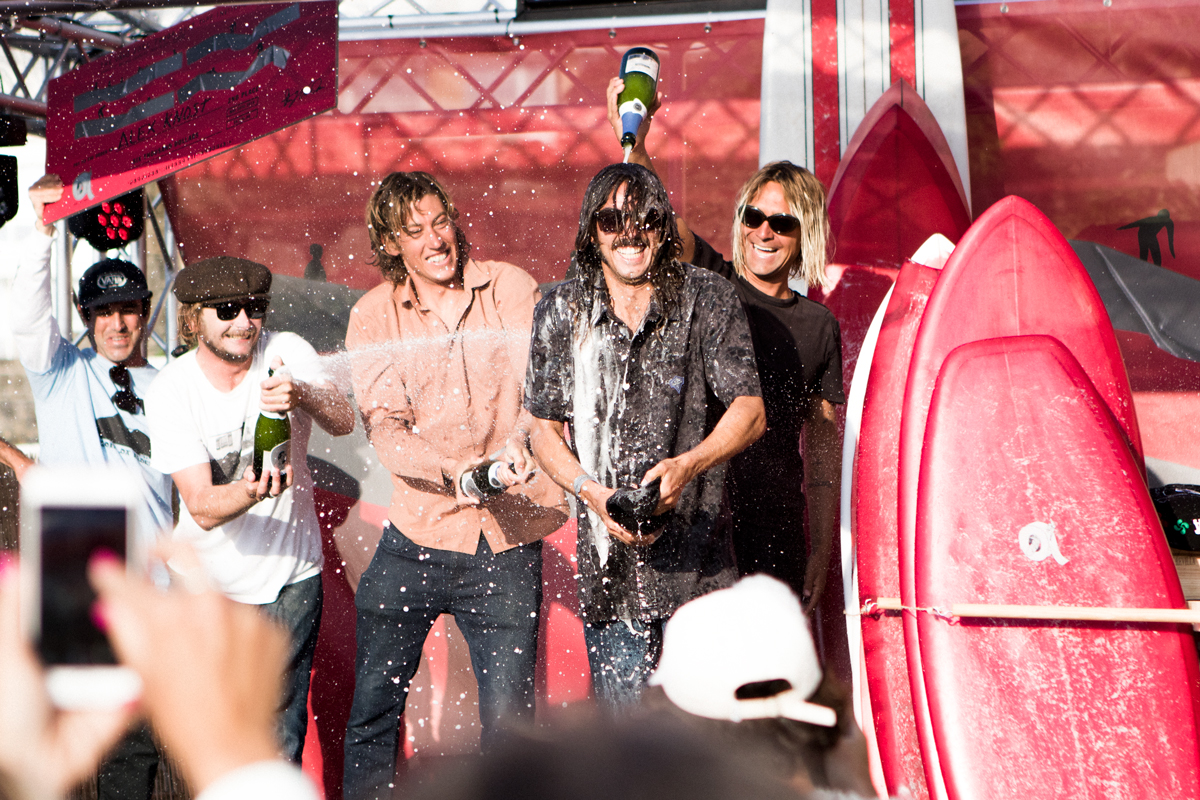 Check back later this week for a full round up of all the proceedings, including interviews with some of the event’s main protagonists and more photo and video highlights.