Home » Could This New Artificial Reef Design Be The One To Turn Newquay Bay Into A Surfers Paradise?

Could This New Artificial Reef Design Be The One To Turn Newquay Bay Into A Surfers Paradise?

A new artificial reef is currently being tested that promises to turn straight close outs into perfect wedgey peaks. If it works, we think it's time to relaunch a campaign to get one installed in Newquay bay.

Throughout the early 2000’s proposals were repeatedly made to broaden Newquay’s surf appeal by installing an artificial reef in the bay.

In 2005 Bournemouth and Borth councils both announced they’d be installing surf reefs, and afraid of losing its status of Britain’s surfing capital, Newquay launched an official bid. However, the plans were quickly scuppered by an outcry from rowers who didn’t fancy making a slight change to their triangular route and fisherman, who were afraid improved waves in the bay would interfere with their use of it.

“We think it’s a terrible idea, a complete waste of money” raged an indignant Phil Trebilcock, who lead the campaign against the construction. “Who’s going to have to pay for this? Taxpayers? We don’t want it. It would be a catastrophe.”

Over a decade on, a quick look at how Boscombe turned out reveals the council and the town probably dodged a bullet and in the years since the Dorset debacle, the world’s focus on man made waves has switched from artificial reefs to wave pools. However, considering how much clean fun sized swell the bay receives and how woeful its native bottom contours are at turning it into anything other than a wobbly closeout, many in the community have clung to dreams of one day installing a wave improving structure in the bay.

Boscombe reef…. on a good day.

The numerous failed attempts undertaken around the world by now defunct reef-building cowboys ASR may suggest it’s an impossible task, however there are also many examples of places where man made structures have made incredible waves, just usually completely by accident. Think Sandspit, Snapper and the Wedge for example. Accordingly, it seems with improved design and testing a reef could be constructed that actually worked and met the needs of all ocean users.

Recently a new artificial reef appeared that looks like it could be a winner. It’s called the AIRWAVE and is being developed by a chap named Troy Bottegal of Waveco PTY. It features a dome shaped rubber bladder, with the bottom half sunk to the sea floor with sand and the top half filled with air. It’s intended to be anchored just off the beach, and claims to be able to transform even the straightest of close outs into finely groomed wedgey peaks, making it perfect for the bay. 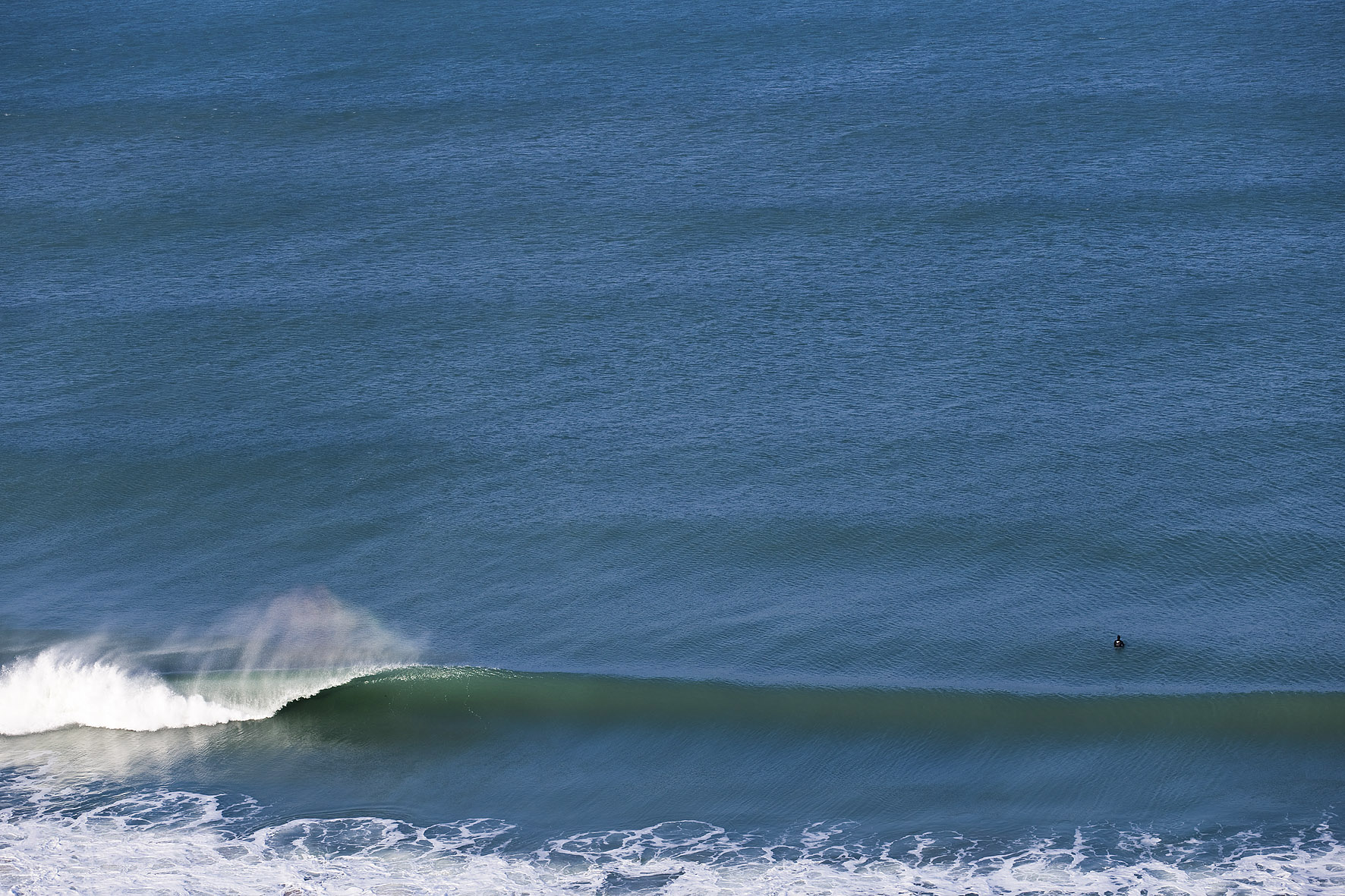 Imagine if one day you rocked up and the bay looked like this…. Photo Greg Martin

Bottegal claims he’s already received interest from Virginia Beach and an undisclosed city in Western Australia, with both volunteering to serve as test sites.

“It’s really exciting we’ve got a city in southwest Western Australia that actually wants to put it in.” he told Stab. “Normally you’d have to convince people to put in a test project when it’s unproven, but these guys said, ‘Yep, we can do it.'”

If the AIRWAVE can prove it does what it says on the tin at these test locations, we’re primed and ready to relaunch the campaign to get one installed in the bay.

Rather than Tolcarne, as originally proposed, we’d suggest low tide Great Western as the perfect spot. It’s far enough from the harbour entrance, near enough to our office for and home to the straightest closeouts around. 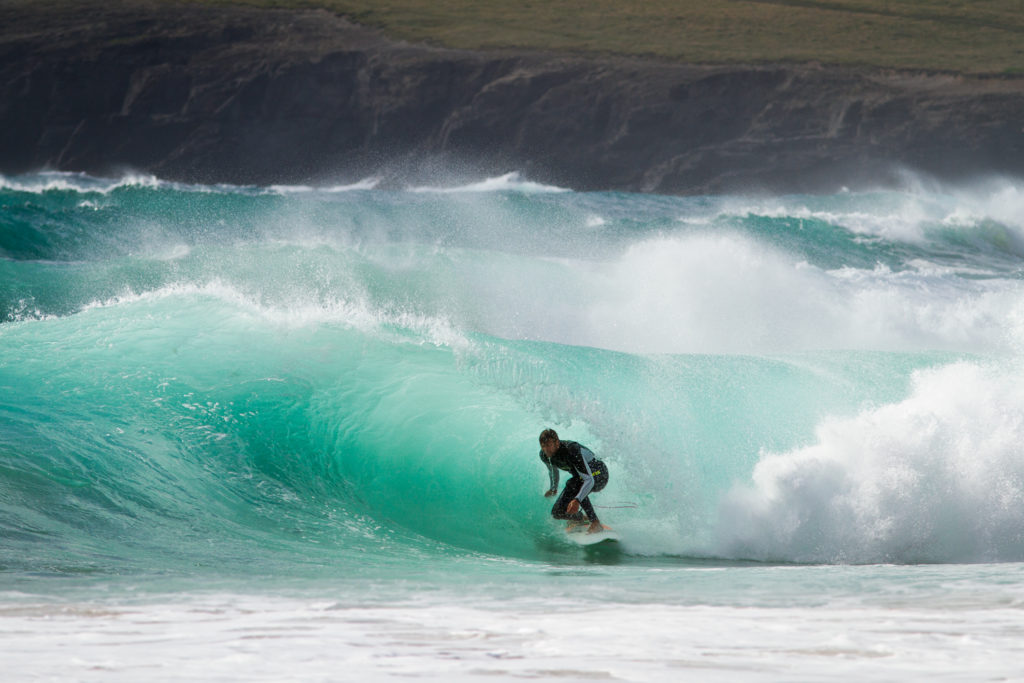 Of course there’s still the issue of funding, but perhaps it requires a more innovative approach than just asking the already over-stretched council budget to cover it. We’re thinking crowdfunding, fundraisers (parties), small donations from the businesses in the reefs immediate proximity or a big stump up from an absurdly wealthy surf lover.

Basically, if it’s guaranteed it would work, it’s a resource everybody would want, and so surely we could find a way to fund it. As for the gig rowers and the fisherman, hopefully, the size and positioning of the reef would make it easier to avoid than that previously planned.

Of course, there would be some details to iron out, but we’ve put a man on the moon for goodness sake, surely it’s within our wit to create wedgey peeling waves in the bay of dreams.