We sat down with Adam 'Bearman' Griffiths after a second place finish at the Surf Relic in Malibu. Here's what he had to say:

Last weekend Adam ‘Bearman’ Griffiths landed a second place finish in the modern division of the Surf Relik in Malibu.

The event, currently in it’s second year, sees the world’s best longboarders assemble for an unparalleled showcase of contemporary and traditional longboarding.

Earlier today I popped down to Bearman’s surf school to find out more about the event. Upon my arrival I found him trying to explain to some customers unwilling to pay the extra for a SUP that they wouldn’t be able to stand up and paddle a foamie. Faced with their insistence, Bearman, mild mannered as ever, eventually gave in and they marched off seaward, foamie under one arm, and paddle firmly grasped in the other.

“They probably don’t know you just got second at an international longboard comp do they?” I asked. 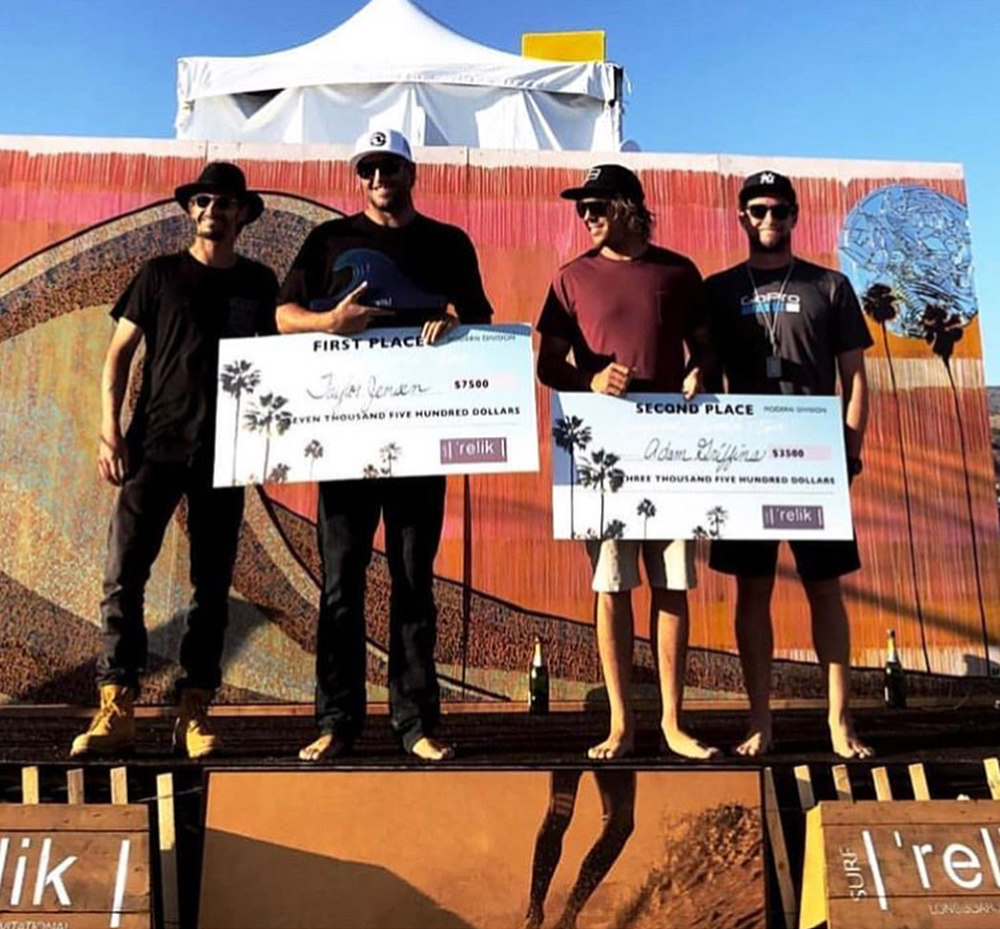 “How are you feeling?” I asked. “I’m a bit span out, I got home at like two o’clock this morning and I’m straight back into work.”

“It was a sick trip though, the waves were super fun, we got a really fun swell before the comp started then it was small for the first day but pumping on the second.”

“I had Eduardo Del Perro, in my second round, he’s world number two at the moment, so I was like shit, that’s a pretty tough heat, but luckily I kept busy and got my scores and I think he ended up just sitting there for 30 minutes and only caught one wave.”

“The team who are putting on the contests really want to give the competitors a VIP experience. We had sushi put on for the two days by some of the best sushi restaurants in California apparently.” 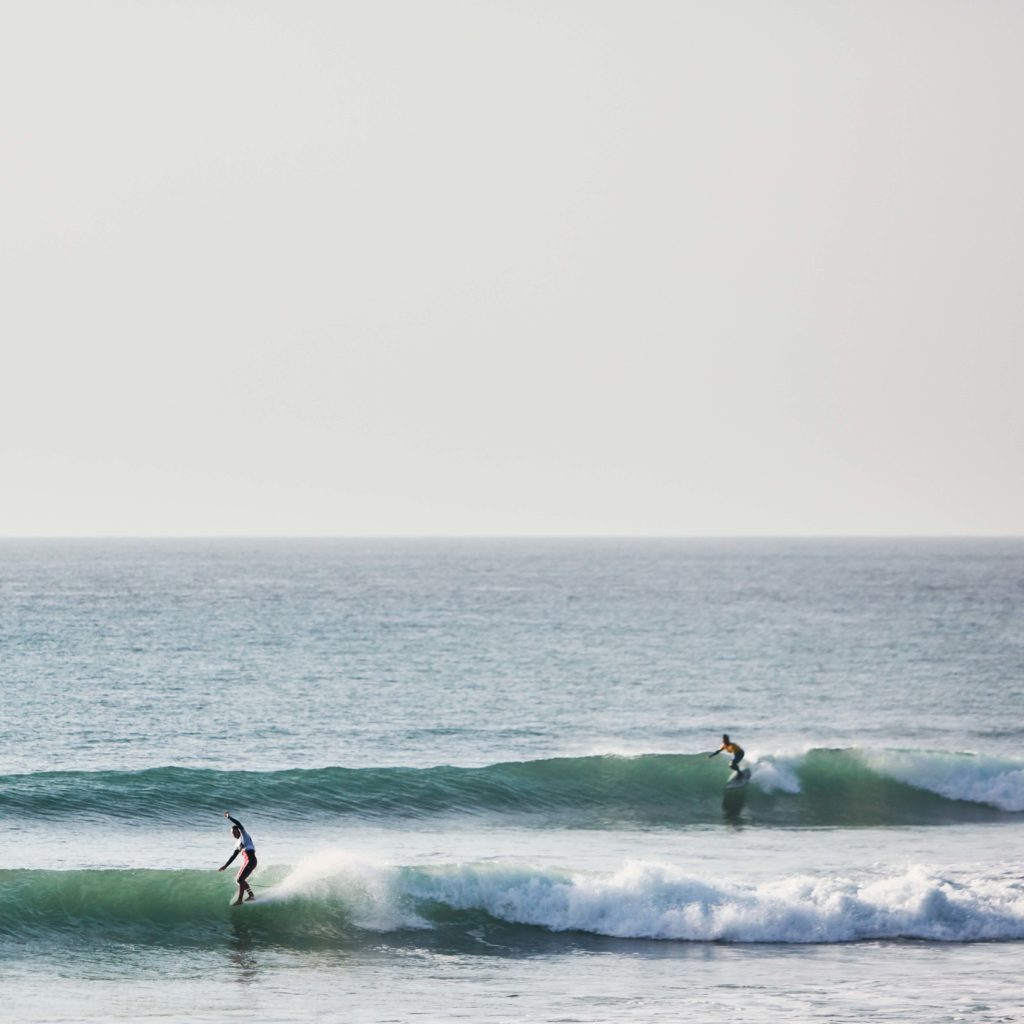 The set up. Photo Surf Relik

The goal of the Relic is to bring together the divided worlds of traditional and modern longboarders for a fun and entertaining weekend in the dicipline’s historic heartland.

“All those traditional guys are full characters.”

The new tour was first announced last year after growing disillusionment in the community with the WSL World Longboarding Tour.

‘Who are the organisers?’ I asked.

“It’s run by Untitled Arts, an art company who are interested in longboarding and want to see it grow, they want to combine artists and interesting people at the contest. They had a load of street artists there and the lady who runs it, called Brigitte, is a famous artist, so she sells off a couple of her pieces to help fund the event.”

“Yea, I won 3500 dollars, so it paid for the trip and hopefully I can take the missus and baby over there for the final one in September now” 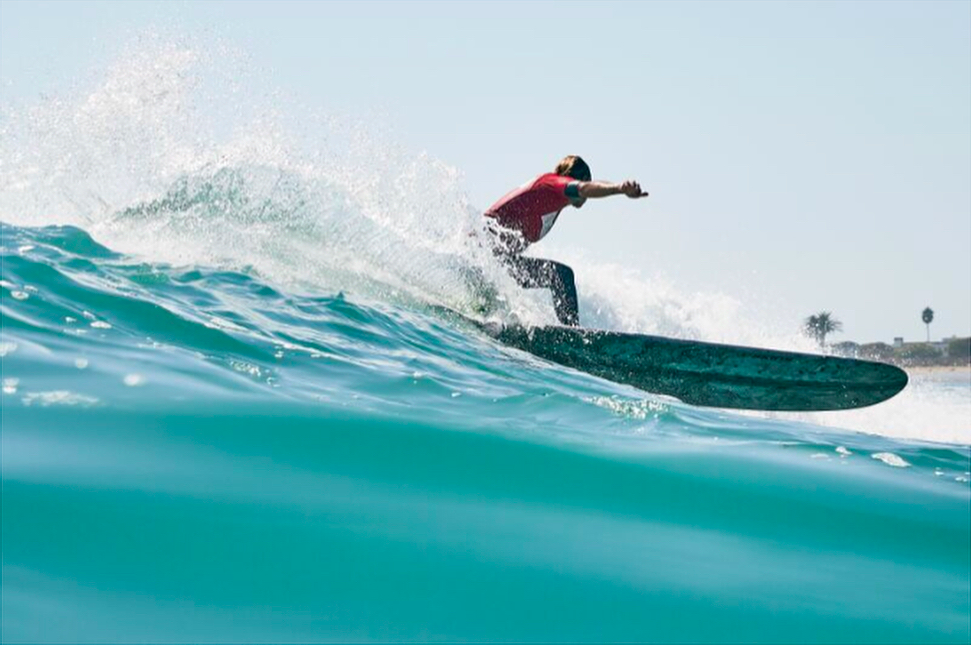 Bearman pauses to serve another customer. ‘So what’s your secret to all these good results recently,’ I ask. ‘Is it working all the time and not getting much sleep… or?’

“I think just enjoying it, I’ve got no pressure on me anymore, I’m going to the contests because I actually want to do it. And I really enjoy it, where as a few years ago It felt like it was a bit of an effort, but something sort of clicked for me. And I think maybe because I have to work more I enjoy and appreciate going surfing more.”

“Also, because I’ve been in China and Taiwan competing on the World Tour for five or six years on lefts, where the waves didn’t really suit my surfing, where as I think the right in Papua New Guinea, the left and right peak in Taiwan, and then obviously Malibu suit my surfing much better. To be honest with Malibu, it’s hard not to surf it well”

“I guess Malibu suits pretty much every longboarder’s surfing though,” I reply. “So it must be a real vindication to do so well out there on such a quality playing field.”

“Yea man, it’s nice to get the confidence and beat Harley [Ingleby] (2X Longboard World Champ) twice in one day” 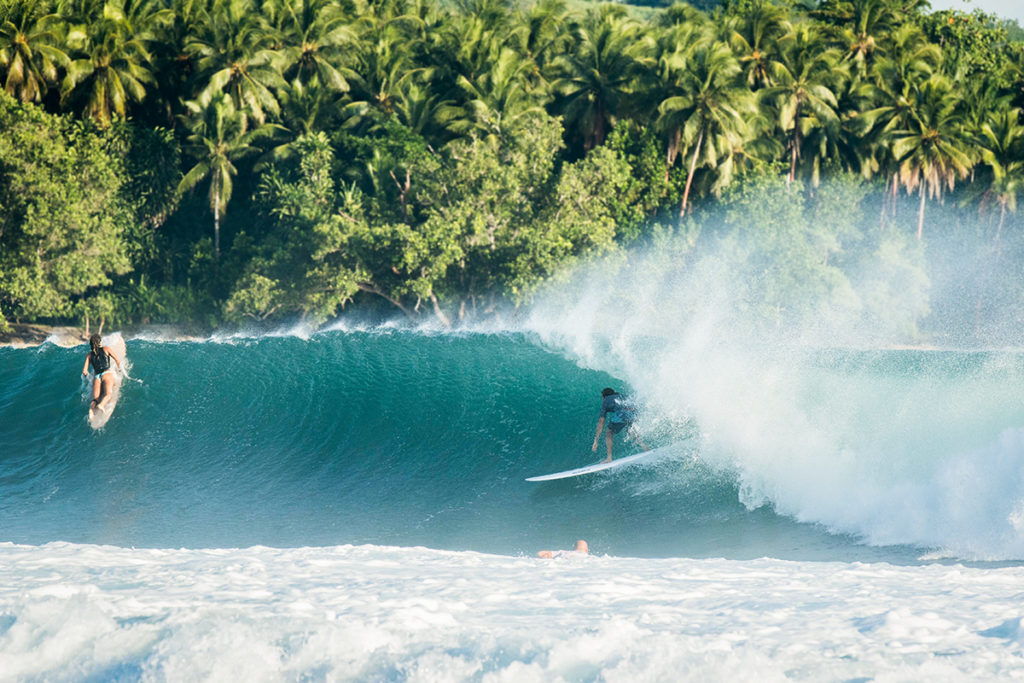 Bearman finding some shade during a blissful morning free surf in PNG before storming to a 3rd place finish. Photo Andrew Carruthers.

Bearman has a little break now before Boardmasters, where he’s looking forward to competing on home turf. Then he’s off back over stateside in September for the next Surf Relik, which will take place at Trestles, before heading to Papua New Guinea and Taiwan for the two Longboard World Tour events, where a world champ will be crowned.