Few sports as are intertwined with motor vehicle journeys as surfing. For most of us, true liberty comes pretty much when the driving licence is obtained, from which point, the surf possibilities are endless.

Whether you enjoy the road trip as for its own sake (some people just like driving), perhaps embracing the golden age of motoring (boiled sweets, driving gloves, panama hat & tartan blanket on parcel shelf) or whether you’ve decided in our ever-warming Anthropocene era that flying is way too carbon-guzzling and irresponsible, the road trip remains the everysurfer’s ticket to (relatively) exotic shores.

Sure, petty is pricey, but pack in enough of you, and it becomes a reasonable financial burden versus waves surfed and best life lived. If you have access to a van (or just reclining seats) your transport also becomes your accommodation, your centre of shred excellence and above all, enlightenment. 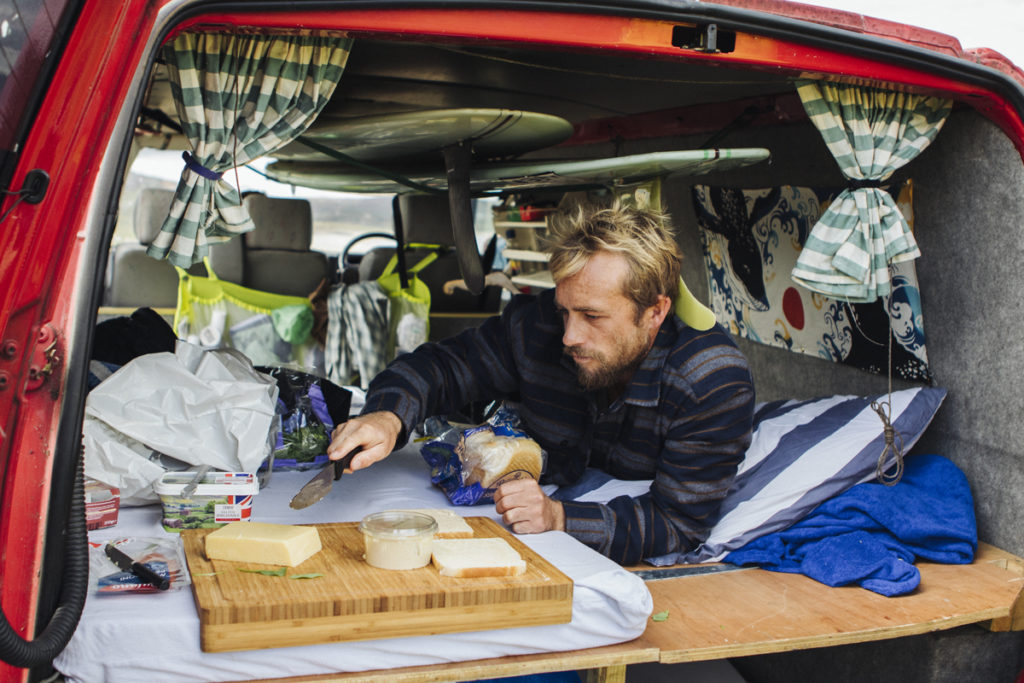 Ever the space-saving innovator, Mike Lay opts for the cheeseboard pillow.

What is worthy as a vehicle depends on the requirements (diva-ness) of the shredders. You can kip in almost any vehicle if you really need to; three of us once slept in 2-door Polo from Devon to Spain and back after our tent got stolen. I’ve done Plymouth-Thurso-Hebrides and in a 2 seater Fiesta van called The Pecker Bus…

On the flipside, I done an en masse luxury RV convoy up through France for the O’Neill Mission (sharing with photogs Timo Jarvinen and Carlos Pinto), slowing down on purpose through towns just to watch the steam come out of the ears of angry little men in cars behind (usually me).

Here are some of Europe’s time-honoured roadies, and what to expect both en route, and when you get there. 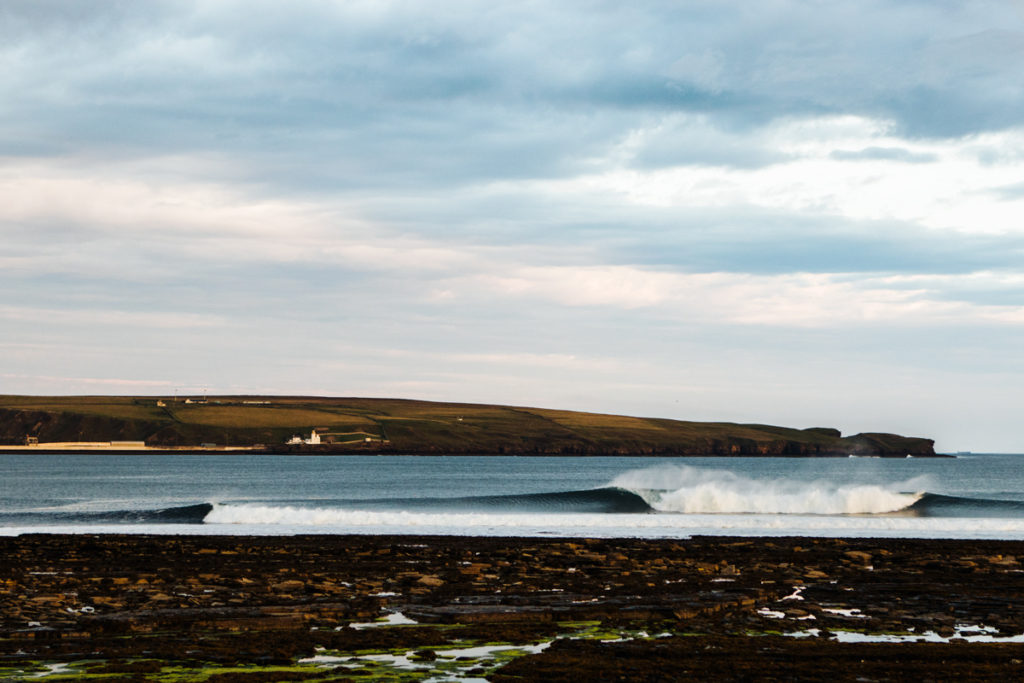 ‘Wish we were surfing 2ft crowded closeouts at Le Penon’ said no one ever when Scotland is looking like this.

Cost: As well as fuel, you might need to budget in 3 points and 90 quid speed awareness course, from the average speed checks in Scotland.

Difficulty rating: We got lost in the Pecker Bus in Glasgow once, but other than that, pretty straightforward really, other than the fact that once you’ve been driving in Scotland for a while, you realise there’s still 4 hours to go.

Must do: Tebay Services, obvs

Scotland is beautiful with exceptionally good waves, so a well considered, well timed swell strike is not only every UK surfer’s right, it’s also your responsibility.

However, when things go wrong north of the wall, they go wrong more and worse. On the occasion that you’re buffeted by endless shit winds, waves and weather, spent considerably more dough than you’d hoped, it’s hard not to let dissenting, mutinous thoughts creep in, like, ‘Why the fuck didn’t we just go France?’ 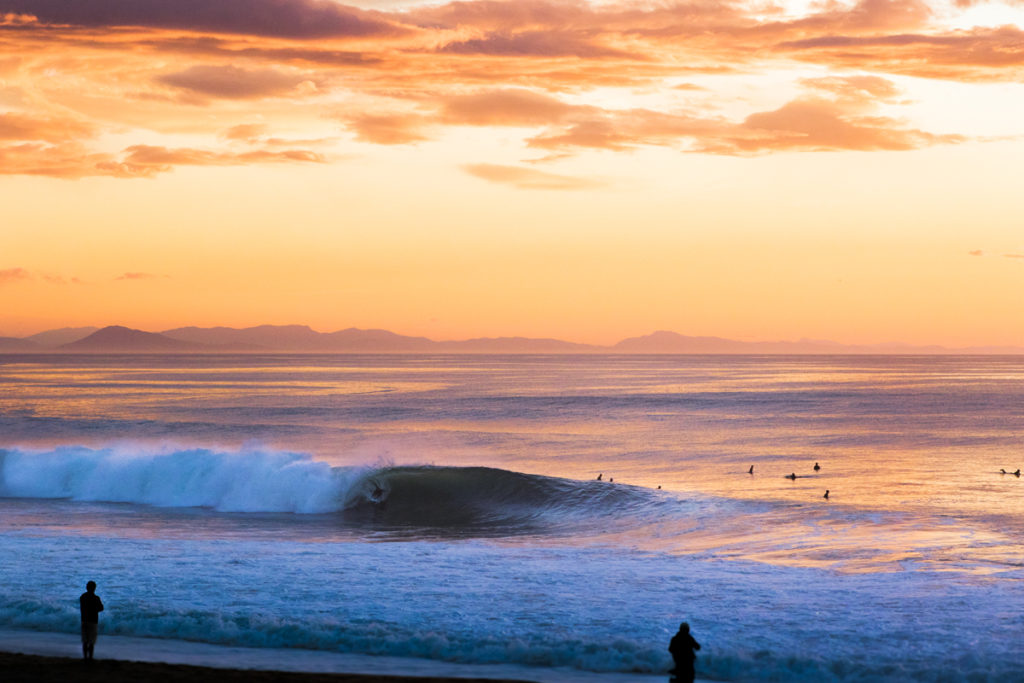 France… where the tunnels and the potential courtship opportunities are better than the motorway services.

Cost: Ferry canny pricey, tolls to cross France will be about 100 euro

Must do: Lower your expectations for services in terms of refreshments en route. Starbucks/M&S or Costa/Waitrose combo is unique to the UK. Provision for the journey south before you leave.

Shred en route: You could, but you also sorta just could not.

Ferry choice or even Channel Tunnel is much of a muchness really, there’s less in it than you’d think looking at a map. The Roscoff Ferry is favoured by for SW based crew, otherwise take your pic from Cherbourg, Le Harve etc. Nobody in France has ever heard of Roscoff, btw. It’s the secret ferry port.

The route is largely untroublesome, except maybe some Rennes/Nantes ringroad fuckups, if not overly scenic.

There is shred along the way, but nothing really worth stopping for as it’s a bit of a deviation, if you’re stopping for a beachie it’s probably more similar to what you surf at home than anything classically French and thumping.

Once you negotiate the Bordeaux rocade you’re ‘downhilling’ and so close you can actually smell it for about an hour before you arrive (well the pines at least). Beach car park van life has been a bit more Babylon’d these days by the PoPo, you might get moved on, fined, have height restrictions etc, it’s a bit of a cluster. But still, in terms of chances of tubes and revelry, it’s still pretty hard to beat. 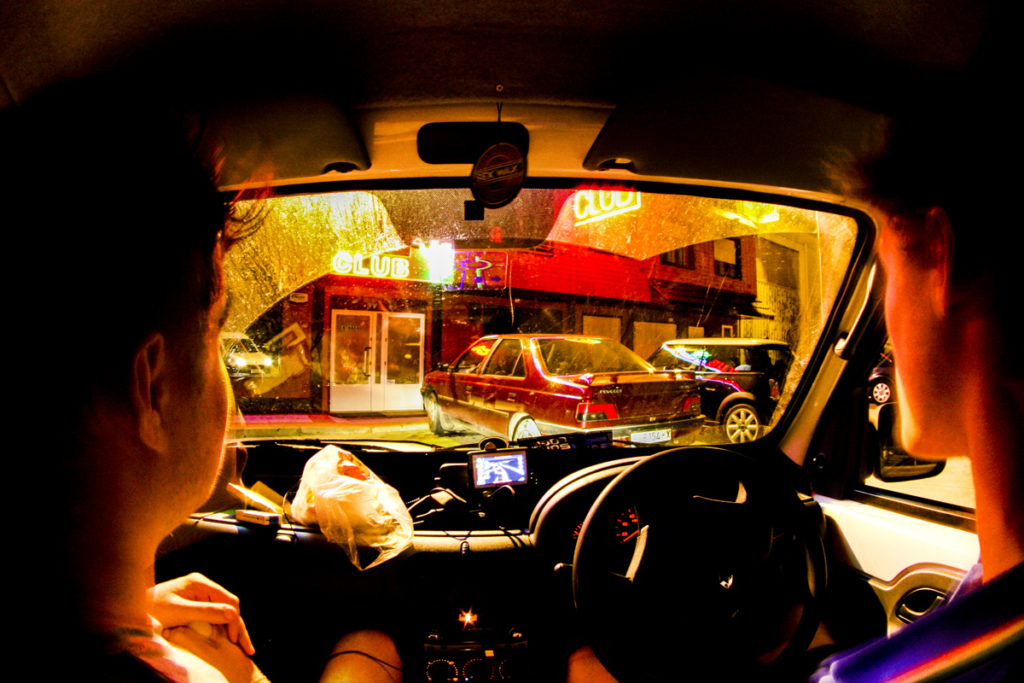 FYI ‘Club’ in Spain does not mean the same thing as it does at home.

Cost: You’re gonna do about 100 euros on tolls

Must do: Fill up on the Spanish side before crossing the border

A boring, if relatively easy drive. It’s pretty scenic each end, not so much over the top of Spain, where it’s mostly windblown services with little framed pics of Moto GP’s from 1998 on the walls and sad looking tapas being breathed/coughed/farted on all day.

Slater is rumoured to have done Peniche to Hossegor in about 6 hours in an Audi Q6, and there are plenty of other colourful tales of French pros refusing to pay the tolls and sneaking under the barrier with the car in front. In more recent toll news, they’ve taken the big one out near Burgos, and on the Portuguese side, well there aren’t barriers anymore, only number plate recognition.

A strong case for the coastal route.

Time: 16hrs driving if you did it non-stop, which you’d be mad to.

Difficulty rating: More traffic issues and some navigational puzzles. You’re not doing this for ease, you’re doing it for shred

Must do: Use full quiver of wetsuits. You could be surfing in boardies in France, a shorty in Asturias and a 4/3 in Pantin…

The coastal route is much longer but very, very shreddable. In fact, this route, along the north and west shores of Iberian Peninsula taking in the Basque Country, Cantabria, Asturias, Galicia and then into Portugal is easily the longest stretch of consistently surfable coast anywhere in Europe.

I once saw a France based Aussie loose canon in Peniche I knew who said he’d gone the coast route because he “Had to go national roads, got no brakes…” He did the 1500km journey in a small van with no brakes, using the gears/handbrakes to stop instead.

Best not to do that. 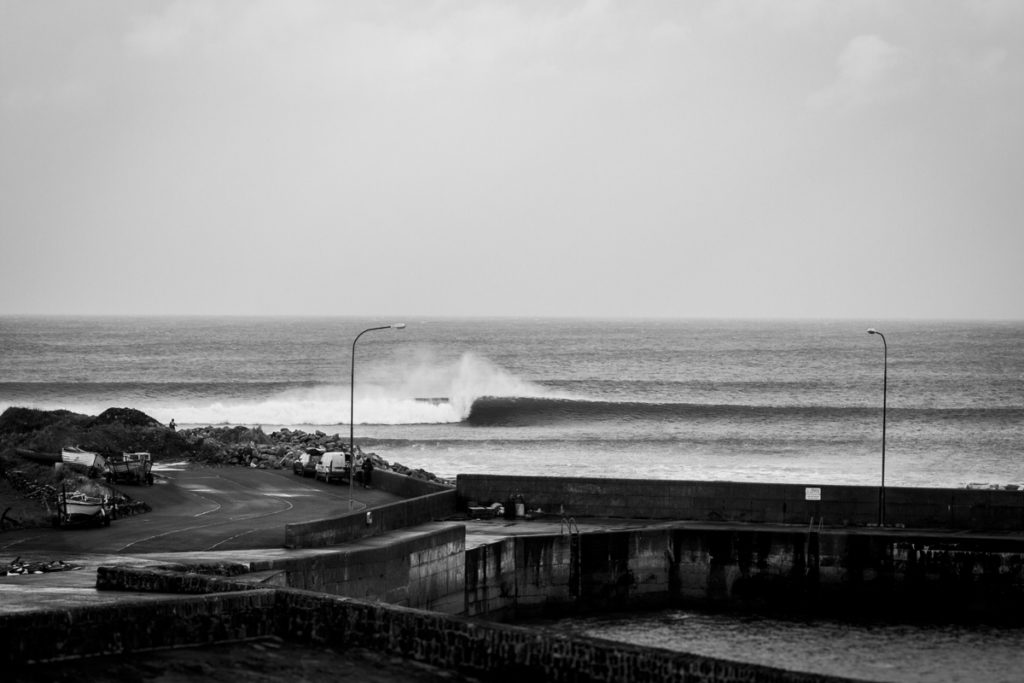 Ireland is the only other country in Europe where they drive on the left, unless you count Gibraltar.

Difficulty rating: The hardest part is wrestling with the fact that the journey is only about 300 as the crow flies, but other than that, she’s sweet as.

Shred en route: Did this in Surfing Life’s Mercedes Vito back in ’99, when a wicked run of E wind and SW swell blessed us with Glamorgan reefs en route, then epic Lahinch.

Your ferry depends on where you’re starting, but if you’re coming from SW England and headed to say, Clare, the Pembroke – Rosslare is likely the go. Driving in Ireland – off the mian roads at least – is a bit of a throwback to happier, more cordial times on planet earth, where motorists waved at each other/pedestrians/cyclists rather than locked in a to-the-death struggle for primacy. Where ever you head to in Ireland, going from east to west or vice versa is about a 3 hour schlep.

Half a job Acero flew back from The Gambia. What a wuss!

For the more ambitious: