Today saw the third day of action, featuring the second half of round two and the whole of round three at the Meo Ripcurl Pro Peniche.

The contest site moved several miles North of Supertubos to Pico De Fabril, a stretch of sandy beach which sits in front of an old abandoned biscuit factory. Access to the site is via a maze of dirt tracks, which are normally used mainly by agricultural vehicles, but today played host to hundreds of international surf fans in vehicles ranging from battered old surf vans, through totally equipped for the terrain four by fours, to the out of their depth shiny rented hatchbacks. 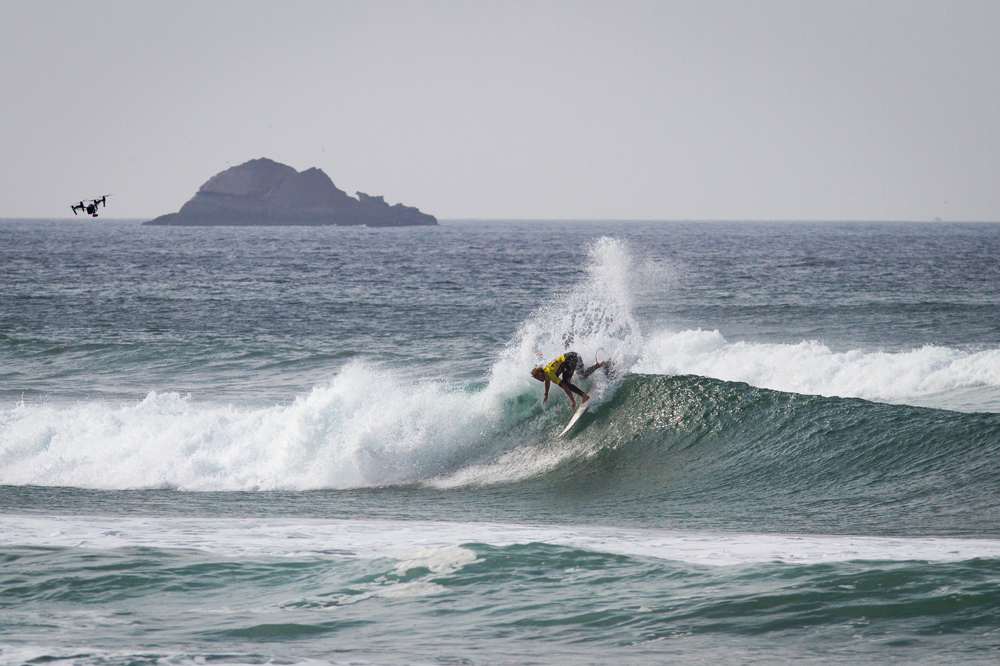 The competitors were greeted by clean, sometimes barrelling, sometimes fat, overhead waves. The final six heats of round two were generally a fairly low scoring affair, save for a few stand out performances from Michel Bourez & Caio Ibelli, however the real drama struck when round three got underway.

In heat 2 Parko found by far the best keg of the day and earned himself 9.33 and a spot in the next round and JJF safely dispensed of yet another local wild card in heat six. Then in heat seven, which was one of the most exciting, I’ve seen for a while, world number two Gabriel Medina fell to equal last placer Jeremy Flores, who backed up a stand out performance in round one with a sequence of seriously impressive waves on his backhand. A strengthening wind from the south wests made airs on the lefts near impossible and whilst Medina fought back with a whole array of on-wave maneuvers (including J-Flo’s own favourite the club sandwich), he could’nt find the 7.14 he needed to take down the Frenchmen. Medina’s early loss means that JJF could take the world title here in Portugal if he can win the event. 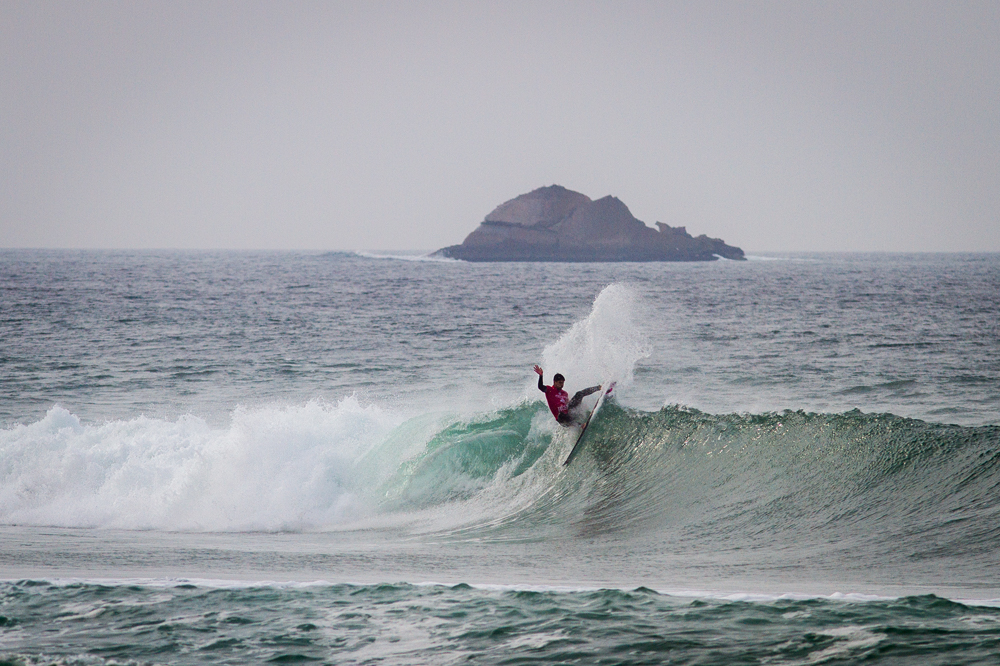 As the wind came up and the tide and swell filled in, the line up became trickier to read and the good ones became fewer and farther between. Heat nine saw a particularly slow and wave starved battle between Miguel Pupo and Kelly Slater, who like Flores, was coming off blistering round one form. However old Bobby Slates (AKA The GOAT AKA The Greatest Of All Time) wasn’t able to pull it out the bag, falling on several consecutive lefts, and going for a last minute board change which left him scraping for a low seven as the heat drew to a close. Miguel Pupo lays into a clean face on his way to beating Kelly Slater.

Connor Coffin and Felipe Toledo faced similar deteriorating conditions as they entered the water for their heat with big junky, wind affected lefts rolling over the sandbar which had been hosting the comp all day. Last years champ Toledo looked to be struggling, and ended up falling to the Californian rookie by a mere .63 of a point.

The forecast shows a bigger swell arriving tomorrow, with more favourable conditions for the back up comp site at Pico De Fabril, however beyond that there is a lot of uncertainty. Everyone agree’s its going to be big and windy, however whether the comp will find windows of manageability before the swell and wind drops next week seems to be anyones guess. Tune in at 8 am (GMT) to www.worldsurfleague.com to catch all the action live.