You kind of need a GPS to keep track of Lucy Campbell, an English rose and professional surfer with Championship Tour ambitions. She’s been chasing swells non-stop for the last few years, switching neoprene for bikini’s between the rugged coasts of Scotland and Ireland and Indo’s glassy reef-breaks.

Having learnt to surf at the age of 10, Campbell was named British Women’s Champion in 2014 and added the Women’s UK Pro Surf Tour to her list of accolades the same year.

Now a team rider for Korev Cornish Lager, we caught up with her in Cape Town, fresh from her first year on the World Qualifying Series whilst she hunts for barrels at J-Bay. Yes it was a bit! 2016 was my first year surfing on the women’s World Qualifying Series! I loved going to see new places, surfing new breaks and coming up against some of the best girls in the world.

Why surfing? At what point did you pick up a board and think ‘I want this to be my career’?

I can’t remember an exact moment, but I think going to the ISA Junior World Games in stunning New Zealand when I was about 14 was probably when I realised it was exactly what I wanted to do! What achievements are you currently most proud of?

I’d have to say becoming British Women’s Champion and winning the Women’s UK Pro Surf Tour is at the top of the list. But I once ate four pizzas at an all-you-can-eat and actually fell asleep from the food coma.

Congratulations on becoming a rider with Korev, what does the support mean to you?

Thank you, it means a lot! I guess mostly It’s a big opportunity for me to keep pushing my surfing and to help get us British girls on the map, but also just to be recognised for what I do is amazing. It’s never bad to have a few cold ones on tap either!

Any trips in the pipeline this year?

Well I’m currently in Cape Town, South Africa and I am absolutely loving it!  I’m keeping an eye on the swell and have my fingers crossed for a good JBay swell. After this I’ll be heading to Australia for my first events of the WQS this year. I’m really hoping to step up my world ranking and make some awesome clips!

Who do you think is killing it on the world tour at the moment?

To be honest I think all the girls are seriously pushing the boundaries of women’s surfing. It is super inspirational to see the girls like Carissa and Tyler surfing with so much power. How do you keep your competitive fire burning when British waves and weather are grey and gross?

With a good old power hour! When it’s gross outside and the waves are looking pretty sloppy I keep my surfs short and stay super busy in the water. 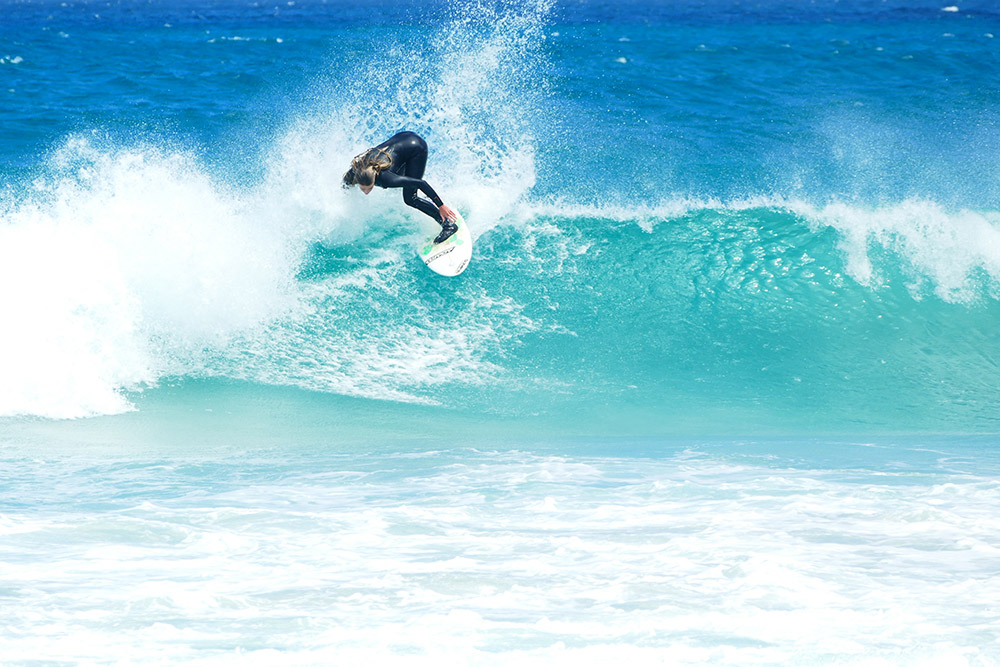 How are you physically preparing for this year’s competitions?

I’m surfing as much as possible, doing strength, conditioning and coordination training with some yoga thrown in to help recovery! Check out ‘functional training’, it’s amazing.

Who have you been competing against that poses a problem to you in the water?

I came up against former CT surfer Claire Bevilacqua a few times last year. She was busting air reverses and all sorts! That was a bit of a learning curve…

Surfing in the Olympics…is team selection on your to-do list?

Tell us something we don’t already know about Lucy Campbell?