Home » Catching Up With Mikey February At J-Bay

Catching Up With Mikey February At J-Bay

Talking ruthlessness, discovering Curren late in life and the diversification of the world tour with Mikey February.

As the tour passes the halfway point, there’s little doubt Mikey February isn’t doing as well as he or his fans had hoped.

The young South African is currently down in 31st after a string of early round finishes. That said, the unique blend of flow and jive Mikey brings to the tour has certainly spiced up the viewing experience a little and his clips filmed outside the confines of the WSL singlet have certainly proved that he’s got the talent to be there. As Mikey’s quickly learning though, talent is only a very small part of the composite qualities required to make a successful tour surfer. Experience, strategy and increasingly, ruthlessness seem to count for just as much. 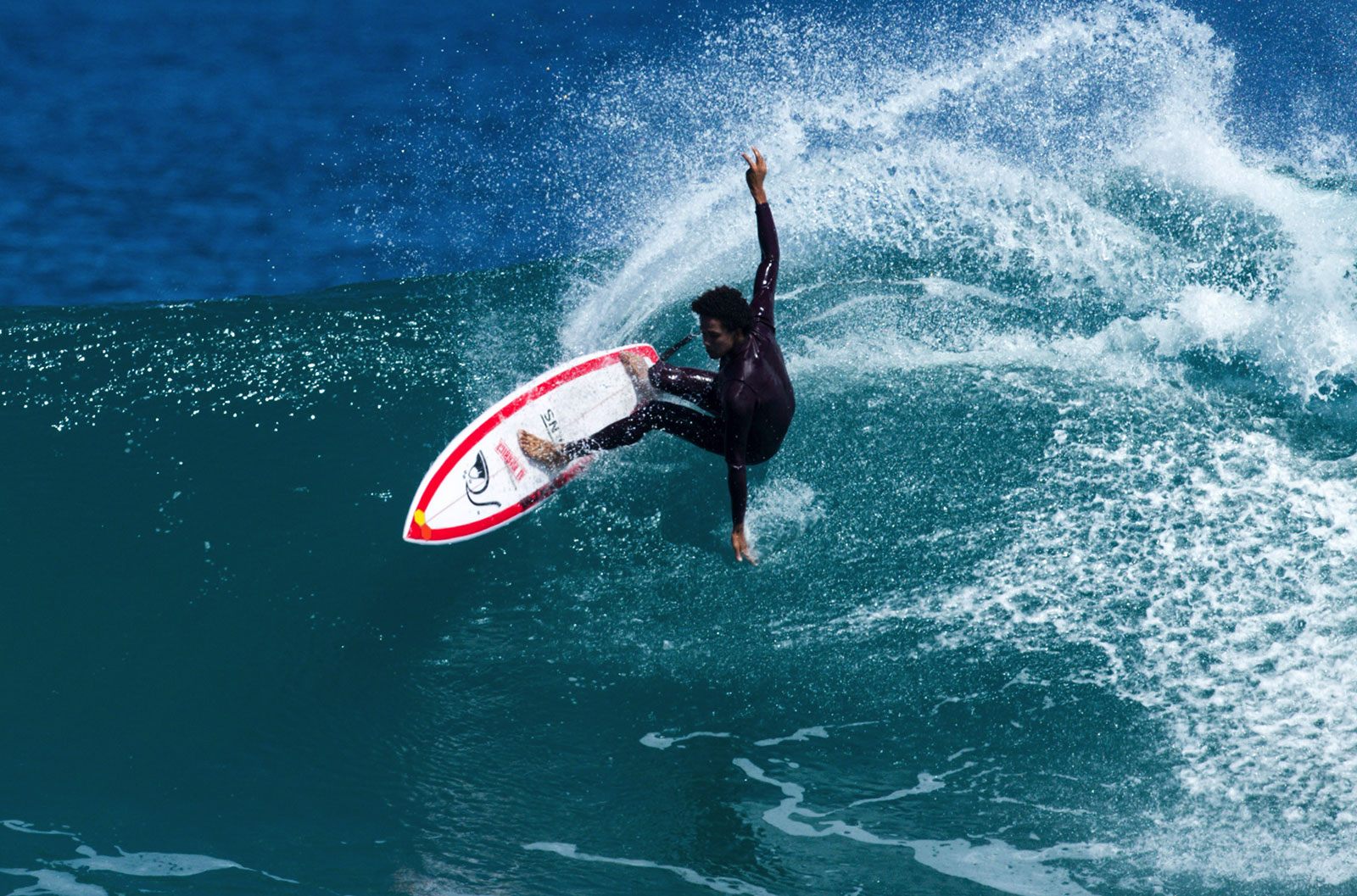 After his exit from J-Bay, we sent WL correspondent Seth Hughes to sit down with him for a quick catch up, where the two discussed a range of topics, including the influence his appreciation for good design has had on his surfing, his late introduction to some of our sporting greats and the role of style in the world tour format.

Hey Mikey, first can you tell us a little about the area you grew up surfing and what the waves were like?

I grew up in Cape Town, in a little place called Woodstock, it’s not really a surfing town or anything but we had the harbour close by and a few little waves. When I started getting into surfing, we’d go and spend a lot of time in Muizenberg beach, which is where I learnt to surf really. Then when I got more into it we ended up moving to Kommetjie, which is the main beach of Cape Town, where Brendon Gibbens and Matt Bromley and those guys are from, so I grew up surfing with them, in super fun waves.

Was retaining a smooth flowing style something you worked hard on, or does it come naturally to you?

I don’t know, it was a weird one, I guess when you’re younger, everyone watches their favourite surfers and mimics them. But a lot of them were guys on the tour because, being from South Africa, you don’t really get to see much else. I was really tall and lanky and a bit awkward, so I struggled to mimic anyone else’s style, so I guess naturally I just realised I have to surf the way I surf and work with that. 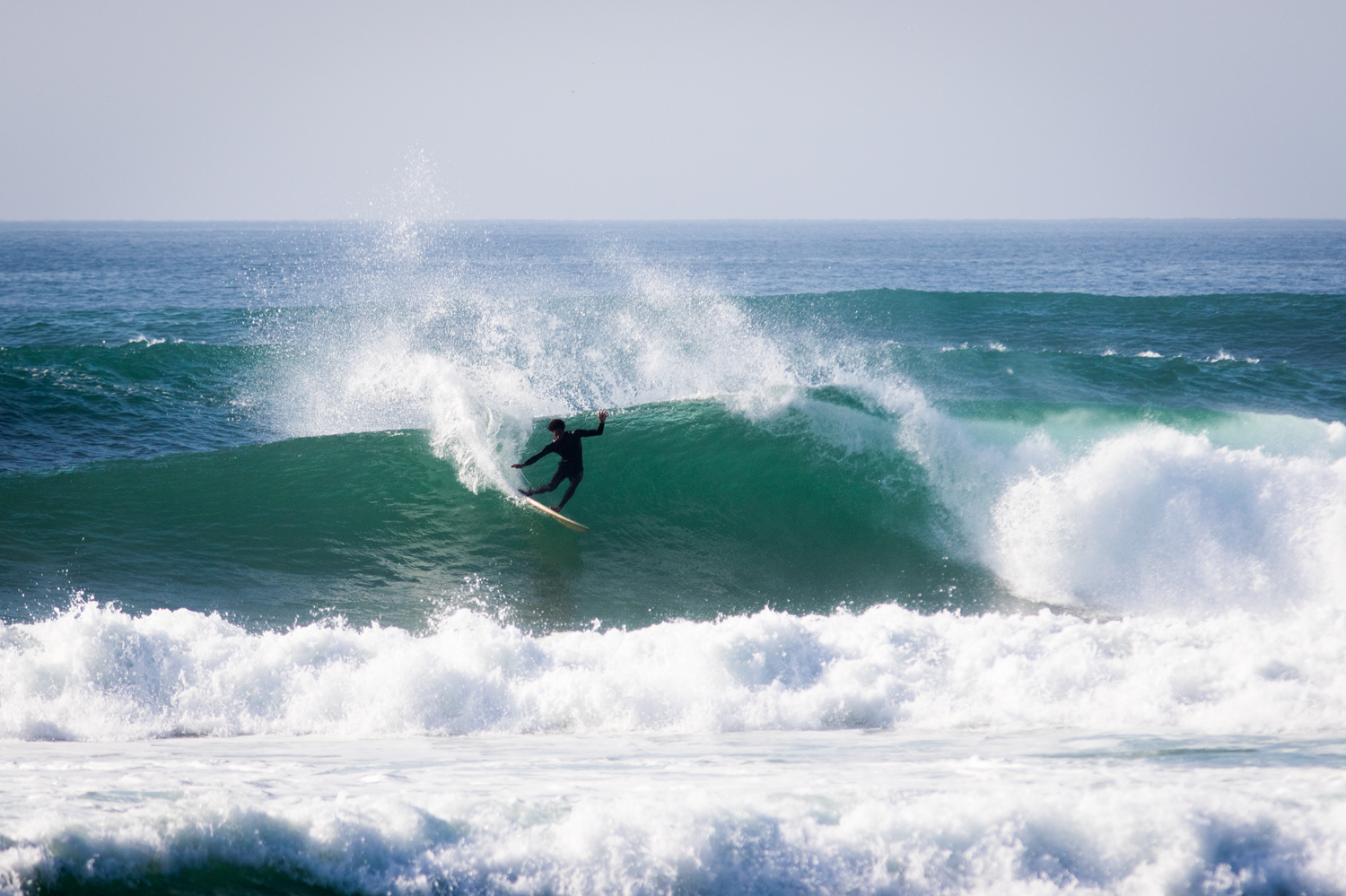 We hear that your parents run a design studio and that you went to design school. Do you feel like there’s a connection between the aesthetic appreciation that design requires and the want to surf in a way that looks beautiful?

Yea for sure, my dad has a graphic design studio and my parents used to work for Saatchi & Saatchi, so I guess I just grow up in that whole creative environment and applied that outlook, of just making everything look visually pleasing, to my passion for surfing. I definitely try and be as creative as I can in and out of the water.

There are definite shades of Curren in your surfing, did you watch him surf J-Bay as a kid?

No it’s actually funny, growing up in South Africa, I never really had much knowledge of any surfer besides the guys on tour (ED- Curren quit the world tour in ‘92, Mikey was born in ‘93). I only really grew to know Curren when I got a bit older, and now, as I’m growing up, I’m finding out about all these guys way back when, who had the sickest styles. It sucks that I didn’t have that knowledge when I was younger but it’s kind of cool now to be able to explore that whole side of things and discover new surfers. 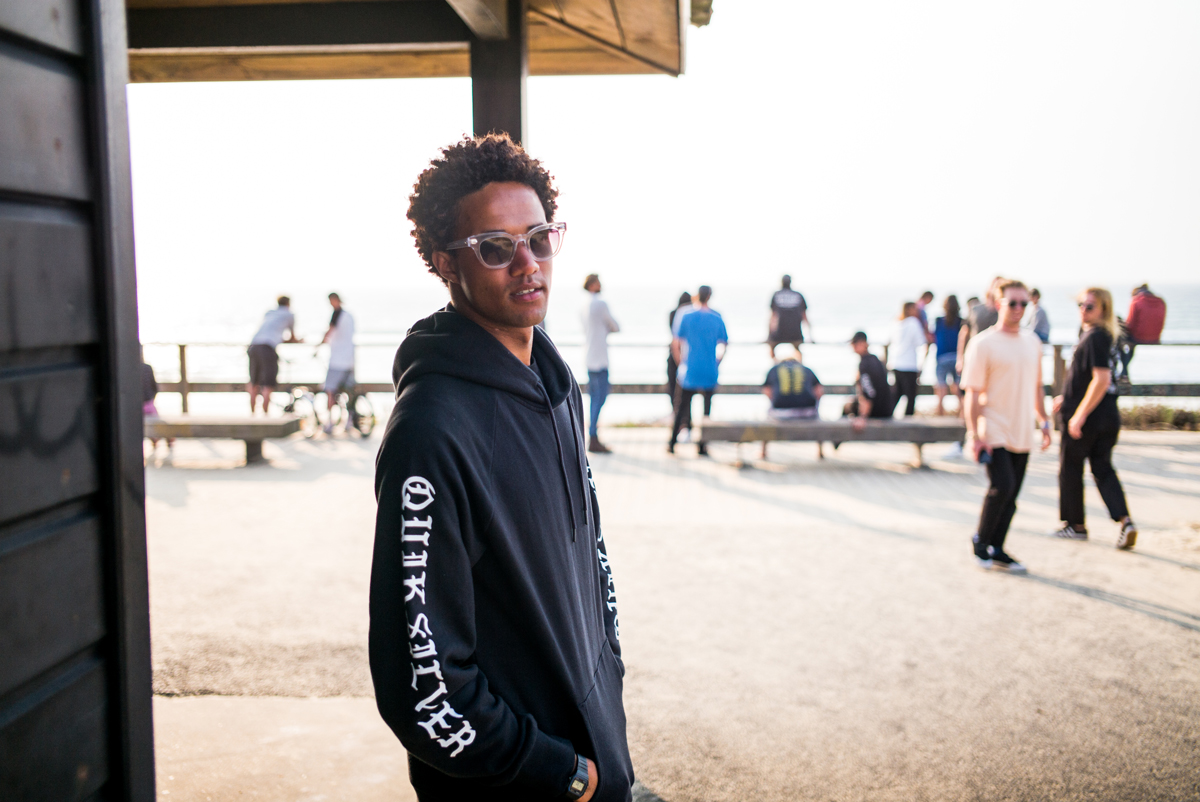 How are you finding the World Tour so far? Has anything surprised you?

Yea it’s been a lot of adjusting, obviously it’s amazing, because you get to surf the best waves, but it is different. The years been going so fast and there’s a lot of things to learn and a lot of things to work on. It’s not like the QS where you can kind of just rock up and make do with what’s happening around you, I think there’s a lot more attention to detail on the bigger stage. There’s more eyes on you and people are a lot more critical as well. It’s been a lot of adjusting and getting used to the fact I don’t have the experience, while trying to get all that knowledge trying to figure out how to surf better than those guys.

Do you feel like you have to be ruthless to make it on tour? And if so are you ruthless enough?

It’s a funny one, obviously the guys are pretty focussed and ruthless. I struggle because that’s not really the attitude I have when I go surfing. I feel like I do my best when I’m having fun, and I don’t have fun when I’m acting too serious, so I guess it’s just finding that balance. 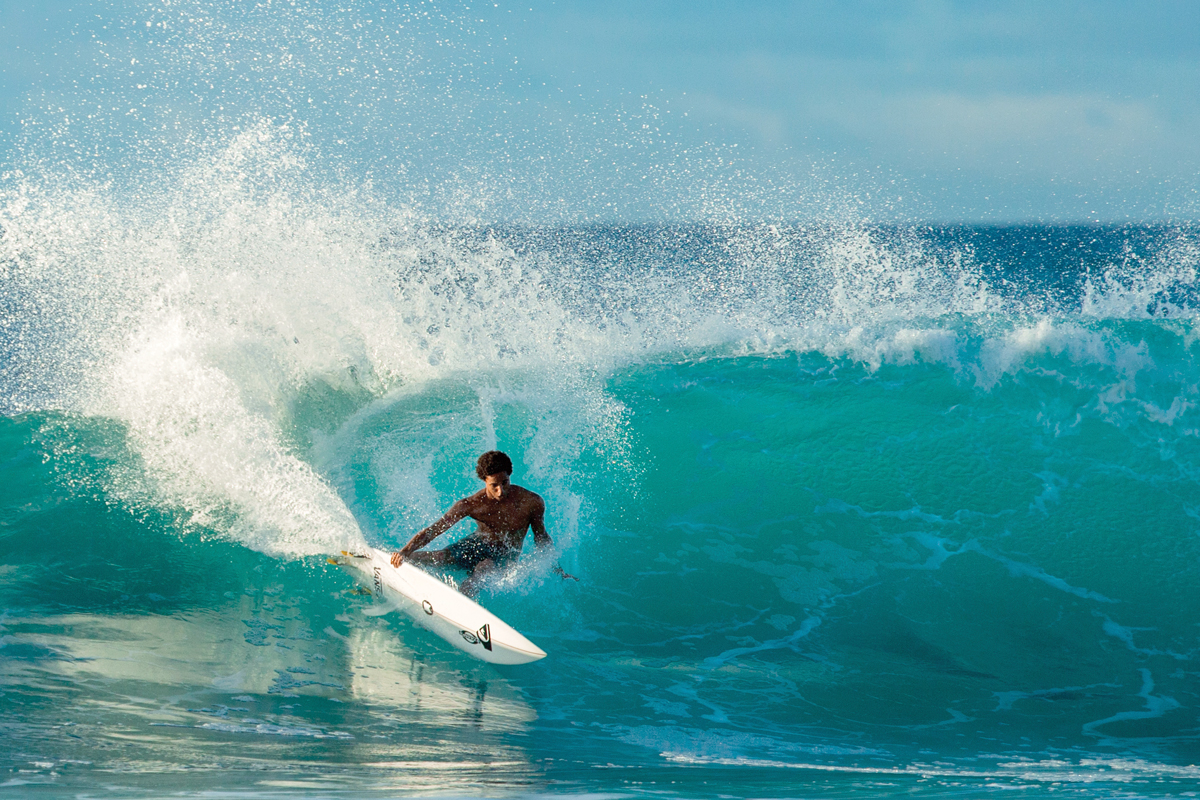 Do you feel like style sometimes gets compromised to get scores in the WSL?

Yea, I definitely think so, on this tour there’s a lot of people where power is a big thing, when it comes to style I think it may be overlooked a little. You can have style, but if it’s not powerful enough they won’t reward you.

Is that a problem?

I don’t know, because there’s some guys who have the style and they do it with power and then they get rewarded, but all the other little things in between- I think the flow part can help, you know if you can put some style into that, or balance style with power.

We know you do work with Waves for change- tell us about why making surfing more accessible to people from all backgrounds is so important?

Waves for change is epic in what they do, and I’ve been part of their whole family for a good couple years now. I guess it just started from going to the beach and spending some times with the kids and seeing how happy surfing made them. There’s talent everywhere, but it’s more than trying to get people to surf well- it’s just the simple fact that surfing makes a big difference in their lives and allows them to have a more positive outlook on life, especially being in the situations that they are in.

Do you think having more diversity on tour would make it more interesting?

Yea, I think it would be interesting to see a few more different approaches to surfing. On the tour there’s basically one way of getting the score, so I think besides having more people from more countries it would be interesting to see more individuals with their own approaches- you know if they had some sort of way of rewarding different approaches… I don’t know if it would work in the whole world tour format though.

Maybe it would need a whole separate tour?

Yea, to see who could do the best looking carve, or do the fastest high line ya know, that would be epic.

Thanks Mikey and good luck for the rest of the year.