Home » Changed Your Drinking Straw… Guess What? You Still Suck

Changed Your Drinking Straw… Guess What? You Still Suck Single use plastic is bad. But not as bad as lamenting it for social currency

Do you remember Britain in the early 90’s? You had to wear a suit to get into nightclubs, or at least in the suburbs you did. Bouncers would duly go around the premises instructing the baggy polyester clad reveller to, “Tuck your shirt in mate.”

That would’ve been harder to swallow if I hadn’t already got one up on the muscular enforcers, simply by knowing my own postcode.

The UK driving licence, pre-photocard style, was a just folded up piece of paper. On the door, they’d use an impressive bicep to hold it up and ask questions to the suspected under-ager, like “What’s your postcode, then?” Or more to the point, your older brother’s postcode. He lives in the same house, it’s 6 letters/numbers.

You didn’t have to be a criminal mastermind to defraud your way in to gaining illegal entry.

Of course, that was only the second worst thing about the 90’s. The worst was people (e.g. in the canteen at the Students Union) often called Jules, saying

Eating fish somehow wasn’t seen as eating the body parts of dead animals, whether due to a particularly poor grasp of biology, or just by being the worst person in the world, or both.

Somehow, it was just seen as more right on to be a fish eater, like listening to world music, protesting the Criminal Justice Act and very possibly Twyford Down, in spirit at least.

Today of course, most folk have moved on in terms of both nomenclature and morality. Most folk realise that vegetarians don’t eat fish. In fact, are there even any vegetarians left?

Surely nobody supplements a plant-based diet with bovine cruelty pus curd, and poultry ovum in 2019, do they?

But that’s all by the by. The new worst person in the world, the millennial Jules, is the Instagrammer who publicly laments single use plastic, but uses the #shotonfilm hashtag.

The point isn’t film of course, it’s you. Well, and me. Are we all too occupied with virtue signalling to have any? Are actually being mindful and propagating our #mindfulness credentials mutually exclusive?

“Eat/fly/consume the planet to death, all you have to do to absolve yourself is publicly declare your dislike for watching a baby turtle choke to death on a McDonald’s straw. Then carry on”

The irony of the single use plastic /shotonfilm bell end is mirrored by general public displays of moral hygiene and wholesomeness via a device that costs a year’s wages in the parts of the world where its constituent parts are sourced, and requires a Congolese 7-year-old to go down a mine to produce.

Meanwhile, ocean plastic is such a cause celebre these days that even Sky News are championing it via Sky ocean Rescue. You know that if they’re on the case, it’s hardly the avant garde of environmental activism.

Is it just me, or anyone else thinking, ‘What’s the catch here, News Corp?’

I can’t help but think the public outcry against plastic is a way of offsetting carrying on doing exactly what we want elsewhere.

Eat/fly/consume the planet to death, all you have to do to absolve yourself is publicly declare your dislike for watching a baby turtle choke to death on a McDonald’s straw. Then carry on.

WL website super fans might have read a piece up on here just yesterday, featuring a pro surfeuse who admitted regretting the fact that she takes over 100 flights per year, but that she picks up three pieces of litter every time she surfs.

I’ll leave you to make your own moral arbitrations there. 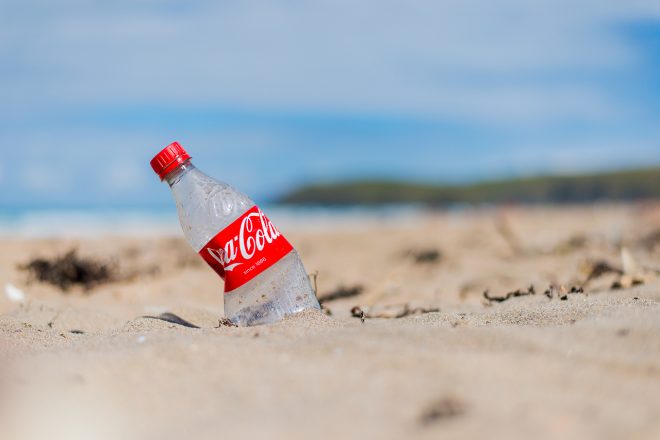 Anyone else think taking 100 flights a year and then picking up litter every time you surf is a bit like bludgeoning a school minibus full of kids to death with a metal pole, then helping an old lady cross the road? Just me? oh, soz.

Kicking the shit out of single use plastics isn’t a bad thing, of course. If none were ever used again, that’d generally be an excellent thing. But in terms of climate collapse, habitat destruction and mass extinctions, the biggest threats facing the biosphere, we’d be more or less as we were.

What’s more, believe it or not some environmental advocates speak up in favour of plastic… well not in favour of it as such, but against the current chic of its universal condemnation.

Guy Singh-Watson, founder of Riverford Organics in Devon, said demonising plastic could actually do more harm than good. Unbelievably, Singh Watson started organic farming in 1988 – 20 years before the invention of the smartphone and hashtag.

He recently told the Beeb “The almost religious fervour of some of our customers in being anti-plastic can actually create problems. Plastic is not in itself an evil material, it is the fact that we use so much of it. The biggest environmental challenge facing our planet is climate change – and anything that distracts attention from that is potentially dangerous.”

The practical solutions for our throwaway societies’ ills are becoming more widespread of course, and that can only be a good thing. 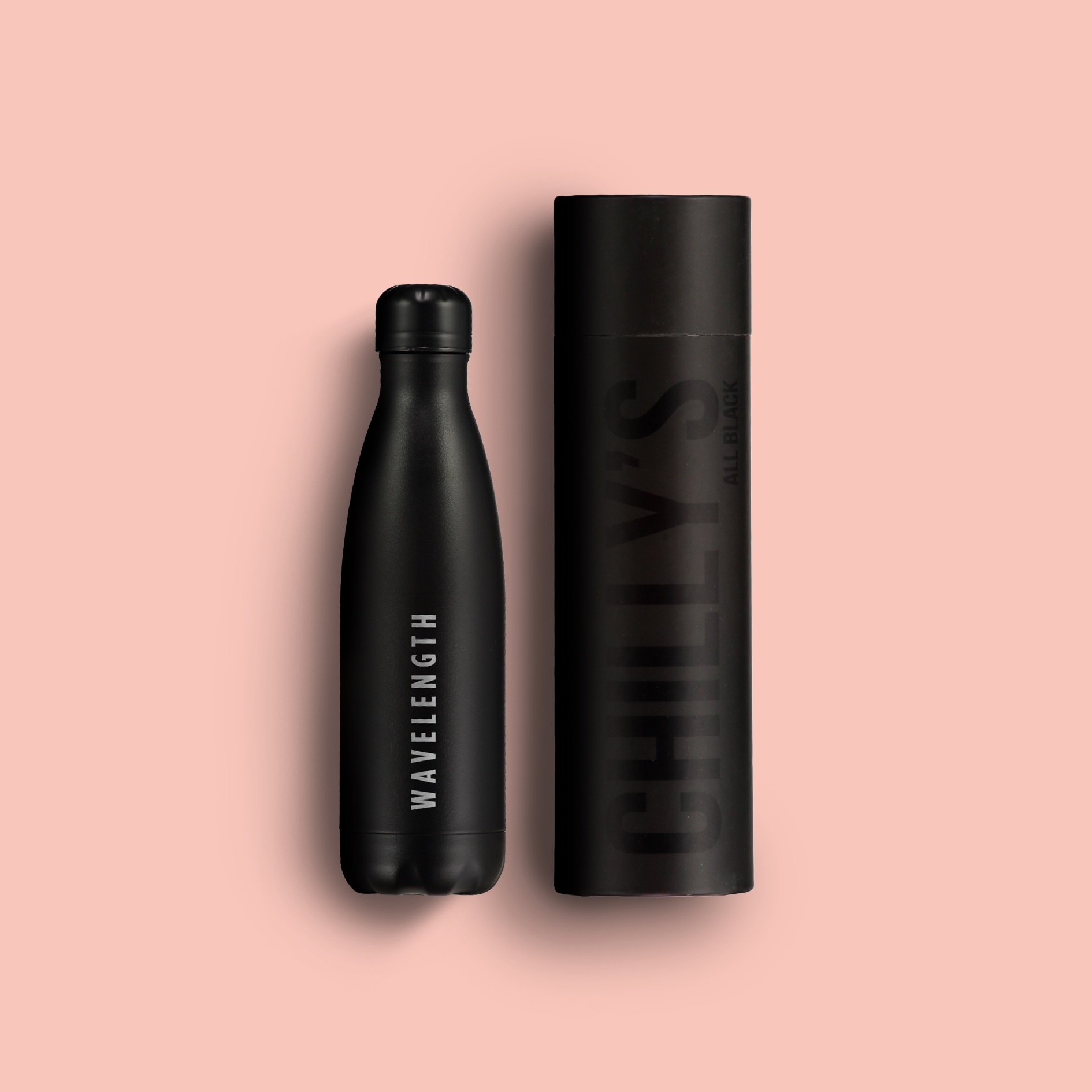 Bulk bin shopping by weight, buying (palm oil free) shampoos and soaps in bar form, reusable coffee cups and water bottles… the ways of you cutting out day to day plastics, thankfully, are ever more plentiful. You can even get reusable straws. (Or, just don’t drink through a straw… Are you three?)

Then of course there are the courgette cellulose biodegradable plastics, the recycled algae clingfilms with their cheerful social media edits, so easily like and shareable. Probably worth taking with a pinch of cynicism, though.

Who grew the plants? Where? Were they sprayed with pesticides and nitrates? The fact that they allegedly dissolve and thus won’t end up in a dolphin’s blowhole doesn’t necessarily give them the green halo. Better yet, just avoid them altogether.

Or, to quote reuseit.com “Faced with the question of paper or plastic bags, the answer should always be neither.”

The don’t do it approach can similarly be applied to letting the world know you just removed a handful of plastic from the high water mark. I mean, definitely do do it, just don’t feel compelled to let us know.

Because in our world of incessant signalling, the one virtue that’s achievable for all of us, is also the one that will dovetail best with your newfound ecological credentials. The one perhaps pointed out by that nasty headteacher, before assembly.

The one virtue that, in these fractious times, can even foster a rare display unity, of consensus, with the 1922 Committee’s Jacob Rees-Mogg recently quoting Labour’s NHS founding post war PM Clement Attlee in appealing for.

“A period of silence from you,” which, while not intended as a direct reference to your social media output, nevertheless applies perfectly, “would be most welcome.”