The Championship Tour goes meta: How an innovative Oakley event held at the relatively recently unveiled break at Keramas set the tone for the modern ‘video game surfing’ pro era.

When Oakley announced a brand new venue for the 2013 Championship Tour season, Keramas in Bali, the Dream Tour’s prime locales and ethos had already been around for over a decade. Most of the headline, marquee wave locations then had long been revered by the surf world for a generation. Aside from the relatively late unveiling of Teahupoo in the 90’s, most prime CT locales were waves that had been iconic since the single fin era, or earlier. Whether Cloudbreak, J-Bay, Tahiti or Pipe, it was all about the tubes, interspersed where possible with carving. Timeless lines for classic locales, echoing the kind of surfing laid down since the dawn of the shortboard era, if ever more radical.

The Balinese break at Keramas, somehow, had escaped major notice in the dash for Bukit tube perfection, from the Morning of the Earth late 70’s days right up until the early 2000’s. Located on Bali’s east side, with out of the way access down bumpy tracks, somehow the world class right in a land of lefts had gone under the radar. Those who did know the wave, knew her attributes made it a unique spot not just in Bali, but pretty much anywhere; a perfect right point style reef break, combining shallow slabby sections with ultimate high performance. The wave had it all. 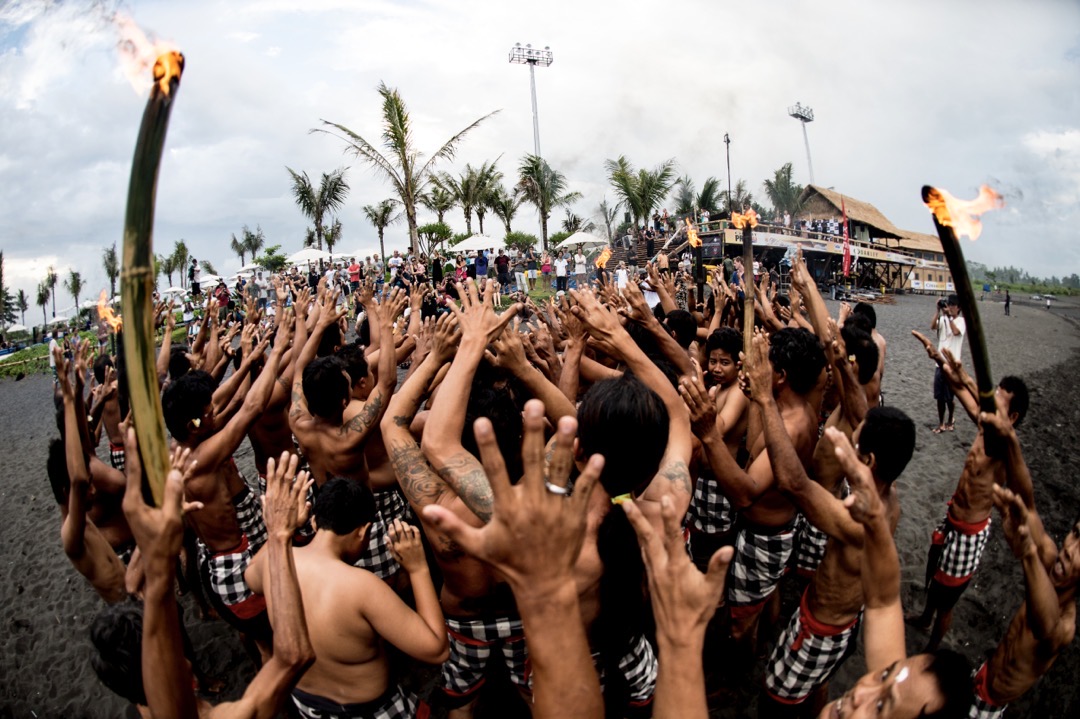 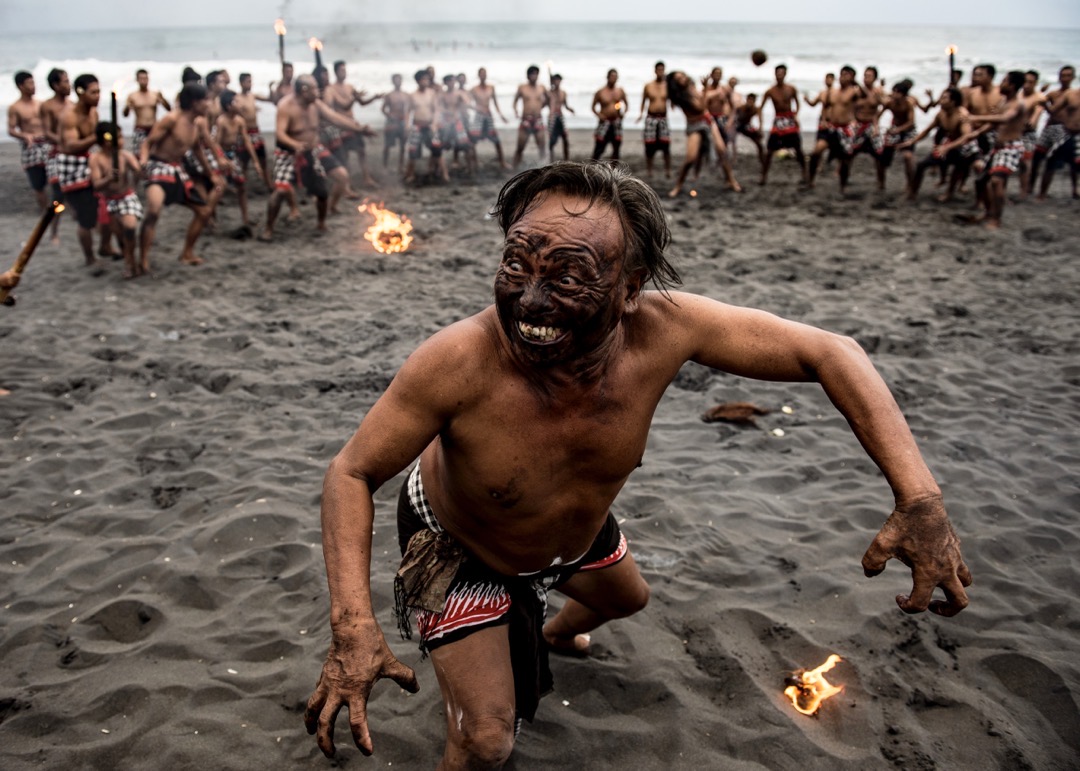 With Oakley having already established the then ASP World Pro Juniors at the black sand fringed right-hander, a jump up to bring the sport’s elite seemed like a no brainer. The Tour’s biggest stars gushed about the chance to win world title points at a wave they’d been freesurfing for several years. And when the broadcast went live around the world, the Oakley Bali Pro probably represented a paradigm shift in modern performance surfing, the first real tube and air event in the sport’s history.

When clean offshore winds groomed the wave, thick, throaty tubes saw the world’s best disappear deep behind slabbing sections for perfect tens. When the onshores kicked in, the ramp sections provided ridiculous skatepark style surfing for those at the cutting edge of progression. John John Florence’s perfect ten for a massive full rotation alley-oop resonated around the world. The bar had been raised so high, surfing could never be the same again. What’s more, with the new photo sharing app called Instagram ever surging in popularity, the Keramas venue and recently built Komune resort provided the ideal backdrop for pro surfing’s metaverse. An infinity pool in front of the wave meant all day umbrella drinks and bikinis, watching the best surfers in the world redefine the sport. Not only could you love pro surfing, you could now like it, too. 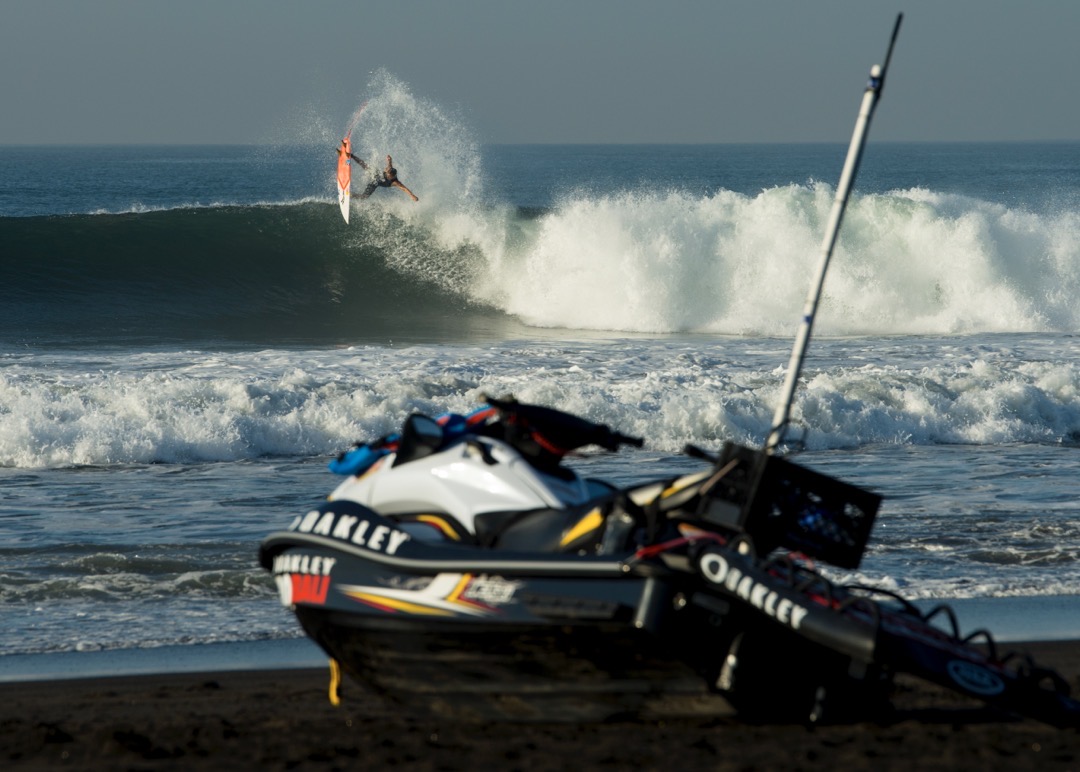 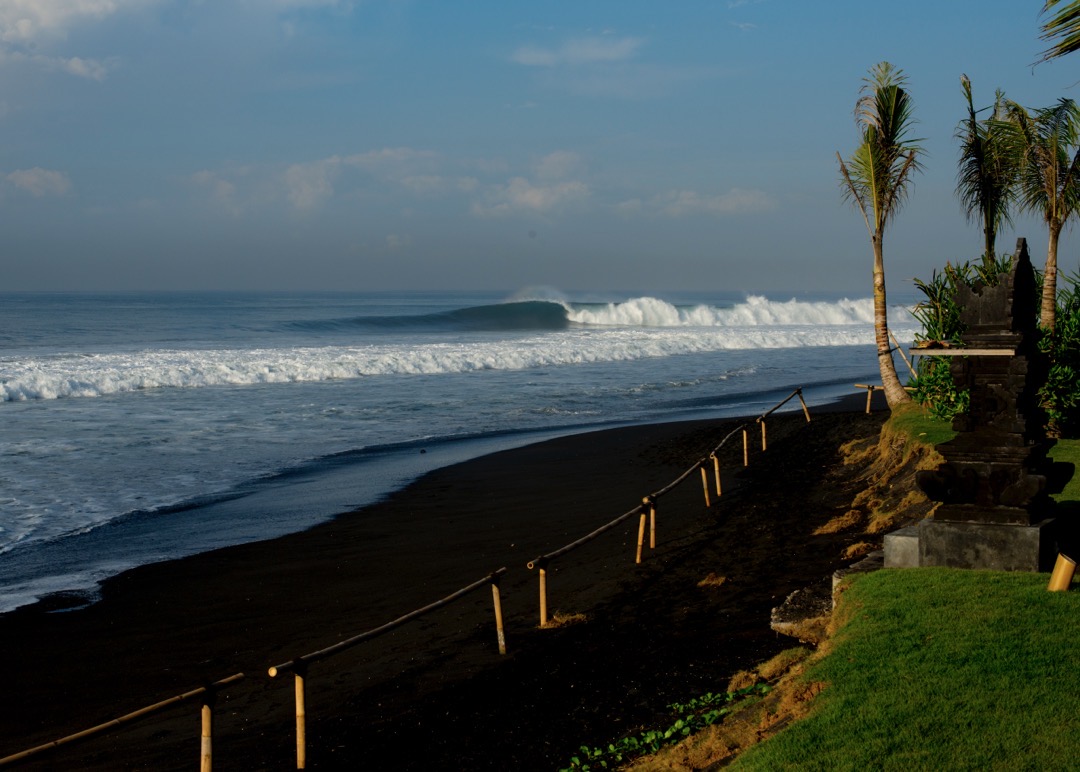 Weirdly, Indonesia had been massively conspicuous by its pro tour absence. The Oakley Bali Pro 2013 was the first time since 2008 that Indonesia, home to the world’s finest surf, had held a surf event at highest level. And to bring pro surfing back to the island idyll, Oakley, rather than revisit Bukit stalwarts Ulu’s or Padang Padang, underlined their brand values of being forward looking, ever seeking innovation. No spot on Earth represented that better than Keramas. Just like with any revolution, a coalition of the willing needed to be on hand to affect real change, and 2013’s Tour was ripe and ready for just that. Gabriel and John John had already done a couple of laps of the tour, Felipe Toledo was in his rookie season, Italo would be soon to join. A new approach that meant high amplitude surfing could get scores on any wave at any time was electrifying the spectacle. But rather than just a beach break air venue, Keramas had real teeth, too.

For all the modernity afoot, the Oakley Bali Pro also embraced our timeless subcultural ideology; surf hard, play hard. Surf events being at the mercy of the swell goods, revolution or not, eight days on days on hold allowed plenty of time for Bali’s infamous party scene to tempt tour surfers keen on letting their hair down. Eventual winner Joel Parkinson, a surfer so relaxed with a style so polished it sometimes cost him points by making things look too easy, suffered no apparent performance fallout for fully embracing the fun stuff. When competition recommenced, Parko’s perfect tube heat with two tens, ‘the first of which was a 9, the second was a 12’ as one surf journalist observed, indicated at his unstoppable form. 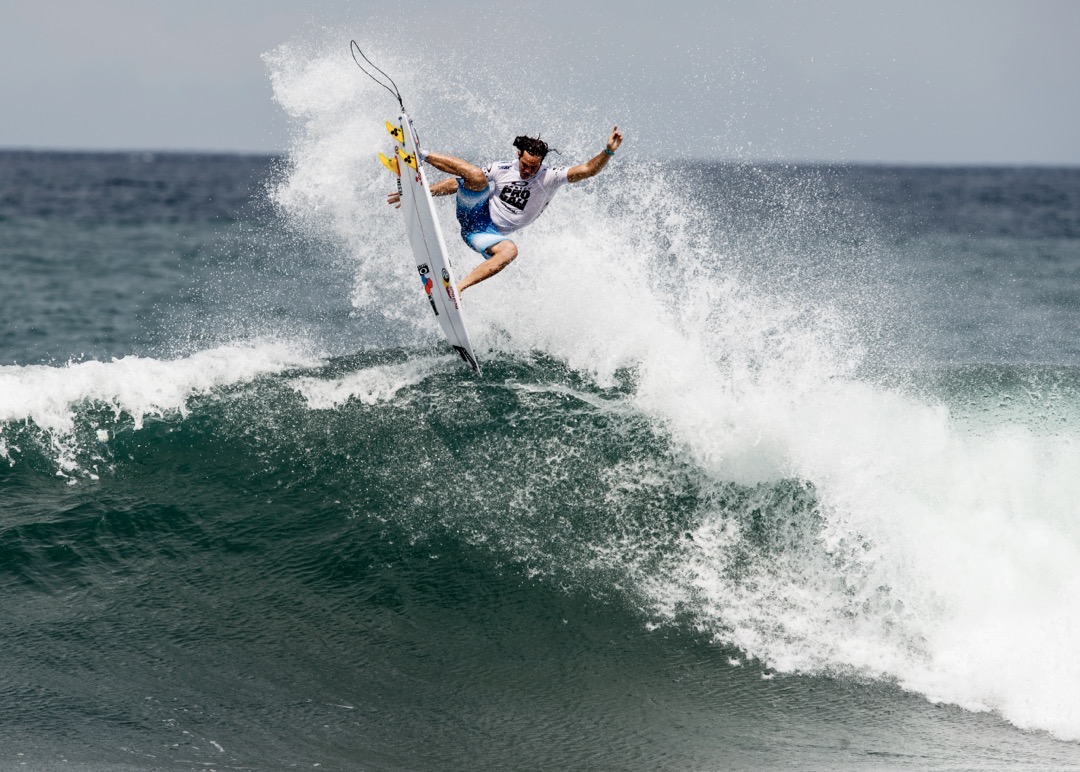 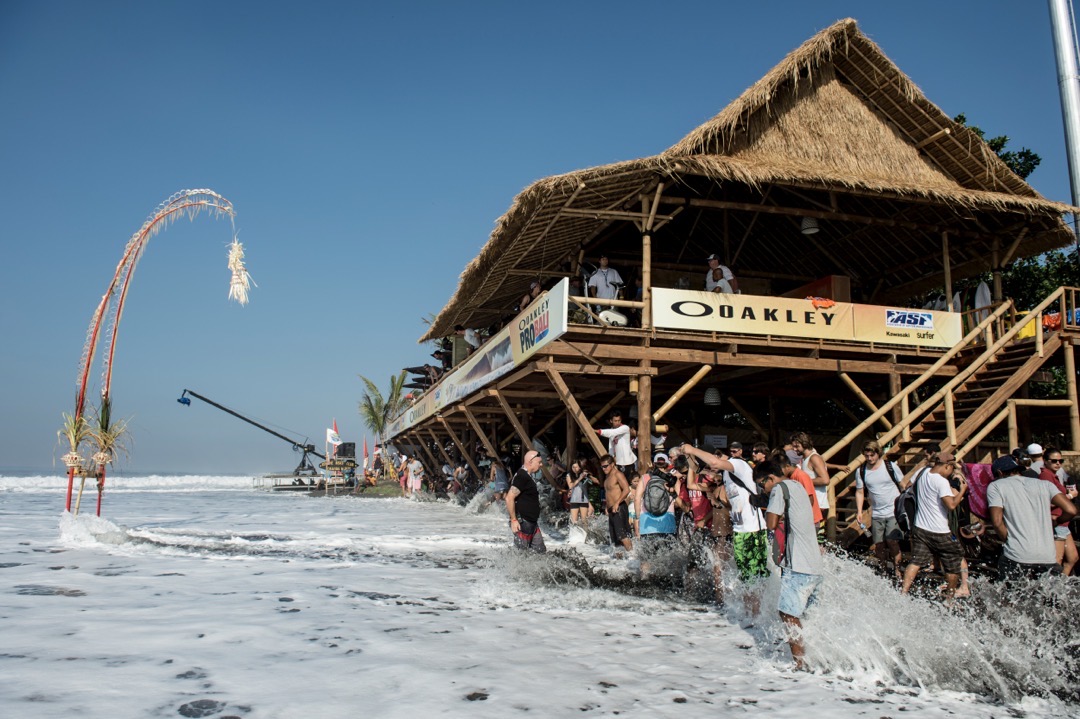 Looking back at any previous tour event can’t help but date it, the surfers still on tour, the type of boards being ridden, the haircuts. While much that happened in and around the Oakley Bali Pro anchors the event to an era, a moment in time; a tiny, bowl cutted 13-year-old Jack Robinson taking on the GOAT, Hollywood stars Selena Gomez and Vanessa Hudgens doing promo for Oakley surfing Playgrounds with the media, so much of what went down served as a marker for the shape of elite surfing to come. And the sport would never be the same again. 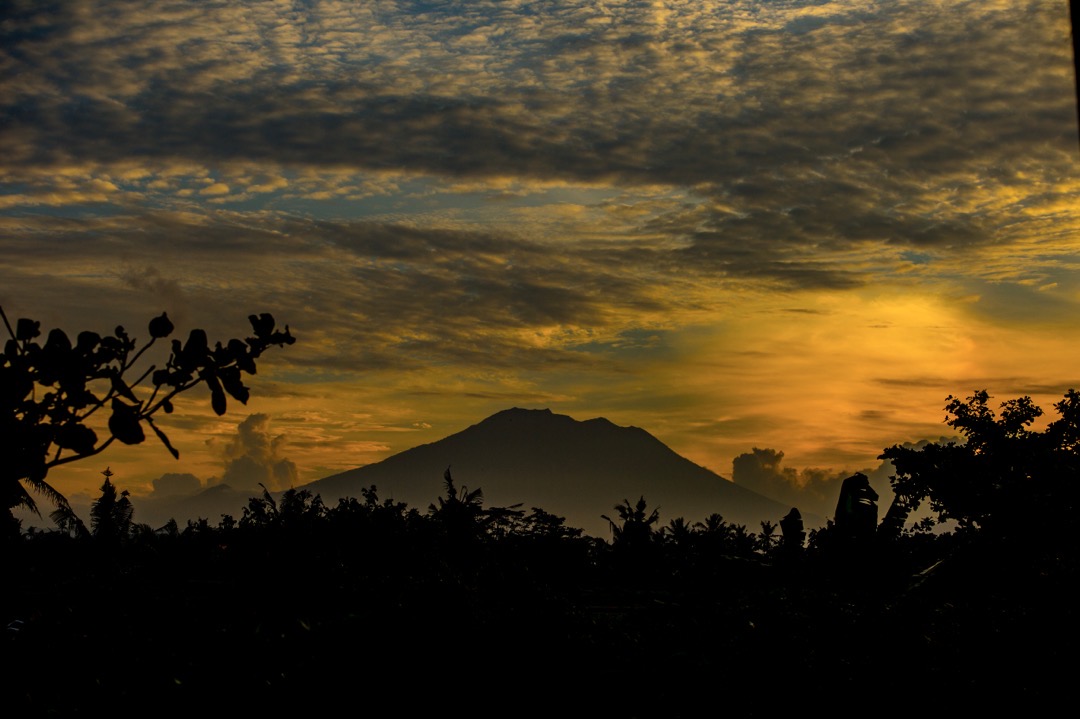 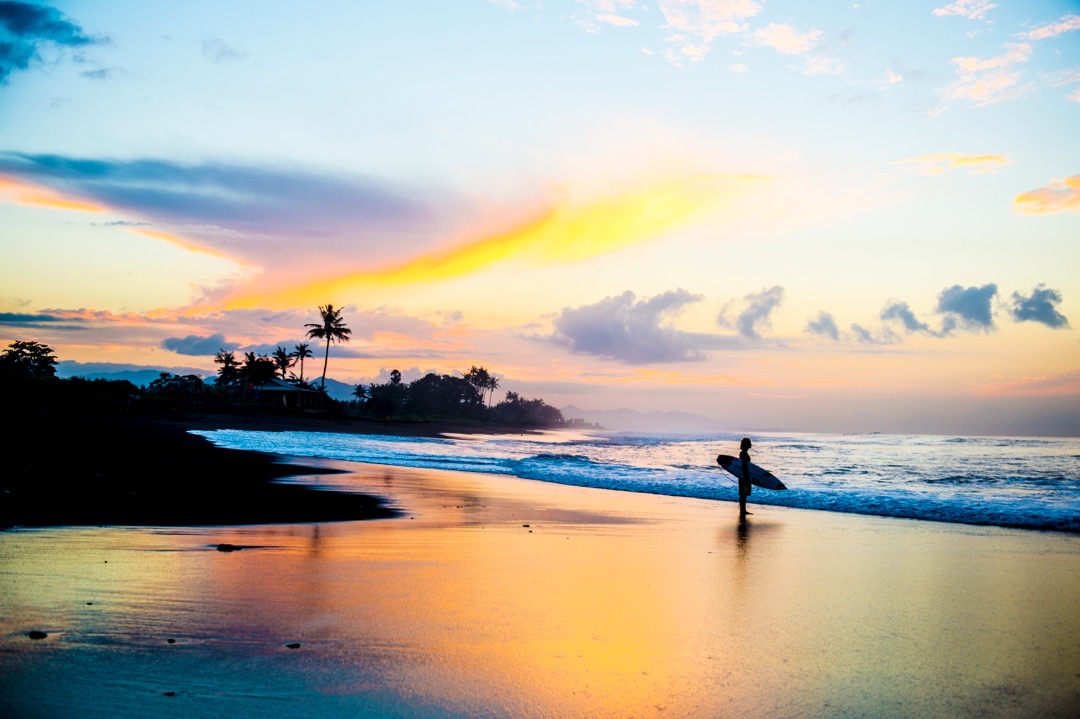