Should We Fight Against Cheap Imported Boards To Preserve The Livelihood Of Local Board Builders? - Wavelength Surf Magazine - since 1981

Home » Should We Fight Against Cheap Imported Boards To Preserve The Livelihood Of Local Board Builders?

Should We Fight Against Cheap Imported Boards To Preserve The Livelihood Of Local Board Builders?

The debate around foreign imports VS locally made surfboards has never felt more relevant. Read both sides of the argument here and have your say:

Ever since the first CNC machine made surfboard landed in the United States debate has been raging on the ethics of buying imported boards as opposed to those lovingly crafted by your local shaper.

Last month Donald Trump took the first steps towards making good on his protectionist promises, slapping an import tax on washing machines and solar panels in order to allow those manufactured in the US to compete on price. Closer to home, much of the Brexit conversation hinges on opposing opinions on globalisation and the importing of goods and services. Everywhere you look these debates are playing out and the microcosm of surfboard manufacturing is no exception.

Recently a particularly long and heated version of this discussion took place on the instagram of Venice based shaper Peter Schroff, featuring attacks on Slater and Machado and drawing big names including Dorian and Joel Tudor into the fray.

While the feed had many of the irritating hallmarks of a shouty online debate, including accusations of ‘not seeing the big picture’ flying like nappies in the wind, social media has become the go-to forum for the topic as the big platofrm surf media are accused of remaining surprisingly silent on the subject. Apparently, because of  their reliance on the advertising money provided by the exact brands who would end up under fire should such a conversation be allowed to play out on their platforms. 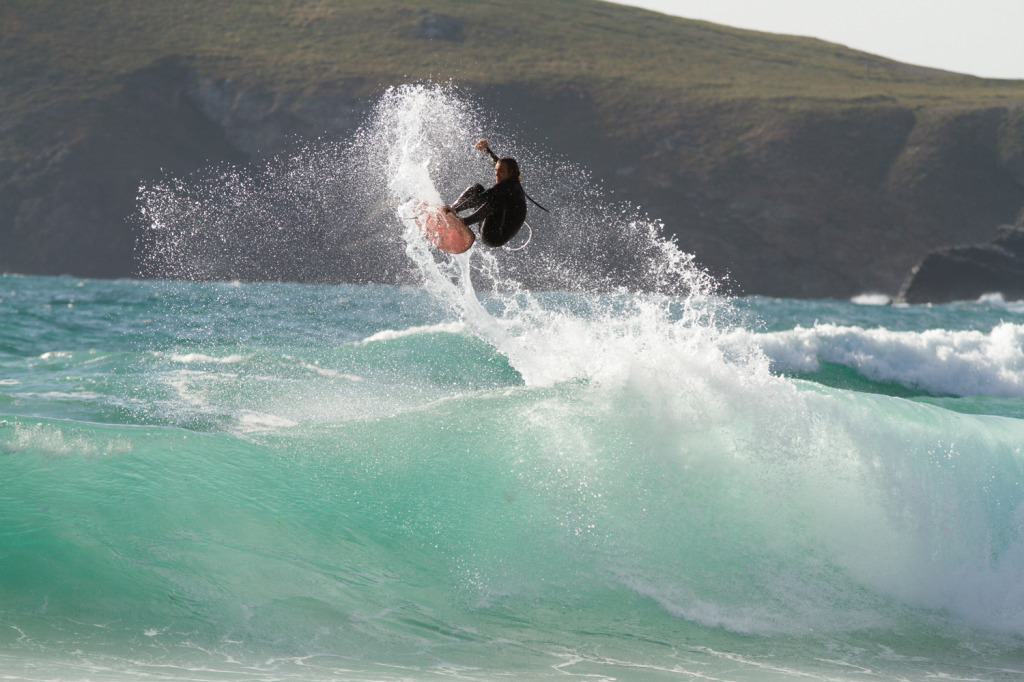 How much nicer does a big air feel on a self-shaped sled? Ask Toby Donachie about that one. Photo @lugarts

In this particular instance, it all kicked off after Schroff posted a screenshot of a comment by Shane Dorian, who had rushed to the defence of Slater Designs in an earlier post. Dorian claimed people bought foreign-made boards because they preferred them, not because they were imported, and if local shapers made boards of a higher quality, they would be outselling imports.

The comments lit up with reiterated attacks on Slater, with many believing the overseas manufacturing of his SD and Firewire boards clash with the environmental and social values he so vehemently espouses. The feed then moved on to more general accusations that buying imported boards pushes local shapers out of the market, handing the work over to foreign labourers who are forced to work under poor conditions and for very low pay in countries with lax environmental laws.

The ever creeping hand of mechanisation was also a pervasive theme, with claims that the skills of local-craftsmen risk being lost forever if all board-building is done by machine. Additionally, the finger was pointed at surf shops, who reportedly fill their racks with these imported boards as they offer a higher profit margin than those shaped by locals. Apparently, this model also causes shop assistants to push sales of the boards harder, creating a raft of false info around their quality.

Dorian refuted these arguments by claiming those making them most likely did not follow this ‘shop local’ dogma in their other purchasing habits and so didn’t have a leg to stand on, however, what followed was a flurry of well-made points, undermining this comparison. 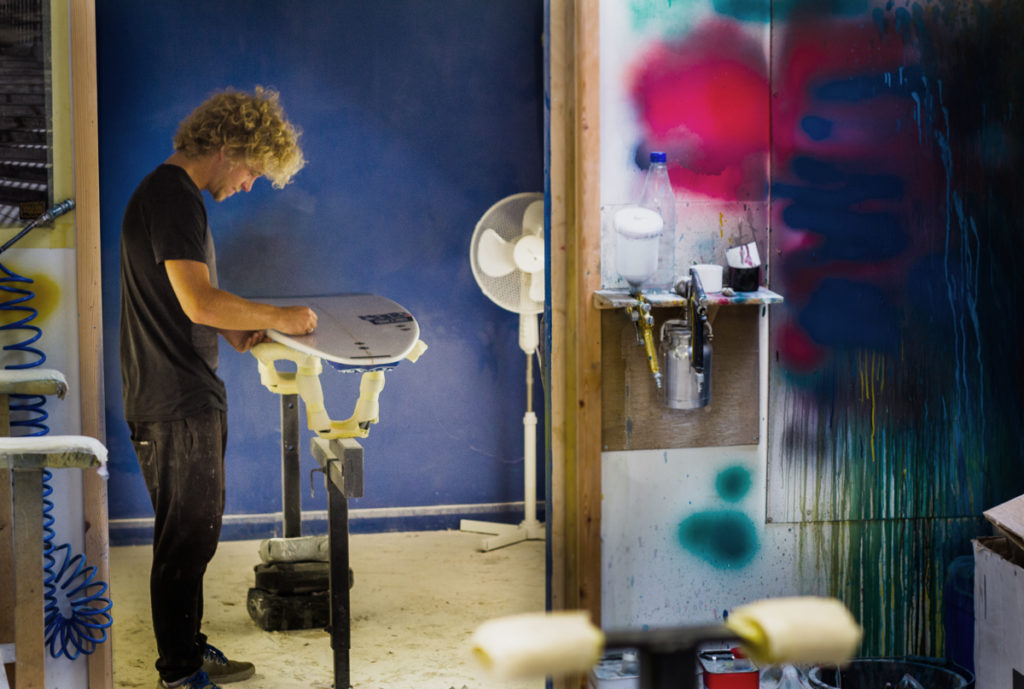 Lewis Clinton, who now shapes in the Toy Factory, in his old shaping bay. Photo @lugarts

Perhaps the most salient is that while it’s a shame if menial and manufacturing jobs are lost overseas, they aren’t comparable to shaping because of the unique and hard-won craftsmanship skills required to make the perfect surf craft, the value a good local shaper brings to the surf community and the joy and satisfaction that the career can provide.

To deprive future generations of these opportunities and benefits by handing production over to machines and those working in poor labour conditions in other countries does seem a grave cost to bare for saving some cash on your next stick.

While few us can afford to put our money where our mouth when it comes to fighting against all the business practices we don’t like, it makes sense to form a blueprint for our thinking about outsourcing and mechanisation, where we work harder to keep the jobs that are vital to our communities and bring local people joy. And to us, these are criteria surfboard shaping very much meet.