There aren’t many surfing minority groups left to hate on, in comfort.

The once fierce schism that pitted prone riders versus the upright feels thoroughly outdated. Today, even the most puritanical of bipod waveriders can’t fail to be impressed by the slab skills of the bodyboard elite.

Boogers like Andre Botha pull unconscious surfers like Evan Geiselman out of the water at Pipe and save their life with CPR heroics in the channel.

Today we stand (lay…DK) beside our booger bredren and sistren as equals.

Sure, the wretched SUPer still merits a degree of inherent mistrust, but who among us doesn’t themselves occasionally dabble, doesn’t partake from time to time? Hopefully it’s atop the less skull crushy inflatable version, hopefully on flat or inland watercourses on a hot July day or perhaps on honeymoon around a resort lagoon; either way, being SUP curious is no longer the invitation to scorn it once was.

C’mon. Don’t act like you’ve never thought about it. You know like a bit drunk, at a party…

Foilers should be easy to take legitimate exception to, on both safety grounds and for serious aesthetic misgivings. But these days, there aren’t many of your fave surfers who are not only loyal to, but proudly out as exponents of the foil.

So it seems that in the 21st century, in the enlightened era of equal prize money for men and women and 70’s core lords coming out as trans and then transitioning back, that surfing, for all its social conservatism has almost caught up with society in its rejection of narrow-minded bigotry.

That is no longer acceptable to hate on ‘the other’, waveriders that are a little bit different. Sure, we can still bicker among ourselves like hangry toddlers over the last few Monster Munch, but is there still a sub set to persecute for no apparent reason?

With goat boaters now officially extinct and the global kneeboard population down to less than half a dozen breeding pairs, I certainly thought not. 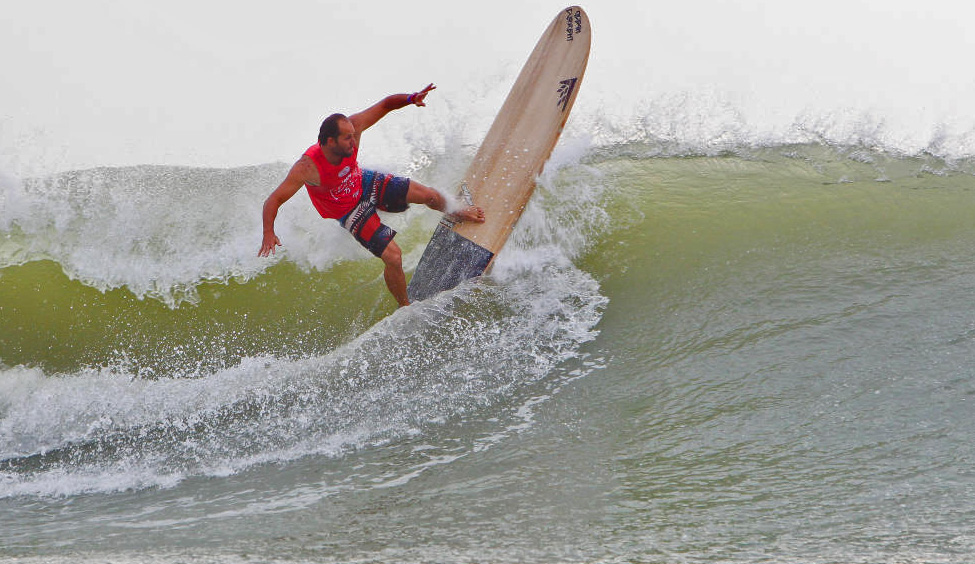 That was until I recently began to encounter widespread bad bile when telling acquaintances, in passing, that I would be working at a WSL longboard even in Spain, part of the 2019 WLC’s 4 stop tour to crown World Champs in the over 9ft board department.

Cue the cat sicks. Cue the ‘omg why, just…why would you even?’

The thing is, it’s not just not shortboarders that display the overt intolerance. In fact, perhaps more than anyone else, the biggest disses of all come from the traditional loggers toward the high perf apostates – those that ‘shortboard on longboards’.

Like the particular scorn the card carrying Momentum activists in Labour party reserve for the Blairites, like the heightened contempt the vegan animal rights activist saves for the lacto-ovo muncher for not being committed enough to the cause, it seems the only part of the congregation in the broad church of waveriding still considered original sinners by all, are the competitive high performance longboarders.

2019 has seen a major changing of the guard in WSL longboard competition. And I mean the actual guard, as in those in charge. The new WSL LB Tour Manager is Devon Howard, a very highly respected exponent of what might be regarded as the traditional values of longboarding. 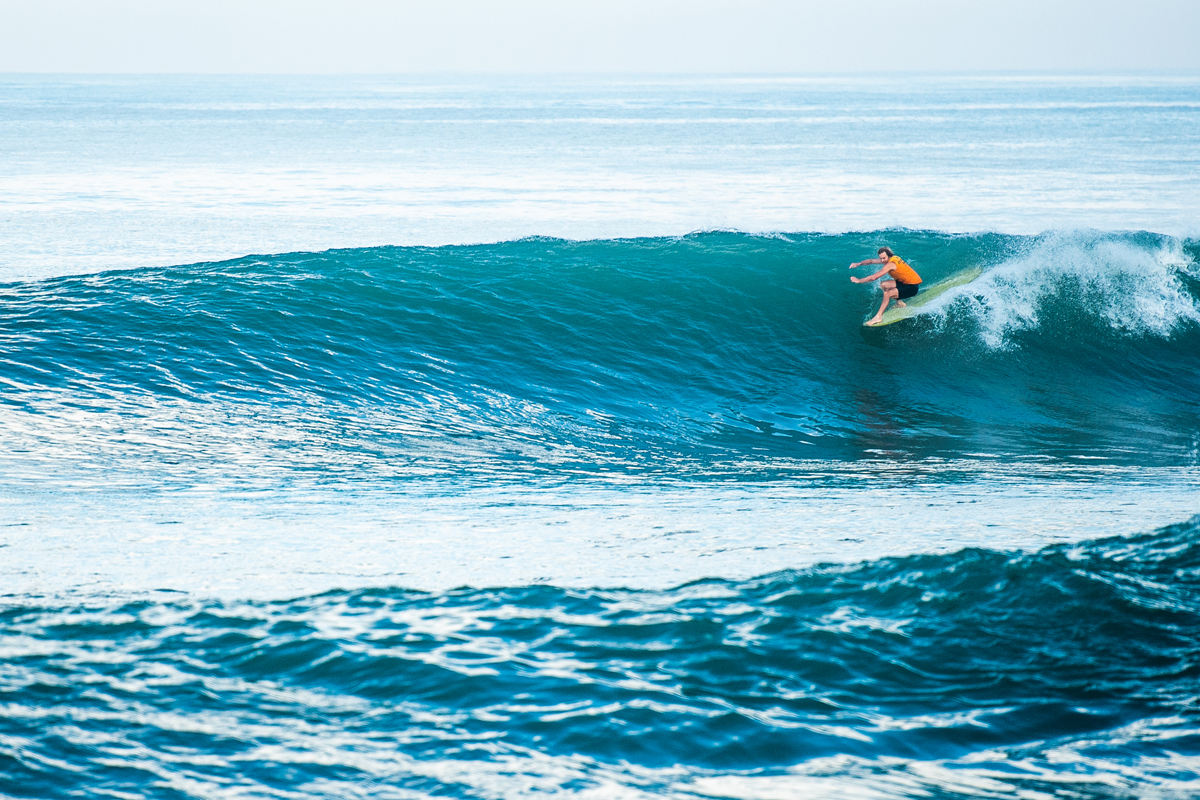 Part of his brief, his mission from the very top of the Wozzle corridors of power is to adjust the judging criteria to promote log style riding in heats. His role is not only administrator, but also keeper of the flame.

Two plus ones, narrow tailed epoxy boards with the wide point right up in the nose are apparently being phased out. Backside reos on boards that despite being 9ft long, weight less than some shortboards, are being phased out. Jumping off the board as the end of ride instead of performing a legitimate traditional kick out is being regarded as an affront to taste and decency, and now significantly, points too.

A serious shift is underfoot afoot to get away from the athletic surfing of the likes of 2 time World Champ Taylor Jensen, in favour of a smoother, less excitable aesthetic.

Surfers like Harrison Roach are getting involved in the 2019 WSL tour, something that would’ve been unthinkable a few years back. Rumour is even Joel Tudor himself is up for competing in New York this September.

Tudor, the high priest of… well anything and everything cool to do with longboarding really, was apparently following the webcast(!) of the Pantin event, and was significantly emotionally invested to post a screen grab of a competitor flipping the bird to the judges after a loss, accompanied by one of his typically forthright comments.

Au contraire. Tudor was on the side of the Wozzle, the intended recipients of the bumhole finger.

The surfer in question was Edouard Delpero, who lost his Semi against eventual winner Justin Quintal, a multiple winner of Tudor’s Vans Duct Tape and very much inside the circle of log trust.

While the usual IG comment shitstorm in a tea cup that ensued is hardly news, the fact that Tudor now finds himself philosophically aligned with the sport’s administrators (or rather, they aligned with him) on the WSL LB tour, and is set to appear in a WSL singlet in New York is a significant departure from the norm. Tudor, no stranger to picking social media beefs with various figures in waveriding, has made no attempt to conceal his contempt for the high performance longboard set.

So where does this leave the high performance longboarders, you ask? Those who’ve made careers outof it, who rely on sponsorship and prize money competing for World Titles?

Unsurprisingly, none too stoked. It’s hard, whatever your particular tastes, not to feel sympathy for what are highly skilled wave riders, who’ve suddenly become the least cool thing in the entire world. They’ll not be in unfamiliar territory being dissed from the hipper fringes of course, but now they’re getting it from the establishment, something they used to represent. 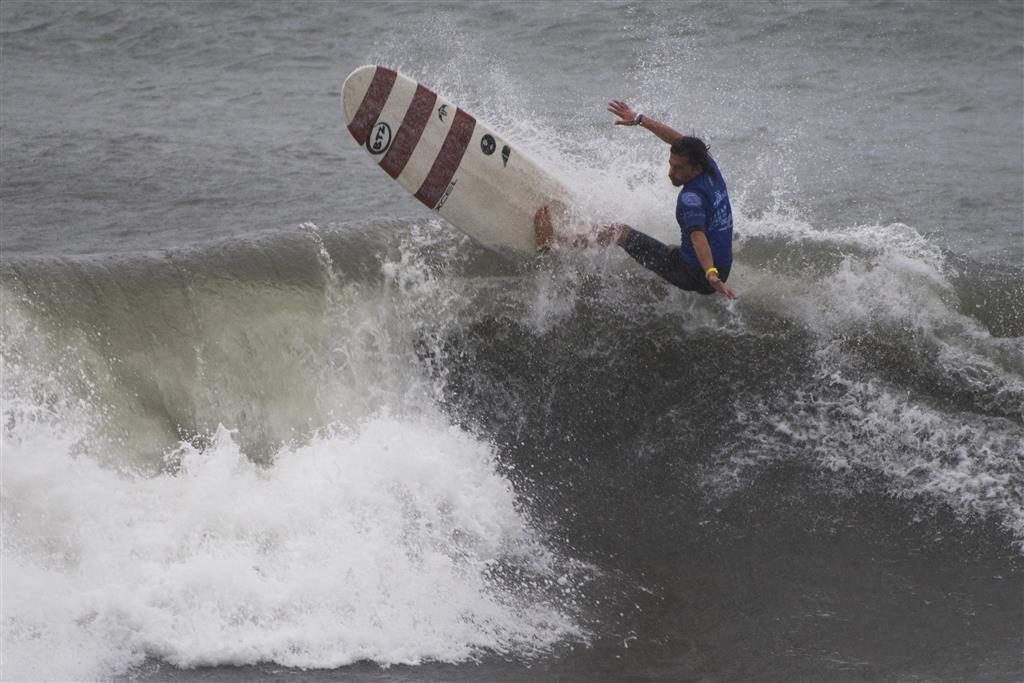 Personally, I was impressed by all the surfing on display in the event. And sure, if I had to choose, I’d probably lean towards the chest zip wettied, leashplug less, resin tinted wide point as far back as possible riding, short shorted, jazz listenin’, era straddling caché of the loggers.

I mean, if I had to choose, you know, to save all life on Earth.

But if you do have no love for those who shortboard on longboards, even if your latest thing is cyber bullying highly decorated pro surfers for riding the wrong sort of longboard the wrong way, maybe don’t campaign for their total eradication, just yet.

In an ever more politically correct world, they may just be your last chance for surf hate.