Home » The Council Are About To Remove The Agony From Your Run Down To Fistral!

The Council Are About To Remove The Agony From Your Run Down To Fistral!

For anyone who accesses Britain's favourite surfing beach through the golf course, this is bloody huge news...

It’s a cold day, immediately pre or post the begrudgery of boot season. You’re heading in for a surf at the world-famous Fistral Beach. The waves are probably something between fun and mediocre. But you’re feeling positive.

You’ve parked in town, to save yourself several pasties worth of parking charges. Or, you’re shrewd enough to have digs in the golden triangle and are making the short journey direct from your door, down the path that bisects the middle of the golf course.

Thanks to the imminent swing of the wind, quickly shifting tide or pesky personal commitments, you’re working with a vanishing window. The only option is to run. Of course, you’re not going to wear shoes and stash them in the dunes. That’s a daft idea. You’re going to go barefoot and accept that the stabbing pain of sharp stone on soft sole is a necessary evil between you and your shred.

You’re going to try and take the narrow channels of stony path you know to be slightly less punishing and risk the wrath of golfers (or the pain of getting twatted by a ball) by taking the elevated grassy paths on either side where possible. But you know full well that overtaking the elderly and swerving wayward dogs will mean much of your course will be forced.

So you grit your teeth and try and convince yourself the excursion is character building for your feet, that the skin is getting harder and short term pains means long term gains. You wonder if one day in the future the run will no longer illicit such agony.

Well friends, I’m so pleased to inform you that that day is just a mere 6 weeks away. Not because your feet have suddenly developed rhino hide, but because of an imminent intervention from our darling district council. 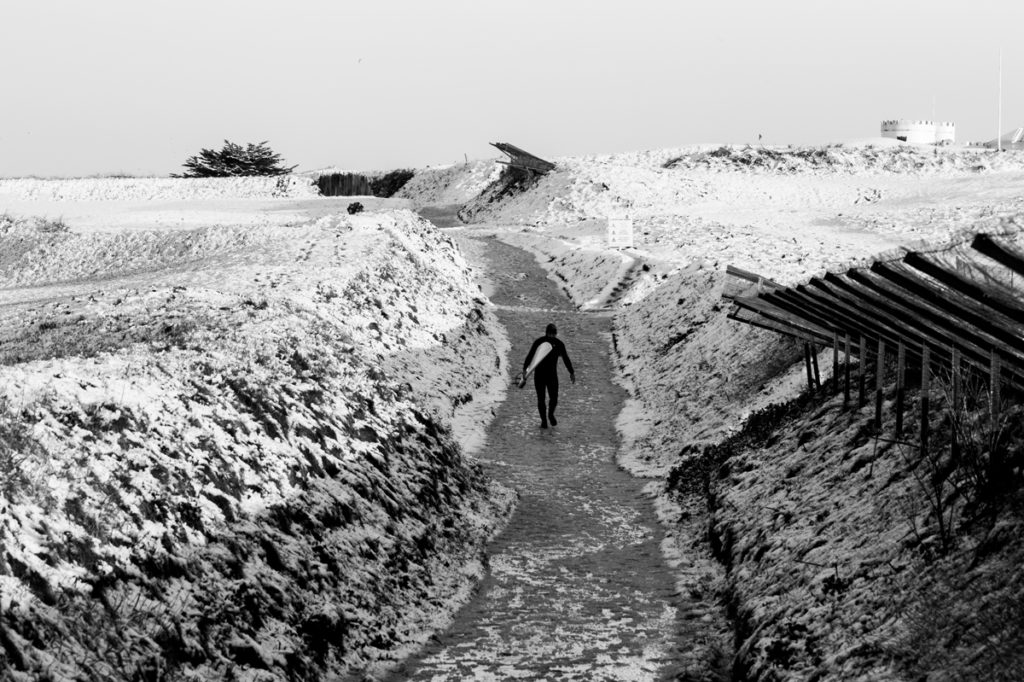 According to Cornwall Live, they’re are finally going to tarmac that path. Smooth bitmac surface, with optimal drainage is on its way. Foot fives all round and let your trotters rejoice.

Now if they could only build in some innovation that’d put pay to the smashed glass and dog shit slalom that often accompanies a run to the beach over tarmac, that would be much appreciated.

(They’ve got a whole load of other developments planned for the stairs and footpaths around Fistral, which you can read about here.)