For the more druidic WL readers, August represents Lughnasadh, a time for harvest, for reaping that which has been sewn. For others, it might merely your best chance of increased water time, with warmer temps, long days and the early manifestations of autumnal weight swells.

For everyone, between fun sessions and harvesting barley crops, it’s also been a time of watching large parts of the planet burn and reading grim excerpts from the IPCC report.

Despite the doom, certain surf folk are setting about fighting the good fight. Here’s a list of some of the recent campaigns happening in and around the waves and groves of Planet Shred. 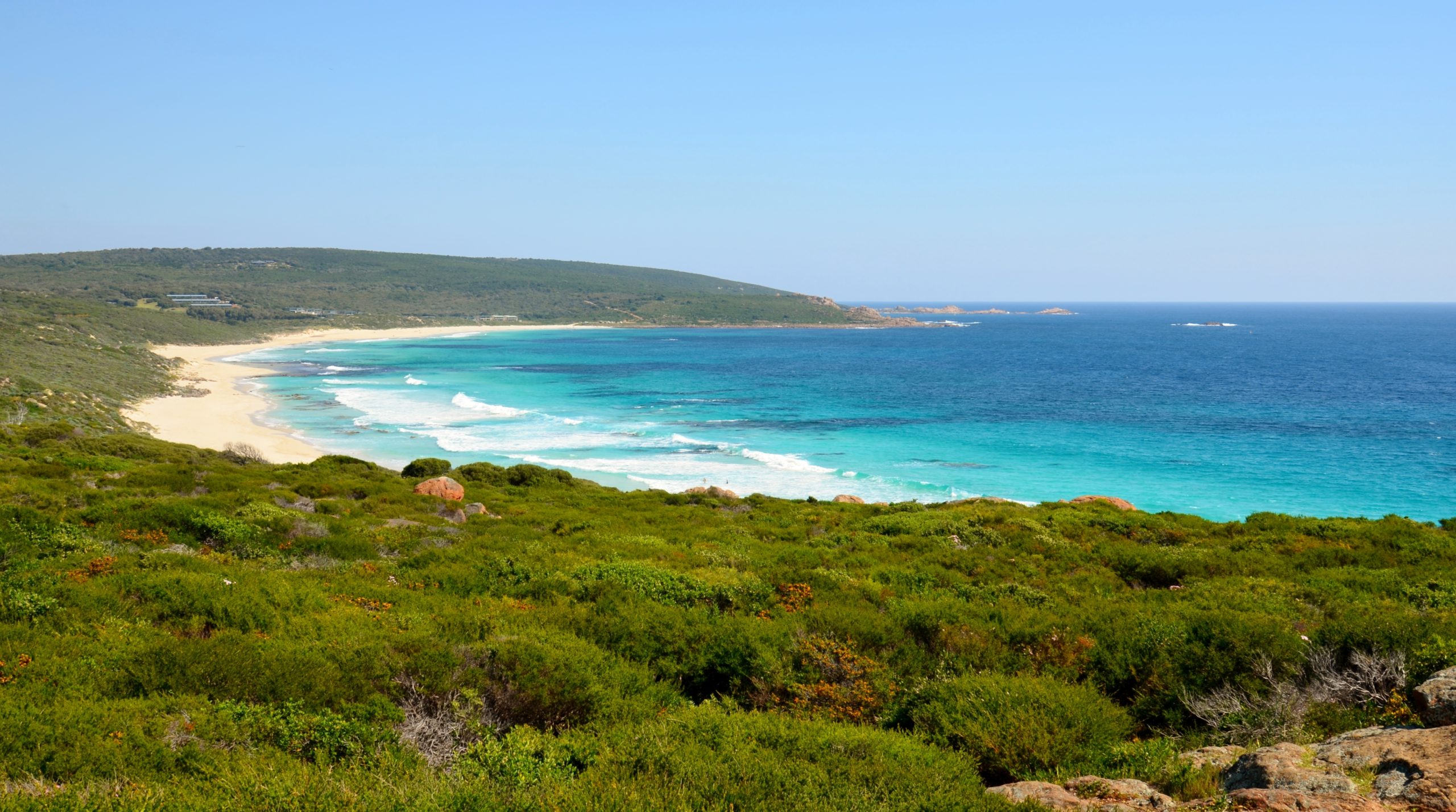 Anyone familiar with the Yallingup stretch of the Margaret River region in WA will recognise it as one of the prettiest and waviest stretches of coast on the pretty wavey continent of Australia. Nearby surf dignataries include the anti-vax Taj Burrow, the anti-vegan Chris Binns, who both would’ve heaved a sigh of relief, along with the rest of the local community when the evil forces of concrete and capitalism were seen off some 15 years ago, when Save Smith’s V1 thwarted plans to develop the shoreline at Smith’s Beach, home of a spot known as Supertubes.

Alas, the struggle continues; a Perth developer is pushing through plans for a hotel, residential blocks, shops and much more, and are planning to broach as far west as possible on Smith’s Point into proposed National Park. The development is 30% bigger than the previous proposal, and according to Smith’s Beach Action Group (SBAG) is playing fast n’ loose with the planning laws, using Covid fast track schemes to circumvent approval processes. We asked Binns whether his activism would be centred on going through the proper channels, or more the evil fairies steeling in at night and raging against the earth moving machines, Greenham Common stylie. “A bit of column A, a bit of column B” he surmised. 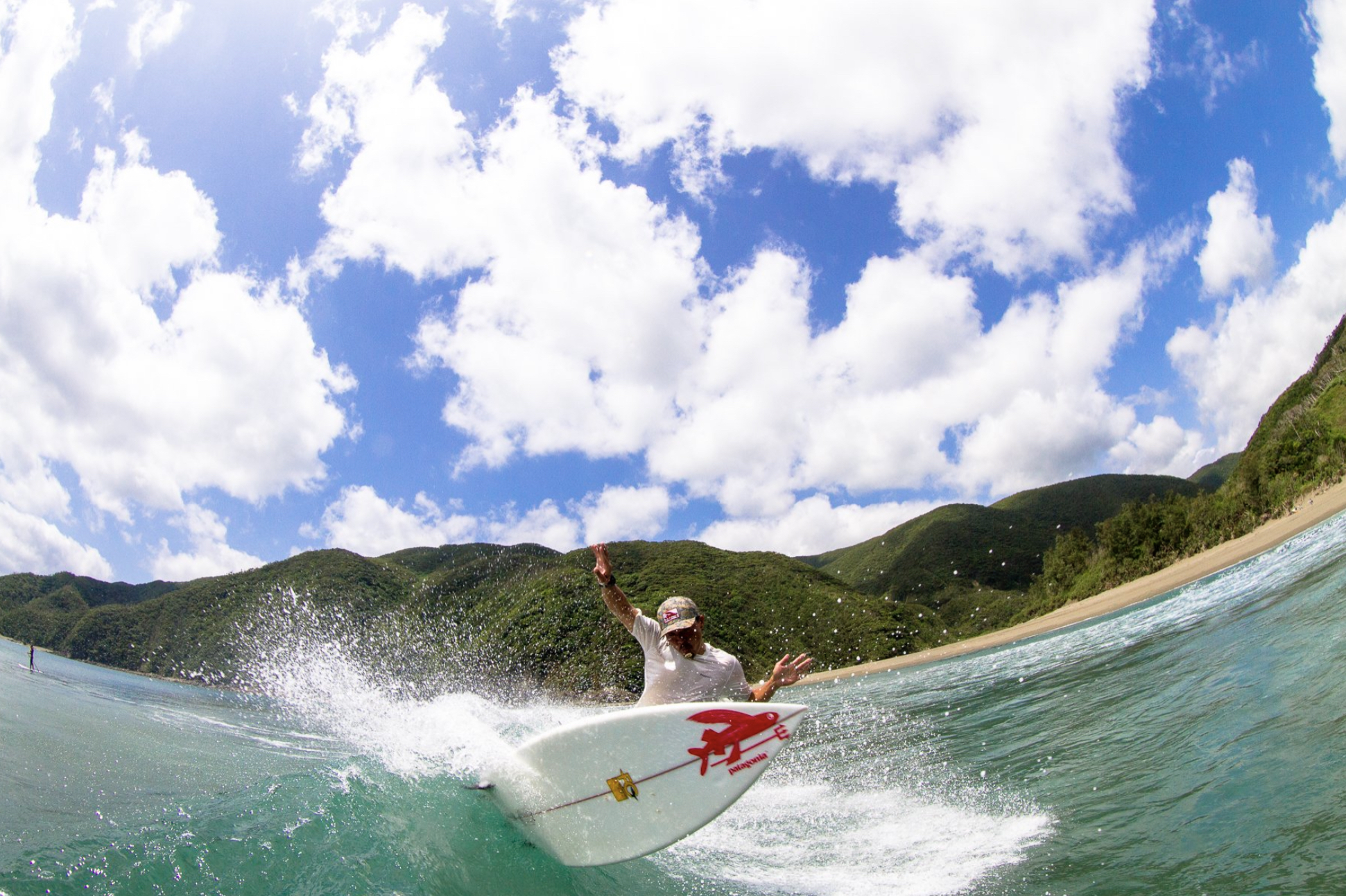 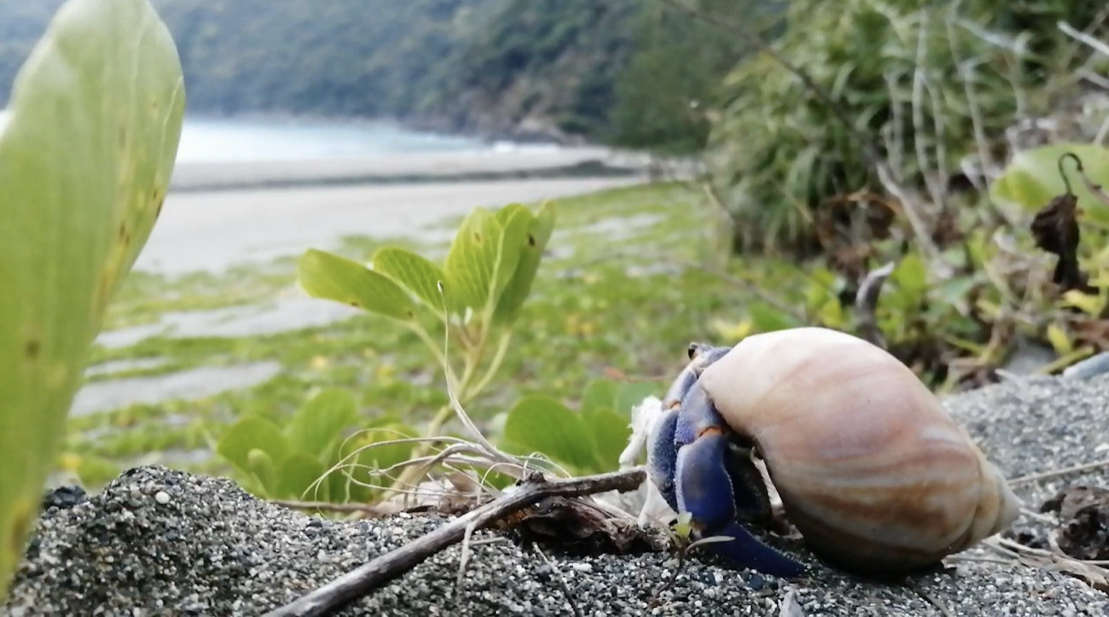 Only last month the Japanese Olympic surf venue of Tsurigasaki Beach held the world in its thrall, kinda. Being close to the capital Tokyo, and being shored up by a series of jetties and coastal defences, it looked every bit the urban beach it is; brown water, kinda concretey. But elsewhere in the Land of the Rising Sun, a campaign is underway to prevent a seawall from being constructed at what is being labeled as one of Japan’s last pristine beach environments.

Save The Waves has teamed up with Association for the Conservation of Amami’s Forests, Rivers & Coastal Ecosystems (ACAFRCE) to advocate for the protection of Katoku, known as the Jurassic Beach for its timeless and ancient natural beauty and wonder, is the last natural surf ecosystem with public access on the island of Amami without a seawall, and the only known nesting site in Japan for the rare West Pacific Leatherback Turtle.

“Katoku is one of those very rare places in Japan where one can feel the unity of nature and the connection between mountains, rivers and ocean,” said Jon Takaki of ACAFRCE. “This campaign goes beyond protecting one spot – it is about drawing a line in the sand and setting a new example for coastal conservation in Amami-Oshima and Japan.” 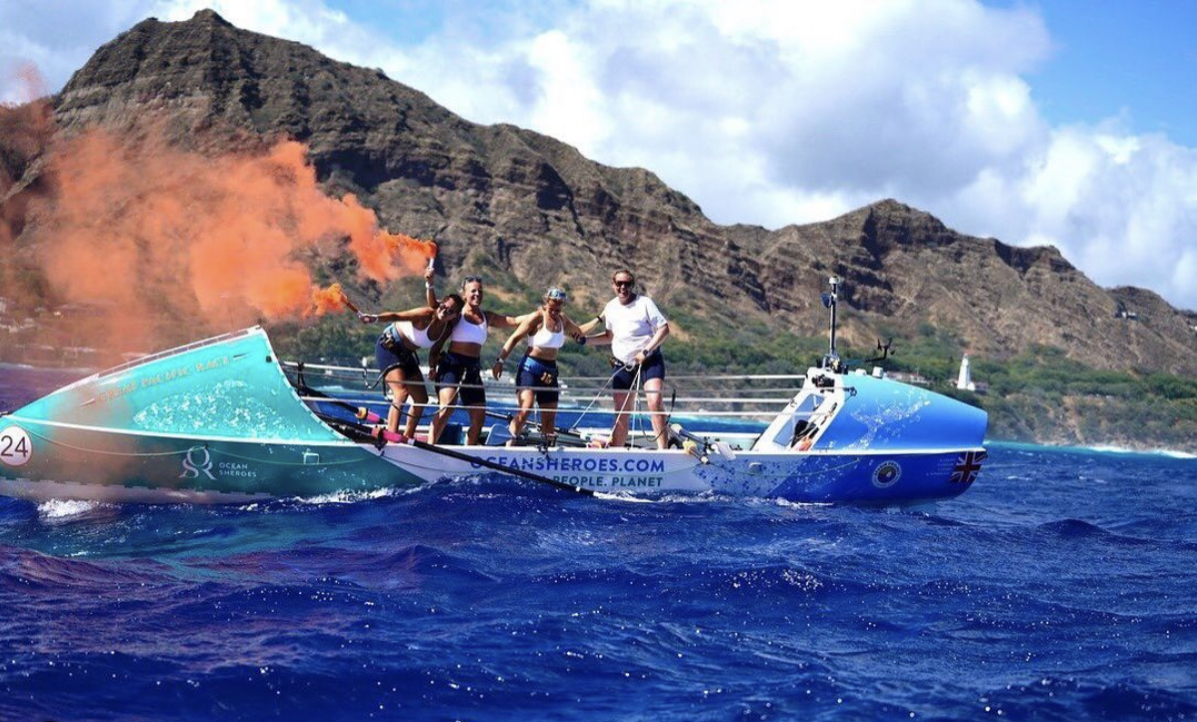 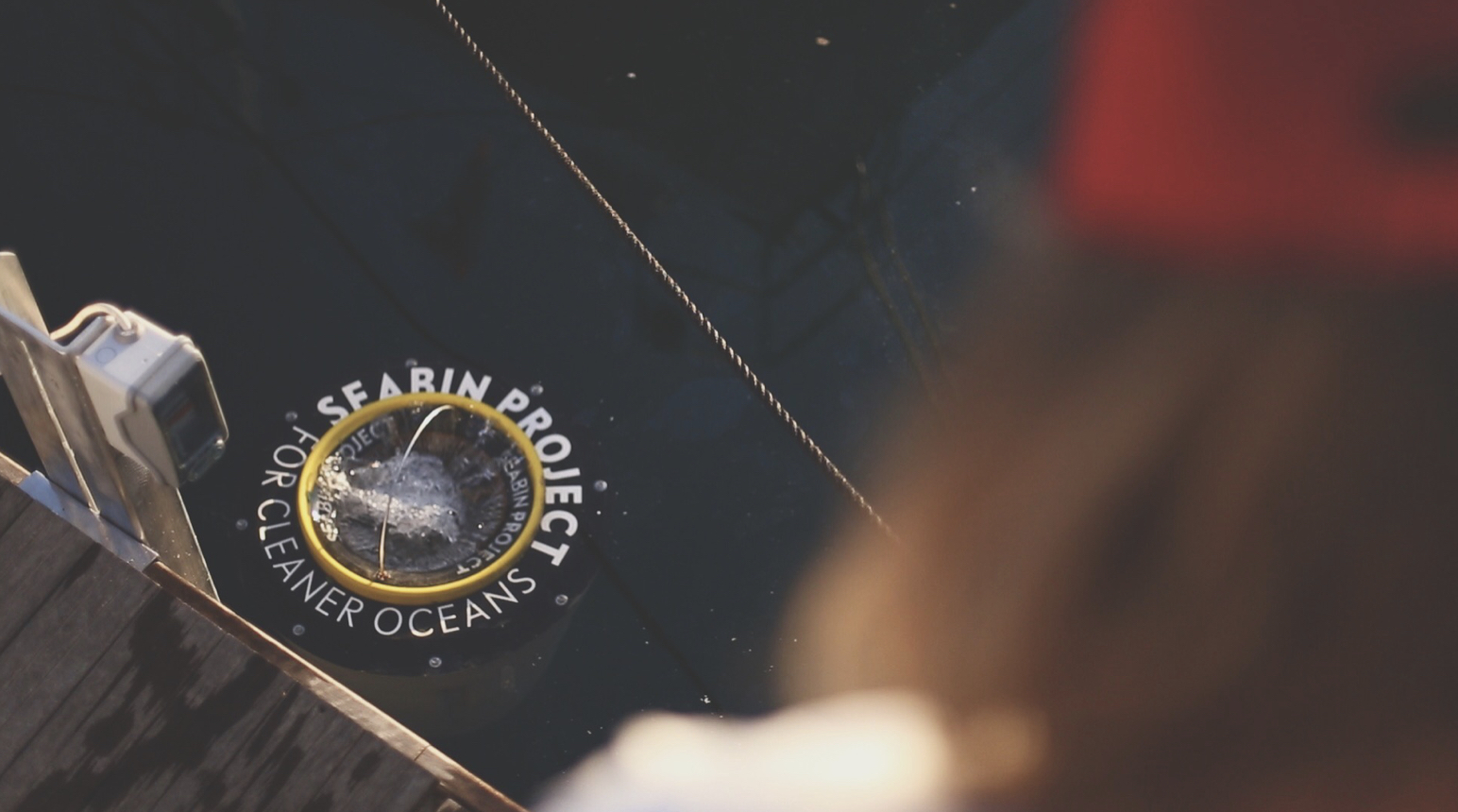 A world record, and a wedge of cash for Seabinproject.com

A team of four British women completed The Great Pacific Race in early July, a rowing race from San Francisco to Hawaii, making the 2400 nautical mile voyage in 35 days, 14 hours and 23mins, smashing the previous record by 14 days. The foursome, Lily Lower, Bella Collins, Mary Sutherland and Purusha Gordon are raising money for the Seabin Project, floating devices that filter ocean plastics from the water column. Bella, a Cornwall-based surfer and sea swimmer is marketing manager at Porthleven based Flexi-Hex when she’s not rowing across oceans (she’d already rowed the Atlantic before attempting San Fran to HI), said  “The Seabin Project design and produce amazing sea bins to be placed in ports and marinas to collect waste before it ends in the ocean and damages marine environments. What we really love though, is that the organisation has a motto that they “don’t want to exist”- so they look into what waste is collected, where it is coming from and how they can prevent that waste ending back in the ocean time and time again. We want to raise funds for the Seabin Project to install more bins in the UK.” 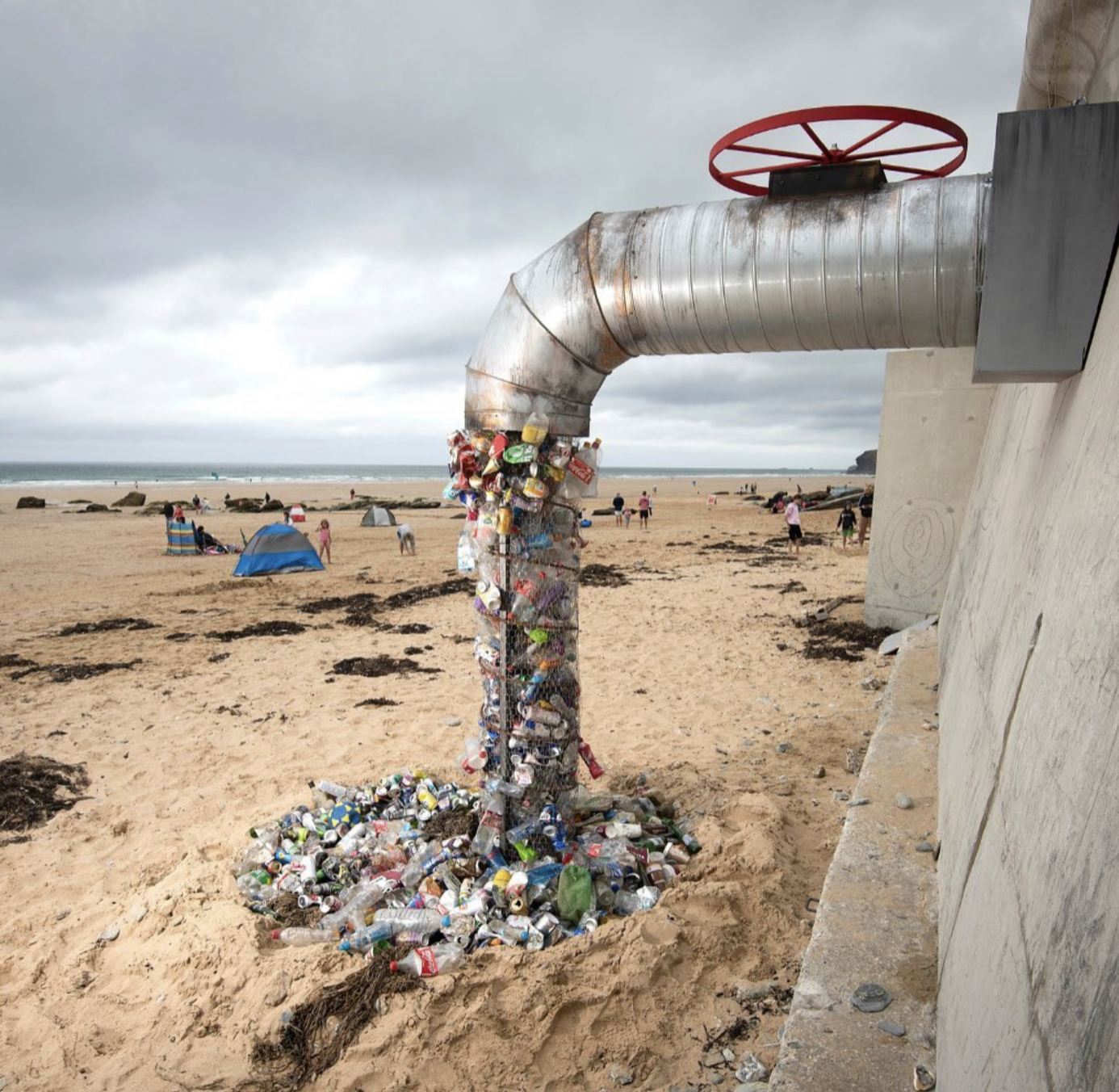 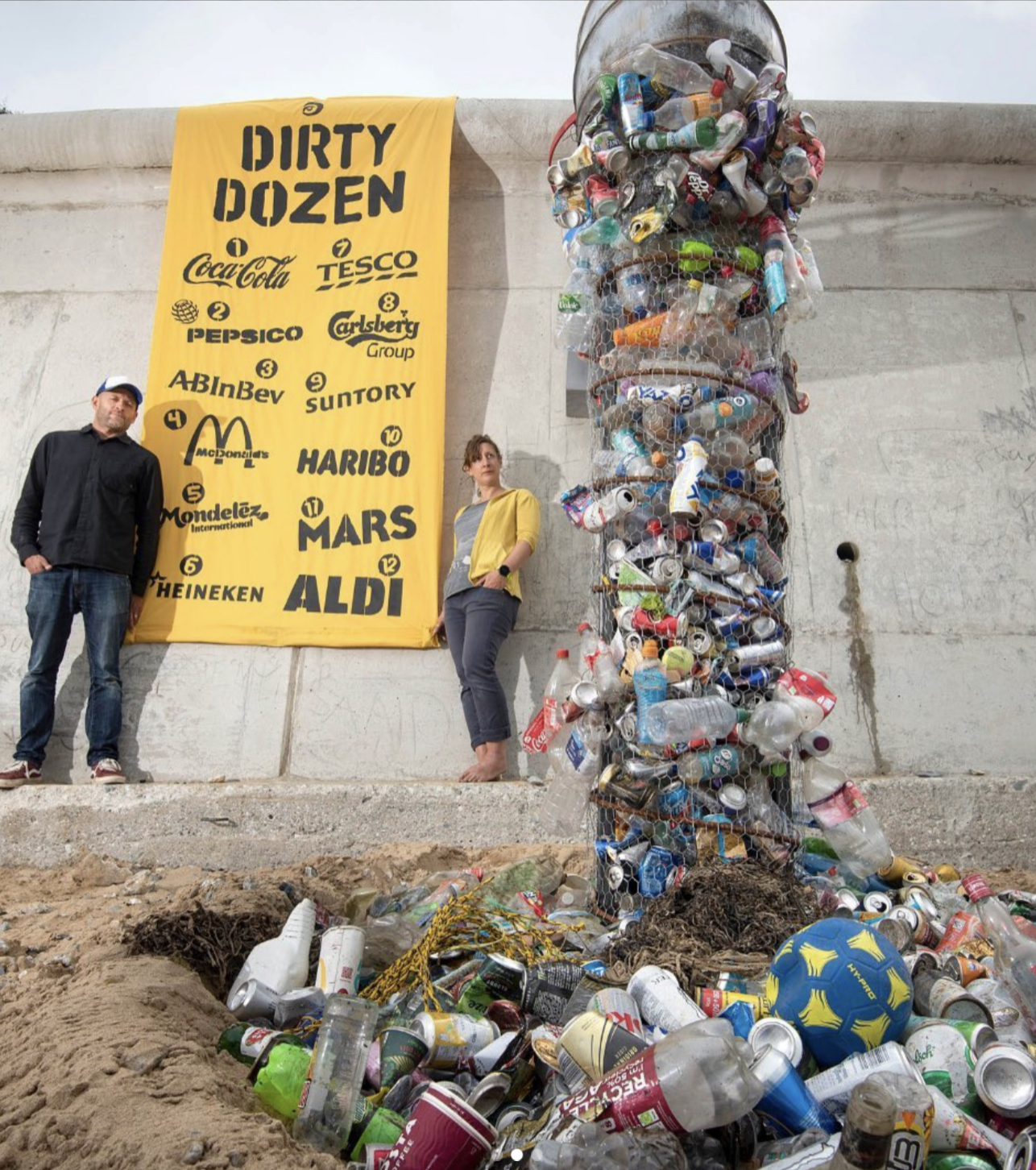 Rumours that many visitors to Watergate didn’t actually notice the SAS installation, thinking instead it was actually like that all the time merely highlight the grim reality of the plastic problem.

The twelve companies most responsible for the plastic packaging pollution that blights the living world around you in the UK have been named and shamed by Surfers Against Sewage, who recently unveiled an installation at Watergate Bay near Newquay made up of plastic waste collected by volunteers on beaches, countryside and in urban areas around the UK. The ‘Dirty Dozen’ includes the likes of Coca-Cola, Pepsi, McDonalds, Heineken, Tesco and Mars, or in other words, the stuff people buy the most, before chucking out the car window/into a whale’s blowhole. If you’re fairly surprised Costa Coffee didn‘t make it in, as would anyone who’s ever driven a car in the UK and slowed for a roundabout or junction, well they’re Coca-Cola. Hugo Tagholm of SAS called on the UK Government to introduce an all in deposit return scheme. “Our annual Brand Audit has revealed the shocking volume of plastic and packaging pollution coming directly from our best-known brands and their parent companies. Serial culprits like Coca-Cola – who are the worst offender – are still not taking responsibility. We urgently need an ‘all-in’ #DepositReturnScheme and governments to hold these companies to account.” ⠀

What do you want out of the #newnormal? As you were? Something else? It’s still very early days since the Covid spring, but so far it feels like the major positive changes in the [...]