There are different ways of honing your own surf-tinged strand of eco-woke awareness.

It could be through time spent gorping at the News Feed, practicing Insta’s more performative brand of alleged environmentalism. But alas, there are only so many vegan yoga humblebrags, so many avocados cupped in hand of the self-admirer.

Maybe there’s a dream catcher here, a Mexican blanket there. Maybe the word ‘sustainable’ is in front of any and everything, as you swipe up to your online shopping basket, somehow convinced that this latest purchase is doing the world a favour.

If you prefer a more immersive medium, and you’re willing to spend a bit of time to grasp the issues and get off screen, let us recommend a book.

Here are five nothing-to-do-with surfing books that might help awaken, or embolden, your inner eco-warrior.

And if not, they’ll at least make your book shelf – upcycled wood against a white wall, succulent in mini terracotta pot – even more ‘grammable.

Win/win, in other words.

Six Steps Back to the Land // Colin Tudge 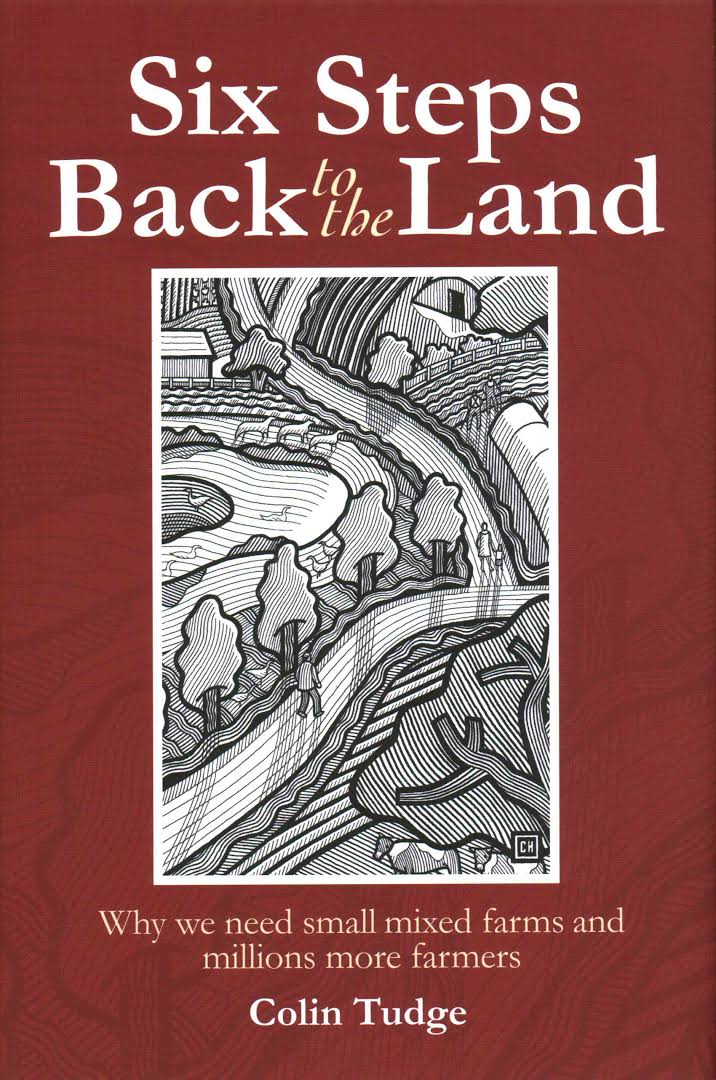 Going back to the land has been a surf thing since the Country Soul movement in the 70’s, and several poignant recent returns, none more so than Irish charger turned Green Party candidate, Fergal Smith’s. I was staying at Ferg’s back in 2014 when he first turned me on to Col Tudge. I was nosing through his book shelf, found Tudge’s Neanderthals, Bandits & Farmers. “He’s brilliant, old Tudge, isn’t he so?” said Ferg early one morning.

Credited for coining the phrase ‘Enlightened Agriculture’, Tudge is a brilliant thinker and writer. 6 Steps Back To The Land essentially explains how small mixed farms are vastly more productive than industrial monocultures, and how the Agrarian Renaissance is key to solving our various pressing issues.

“I am inclined to think that humanity as a whole should remember its forest ancestry (albeit a prehuman ancestry) and base all our future civilisations on trees – in line with the forthcoming age of biology.” reckons Tudge.

Read it under an ancient oak between sessions on your wooden hand plane, then.

“The only time of day I don’t stop what I’m doing and start thinking about George Monbiot, is when I’m already thinking about him, and even then I just think about him a bit more” 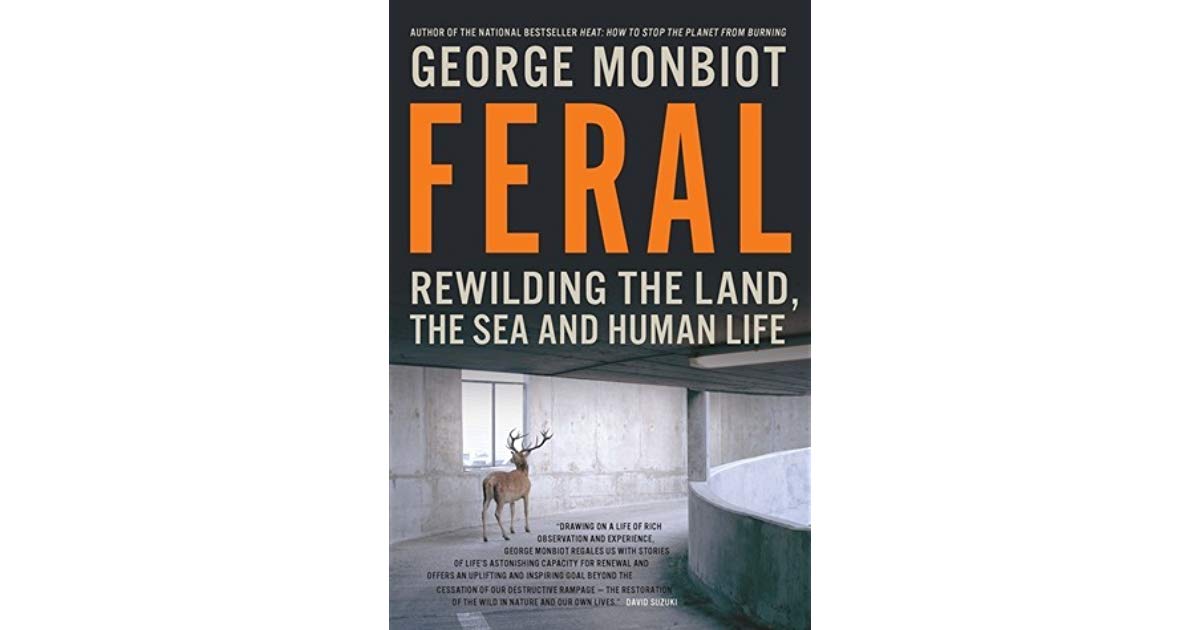 Disclosure time: I have to admit to a bit of a man crush on George. The only time of day I don’t stop what I’m doing and start thinking about George, is when I’m already thinking about him, and even then I just think about him a bit more.

Read Feral, and you’ll understand why. Championing the rewilding movement, Monbiot will open your eyes and blow your tiny mind at the same time. Learn how sheep farming in England and Wales (although George points out it’s actually the subsidy that’s being farmed, the sheep are merely ornamental) is systematically destroying our island (deer in Scotland), how urban gardens are more likely to be more diverse in fauna than Britain’s national parks as a result.

“It is the most positive and daring environmental book I have read” comes Radiohead Thom Yorke’s tribute. Monbiot is noted for his optimism, vision, creativity, which is even more remarkable when you consider his backstory includes getting sentenced to life imprisonment in Indonesia for writing about the West Papuan genocide, and beaten up by police in Brazil for investigating illegal logging in Amazonia. 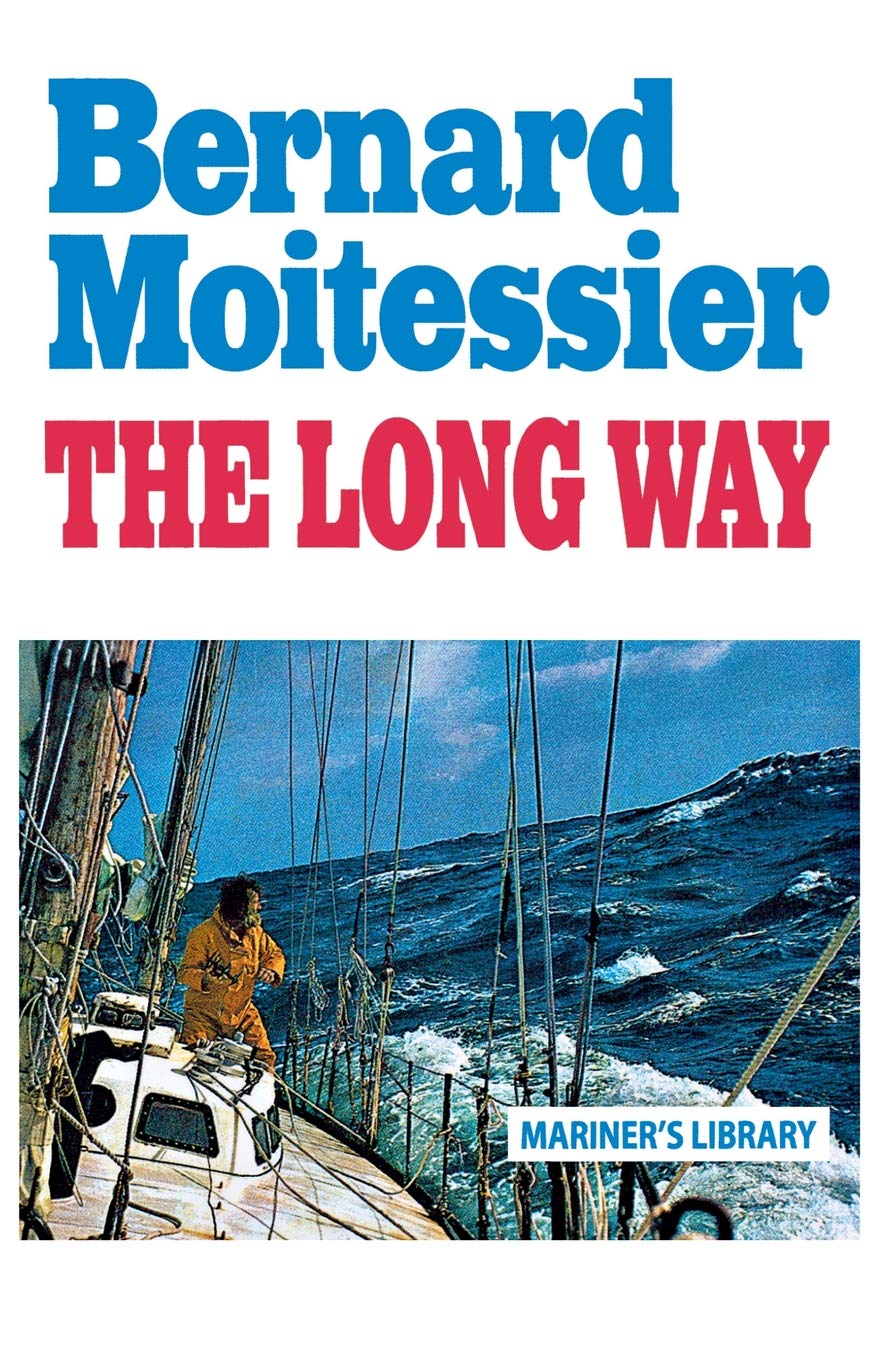 French sailor Bernard Moitessier set off from Sutton Harbour in Plymouth in the summer of 1968 to compete in the Sunday Times Golden Globe Race, the first ever attempt at single handed around the world non-stop sailing.

His book chronicles that epic journey, which involved a spiritual awakening and a rejection of competitive racing ideals.

Moitessier was in contention to win at the time he abandoned the race, and while sailing in different weather patterns from Robin Knox-Johnson, the only person to finish the race, had sailed the same distance in less than two thirds of the time.

Back in the Atlantic after rounding the Horn, Moitessier had an epiphany, rejected his celebrity, world records and the western capitalist ideal to instead carry on another two thirds of the way around the world to Tahiti, where he settled to a simple life to become an environmental campaigner, most notably against French nuclear testing in the South Pacific.

The message he sent to Golden Globe race organisers, informing them of his dropping out was fired by slingshot on to the deck of a passing ship. The message, which played no small part in furthering the Moitessier legend, read:

If his tale of open ocean adventure doesn’t, at least in some small part, make you want to quit your life and set off by wind power for the South Seas, then there is probably little hope for you. 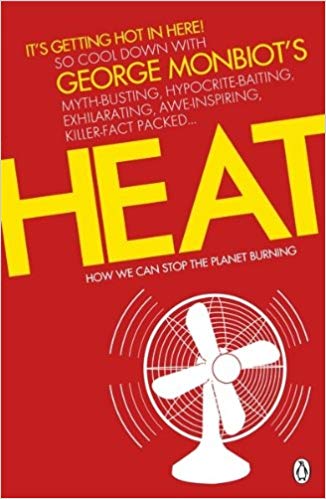 The staggeringly impressive thing about Heat , Monbiot’s 2006 manifesto for change is that rather than just a no holds barred account of the trouble mankind has wrought upon our planet, it also presents practical solutions to reducing our carbon dioxide.

And not just “we need more solar, don’t buy beef”, etc, but actually quantifiable solutions for reaching the target of reducing carbon dioxide by 60% globally (90% in rich nations) to avoid the tipping point in global atmospheric temperatures.

For the jet setting surf traveller among you, it’s a sobering set of proposals, as Monbiot states air travel is one carbon extravagance the planet can no longer afford.

“The growth in aviation and the need to address climate change cannot be reconciled… A 90% cut in carbon emissions means that there can be no more shopping trips to New York or parties in Ibiza, unless you believe that these activities are worth the sacrifice of the biosphere and the lives of the poor.”

How Heat is not being revered as a kind of Bible for 21st Century redemption, I’ll never know.

Or actually I already do; the dark money of disaster capitalists, as George himself calls them… story for another day. 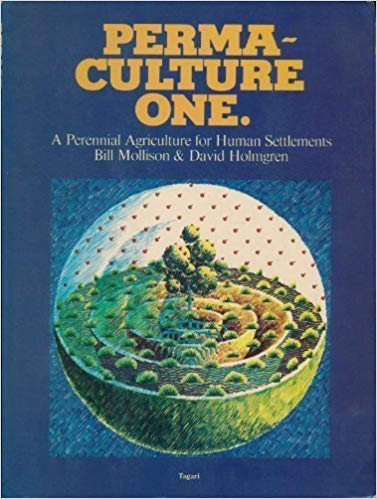 You’d do well to get hold of a copy of Australians Bill Mollison & Dave Holmgren’s epic 1981 tome on the cheap, with new copies going for about 600 quid on Amazon.

‘What exactly is Permaculture?’ you might be wondering. Far more than just gardening techniques, although there’s a lot of that as well, it’s essentially about making a living by working with nature, rather than against it. Perennial plants, as in, ones that stay in the ground year to year like fruit bushes and trees are key to the food forest concept, but the best definition is about much more than just growing food plants in your garden.

‘Permaculture is designing beneficial relationships’ says Holmgren. Whether that means using a bartering system of services/skills/favours with instead of paying, one of the more admirable goals of the permaculture system is to reduce the financial input, i.e. live better with less money.

Permaculture One is probably one of the most influential books of the 20th century, or should be.