Emergency On Planet Shred: Summer Sizzles Environmental surf news from across Europe & beyond

As summer sizzles, and so too does the planet, what’s been happening in enviro-surf news? Bit of everything really.

Temperatures in the appropriately named town of Alert, Nunavet, Canada (the northernmost inhabited place on Earth at 900km from the North Pole) reached 21 C in mid July (seasonal average 5 deg C), around the exact same time the US congresswoman behind the Green New Deal Alexandria Ocasio-Cortez was being told to “Go back to your country” by you know who, and Europe was sizzling under a stubborn flat spell.

Elsewhere, Australia, the world’s largest exporter of natural gas (ahead of Qatar) has just green lighted the building terminal for gas imports, too, coz fossil fuel combustion is totes the future, isn’t it? 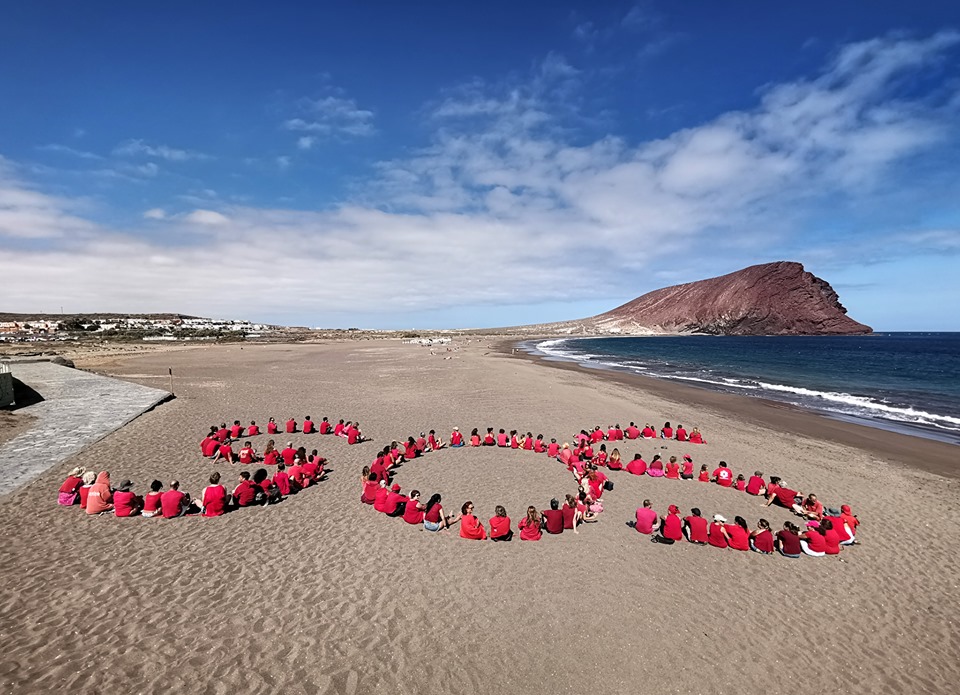 A beautiful, unspoilt beach in Tenerife, La Tejita, known to turn on the tubes during summer southern hemi swells was under threat from the construction of an El Medano 5* hotel, with the early stages of building already underway. However, following a ruling by the Spanish government’s Ministry of Coasts in June, construction has been blocked due to environmental impact concerns, a victory for surfers and activists on the islands.

Tenerife based photographer and all round legend Sergio Villalba posted on his IG “Last Saturday I assisted to a people gathering against the now unlikely construction of a sea side luxury hotel at this beach, which is the last unspoilt sandy beach of the entire south of Tenerife. On Monday the case made the news; the Spanish government ordered the construction works to cease temporarily until a final decision on demarcation of protected areas is finally made. So, yes, it’s possible to protect what we love most in a peaceful way. Power to the people!”

Amen to that. Big up to everyone that mobilised to protect this spot and more power to anyone out there standing up to protect the beauty of the natural environment against corporate interests via the peaceful protest. 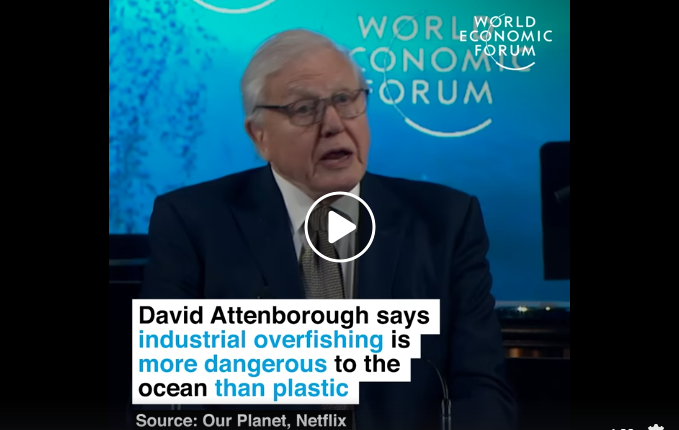 Lots to talk about in fishing – aka mass ecocide – news. Back in spring, the screening of the documentary La Bataille de la Resource with talks from enviro groups Bloom and Sea Shepherd in Capbreton’s iconic one screen art deco cinema, Le Rio was cancelled after advice from police and the town hall, after members of the fishing industry had threatened they were “prêtes à en venir aux mains’’ (ready to come down and sort you out).

“Next time you’re smugly stuffing sushi in to your hole, or maybe ordering the tiger prawns… this is the industry you’re actively supporting”

The thugs won and the film was never shown in Europe’s surfing capital. Yep, 2019 folks.

Elsewhere, a prominent UK environmental organisation complained about my feature The World Ocean Day Conspiracy last month, for mentioning their lack of overfishing related activism, compared with that of plastic pollution.

Meanwhile, Sir Dave Attenborough, who in the past had been criticised for his poor record on the environment, notably for leaving out any talk of overfishing in his almost universally lauded Blue Planet 2, except for a focus on a single Norwegian practice that avoids killing orcas, changed tack in June and joined the consensus among the scientific community, that the 80 million tonnes of fish (wild animals) taken from marine ecosystems annually present the biggest threat to their health.

Remember, next time you’re smugly stuffing sushi in to your hole, or maybe ordering the tiger prawns, thinking you’re somehow opting for the ‘healthy’ choice, this is the industry you’re actively supporting. 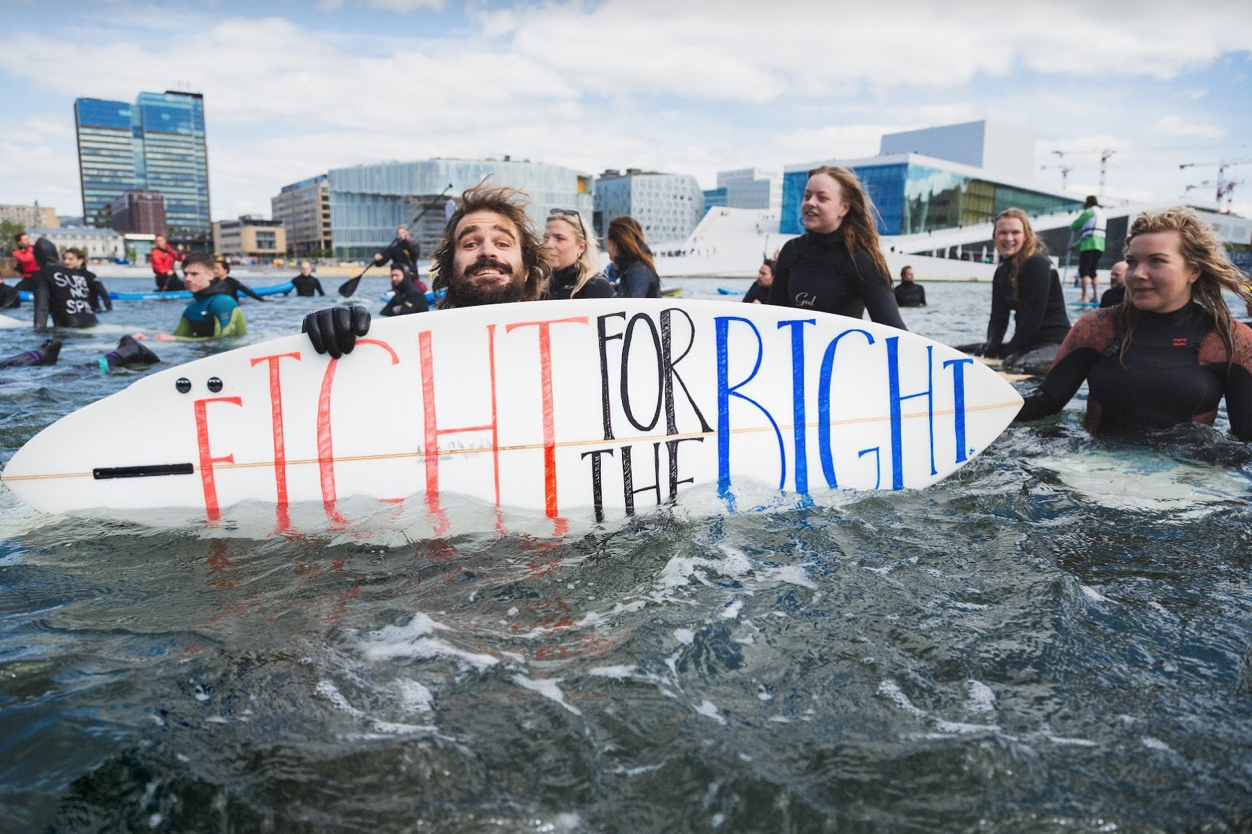 Fight For The Bight Update

“Yesterday a delegation including @healthjozza @patagoniaaus and Uncle Bunna Lawrie met with Australia’s Chief Scientist Dr Alan Finkel who is leading the Federal Government’s “Independent Audit” into Equinor’s plan to drill in the Bight” writes Sean Doherty, esteemed Australian surf journo and the penman behind the #FightForTheBight movement via his IG. “The Audit isn’t even looking at the drilling or the risk to the coast or wildlife or jobs, it’s only about who Equinor consulted while pulling their plan together. Do you know Equinor didn’t speak to one traditional owner? Did you know Equinor only consulted commercial interests within a 40km radius of their well… which is 400km out to sea! The secrecy around this plan continues.”

Patagonia have been supporting the widespread public condemnation of Norwegian oil giant Equinor’s plans to drill in the seas of the Bight, a campaign that included Heath Joske visiting Oslo back in May to deliver over 300 letters of protest to Equinor CEO Eldar Sætre at the oil giant’s Annual General Meeting (AGM). 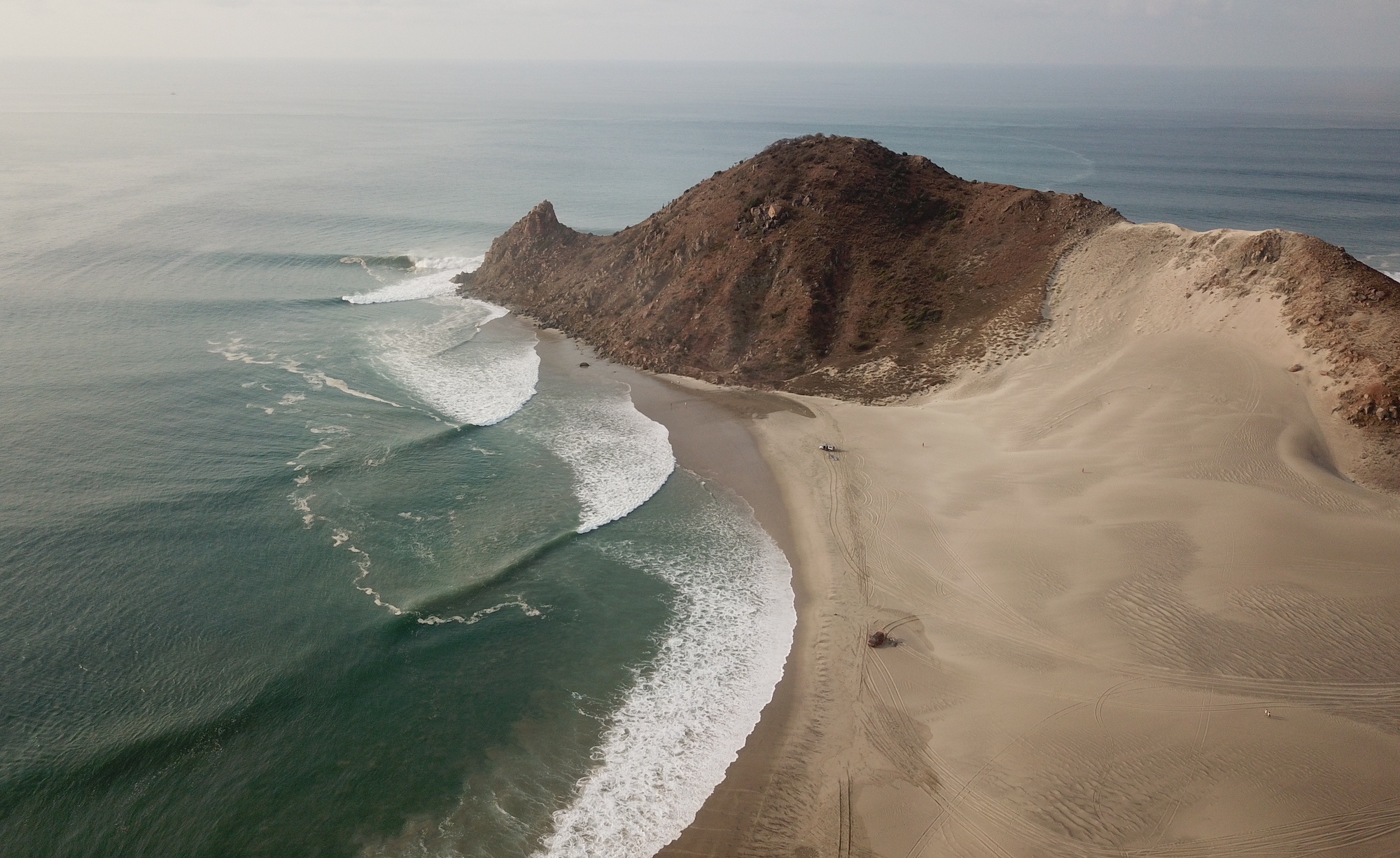 One of the stand out waves on the stretch of coast made famous by Rip Curl’s Search WCT event in 2006, and one of the most photogenic lineups anywhere, Mexico’s Punta Conejo is under threat from a proposed port construction as part of the Mexican government’s    Development Plan for the Isthmus of Tehuantepec.

“The entire habitat that surrounds Punta Conejo surf break is a permanent and temporary home for the reproduction and breeding of listed and vulnerable species, including the leatherback and olive ridley sea turtles. Playa Brasil, Playa Azul and Salinas del Marqués lagoon not only provide habitat for endemic animals and plants but are also economically vital ecosystems for the local fishermen,” reports the California-based non-profit.