Seaspiracy had invoked a variety of responses among a broad range of people, none of which seems to be apathy, or silence. The Netflix documentary, having gone straight to no.1 on the streaming service in the UK and in to the top 10 in over 50 countries, has been as lauded as it has been disputed and dismissed. Our own article Seaspiracy – 5 Shocking Take-Aways underlined the surfing audience’s apparent interest, quickly becoming one of our most-read stories of the spring.

Responses varied from shocked consumers vowing to change their sushi gobbling ways, to those calling fake news and disputing the film’s claims (chiefly the fishing industry, its lobby groups and associated members of the scientific community), to NGO’s defending themselves from general accusations of colluding/appeasing commercial fishing, to the very much more basic, “Lettuce have feelings too” (one of my friends on FB).

In fact, pretty much everyone and everyone has had something to say in response to the film.

Hugo Tagholm of Surfers Against Sewage called the science “somewhat clunky”  as part of a well balanced response What Does Ocean Conservation Look Like Now? where he starts by stating “Seaspiracy gets a lot of things right.”

The Guardian‘s Today In Focus podcast interviewed marine ecologist Bryce Stewart last week, who disputes the film’s bycatch figure of 40%, among others; “the actual figure on bycatch, is thought to be around 10%”. (If Stewart is correct, a mere 10 million tonnes of marine wildlife are slaughtered accidentally by the fishing industry every year, phew!).

Guardian columnist George Monbiot, who features prominently in the film, responds in the same podcast, “There’s no form of fishing that helps the marine ecology: you get damaging fishing, and extremely damaging fishing.”

With everyone and anyone having their say, we got in touch with the film’s 27-year-old Kent-based director Ali Tabrizi, to learn a bit more about him, and revisit some of the claims and counter-claims. 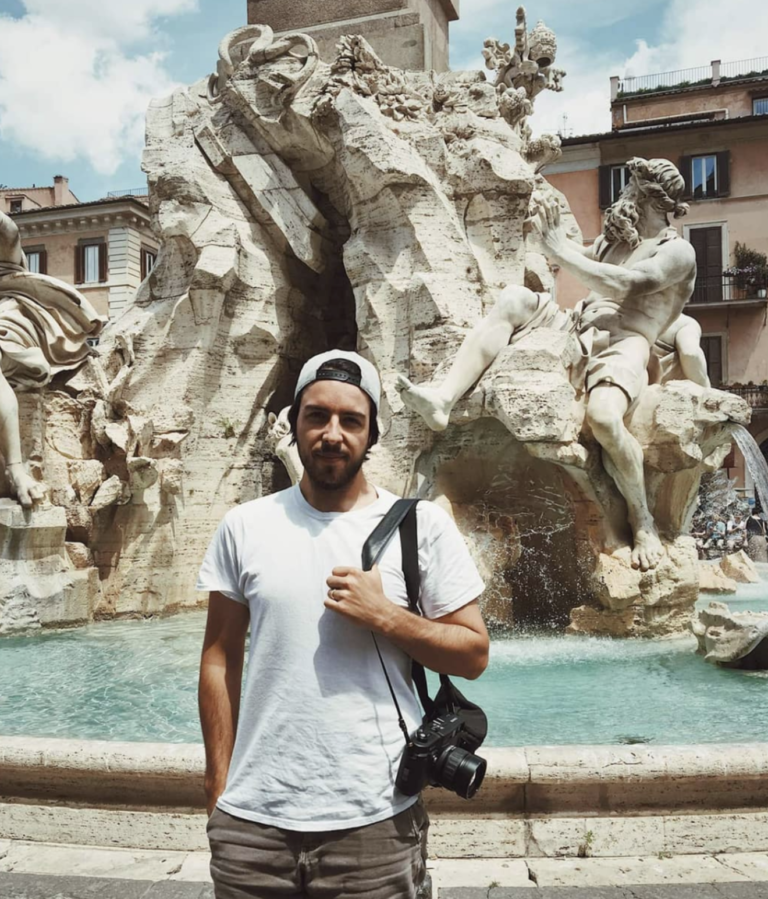 WL: Do you have much of a surf story?

AT: My surfing debut was regrettably only a couple years ago, I’ve been riding skateboards ever since I was about 10 years old though, so riding a surfboard came quite naturally. Growing up on England’s south east coast we are really deprived of good waves and so there isn’t much of a surfing culture here. But I’m looking forward to traveling more after covid and seeking out some surf spots so I can combine my love of the ocean with the joy of riding boards.

Several people I spoke to saying ‘you gotta watch Seaspiracy’ responded ‘Having sushi/fish n chips tonight, might watch it tomorrow.’ Have you spoiled dinner?

Better to ruin dinner than our oceans forever, but I don’t think of it as “giving up” on anything. Instead this is an adventure into a new way of eating, an invitation to discover and incorporate so many new and exciting foods and flavours. I still eat fish and chips, tuna mayo sandwiches, salmon sushi, calamari, shrimp, etc. it’s just that I eat the plant based alternative of it. They are just as tasty, and it’s a delicious way of leaving our oceans and it’s incredible wildlife alone. Most supermarkets have these alternatives in the vegan/vegetarian section, and just a quick google search will show so many recipes. We also have a meal planner on our website, and I think people are really surprised and excited by everything that’s available to eat. It’s a no-brainer.

Much of the criticism of the film has dismissed it as being biased. Is it?

In terms of being biased, it’s interesting to note that many of the critics are coming from the fishing industry, or work in close collaboration with the trade. The problem has been that for so long we have allowed the fox to guard the chicken cage. In virtually every instance, sustainable labels and even fisheries scientists get their income from the very industry they should be policing. We wouldn’t stand for this if we were talking about the tobacco industry or the fossil fuel industry.

The ’empty seas by 2048′ claim has come under particular scrutiny. Is it wrong?

Regarding 2048, we referenced a study in the film which has been cited over 3,000 times, and has never been corrected or retracted by the authors. Some working in this field actually believe 2048 to be optimistic, as we are already seeing dead oceans in many parts of the world, but ultimately it doesn’t matter if it’s 2038, 2048, or 2058, the trajectory is what is important – and it’s going down. The main critics to this study come from within the fishing industry, and scientists whose paycheck comes from fisheries. We go into this in depth on our website fact page.

Another claim that has been flagged as inaccurate, is the sea turtle bycatch figure, of 250 000/year in the US.

Regarding sea turtles, we appeared to have repeated an original mistake made in the Sea Turtle Conservancy white paper which revealed that the near-global figure was misattributed to the United States alone. However, in the last week this gave us the opportunity to learn that the most current worldwide analysis estimates the bycatch of at least 8.5 Million sea turtles in a seventeen-year period – meaning, a shocking 500,000 sea turtles every year worldwide. However, even if we did get a few numbers or percentages slightly off, it changes nothing about the thrust of the film and the reality of what is happening to our seas.

Another criticism has been to discredit the film’s message, because you’re pushing a vegan agenda.

I’d like people to make up their own mind, but if our email inbox is anything to go off, the vast majority of people who have watched the film are ditching eating marine animals. It is by far the most powerful and effective thing we can all do everyday to protect our ocean and all the marine life within it, from whales to dolphins, sharks to turtles, fish to shrimp. We can protect entire ecosystems when we simply stop the carnage and leave the ocean alone. 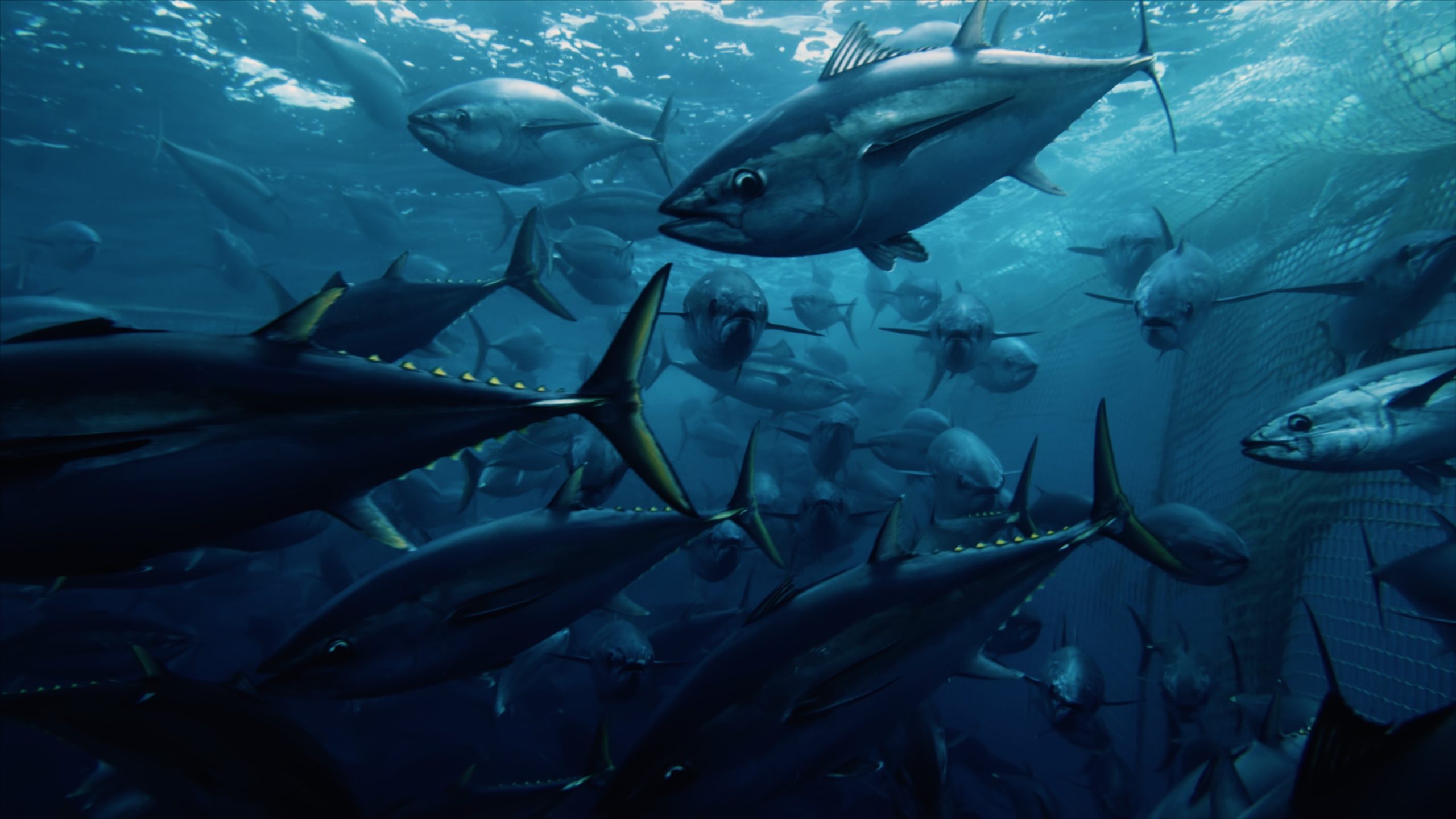 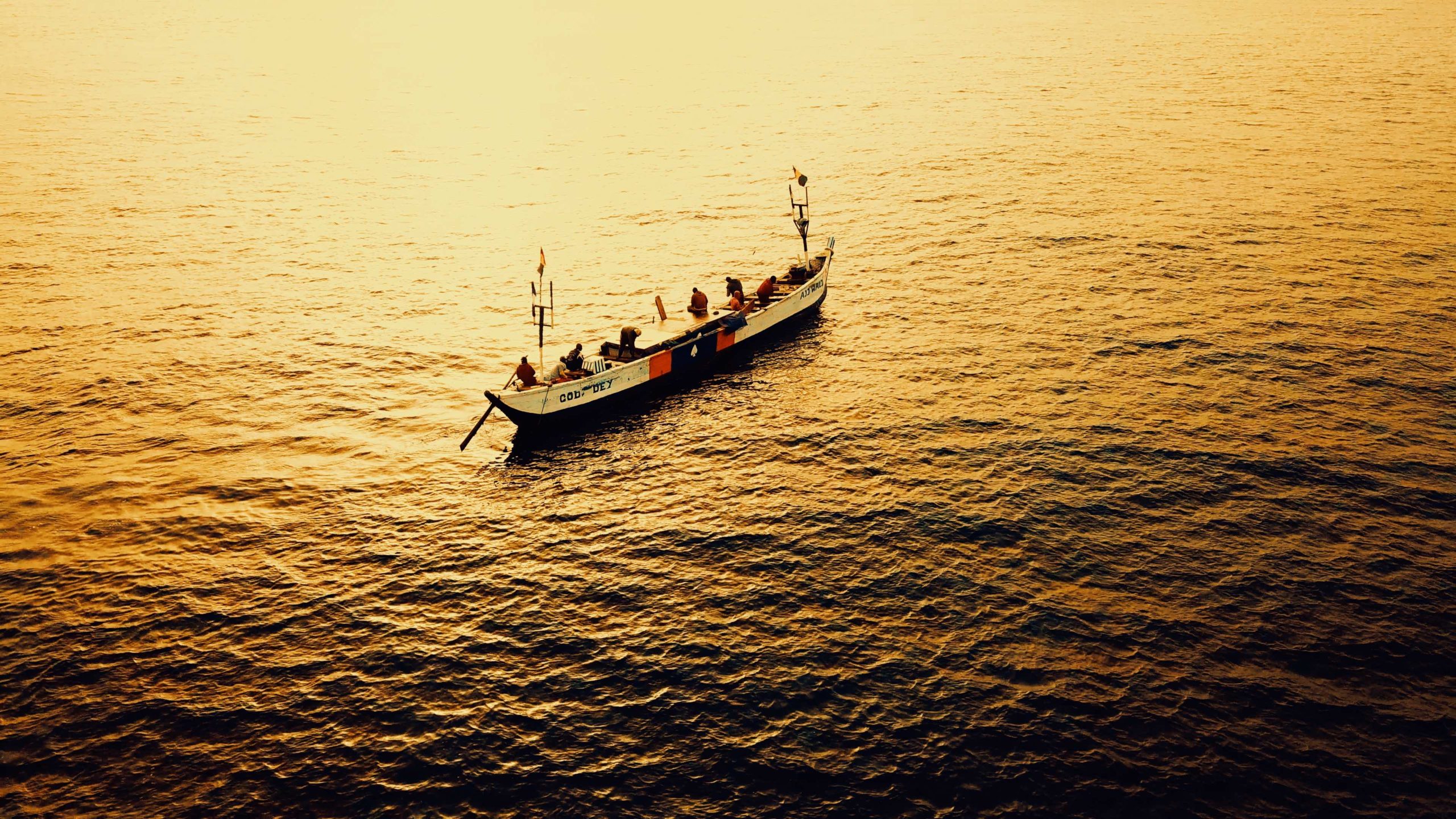 The stance of many of the film’s detractors seems to be a) commercial fishing’s not that bad and b) even if it is, we need it to prevent starvation, as if speaking on behalf of hungry people in the developing world.

I find it bizarre that indigenous fisher people are being weaponized by some critics in developed countries to justify fishing and fish consumption in the rest of the world. It’s a kind of cultural appropriation that is, quite frankly, disgusting. Our film exposes the global industrial fishing industry, and we even highlight how these massive subsidised fleets are wiping out the fish that small scale fishermen in Somalia and Liberia depend on to put food on the table – which in effect can drive them to piracy. Indigenous peoples make up about 2% of global fish consumption, though I’d expect the true percentage to be a tiny fraction of that when you take into account discarded bycatch and any unreported fishing numbers. Ultimately it’s like people saying “You can’t say deforestation and fossil fuels are unsustainable, because indigenous people in the Amazon and Congo rely on chopping wood and charcoal to cook their food”.

Most surfers, or people in general, aren’t going to go through the various referenced published studies and quibble statistics and peer reviewed papers. Can you sum up the biggest threats to the ocean, in simple terms?

The fishing industry is by far the leading threat to our ocean. It’s the leading killer of wildlife at sea, biggest destroyer of marine habitat, the major polluter in many parts of the world with a million tons of fishing gear that gets dumped at sea each year. That said, consumer plastic waste ending up in our waterways and oceans is an awful issue as well, as is agricultural runoff, mostly from livestock farms, entering the sea and causing dead zones.

We have so much more to expose and uncover when it comes to our ocean, and so we will be putting out even more investigative and educational content on our social media pages which will propel this global movement to save our ocean even further.

We need a three pronged approach to save our seas. Reduce, Defund, Protect. Reduce and eliminate marine animals from our diet, Defund the $35 Billion going to the fishing industry from our taxpayer funded subsidies, and Protect massive areas of ocean from fishing, with the goal of turning 30% of our ocean into a no-take zone by 2030 – our petition for this at change.org/seaspiracy has already reached 500,000 signatures in 2 weeks. Let’s get it to 1,000,000.

The World Ocean Day Conspiracy That Nobody's Talking About

On the day we profess our love for the big blue, why isn’t anybody talking about the biggest

World Ocean Day went down last week (June 6th) and it was a huge, huge hit with some forty thousand posts using the hashtag, hundreds of millions of likes. So many folk were keen on saving the [...]