Home » Four Places In England You Never Knew Had Waves

Four Places In England You Never Knew Had Waves

Even the most weathered old British sea dogs among you might be surprised by some of these:

Although the idea that Britain has no waves at all is starting to fade worldwide, coverage of our beloved surf scene is still very much focussed around a few key areas.

Accordingly, you’d be forgiven for thinking very little surfing goes down outside of SW England, Thurso, the NE and South Wales. The reality though, is very different. A little digging reveals we are in fact a nation quite obsessed with wave riding, even when the waves in question are fickle, pitiful and frequently cut apart by freezing winds. Here at WL we’ve been making a concerted effort over the last few years to showcase some of Britains little known surfing pockets, running galleries of Brighton, The Isle Of Man and Cardigan Bay. There are still a few images that come across our desks from the depths of Blighty that raise an eyebrow. Here’s four that we reckon might surprise even the saltiest of old British sea dogs among you:

Well known as the north west’s premier holiday resort, to look at it on a map you’d say it was inconceivable that Blackpool would ever get enough swell to throw up rideable waves. We’d certainly not given it much thought, until we came across this video from Oliver Turnbul, filmed during Storm Brian. Sure it’s pretty tiny, but the look of the swell and the way it draws up off the point is surely enough to get any surfer’s imagination running wild on what this point might do on the day of days. From what we can ascertain there’s not much of a surf scene there- in fact we cant find a single picture of someone surfing in Blackpool unencumbered by kite or paddle, however further research did reveal the dangerous craze of ‘bus surfing’ has enjoyed brief periods of popularity in the town centre.

While north sea swells sometimes make it as far down as East Anglia, offshore sandbanks and a shallow coastal shelf takes much of the power out of the waves by the time they break along Suffolks 50 miles of sandy coastline. However, there’s an avid crew of local surfers who don’t need much to get them out there and amongst it. Lowestoft in the far north of the county is the most popular spot, and plays hosts to a series of fun peaks in the shadow of the pier on a decent N swell. It also holds the title of Britain’s most easterly surf break. In terms of quality Suffolk, is far surpassed by better known northerly neighbour, Norfolk- but every dog has its day and it’s worth having on your radar, especially if you’re based in London. 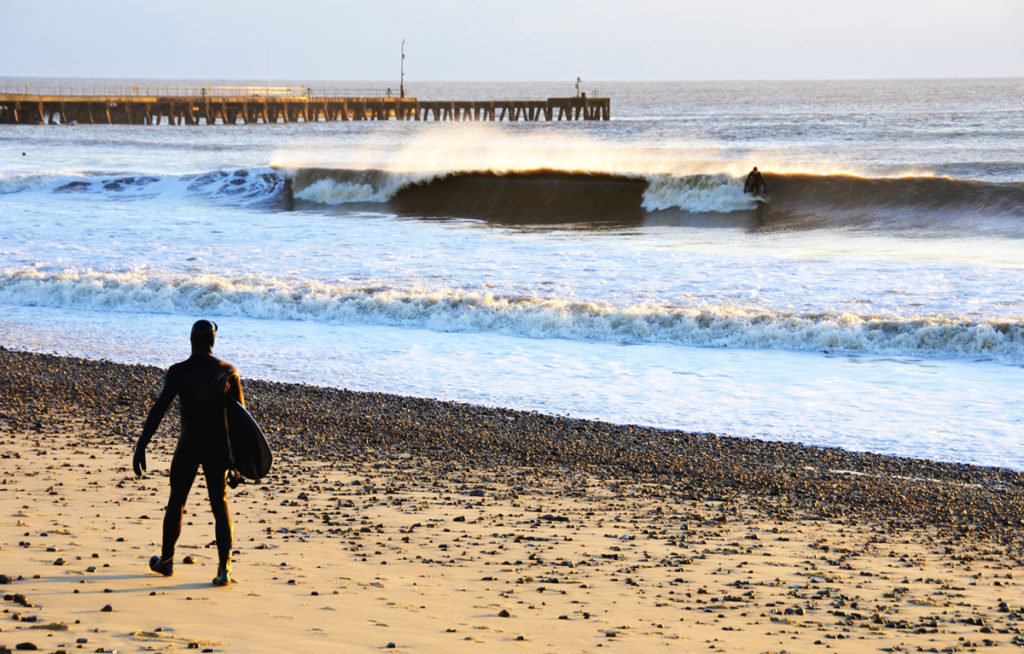 Just across the border from Hamshire into Sussex sits a stretch of coast which looks like it should never get waves at all. Anyone well versed in swell mapping would immediately write it off as being firmly in the shadow of the Isle of Wight, however, believe it or not, this coastline does occasionally get good surf. The Wittering’s and Bracklesham bay are the most famous spots, and each enjoy moderately consistent fun sized waves throughout the winter. Once again the sand banks owe a lot to man made coastal features- in this case a series of groynes which mould them. The coastal stretch is also a favourite with London surfers and as a result can get super crowded on rare good days. 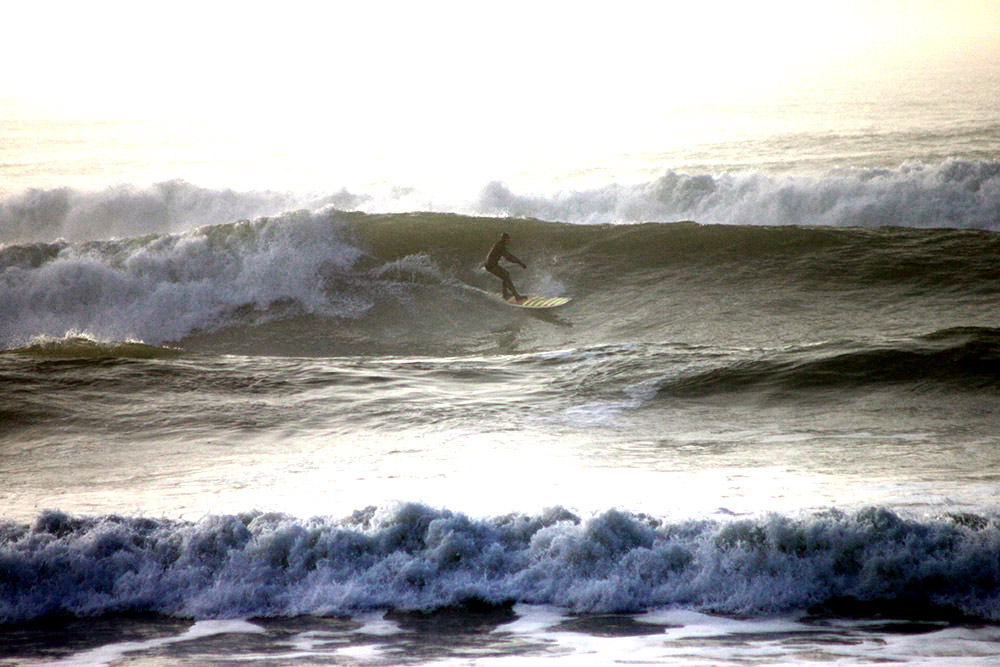 Jutting out into the southern most section of the North Sea, Kent needs a solid north swell or a powerful windswell to get it working. Joss Bay is the county’s surfing epicentre and has reportedly been surfed for over 50 years. It sports wedgy peaks over a mixture of sand bars and chalk reefs, and can even offer a little head dip every now and again in a high tide close out. Viking bay offers clean waves on a solid north swell with accompanying north west winds, and can get into the head high range. Due to their proximity to highly populated areas, the main spots get super busy, however there are empty corners to be found along the coastline for those willing to undertake a hike. 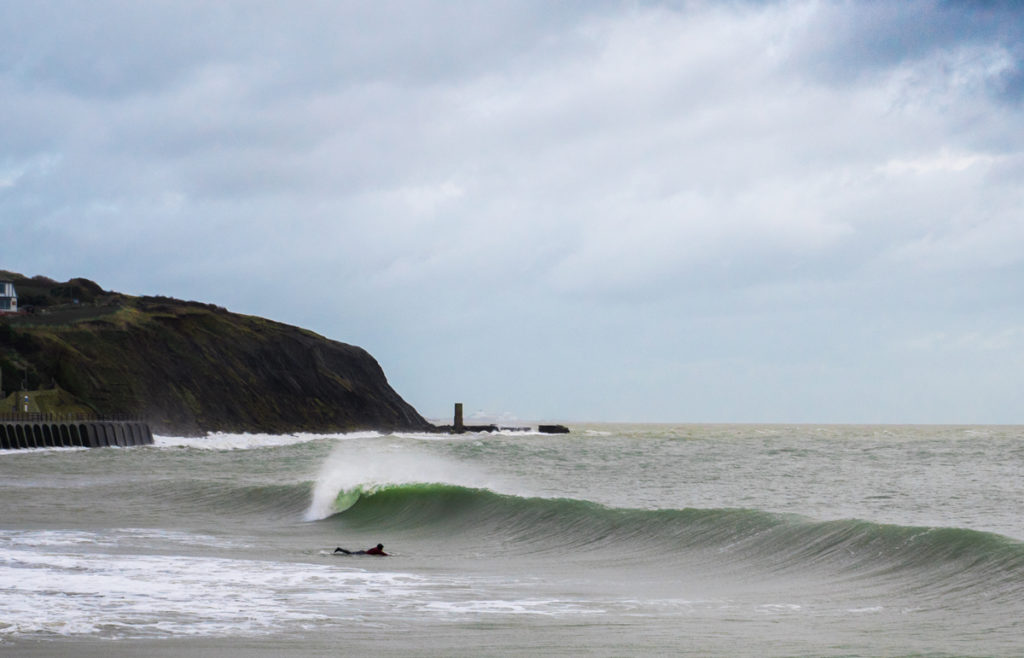