Every dog has its day, even Bournemouth Pier

Like many locations around the UK not known for their epic waves, Bournemouth Pier hosts an absolutely thriving surf scene.

Whilst met with almost universal derision as a surfing break, it is secretly cherished by the local contingent, some of whom really shred, who drag themselves out of bed most mornings to stare at an invariably calm (or totally blown out) sea. The tides are really weird, good banks often pop up and are torn apart almost instantly and in the summer hundreds of surfers (as well as Jet Skiers, SUP’ers and swimmers) fight it out in the almost comically small surfable zone next to the pier. Collisions – followed by heated arguments on social media – are common and fist fights have been known to occur.

But like everywhere it has its moments. If you’re lucky, and the forecast gets it wrong, or a secret pulse pops up after a storm on a rainy Tuesday afternoon, it is possible to score fun sized, perfectly clean waves, which run all the way from the the end of the pier to the beach.

We’ve put together this gallery featuring the work of long suffering local Gary Knights and occasional visitor Luke Gartside as an ode to those special days and the surfers who spend their lives waiting for them: 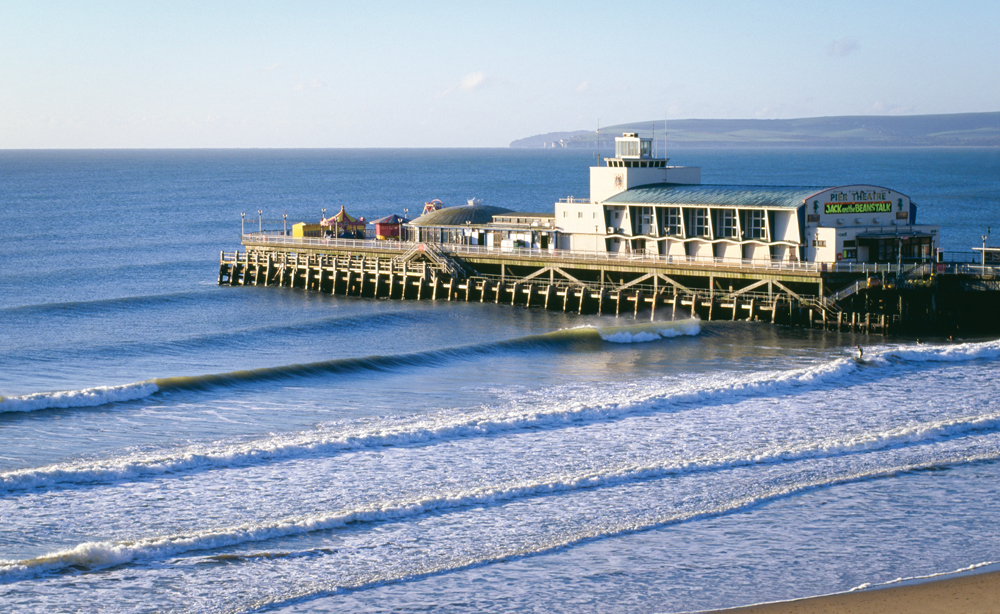 More from this part of the world:
Welcome To Bournemouth; The California Of The South Coast
Gallery: Pumping Waves On Dorset’s Jurrasic Coast
Last Bid To Rescue Bournemouth’s Reef Sinks