Britain ain't well known globally for our world class waves of consequence. But, when everything aligns there still a few spots that can throw up crazy thick-lipped bombs. Here's a gallery dedicated to those days:

Britain is known for many things. Tea. Our darling Queen. Queueing. But definitely not world class waves of consequence.

Sure, the surf world’s been vaguely aware of Scotland’s slabs for a few decades, enhanced recently by the region’s inclusion in Taylor Steele’s Proximity, and the various hollow brown waves of the North East have probably enjoyed a little more limelight than the locals would’ve liked, but overall if you sing the praises of our heavy water waves to anyone outside of Blighty you’re likely to get a scoff.

The Rep. of Ireland is, of course, an entirely different story. Mully, Riley’s and the Cliff’s have been highly heralded since Mickey Smith, Ferg, Lowey and the crew of local boogs put ‘em on the map a decade and a bit back and they are still very much a la mode with the world’s best heavy wave chargers.

Ironically, it’s partially down to that very landmass and its shadow that we don’t get bigger more powerful waves down here in Britain’s south-west corner. The other major culprit is our shallow and gradually gradieted continental shelf, which takes the sting out of Atlantic storm swells just before they land on us. There are a few spots where a bathymetric irregularity proves a little more conducive to letting big lumps sneak through, with Newquay’s Cribbar being the most obvious example. But for the most part, big square waves are as rare as hen’s teeth around here.

However, rare ain’t never and when everything aligns there’s a few fingers, slabs and rocky outcrops which throw up something splendid. Accordingly, we’ve taken it upon ourselves to gather together a selection of images of these spots doing their best impressions of world-class heavy waves, as shot by mag editors past and present.

It’s worth noting that some of the waves featured are heavy, not due to the power or size of swells hitting them, but rather the ugly irregularity of the reef they break onto.

Unlike in the northeast, or Scotland, where the waves pitch on to flat rock shelves, cut by thousands of years of breaking waves, and often covered in a layer of cushiony seaweed, the ‘reefs’ in England and Wales are sharp, craggy and covered in barnacles. As a result they’re always keen to give anyone who tries to tame them a good licking. Do you recall, for example, the tale of poor Seann Egan who got caught inside at the Cribbar a few years back and ended up breaking a couple ribs and puncturing a lung? Sure, the wave itself is a big ol’ burger, but the rocks it breaks on aren’t quite as derisory when they’re ramming themselves into your abdomen.

On that note, let’s dive in shall we? 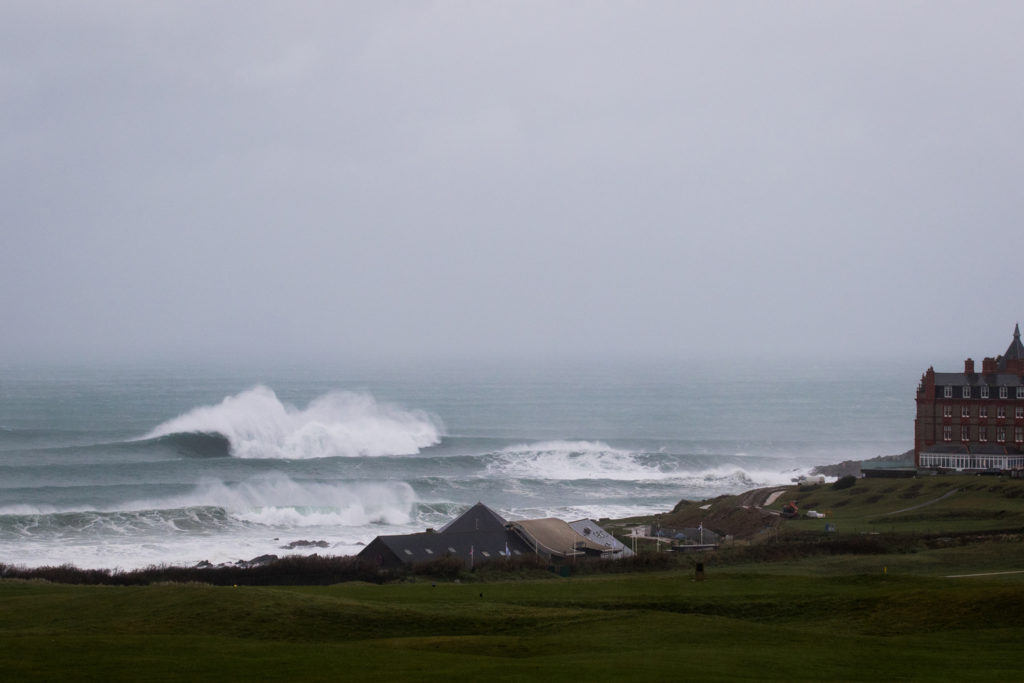 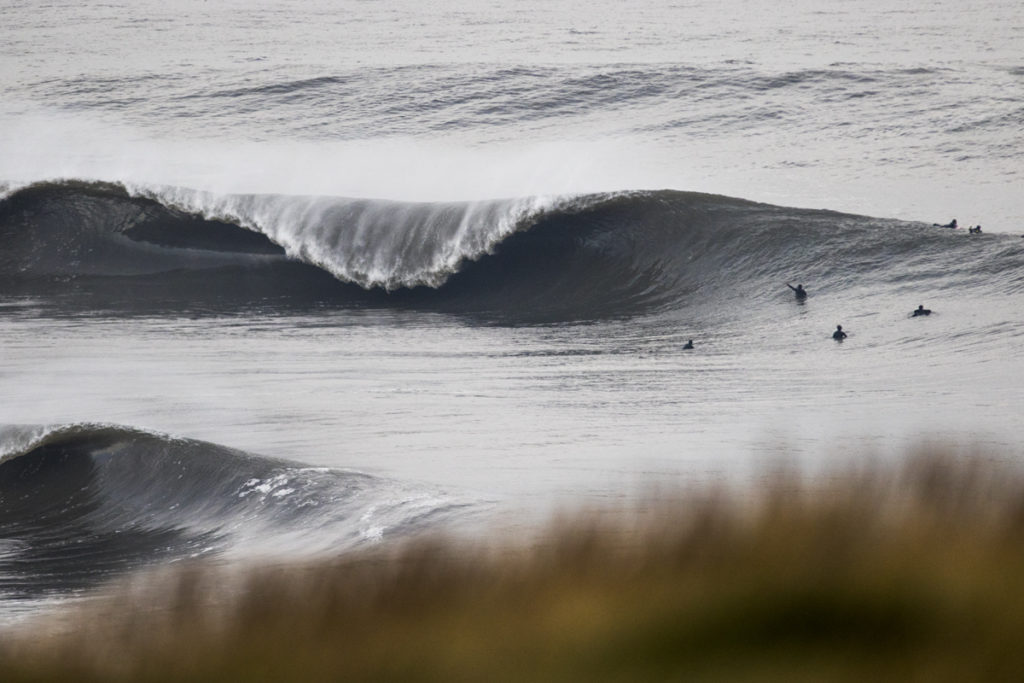 This big brown slab makes a strong case for being one of the best left-hand reef breaks in Europe on its day. This section ain’t for the faint-hearted though. Photo @lugarts 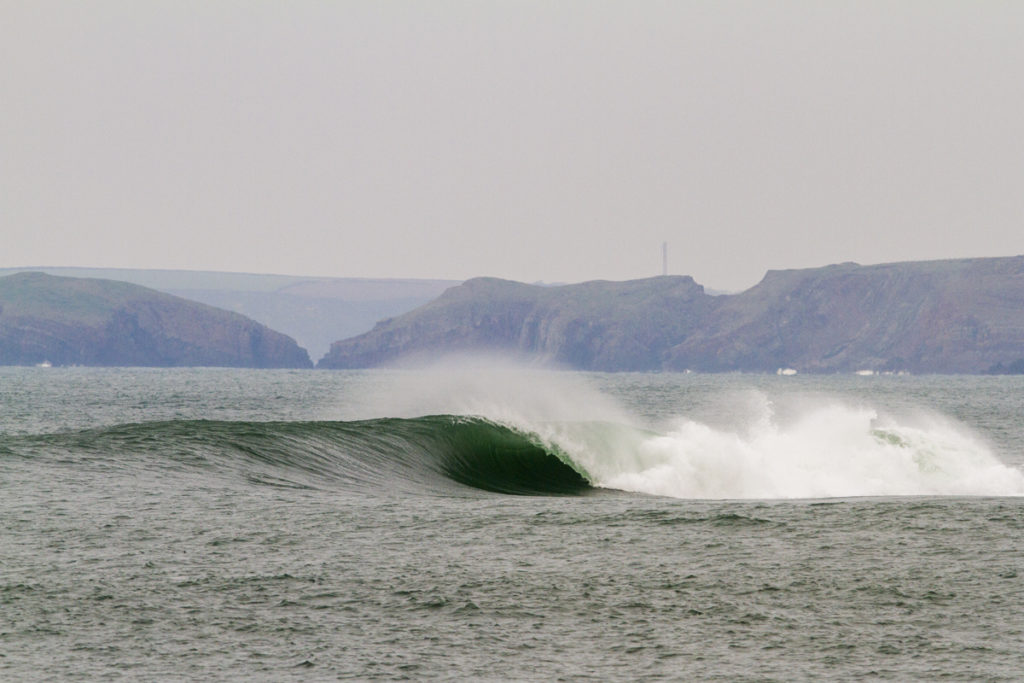 This rarely surfed slab offers a whole wealth of challenges before you even make it to the peak. Once out there you’ve got shifting sets to deal with, a super tricky take-off and a particularly nasty finger of reef lurking just below the surface. Photo @lugarts 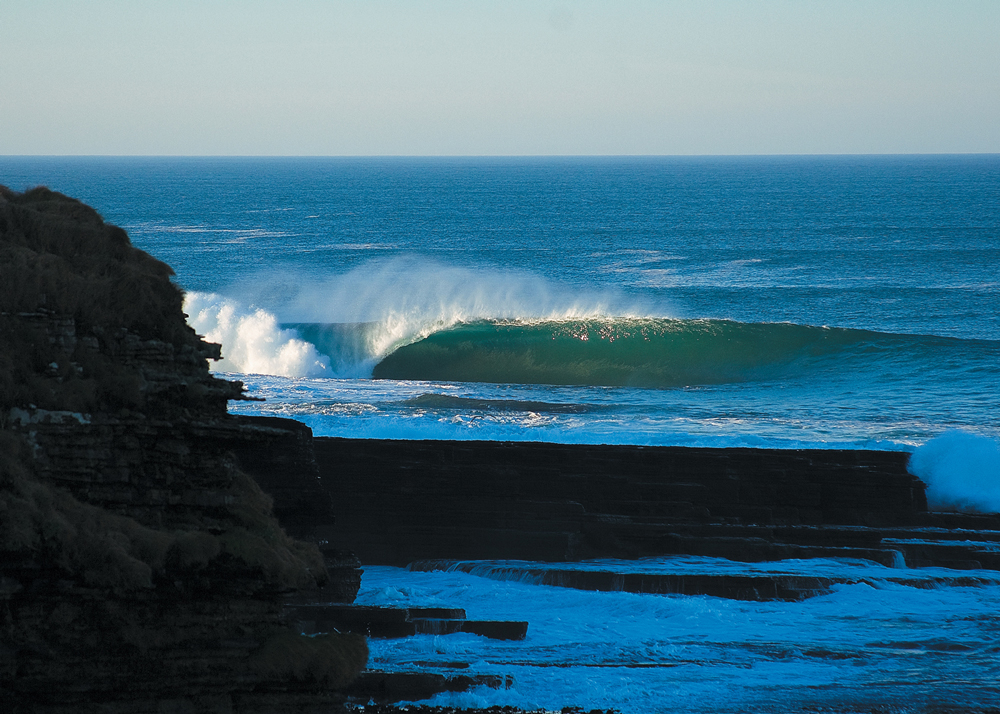 This is Bagpipes. Reportedly discovered by Welsh surfing legend The Gill and first surfed by the Mullins brothers and Oli Adams. In the years since, this wave has served up equal amounts of picture-perfect stand up kegs, and horrible wipeouts onto dry flagstone. Photo @timmy_j_nunn 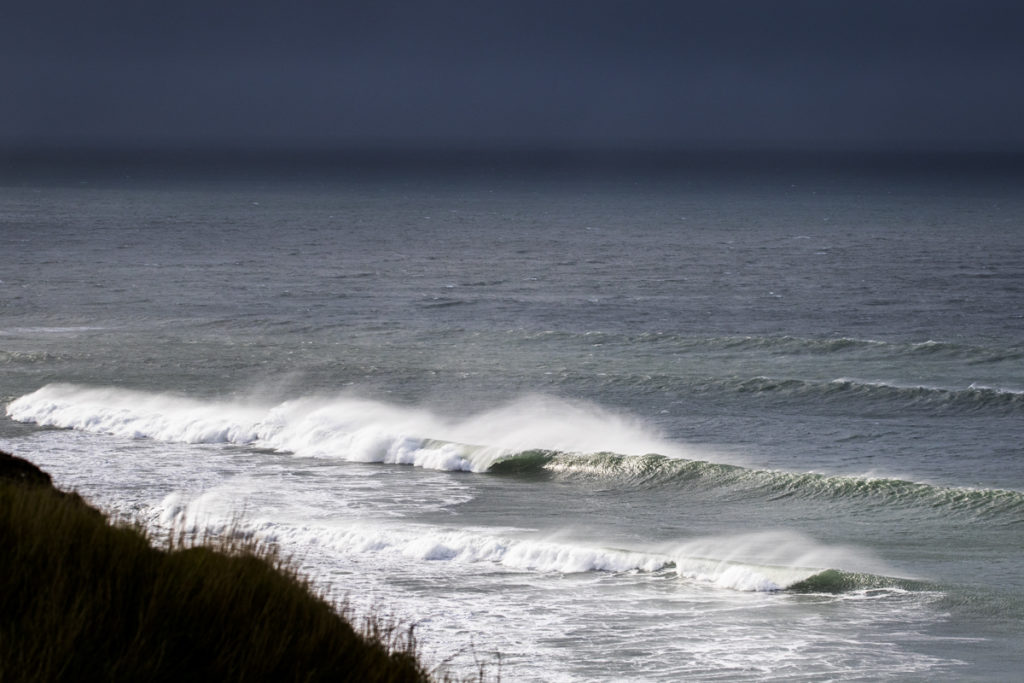 A super rare and ludicrously thick-lipped gem located in a part of Britain not at all well known for decent waves of any variety. Often watched, sometimes sponged but very rarely surfed. Photo @lugarts 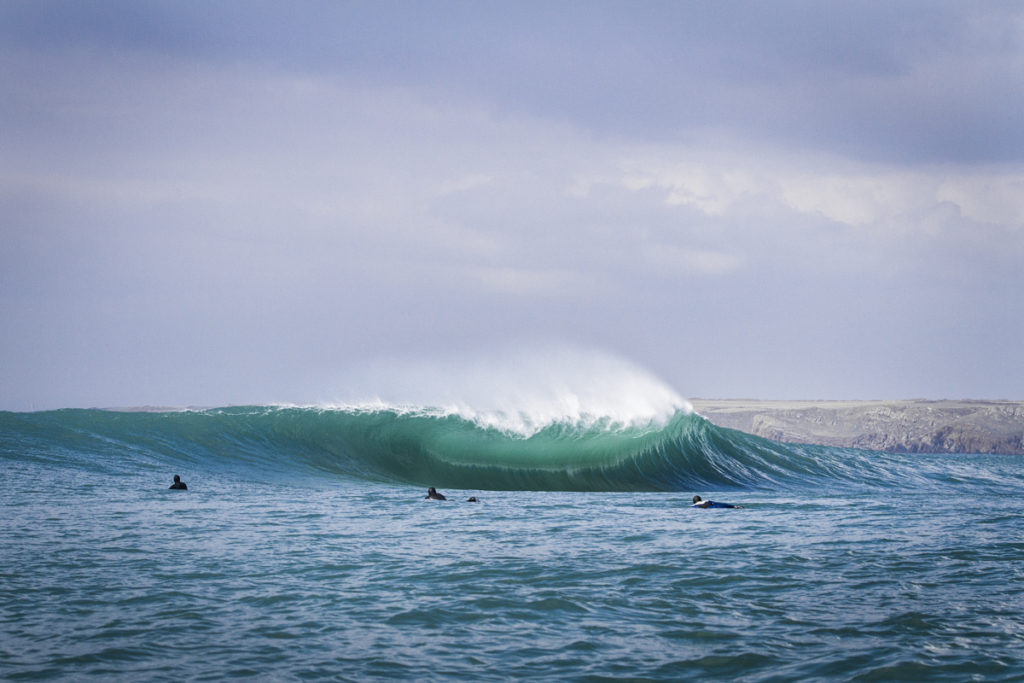 A below sea level bomb on an unusually blue and pumping day as a small crew, including two locals and Ben Skinner, look on from the channel. Photo @lugarts 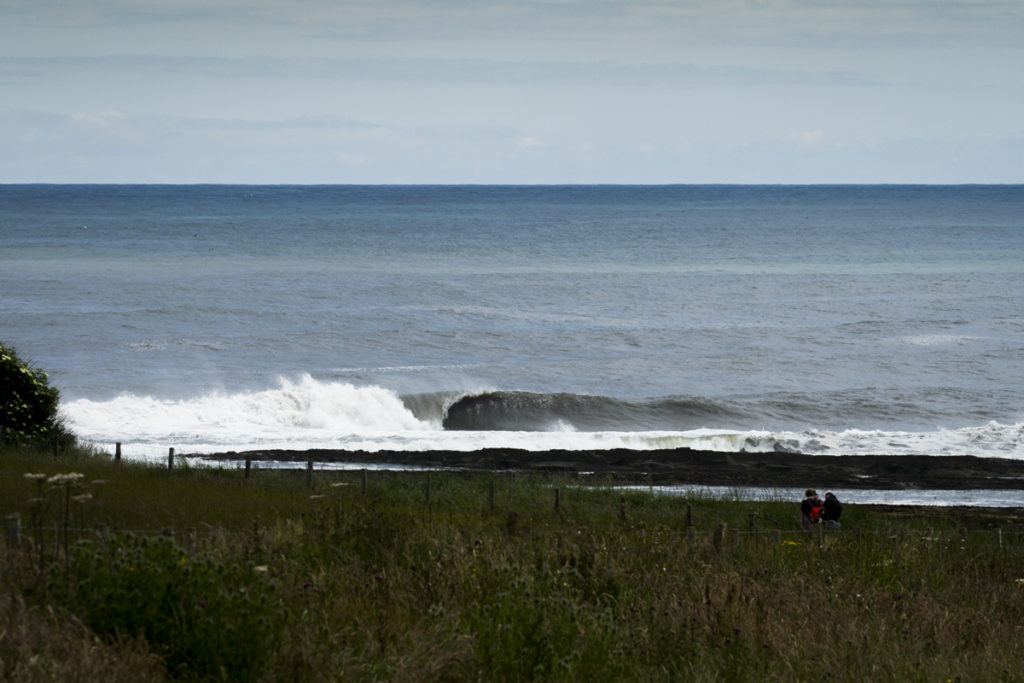 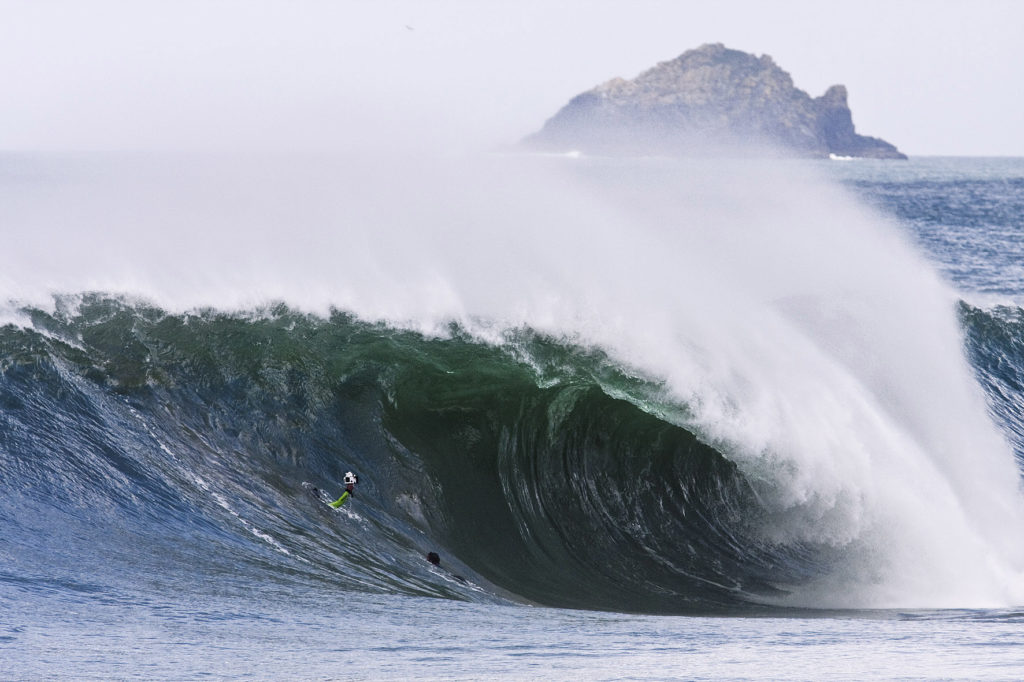 Probably the grimmest of Cornish slabs, as proven these days by the complete refusal of any UK pro to go anywhere near it. Not worth the skin apparently. Here Tony Plant (with camera) and Alan Stokes (duck-diving) observe a mini-bus-sized cavern a few years back. Photo @photogregmartin 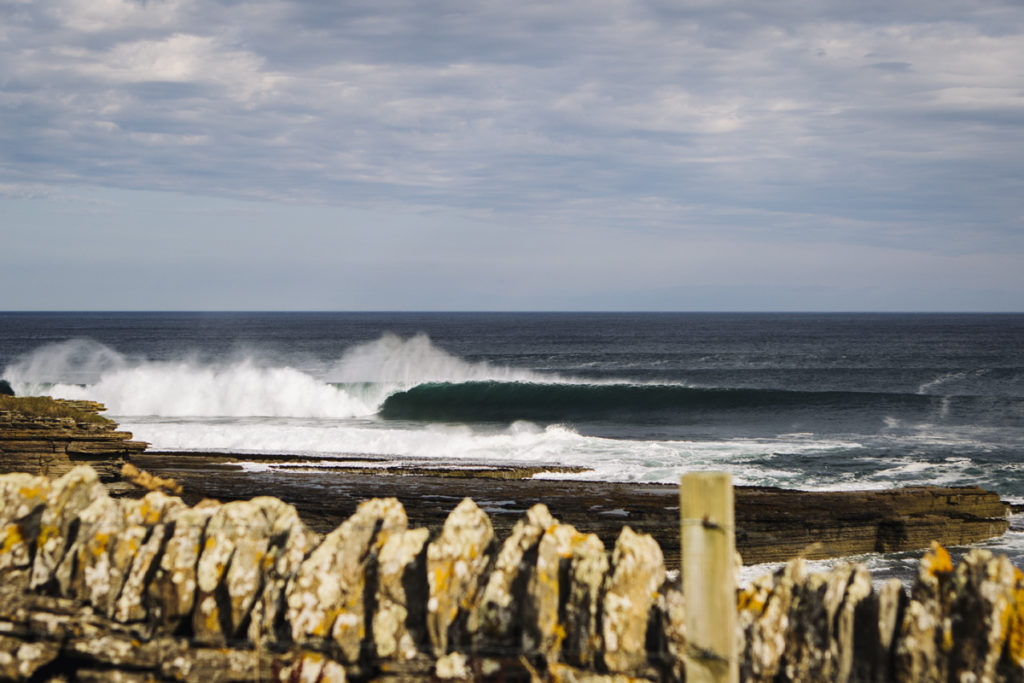 Baggies again, with the one before draining hard off the steep rock shelf and the second wave of the set pitching perfectly. Photo @lugarts 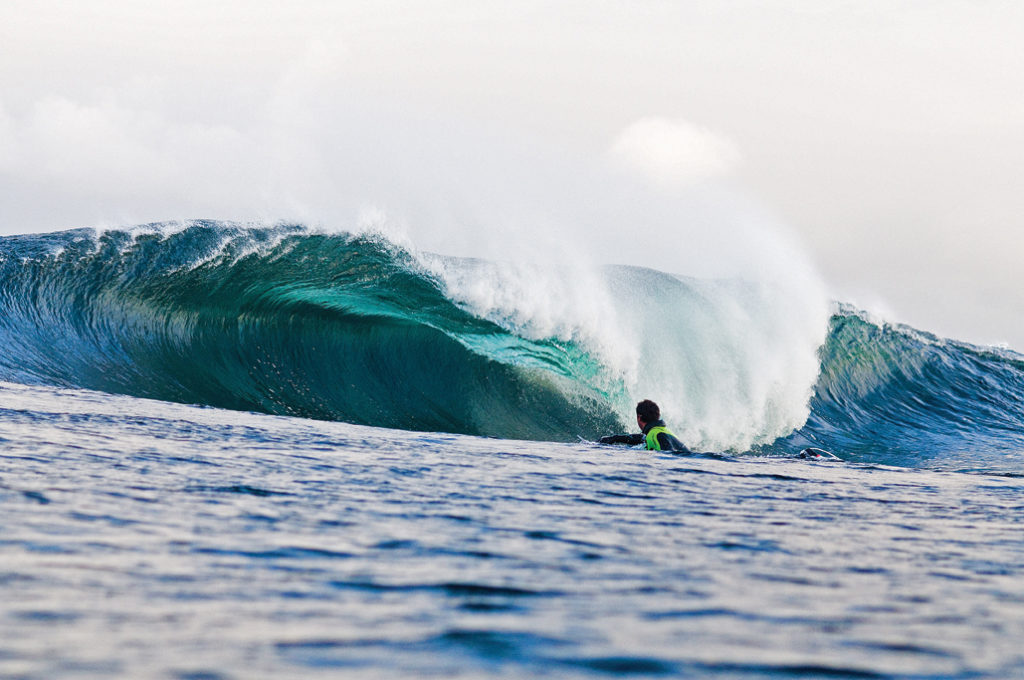 No 10.s in Scotland is probably Britain’s most perfect heavy wave, gracing the cover of more mags than any other. Here, Tim Nunn and Micah Lester, two of its most dedicated disciples, enjoy an empty a-frame. Photo @timmy_j_nunn