Highlights from an epic swell around Europe...

Earlier this week, the first named storm of the decade bowled across the Atlantic sending swell radiating down into every cove and kink along Europe’s Atlantic facing coastlines.

Unusually for a swell of this magnitude, the system swerved north in its final stages, allowing it to be met with favourable winds across much of the continent as it made landfall. 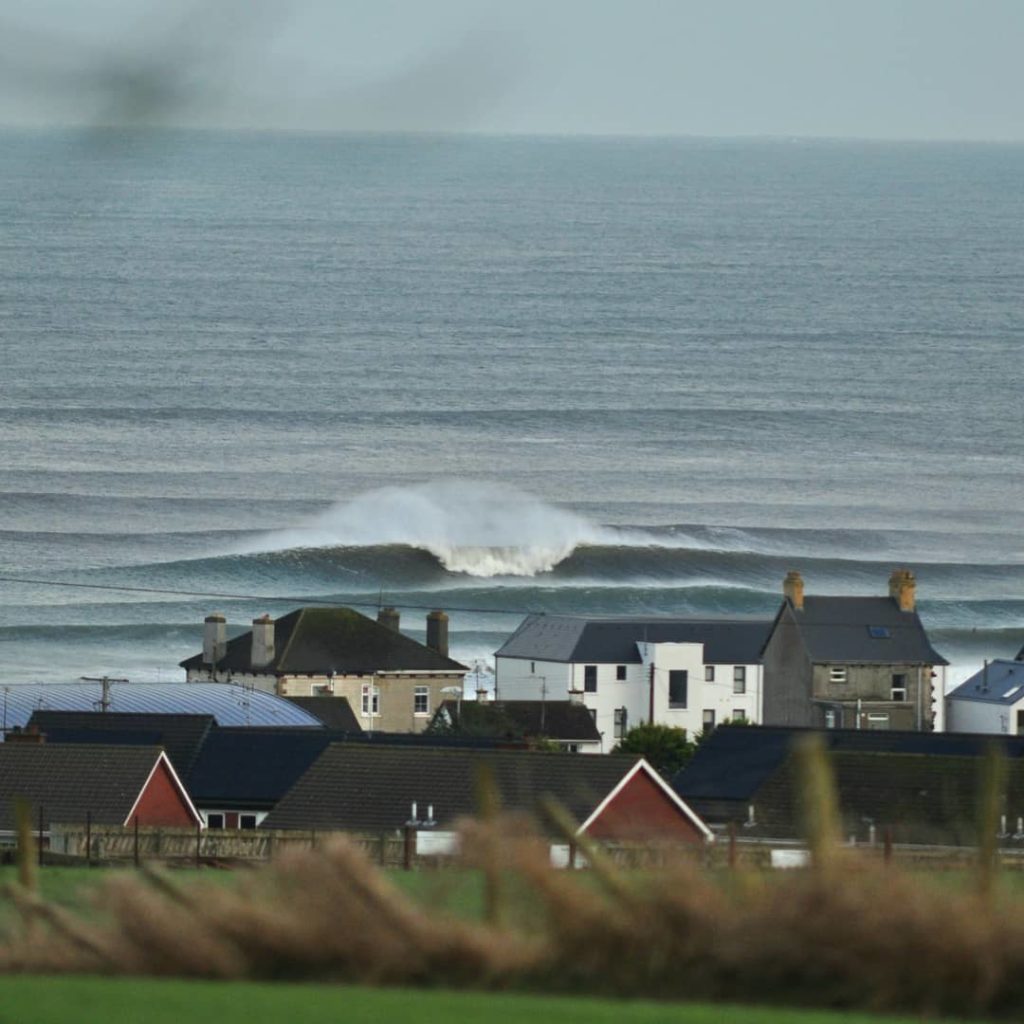 Apparently, naming storms was partially intended to menace people into a state of preparedness. I’m not sure ‘Brendan’ quite cut the mustard on that front, but he certainly delivered a whole lot of memorable surf sessions.

While the north coast of Scotland and Northern Ireland enjoyed classic conditions, Mullaghmore held the lion’s share of the world’s attention, with Cornishman Tom Lowe snagging what is being heralded as the best wave ever paddled at the spot.

Tom Lowe snagged this absolute bomb at Mullaghmore earlier today. Some are already calling the best wave ever paddled at the spot, what do you reckon?

“I was just buzzing on that one” he told us earlier. “I phoned up my sister and Mickey [Smith] as soon as I got out, to just to connect with the source. He knows how much time and energy I’ve put in out there. Fuck I’ve been to the depths, I’ve drowned out there trying to get that thing. It’s definitely the wave of my life.”

While the lineup was as well subscribed as ever, for the time Lowey was out there, it was only him and Taz Knight paddling.

“It seemed like there were at least 10 skis towing into every lump that came through,” he explained. “So I think that’s one of the reasons some of the other lads – like Nic [Von Rupp], Conor [Maguire] and Barry [Mottershead] weren’t paddling- because it seemed like a tow session. That was quite strange for me, because it’s not as if I don’t want to see them get waves, and I would never ever ask them to stop towing because, at the end of the day, I’m probably going to pussy out of 90% of the waves anyway. If you’re on your own you can’t really justify it. Me and Taz wanted all these guys to get barrelled too and that’s exactly what they did.”

By the time he got out, phone footage of the wave was already circulating online and right now that’s all the world has seen of it, however, there’s no doubt other angles will be dropping soon. 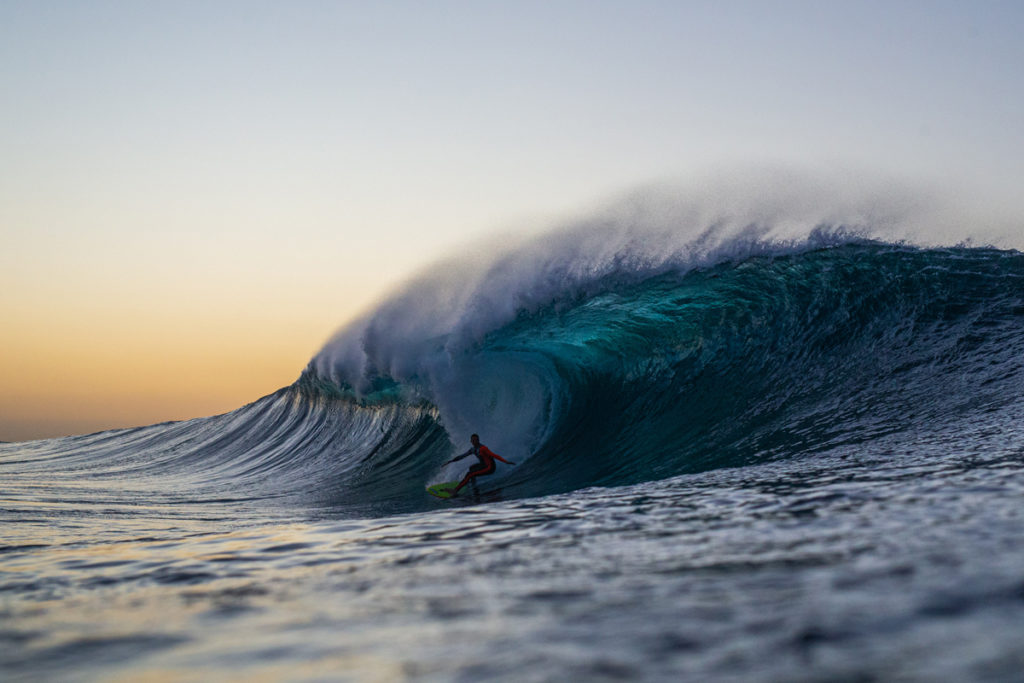 A few thousand miles south of Ireland in Lanzarote, a collection of Europe’s best barrel riders assembled for the annual Quemao Class, presented by Billabong Europe, which went down in two days of flawless overhead lefts, groomed by perfect winds from the SE. In the end the event was taken out by Euro-vet Aritz Aranburu, with Gearoid Mcdaid, Adrien Toyon and Natxo Gonzalez taking out the runner up spots respectively. 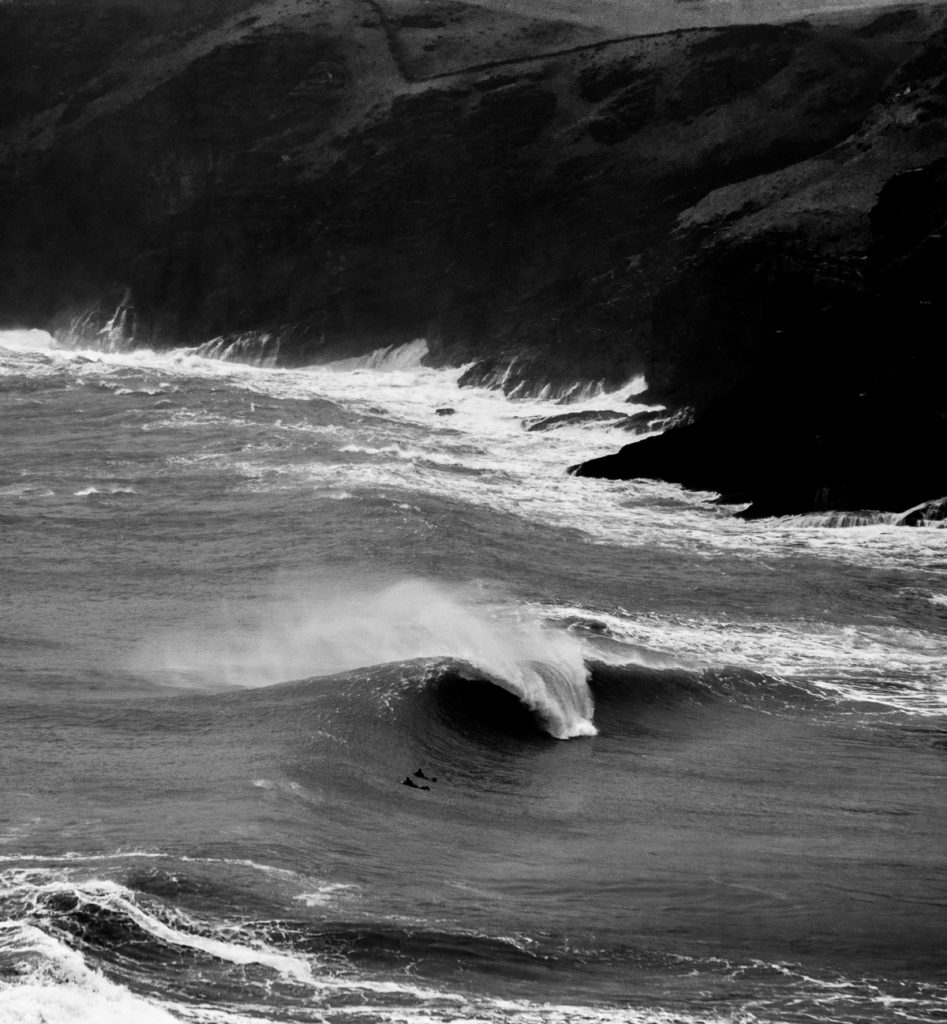 The south-west of Britain saw howling winds and slightly smaller swell heights than we’re used to from a named system. However, there were still plenty of tucked-away corners which played host to everything from long clean runners to wild, wind-groomed wedges.

Nazare saw a local tow event called the Gigantes de Nazare run in solid but not massive conditions. Many of the world’s best chargers, including Kai Lenny and Lucas Chumbo, were already on hand, as they wait for the WSL Nazare big wave comp to be called on and jumped at the chance for a little practice lap. They were also joined in the lineup by none other than newly crowned world champ Italo Ferreira who had a tentative crack at whipping into a few solid wedges.

Here are some more photo highlights from around Europe:

(Click to enlarge and then use the arrows to navigate) 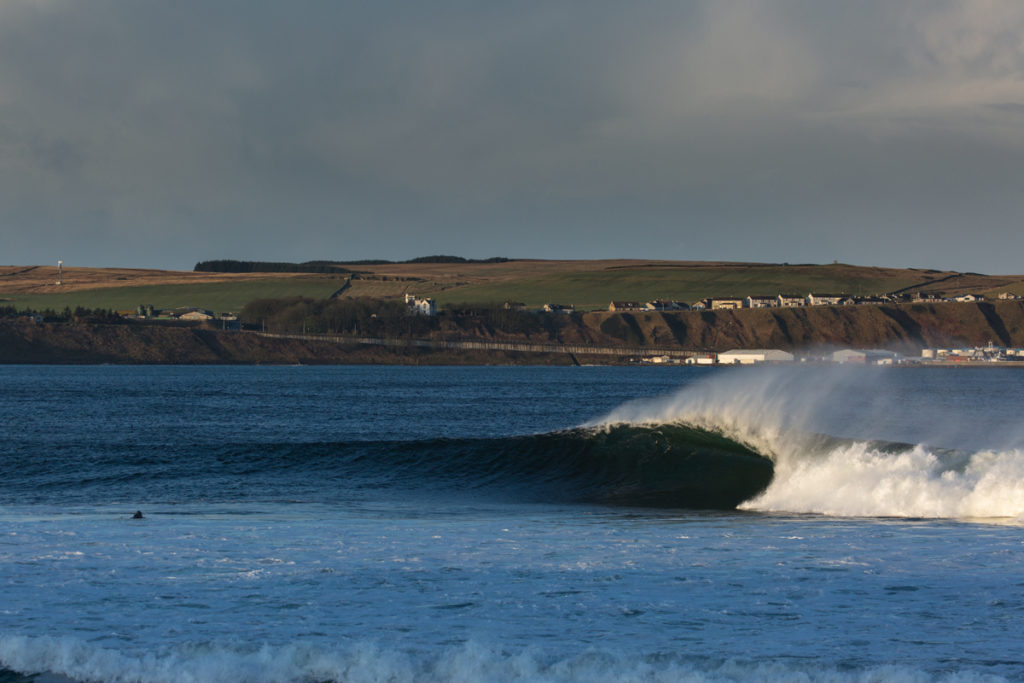 Gearoid Mcdaid and a much warmer post-barrel hose down than he’s used to in Lanzarote. Photo @tinka.lisa 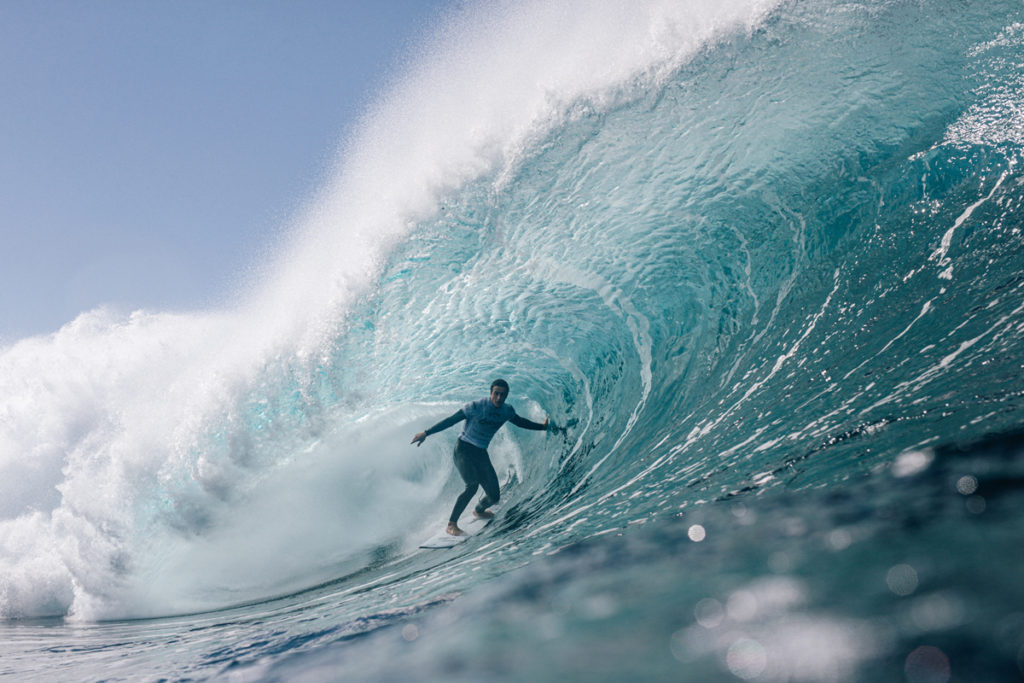 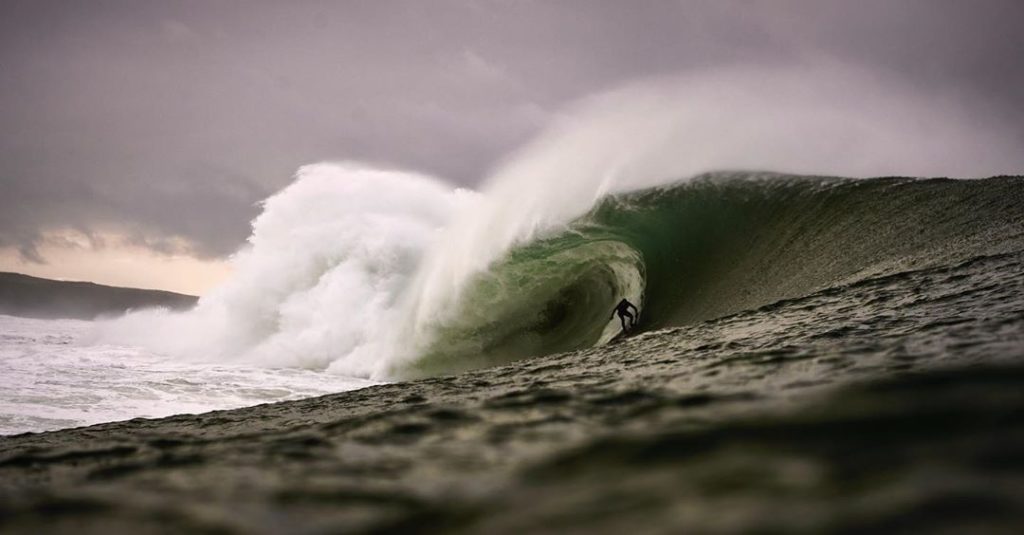 Francisco Porcella on a dark and stormy one at Mully. Photo @conor_flanagan_photography 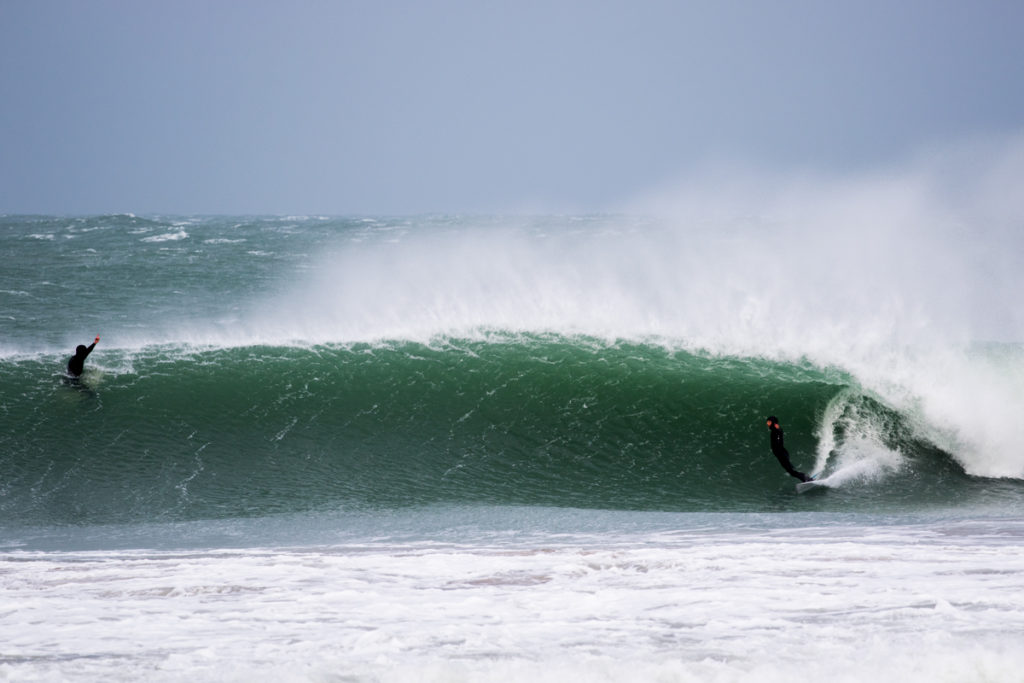 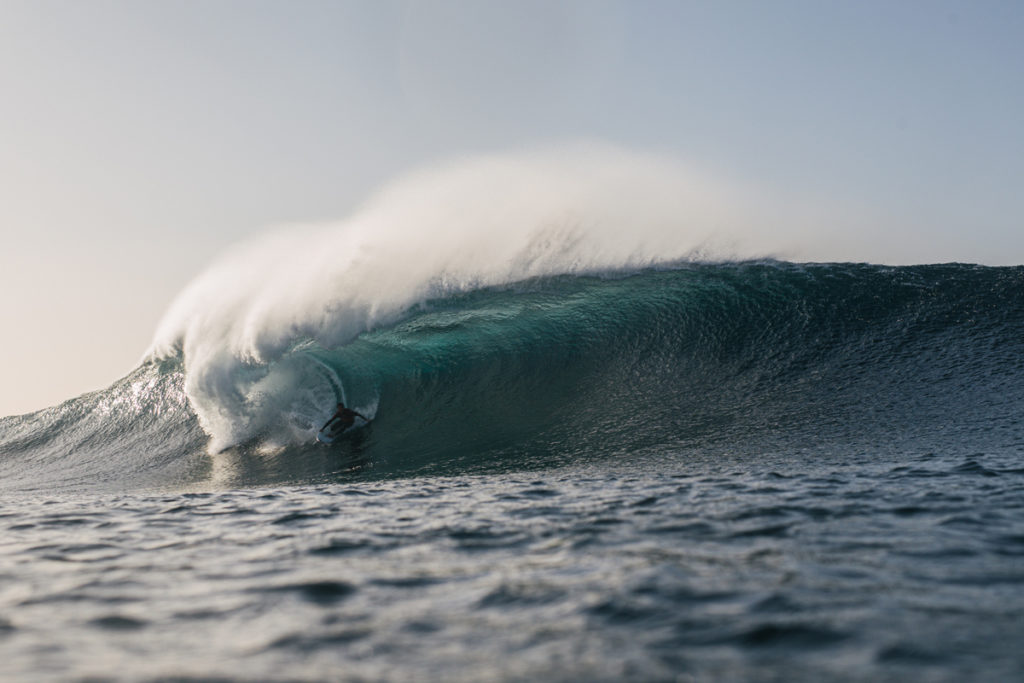 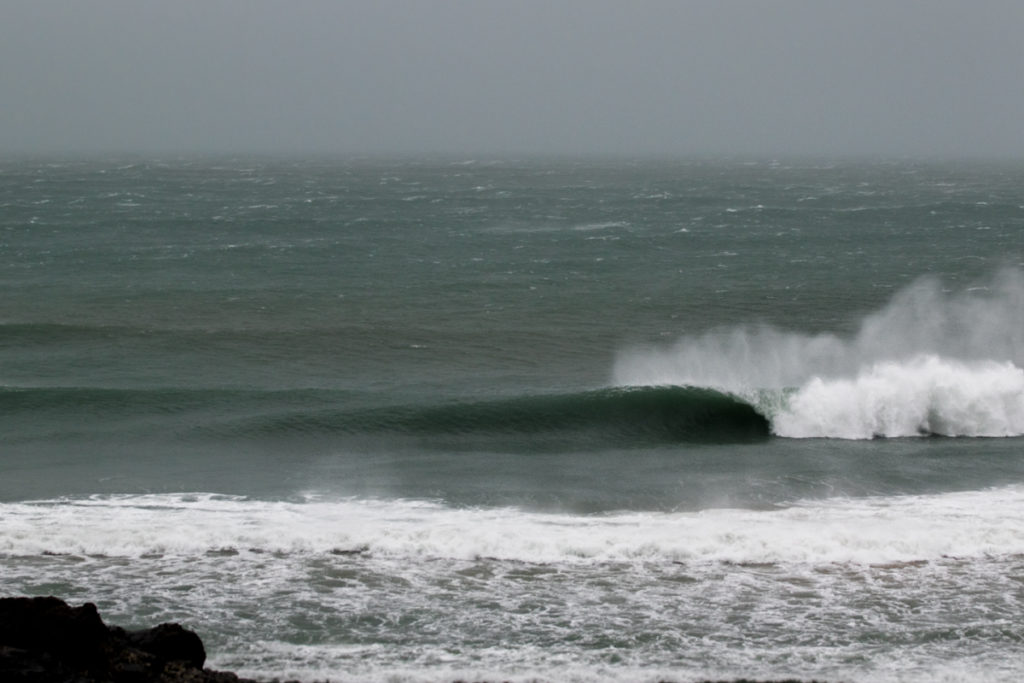 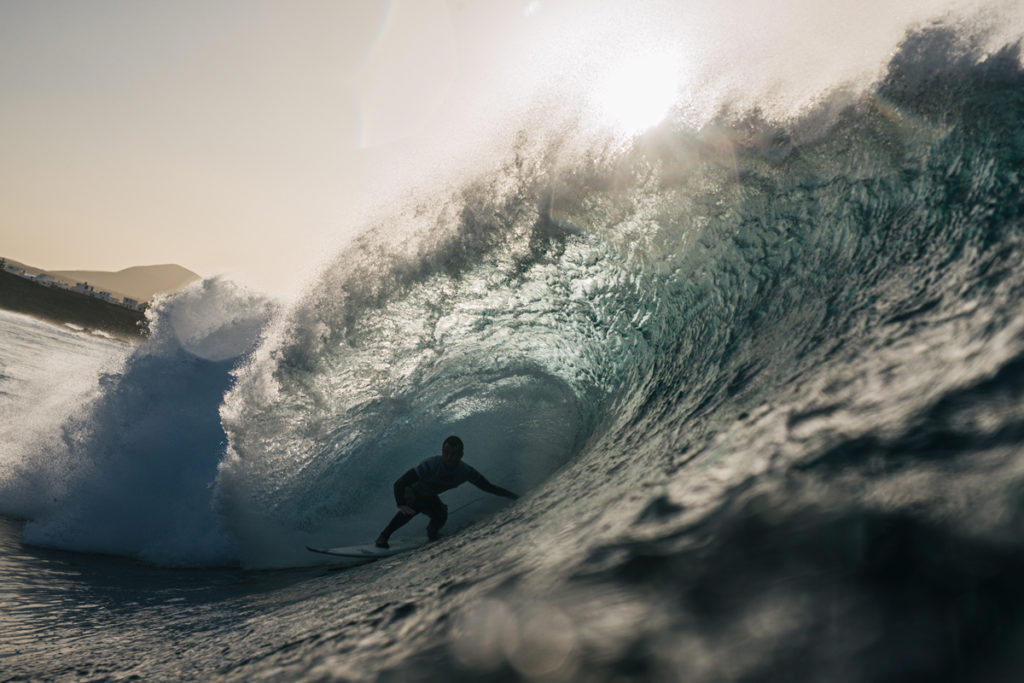 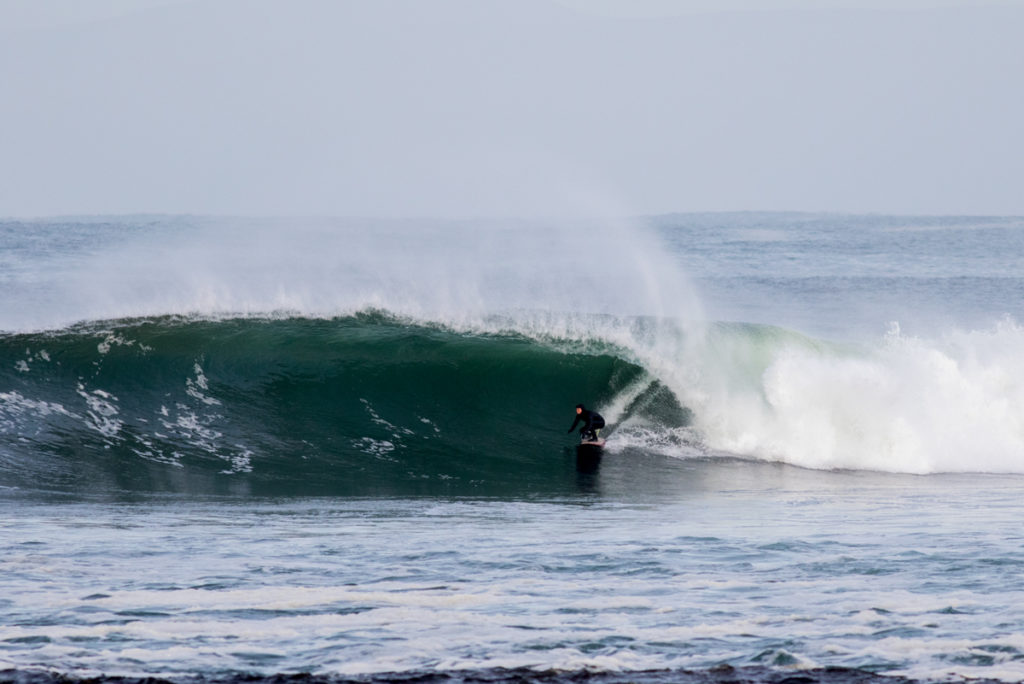 Emily Grimes tucking up for a hollow one at Thurso. Photo @malsurf 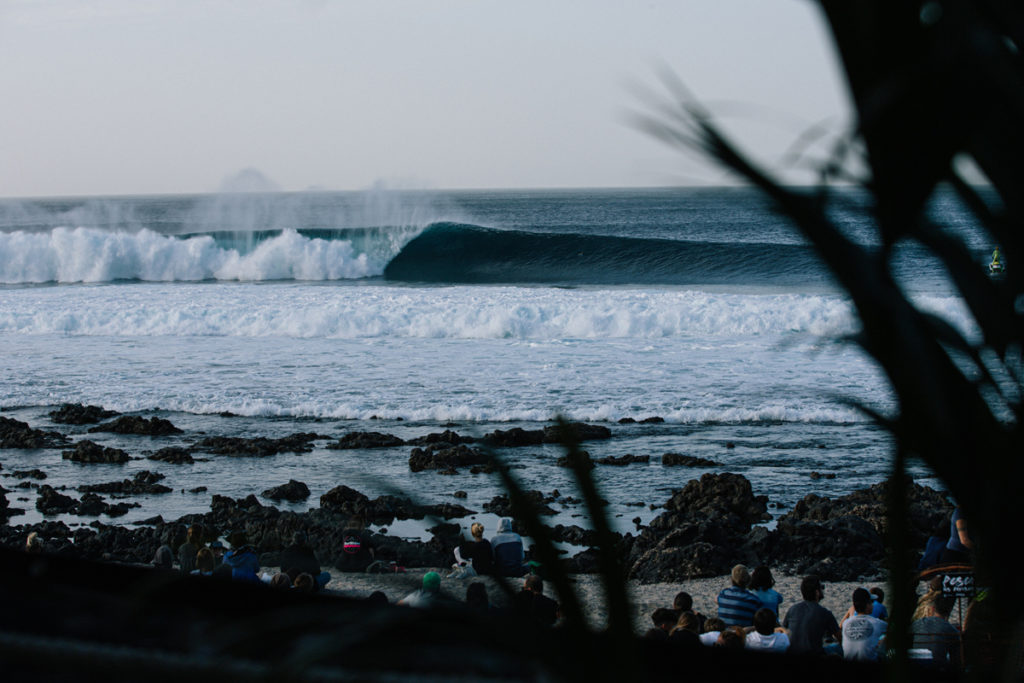 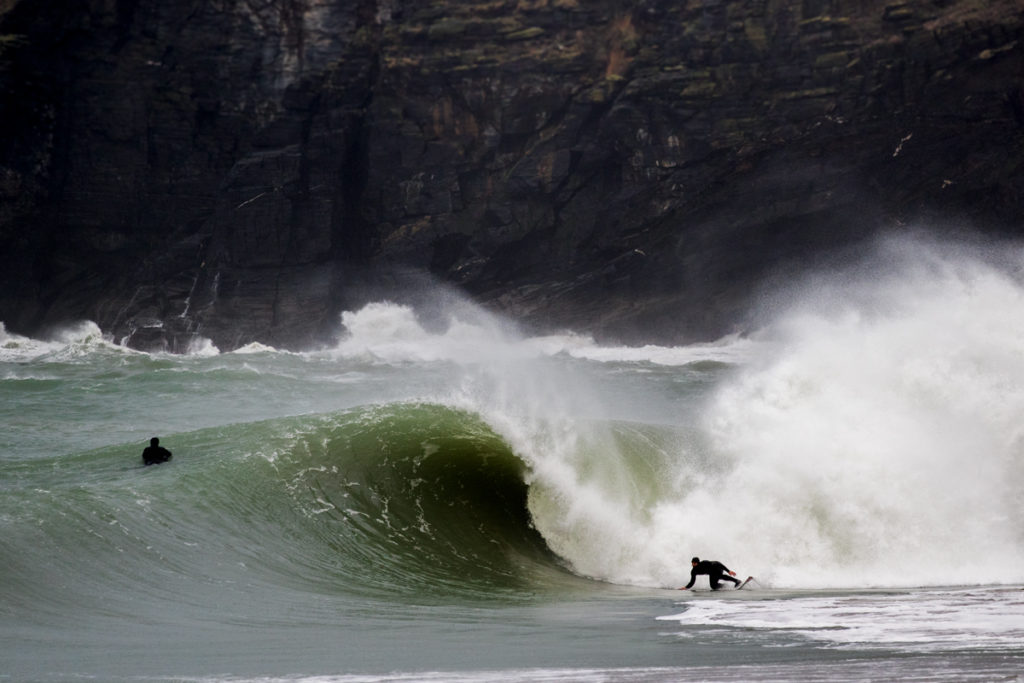 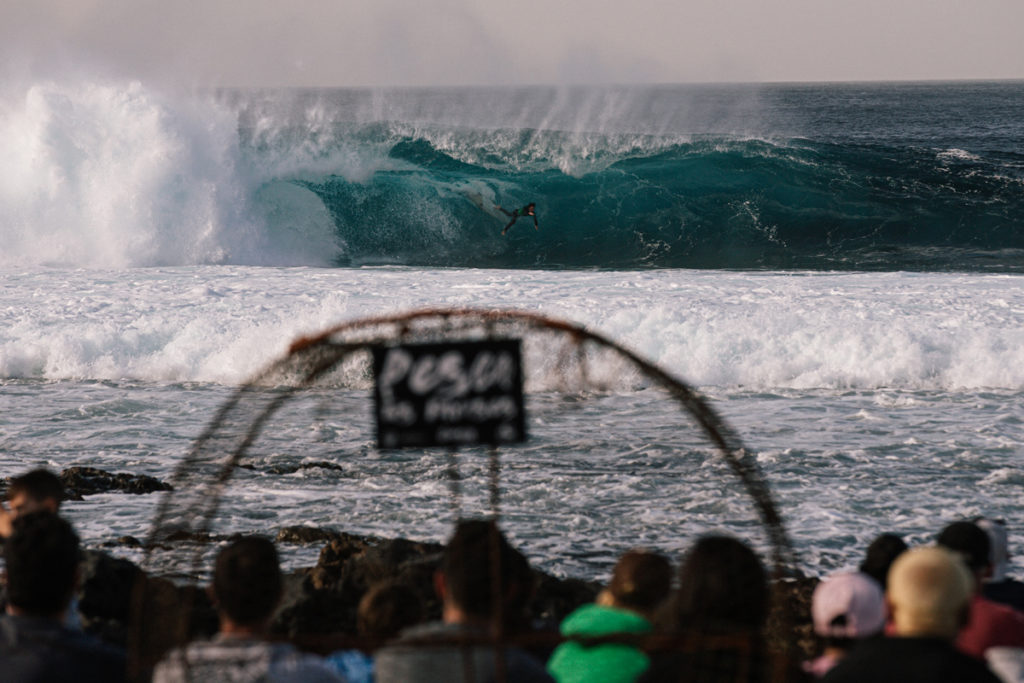 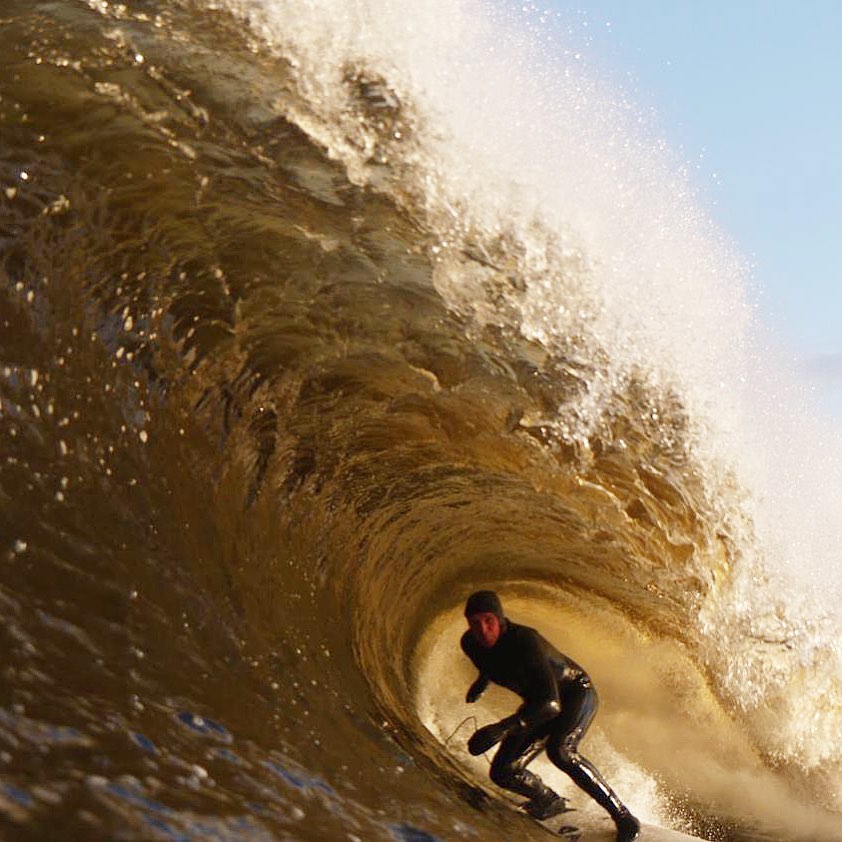 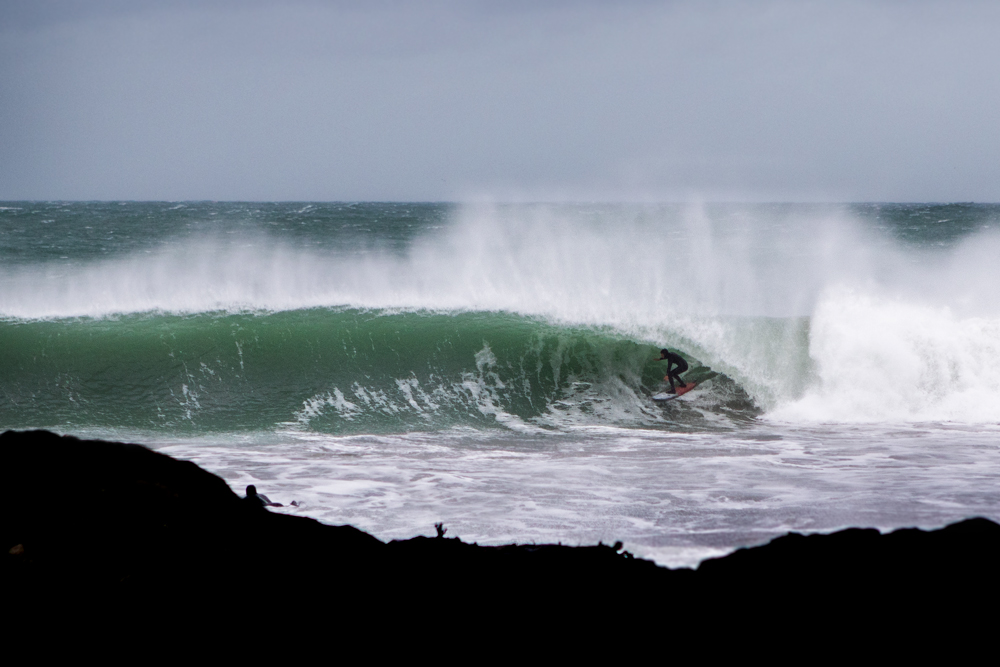 Adam Bearman Griffiths slotted on a windy one. Photo @lugarts