For many travelling surfers, Spain’s north coast begins and ends with the Basque country.

While those with a bit more time on their hands may keep heading west, past Santander and into the depths of Cantabria or even across the Picos De Europa into Asturias, few make it to Spain’s most-northwestern corner and the fabled region of Galicia.

It’s a full 5.5 hour drive from Bilbao to the Galician city of A Coruna and another 1.5 hours more along winding country roads before you reach the west coast and its array of swell-battered setups, but once you arrive, there’s so much more to enjoy than surf breaks.

There’s the architecture, the colourful history; full of piracy and smuggling, the world-renowned seafood, the lively city of Santiago and some of the most ruggedly picturesque scenery in all of Europe.

We published a story in our winter print edition that profiled three surfers encountered on a trip through the region, whose life stories offered the perfect lens through which to explore some of the mysteries and mythologies that give the place and the people such a distinctive character. You can get your copy by subscribing here.

While there, we also scored an awful lot of fun waves. The region’s coast is split into three sub-regions; each with their own distinct geographical identity and buffet of surfing riches. In the south, there’s Pontevedra; characterised by a series of deep flooded inlets call Las Rias. Then, the region of A Coruna, which encompasses Galicia’s most contorted and swell exposed section of coast; the Costa Da Morte (Coast of death). Just north of there, you’ll find the cities of A Coruna and Ferrol, which each host a collection of incredible setups and thriving surf communities. Further north still, where the coast bends around into the Bay of Biscay, is the region of Vigo; which offers more protection from Atlantic swells and its own selection of epic river mouths, beachies and slabs.

It’s the sort of coast that would take a lifetime to get to know intimately, but still offers rewards for those looking to scratch the surface.

In the images below you’ll find some of the more inviting lineups, away from the mutant slabs and big wave bombies for which the region is best known. 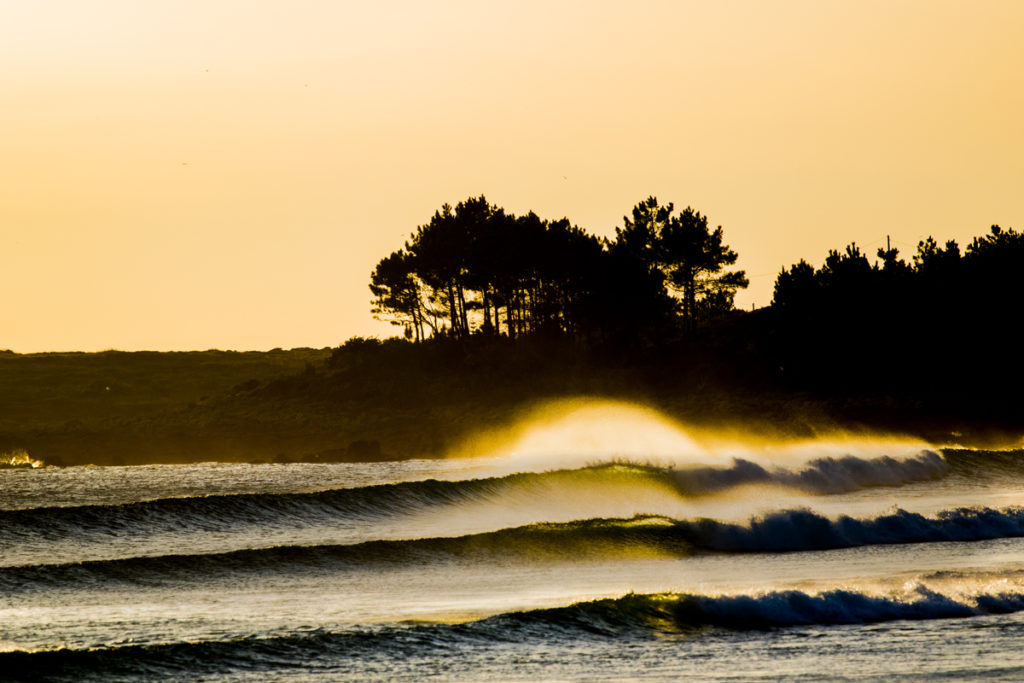 The evening glass off serves up longboarder’s delight as a small swell finds the point. 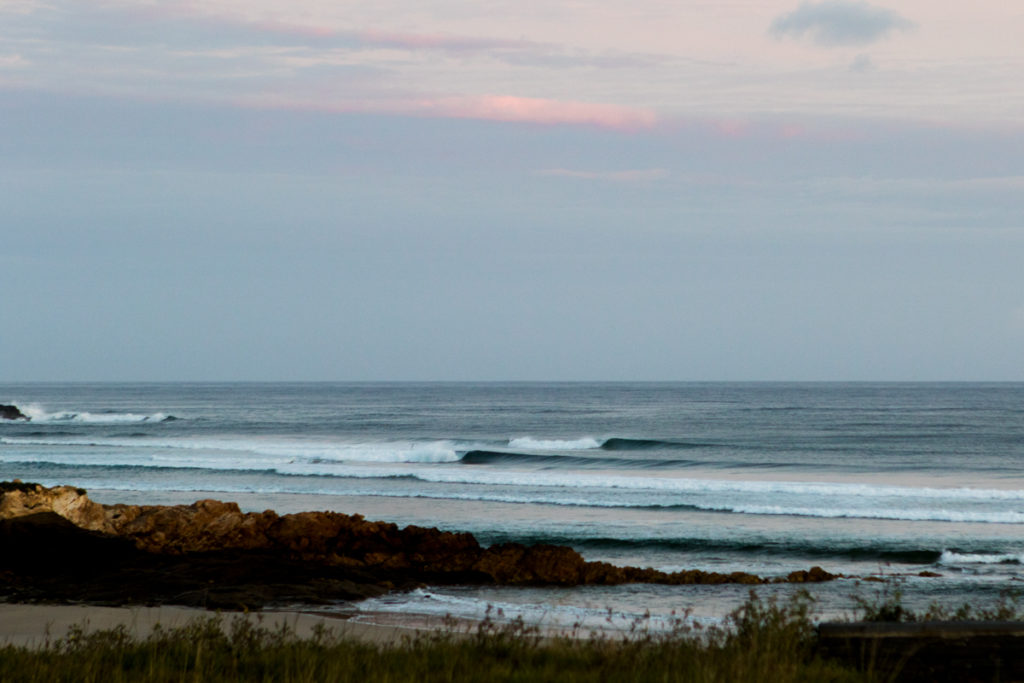 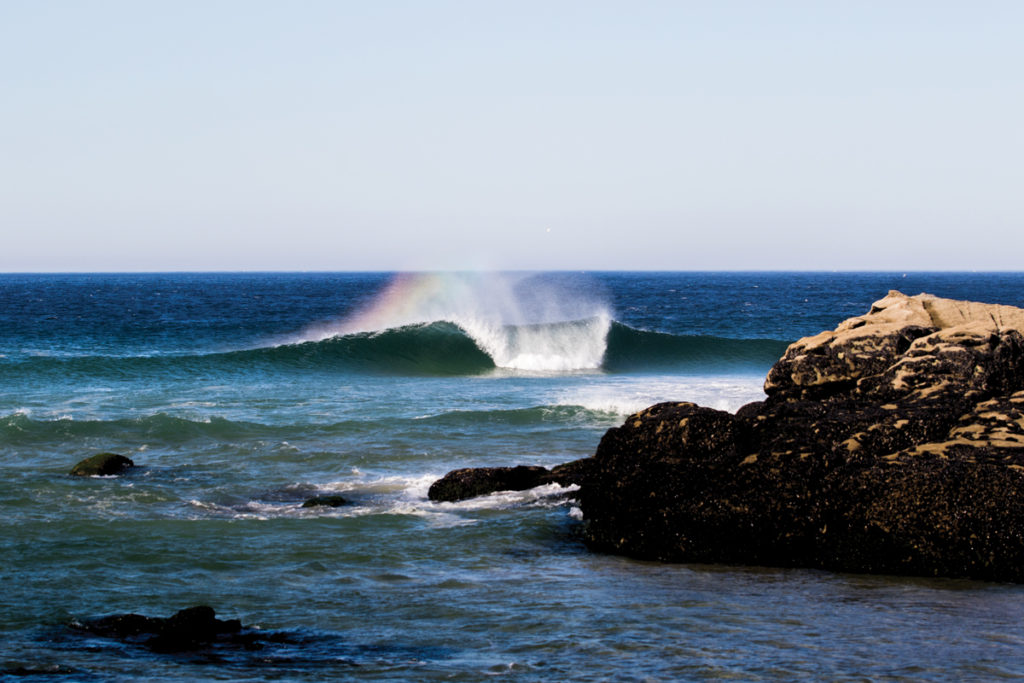 A wedgey little a-frame tucked away in the corner of a long sandy cove. 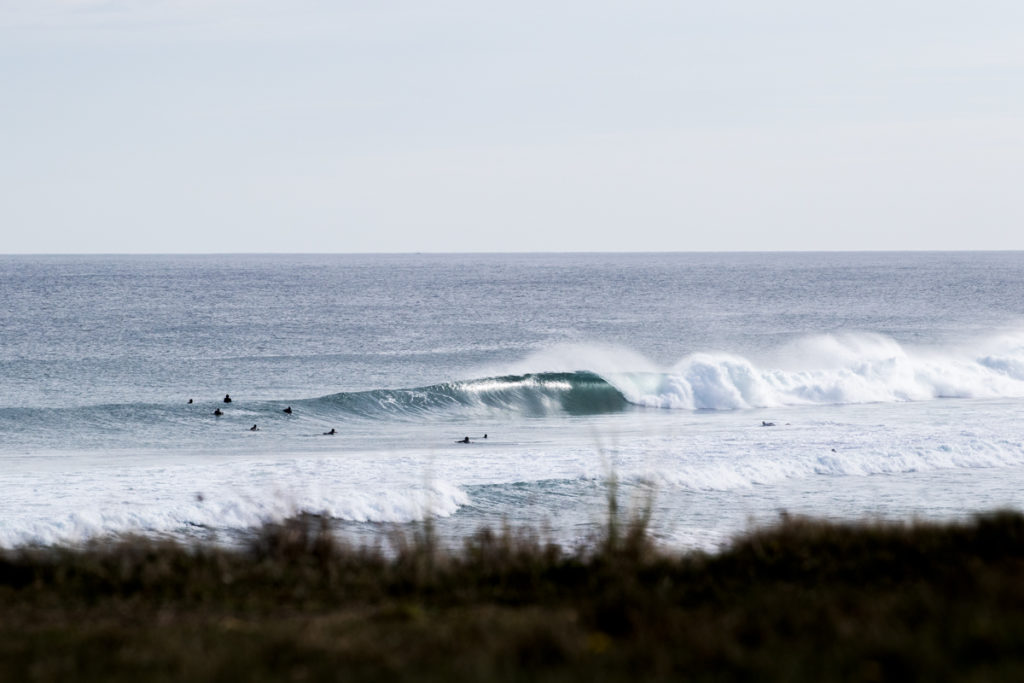 A glassy one rolls through a crowded (by Galician standards) pack. 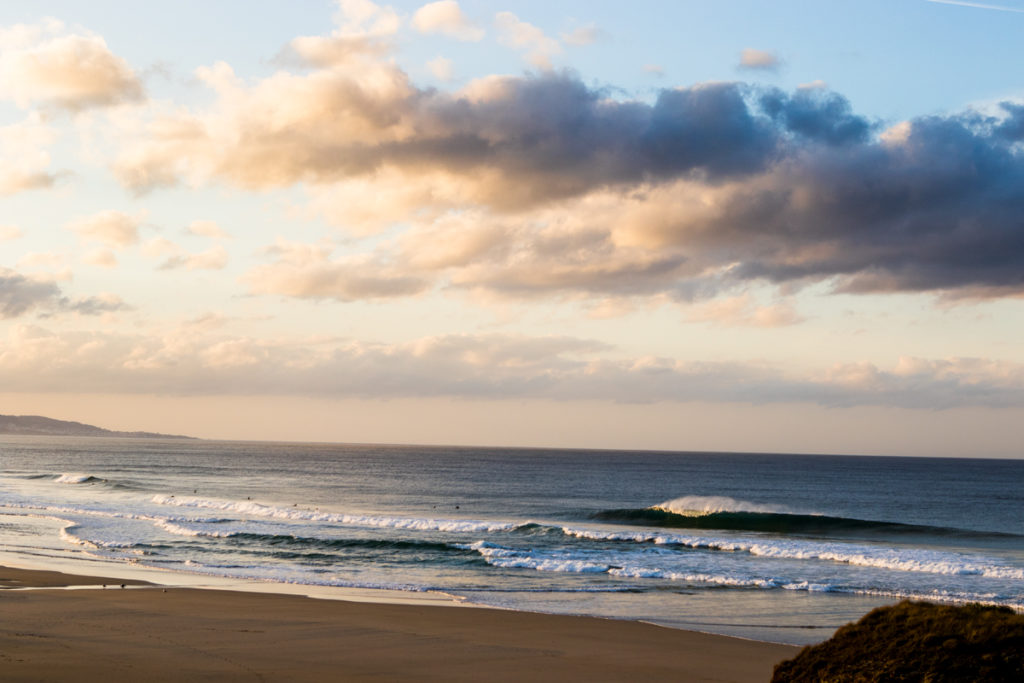 Although better known for its rock-bottomed waves, Galician beachies often compete on quality with their counterparts in SW France and Portugal. 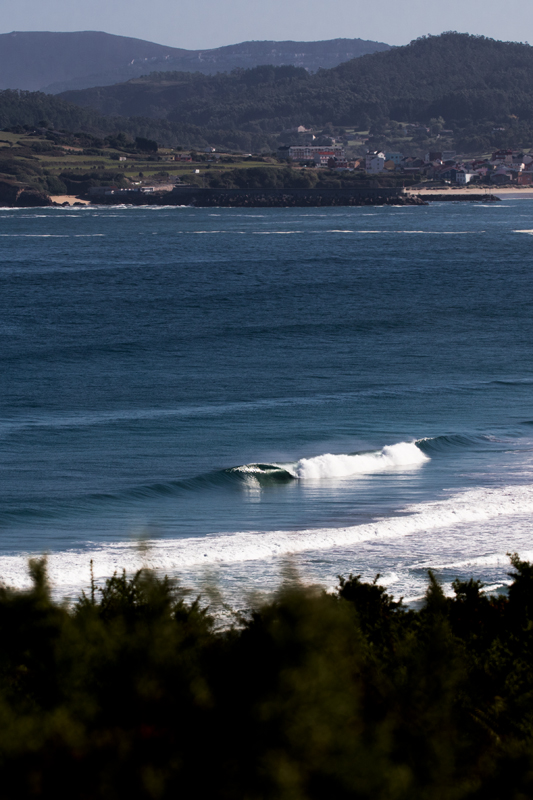 A sun-dappled right over a river mouth sandbar. 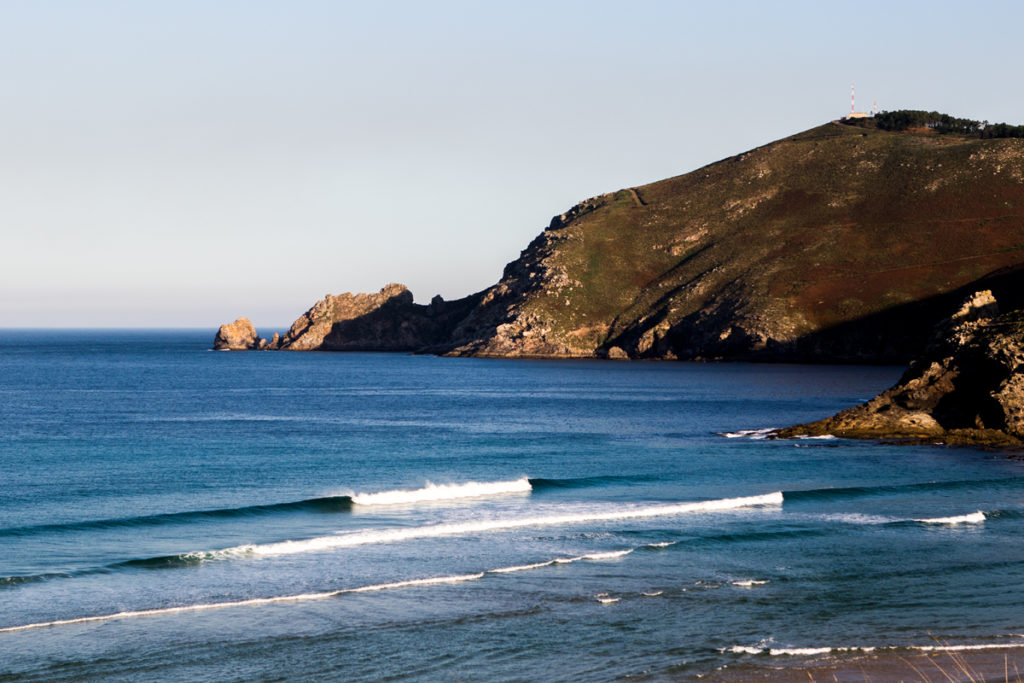 Much of the Galician coast bears a striking resemblance to the region’s Celtic cousins to the north. 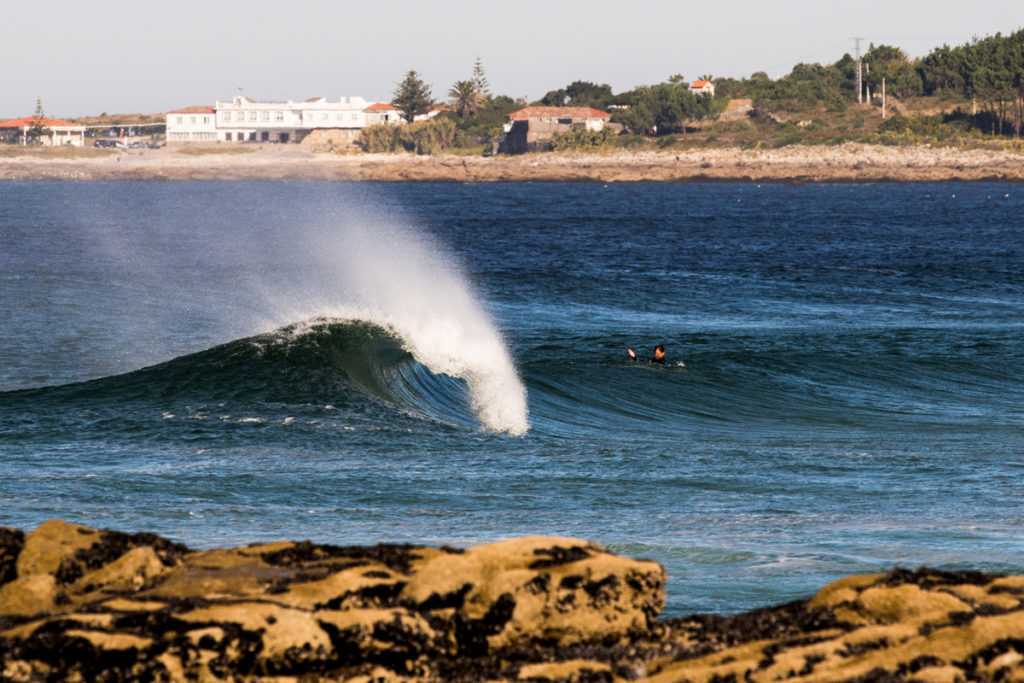 Guillermo Carracedo eyes up a hollow one at this local. 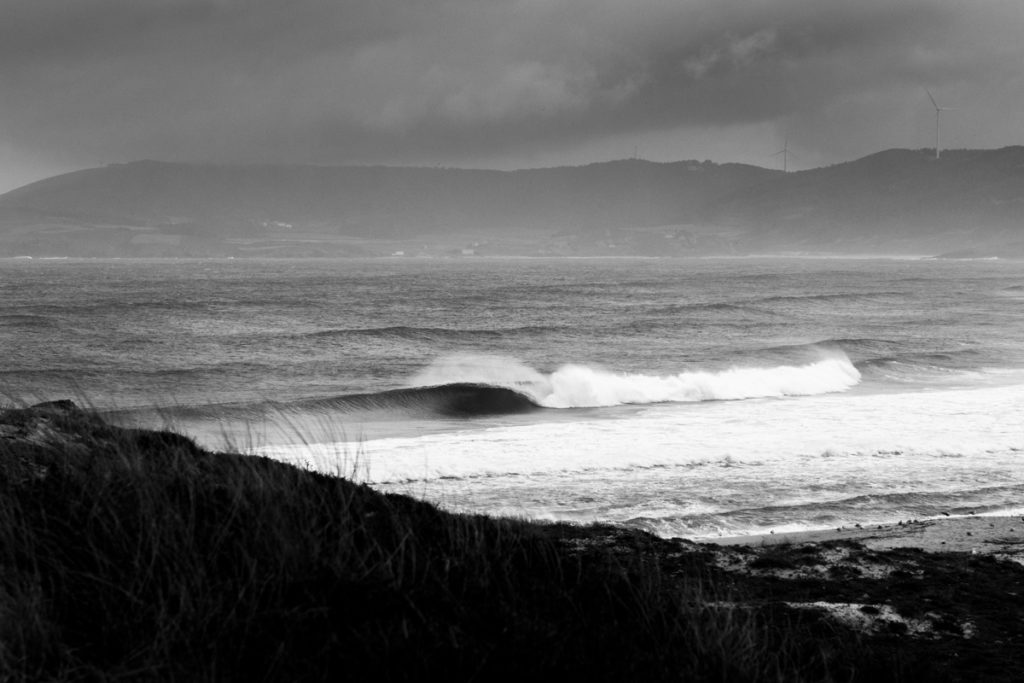 A swell line brushed clean by stiff offshores unloads on a shallow sandbank at one of the Costa Da Morte’s lesser surfed beaches. 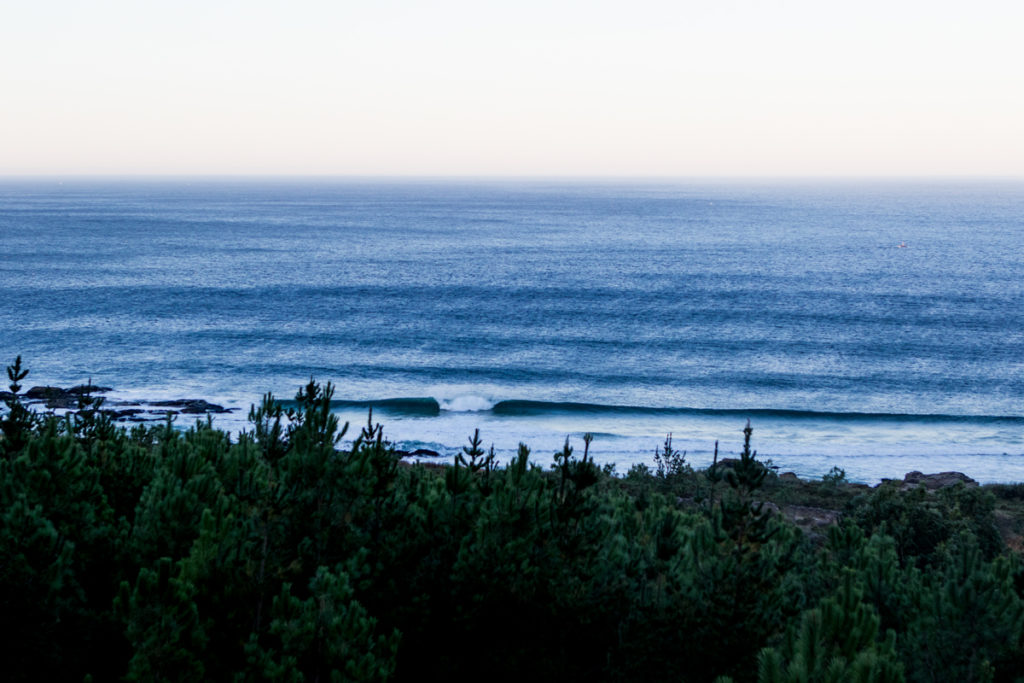 Long stretches of Galicia’s thouand miles of coast are backed by pine forest and only accessible by a 4X4 or a long walk. 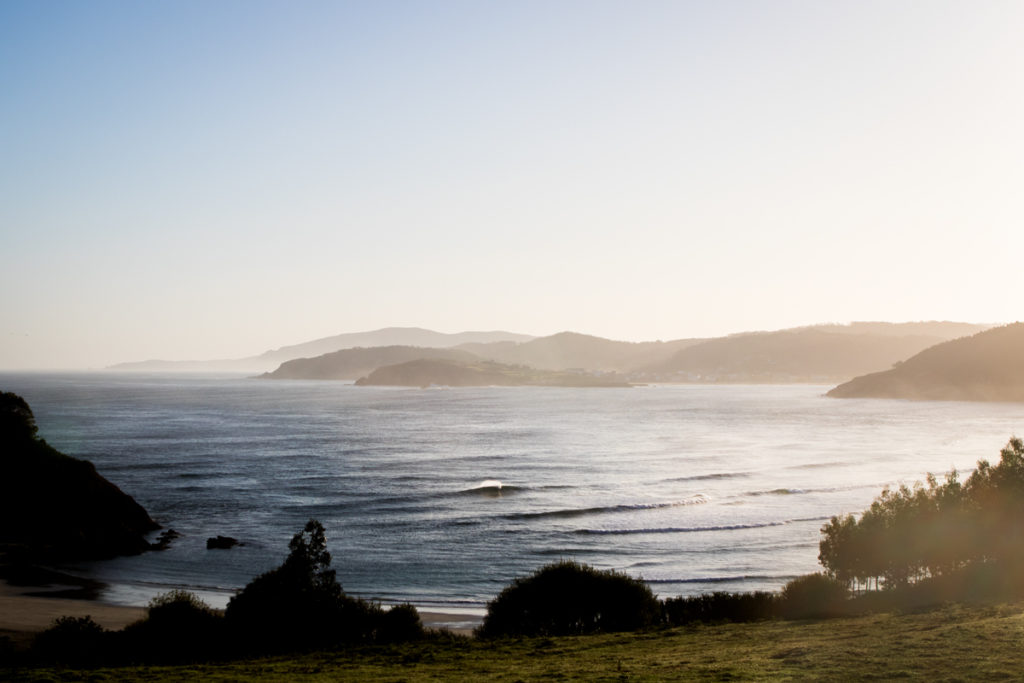 A lone a-frame in one of the north coast’s vast and beautiful estuaries. 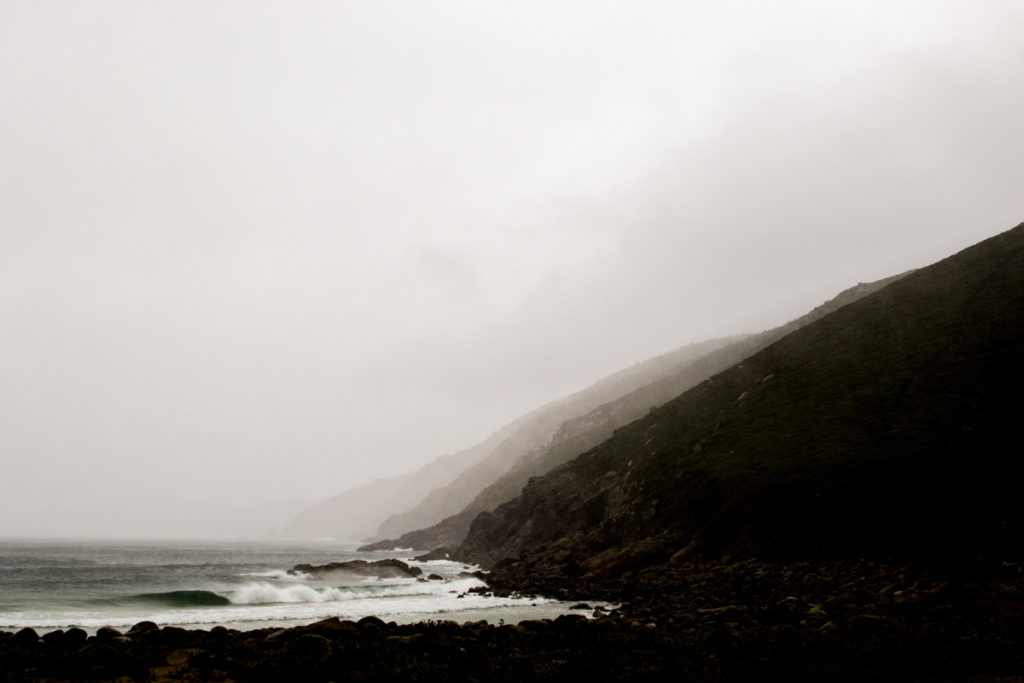 A wedge bounces open at the foot of a storm-battered headland. 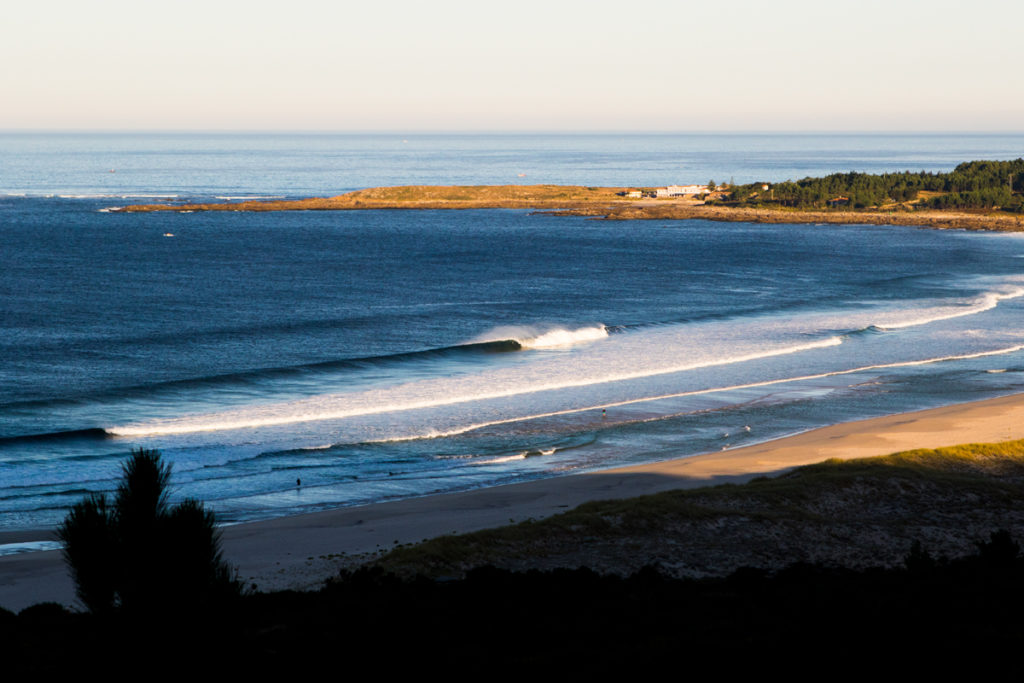 Dawn breaks on a dreamy morning line up.