“Our mission was to change peoples’ mindset on cannabis, to de-stigmatise it as a plant” says Chris Kelly, co-founder of Goodrays. “As surfers and cannabis advocates, we wondered, ‘How can we make an everyday product with the benefits of cannabis, that anybody can enjoy?’ A tasty, natural, sparkling drink seemed like the obvious answer.”

It’s a small but significant detail that Goodrays is chiefly a cannabis brand, rather than just a beverage brand. The drinks they’ve created are delicious and all natural, with a strong commitment to sustainability, but what sets them apart is that they’ve created an everyday consumer product that imparts the benefits of the hemp plant, cannabis sativa L, a range of benefits relatively new to the general public.

While the Green Rush towards greater and greater commercial cultivation and product development in the US and Canada has been going on for a few years, in the UK and Europe, less so. Aside from the virtues of oils or creams to soothe aching sports peoples’ limbs, CBD hasn’t quite had the PR cut through to educate and inform the public as to what products containing it could do for them. 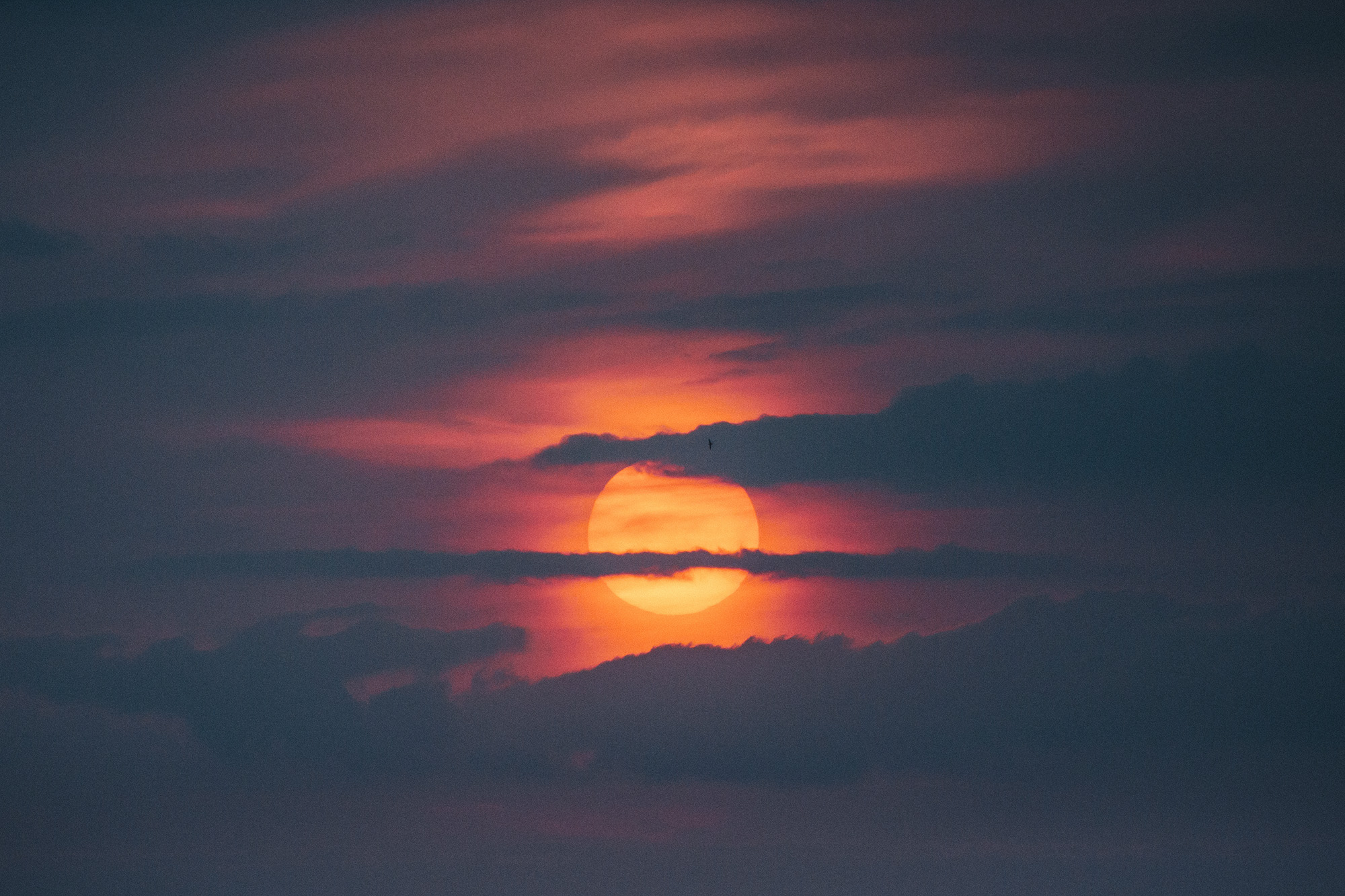 The Goodrays founders, four friends joined in a passion for surfing and a respect for plant power, decided to do something about that.

With Chris’ background in filmmaking and brand building and Eoin Keenan’s expertise in cannabis from both science and regulatory perspectives, both the story, and a means of telling it came together. Justin Stone’s experience in founding online retailer Surfdome and photographer and designer Owen Tozer’s creative touch rounded out a diverse, complementary team. Between the four of them, a shared mission and mindset to bring about genuine change and create a product with real benefits was afoot. A surf/brainstorming trip to Portugal, a serendipitous flash of sunlight between dusking clouds, and Goodrays had a name to encapsulate the vibes, too.

As cold, sparkling drinks go, well, there’s already quite a few out there. From caffeine-based energy drinks to general sugar delivery solutions in bright coloured cans, waters, juices… not to mention beer and wine with a few millennia of recipe refinement. So aren’t thirsty people already fairly well catered for? “The concept behind our drinks, and the brand in general, is for those change of state moments, the transitions,” explains Chris. “Maybe it’s after a surf, or even after work. It’s about those moments that take you from one state of mind to the next. Relaxation drinks have been dominated by alcohol… and maybe to a degree by the humble cuppa, but with our Goodrays seltzers you get all the genuine physiological and mental benefits from the goodness of CBD.” 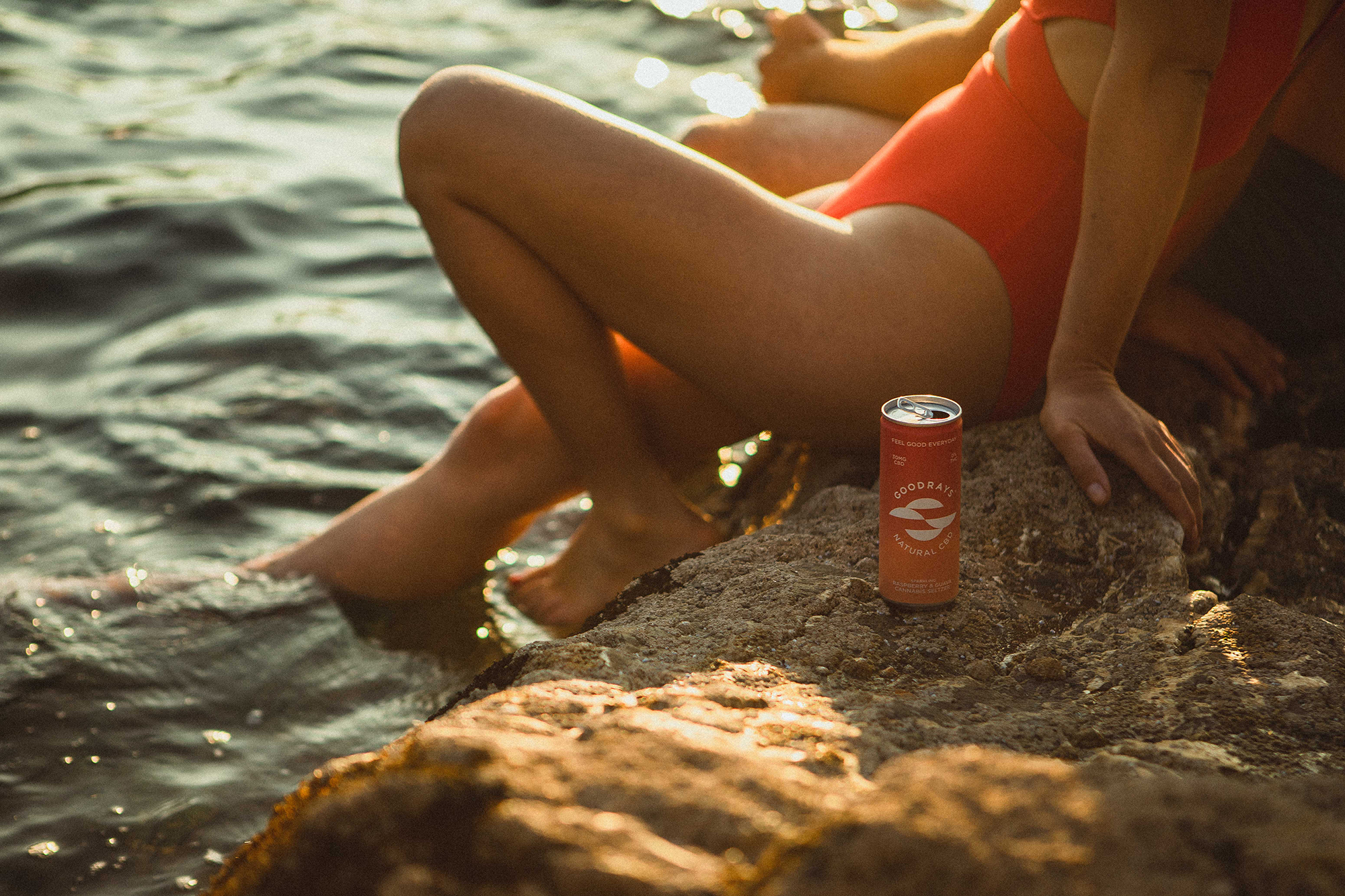 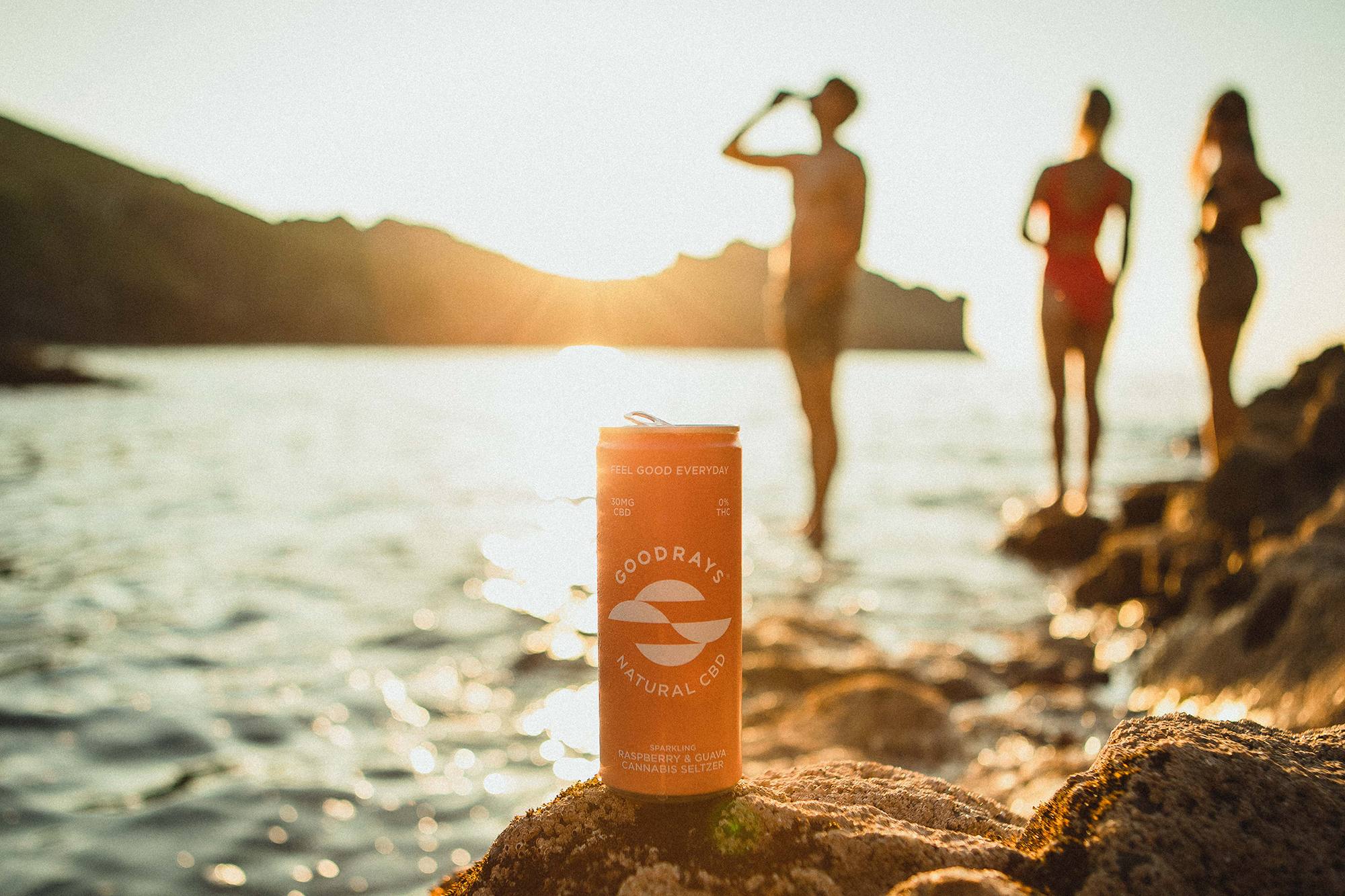 CBD being the non-psychoactive compound in cannabis, proven to offer numerous beneficial outcomes including relief from anxiety, increased mental focus and the improvement of sleep, while simultaneously helping ease physical pain, inflammation and muscle fatigue. Imparting all these benefits, whilst also enjoying a refreshing, relaxing beverage is central to Goodrays ethos of bringing about change to the way people perceive the cannabis plant. But rather than assume they’ve found the magic ingredient from day one, and just needed to make it taste nice, the relentless search for quality and refinement has been extensive, and is still very much ongoing.

“We’ve been visiting farms to source the best hemp growers, taking time to scrutinise the supply chain, spending months in the lab, testing, experimenting, tasting. I’ve spent the last ten years travelling the world to learn everything there is to know about this amazing plant, and there’s always more to learn,” explains Eoin. As surfers and lovers of the outdoors, it stands to reason that Goodrays is built on best environmental practice, an admirable place to put your most ambitious goals as a brand. 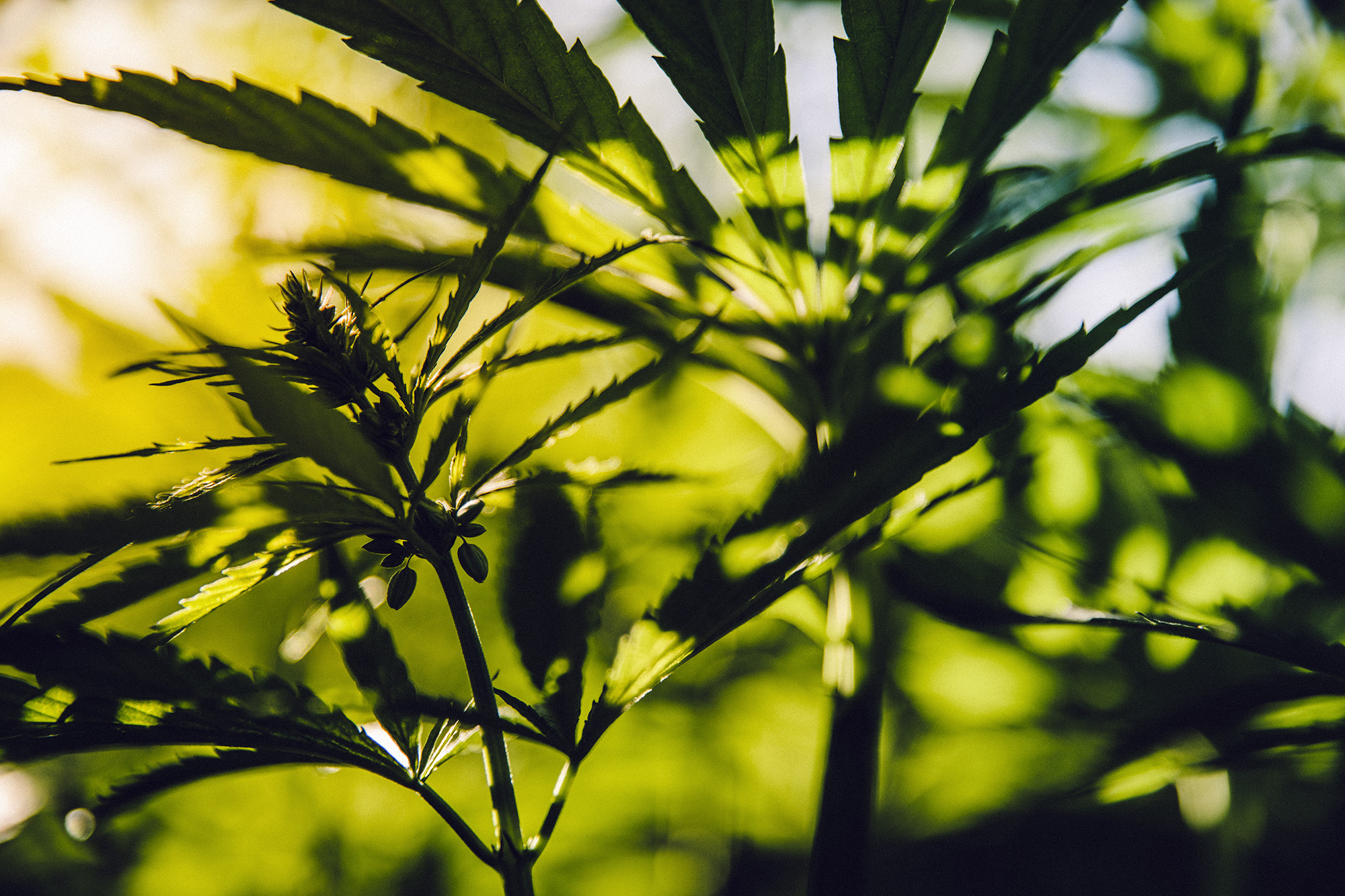 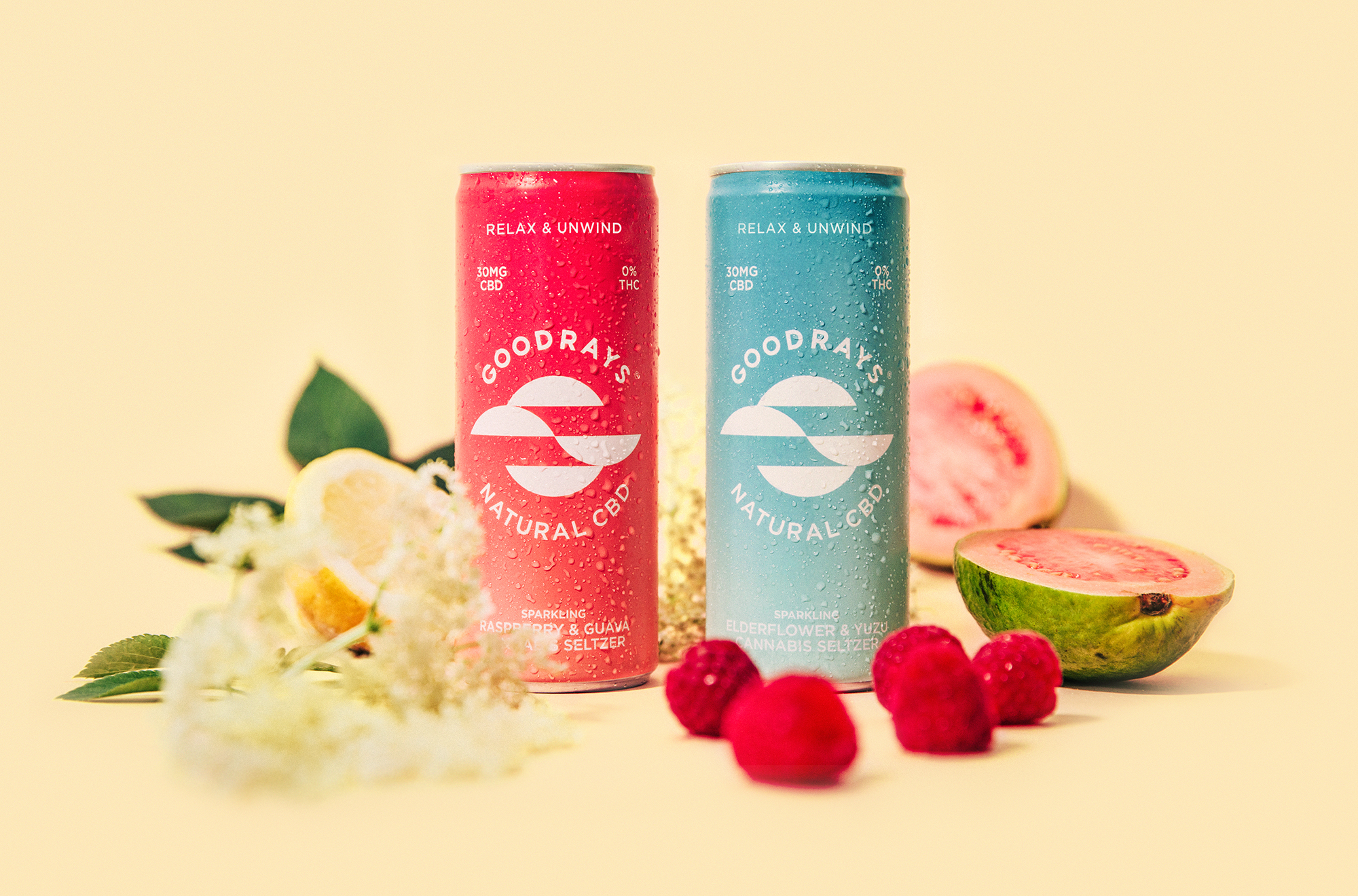 Hemp’s uniquely low impact as a crop makes a great starting point, and from there Goodrays are aiming to be a carbon negative business overall. All packaging and products are plastic free, their aluminium cans and packaging are infinitely recyclable and the vitamin D3 is from a vegan microalgal source, rather than lambswool. But whereas any company trying to sell anything today will be quick to splurge greenwashy jargon, Goodrays pair their sustainability with a commitment to transparency, concerning the business, but also CBD and cannabis products themselves. While not new to human cultivation, they’re very new to regulation. Traditionally, folk extolling the virtues of cannabis, aside from being outside the law, have also been, well, stoners. By bringing delicious all natural CBD drinks to the market, Goodrays are also playing an important role as ambassadors for the plant, a role for which having honesty and integrity is key.

Surfing and popular culture have come a long way since having a marijuana leaf glassed into your board was seen as something of a statement, and yet the story is far from written for this powerful and misunderstood weed. With plans for bottled drinks and edible gummies in the pipeline, and ever with an eye on the legislative situation regarding the hundred or more other cannabinoids as well as CBD, Goodrays are on a mission to bring the amazing power of their favourite super natural plant to the people.

Owen Tozer: A Life in Pictures

Powered by Goodrays Owen Tozer has been a busy boy of late. While the rest of us spent lockdown completing Netflix or getting in Twitter spats about whether not wearing PPE in the surf made [...]

Powered by Goodrays Virginal, unridden surf romped across our planet’s fresh-cut shorelines way back in deep time immemorial. Long before plants, or indeed life itself, were there to [...]

We’ve teamed up with the good folk at Goodrays to give away not one, but four Firewire surfboards across the 8-week Wavelength Drive-In Cinema series. The four lucky winners will also receive [...]