Home » Are There Great White Sharks In British Waters?

Are There Great White Sharks In British Waters?

We attempt to answer a question that has had experts puzzled for years...

All over the world surfers remain constantly mindful of that which lurks below.

Received wisdom says we’ve got it pretty good in Britain, because although our murky depths serve as a home for several species of sharks, attacks are virtually non-existent and there’s never been an officially confirmed sighting of, or an encounter with a Great White.

Although there are dozens of first-hand accounts of Great White sightings and plenty news headlines intended to strike terror, experts say they are yet to see any credible evidence. That effectively means in all the years people have been milling about on Blighty’s beaches, conducting offshore research, surfing, fishing and diving, a Great White has never been caught in a net, featured in a clear image, or come into close contact with a scientist.

If you accept these findings and don’t dismiss them as a grand UK tourism board cover-up, the focus quickly shifts to a question that has been puzzling scientists for decades; if they aren’t here, then why aren’t they?

The UK has one of the largest seal populations in the world and our water temperatures are well within the range deemed acceptable by Great Whites. They also like to hunt in murky water, which we’ve got plenty of. So what have they got against Blighty?

Theories are fairly thin on the ground but we’ve managed to dig up a few plausible-ish ones, although if you’re hoping for highfalutin science you’re going to be disappointed.

The first and most compelling is that the sharks are content where they are. It sounds simple, but under closer inspection, it seems to make sense. We can assume, due to the lack of credible sightings, there is not a native population of Great Whites in Britain, which would mean they would have to migrate from either The USA’s east coast or the Mediterranean. The theory goes that there’s not sufficient purpose in expending all the energy required to travel such long distances when they’ve got everything they need right there. 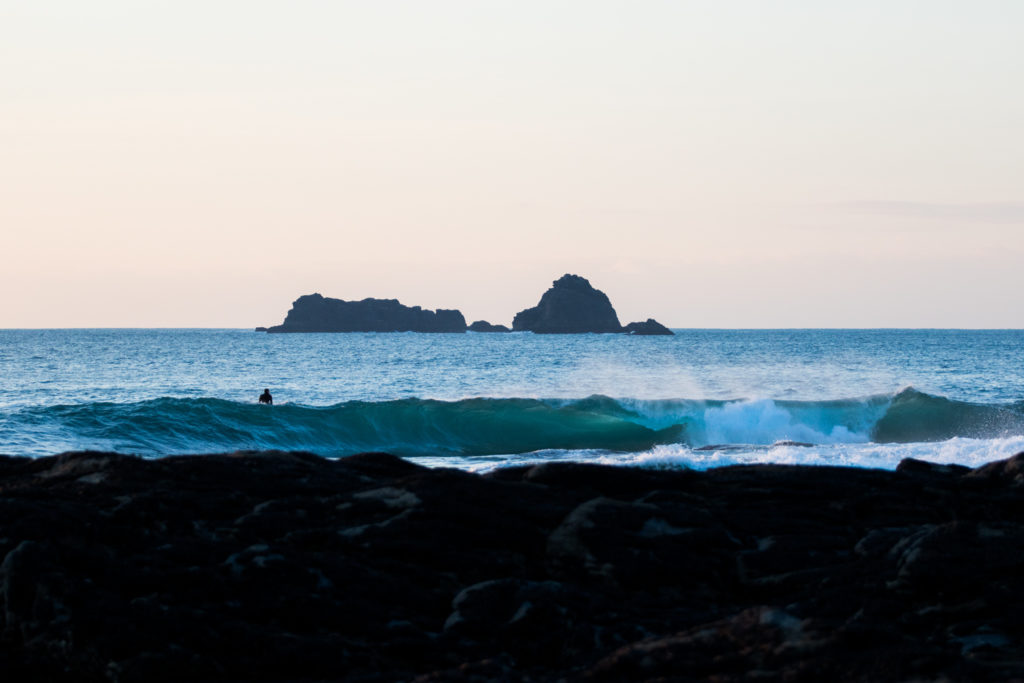 Where a Great White ever officially spotted, solo surfs like this might suddenly become a lot less attractive in Cornwall. Photo @lugarts

If this is the reason, however, things could be about to change. Vastly depleted fish stocks have seen many marine animals migrating north in recent years and if the food supply reaches a critical level, there’s every chance Great Whites could be following in their wake.

Another possible reason is that, having never visited, they simply don’t know about UK waters. This doesn’t sound particularly scientific either, but some experts believe it is possible that the sharks have just never discovered UK waters and the abundance of food they hold.

And that’s pretty much it. Admittedly, it ain’t exactly a smoking gun. But until proved otherwise, we’re going to continue surfing carefree, safe in the belief they’re not out there lurking somewhere in the murky depths.