Heathrow Pause vs. Your Surf Trip Do you love the planet enough to not go and surf it?

“Everyone has a plan, until they get punched in the face”

“Everyone is an environmentalist, until Heathrow Pause causes them to miss their Indo boat trip” – Me

Were you dismayed to see Instagram environmentalist and Patagonia ambassador Liz Clark collabing (I think that’s what they call it these days) with All Nippon Airlines earlier this year?

I know I was. In fairness, there was a post about ANA’s carbon offset policy or something or other, which, according to my high priest George Monbiot, is completely ineffective, counter-productive even, in avoiding the tipping point in atmospheric heating. But licence to pollute mitigation scheme or not, it was a bit of a surprise. 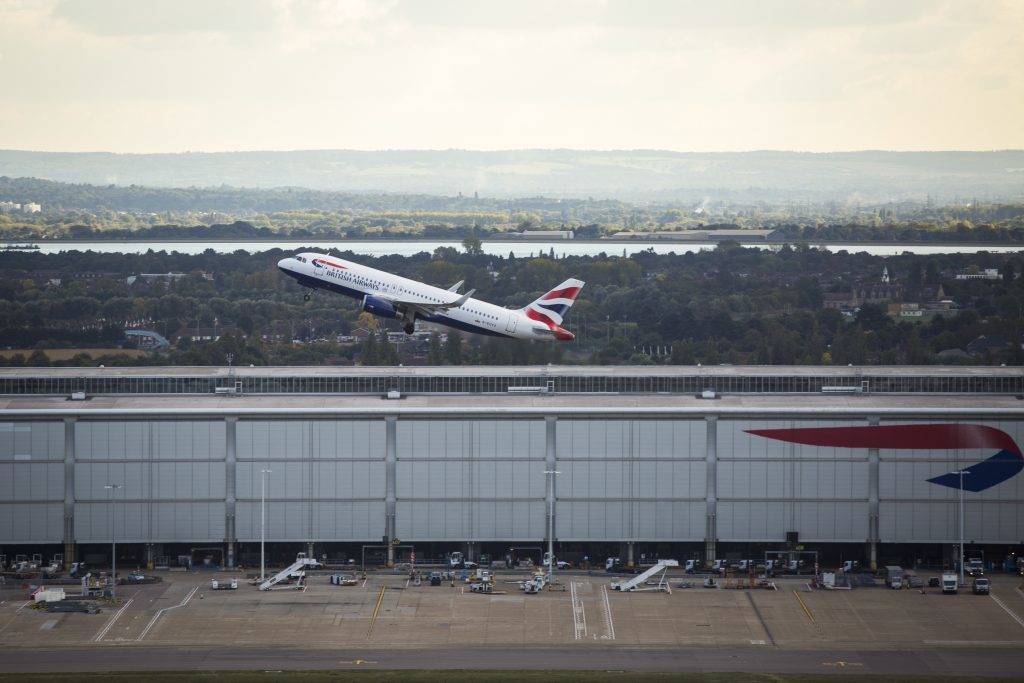 BA were the bete noire of shredders a few years back for banning surfboards. Now all we need to do is ban humans, too,

I mean, not just flying long haul to indulge in a bit of snowboarding (surely the ultimate white privilege leisure pursuit, taking the literal definition) and some ‘wellness’ spas, you know, outside steam bath selfie Shinto temple type stuff.

But actually promoting an airline to her 106k fans.

Being a long time admirer of Capt. Liz, from both a sailing and eco activist point of view, I felt… a disturbance in the force. Sure, I was already a touch suspicious due to mainly cat-based misgivings. But now, promoting airlines?

It’s terrifically easy to tear down your heroes though, isn’t it? And so much fun.

In fact, few things delight us more in today’s ‘name and shame’ thumb scroll entertainment, in our trial by News Feed epoch than to catch the righteous in a fib. To call BS on influencers, to out hypocrites, to be gleefully there ready to pounce in the comments when the mask inevitably slips.

The socialist MP sending their kids to boarding school, the #FightForTheBight anti big oil activist with so many gold level frequent flyer points that Qantas Club lounge staff in a dozen hubs know how he takes his G&T, the vegan pro surfer/model eating salami in a Portuguese cafe (yep).

Perhaps because above all, that creates enough noise, enough of a mental distraction to prevent us having to face up to our own inner turmoil, to attempt to reconcile our own crushingly conflicting truths.

Last week, a friend was talking about a potential gig in the Far East at the end of the year they’d thought about putting my name up for, but then didn’t, when remembering, presumably based on recent articles on WL (I knew someone was reading them!) about my public aversion to long haul air travel.

“…..I’ve flown to London from Biarritz, to the Canaries from Spain so far this year… and I’m planning on flying to The Azores (from Lisbon)” I admitted, in what I thought was a sufficiently self-assured tone so as not to be interpreted as back peddling, much less, squirming.

Which brings us neatly on to Heathrow Pause, which if you haven’t heard, is a “non-violent, proportional response to the climate emergency”, and essentially involves flying toy drones around Heathrow to ground aviation.

Not in flight paths or around runways, not endangering aircraft or passengers in any way, but simply flying toy drones at head height in 5km exclusion zones around Heathrow Airport (annual CO2 emission of 18 million tonnes, more than 103 entire countries), something which requires immediately grounding of all air traffic due to protocol.

Air travel is set to double by 2040 and there is no scalable carbon efficient alternative. Sure, look at the pie chart and it ‘only’ accounts for a 2.4% of global carbon emissions – a trifling 600 million tonnes.

But then look closer at why; 96% of Earth’s population don’t fly regularly, 70% have never ever been on a plane. 70% of UK air travel is done by just 30% of the population.

It truly is a case of the rich destroying the livelihoods of the poor, often for nothing more than to indulge themselves in ‘experiences’.

Some consumer choices meanwhile, things regarded as having a big environmental impact aren’t in fact, choices at all, but rather the only realistic option to those of limited means.

Or, as Jesus said, “Let he who doesn’t have to feed their kids fast food burgers after school just to get something affordable in their tummies, which certainly isn’t organic cashews at £25/kilo and a bottle of the Emperor’s New Kombucha, cast the first stone.”

But you couldn’t get a more whimsical, less indulgent experience than flying to the other side of the world just to stand up on a few breaking waves for a bit, could you?

21st century surfers thus face an existential crisis if they are adverse to the idea of going from being the once vanguard of right on environmental attitudes a few decades back, to the epitomy of neoliberal consumer capitalism today.

Once the radical, the outlier, the societal deviant, we’ve become more small c conservative than your local golf club casual racist. More preserve the status quo than those who listen to them.

Or at the very least, more treacherous.

Because we’re actually more dishonest. While ‘they’ might be overtly pro fossil fuel exploration, pro GDP growth over orang utan habitat, pro send em back to Bongo Bongo land, we publicly masquerade as giving a fuck about the natural world, about it being central to our identity, while systematically destroying it in our dogged, unrelenting pursuit of our wavey dreams.

It’s still relatively easy to dabble in conscientious gesture, of course. Nothing, it seems, has come easier to the modern surfrider than getting a metal drinks bottle to shun plastic, which happens to be not only a sound choice for eco reasons, but also not a bad earner of social currency.

At a recent QS event I attended, there were more metal drinks bottles per person than surfcraft.

Actually picking up plastic from the beach, while requiring bit more effort, is admirably relatively widespread in our global community.

Then, trickier still, comes making a change (absolute or mere tweak) in diet. Even so, getting off the twin evils of animal agriculture and the fishing industry, while requiring a bit more commitment and some considerable inconvenience, is hardly avant garde in 2019. Man-bunned plant munching millennials, they’re not exactly exotic these days, are they?

But then, when all this and more has been performed (almost certainly publicly), comes a much trickier decision. Harder than giving up bacon (cheese/sushi/etc). Harder than paddling to Lundy to ‘raise awareness’, harder than trying out a twin fin made from hemp cloth and linseed resin.

The least sexiest environmental choice you can ever make. The one that’ll see you actually get less barrelled. Become less worldly, less tanned, less in touch with the inner workings of breaking waves. Maybe slightly less interesting over a pint (of TsingTao).

The worst part? You can’t really take a photo of yourself not doing it. There’s no payoff in likes, no chorus of instant approval and recognition from the online community.

The elephant spraying a shit sandwich out of its trunk in the room, of course, is not going to Indo. Not going on a far flung surf trip. Staying at home, instead.

Not just not going of course, which is the default position of almost everyone almost all of the time, but actually turning down a legit opportunity.

Having the cash, having the time and the genuine desire to go, but deciding not to, for no perceptible short term benefit. In fact, doing so in spite of being reminded on a very regular basis by those comrades that haven’t taken your moral stance that “The Chinese are building 25 Heathrows a month!”

Shunning air travel is harder than backhand tail drift hits on the closeout, and much less respected.

And yet is probably the most radical thing you’ll ever do.