After a dramatic six days of waiting period, The Meo Ripcurl Pro reached it’s climax on Tuesday, culminating with the crowning of John John Florence as both event winner and 2016 World Champ.

As ever, the WSL’s coverage was extensive. It featured plenty of slick behind the desk punditry, interspersed with highlight reels and of course regular updates featuring an apologetic Travis Logie telling everyone to check back in an hour or two as the Atlantic ocean was proving an uncooperative mistress.

However the frequency of lay days and delayed calls, mixed with Peniche’s coastal geography, which provides a variety of options all facing in different directions, made for sans-singlet surfboarding action a-plenty.

From crowded little shories to maxing Supertubes with only a few CTers out, there was something for everyone this week along Peniche’s long and winding coastline. So without further ado, let’s dive in to some highlights: 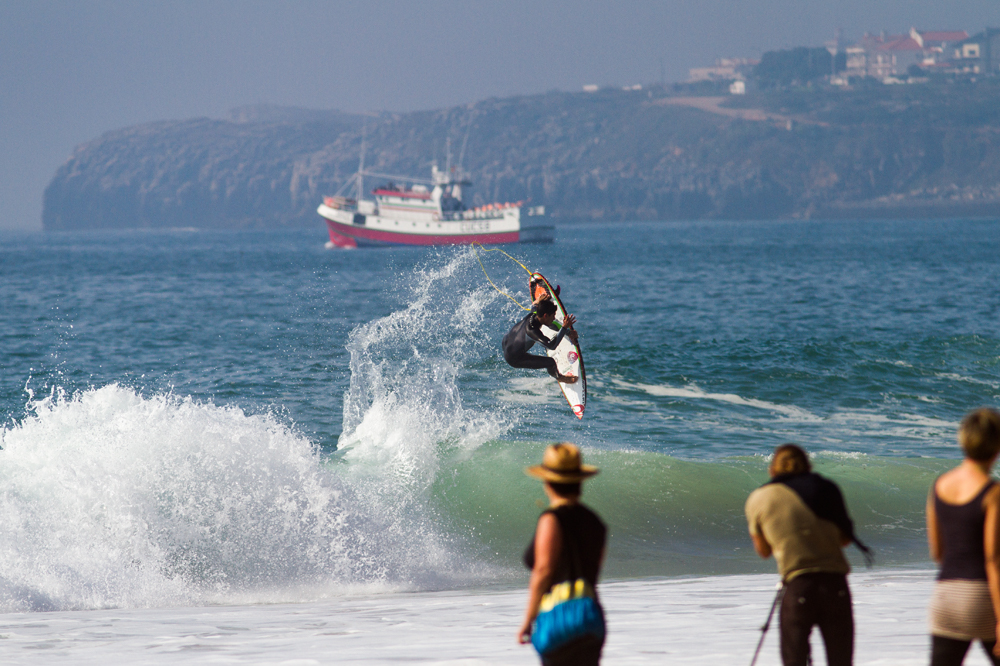 And here’s the WSL’s own TourNotes, giving you an all access pass to check out what was going on within the bowels of the contest structure on finals day: