Home » In Conversation With Andy Nieblas

In Conversation With Andy Nieblas Talking ideas, inspiration and activism with one of the world's most creative surfers...

Widely renowned for his supremely creative and spontaneous approach to surfing, Andy Nieblas has become a household name in the world of traditional logging.

Last year he cemented his place alongside the greats of the sport with a win at the European Duct Tape in Zarautz.

This year, we caught up with him for an insight into the inner workings of his mind and to talk ideas, inspiration and activism.

What do you reckon to Portugal?

It’s beautiful, I love it.

You had a chance to check out some of the other waves around here?

Yea, yesterday we went down south, surfed in front of a castle, that was pretty rad. 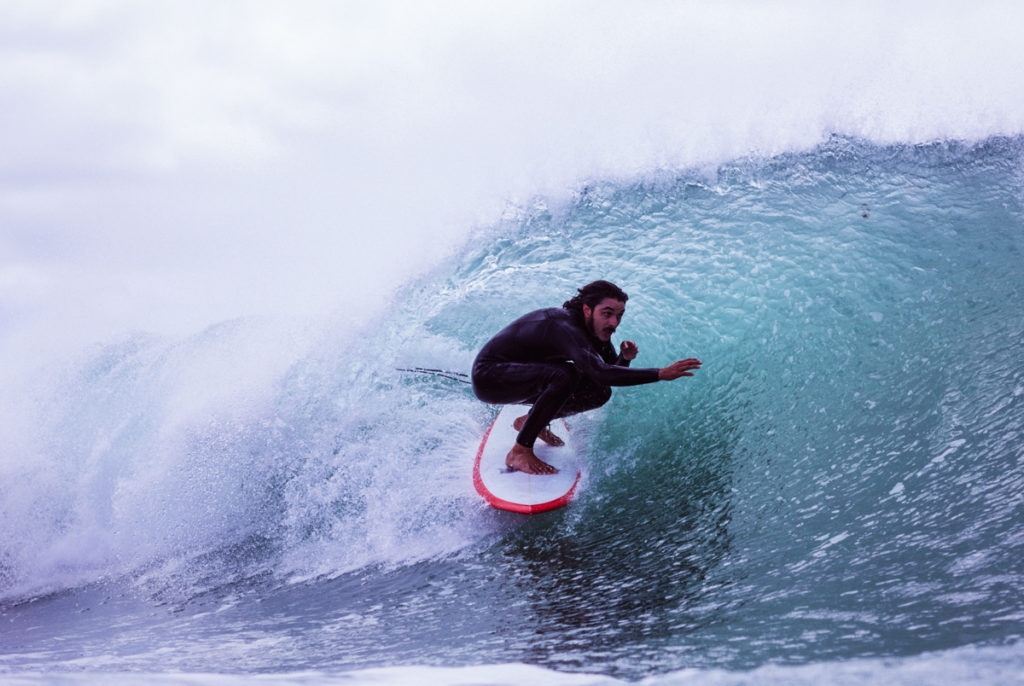 Nieblas finds a tube in front of the castle. Photo @pacotwo

One of the senses that I get from both people on the beach out here and people on comment sections on social media is how much people enjoy your surfing. Do you think the things that enjoy the most are the same things that feel the best?

Definitely, if you’re not surfing for fun then what’s the point, you’ve got to just try and enjoy yourself and then everything will just come from that.

Let’s talk about those reverse take off, hang ten on the tail to spin around things you do. Those are crazy, do you still get super stoked every time you pull one off?

Yea, always. Because it’s a weird manoeuvre, where you never really know which way it’s going to spin or how it’s going to pan out, you know you’re just on your tippy toes, and then you just wiggle with it, and when you do one you’re like shit now I’ve got to finish the rest of the wave!

When did you first start doing them?

Maybe a year ago, I think I first saw CJ Nelson doing the fin first take off, and I tried doing it with a couple of cross steps towards the nose, and then I came back and I just thought what if you could do it all the way? You know just sort of hang up there and let the fin pop in and twist it around…

Is that mostly where you get your ideas, you see someone trying something similar and then you build on it? Or do you just dream stuff up?

A little bit of both, because I get bored doing the same thing over and over. There’s only so many times you can do the same thing before you ask, what else is possible? I’ve been trying this one, where you paddle towards the wave, fin first, and when the whitewash is breaking you hit it and then get up and swing it around. I did it in Mexico and I was like dude, so weird, there’s so many options to a wave.

At first I was trying to do it not fin first, because I thought it would be easier, but I kept hitting it and then not going anywhere, so eventually, I was like maybe I could do it fins first. And then when you hit it the fin’s actually pushing with the water, instead of having it kind of slow you down- the fin hits it the whitewash first and propels you forward and you just stand up and spin around. It’s pretty nuts.

I read that you grew up watching surf films starring guys like Larry Bertlemann, Buttons and Phil Edwards. Was it a case of just absorbing their styles into your approach, or more of a play pause kind of thing, where you really tried to figure out the intricacies of what made those guys approach so special?

More the first one, more just looking it and looking at their approach. And I kind of started growing up on old logs too, and so riding those was so challenging, that then when you’d see them doing it, you’d be like holy shit, that’s next level, and they were just doing it for fun, and so casual. We’d watch like 5 Summer Stories and films like that and just watch them and be mesmerised and we’d go out and try it the next day.

So do you feel like growing up on boards that are more challenging helped develop your approach?

For sure, it makes you think outside the box, not riding boards that make things effortless.

Does defying psychics rank high on the things you’re trying to do on a wave?

Definitely. Always. Because it makes it feel that much better. When you pull it you’re like holy shit, that actually is real. I’m not dreaming. 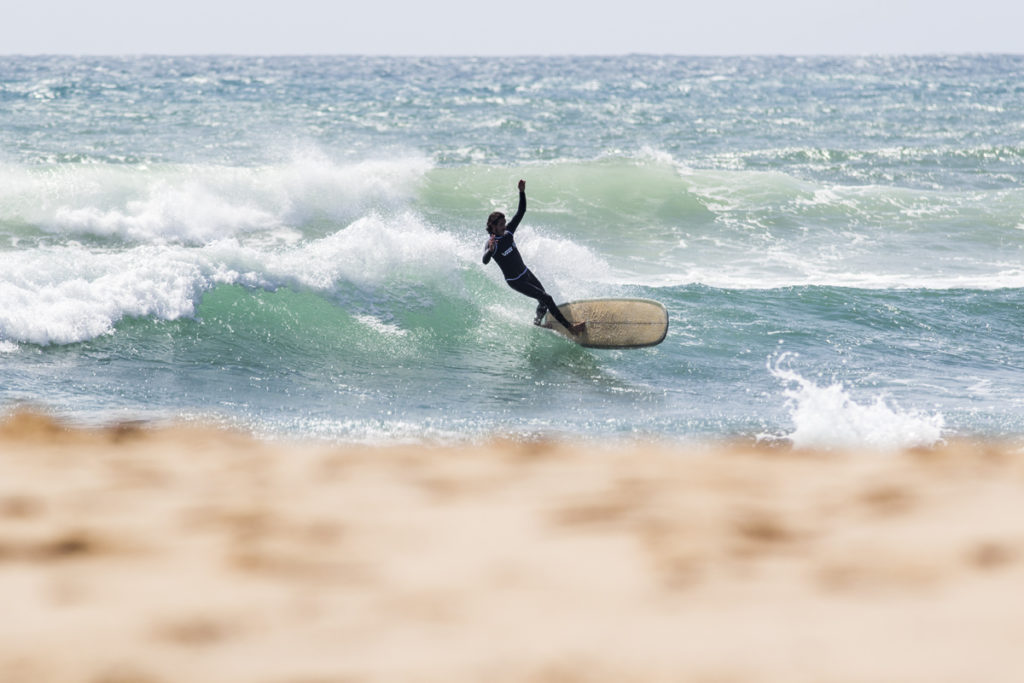 Nieblas putting all his confidence in a tiny slither of rail during the comp (and pulls it off. Of course). Photo @lugarts

Is the levitating hang ten the pinnacle of that?

Yea, that and tubes, but the levitating, just casually sitting there and time kinda stops for a second..

Yea, although we’re still fighting to get federally recognised from the government and they always say some bullshit, and try and wriggle their way out and put it on an extra time schedule, and it always gets pushed back and back. Other than that it’s pretty good.

Do you feel like people are still as politically as engaged as the 60’s and 70’s surfers of California?

Yea, I see it, you just need to get the younger generation it, because they’re always on social media so they can spread it harder than anyone. Now, it’s just like all the older guys who were trying to do that in 70’s have been trying to do it for so long and are still kind of in that same zone, where as it needs to be taken up another level now.

What are some of the causes you see people getting passionate about?

There’s a lot of stuff going on with San O nuclear rig right now, where they’re just storing all the waste on an earthquake fault line 100 metres from the ocean. There’s just containers of nuclear waste sitting there where we surf there every day and we’re going to eventually have to deal with that- you know we’re potentially going to have children with weird toes- although hopefully not, but it’s possible. I feel like half the people want to fight it and others say it’s never going to change and it’s there for a reason, but from my perspective, you have to help out some which ways.