Musician/ composer CJ MIrra and filmmaker Chris McClean have built up a solid catalogue of award winning projects together over the past four years, creating the look and sound of what it feels like to surf in colder climes – Iceland, Ireland, Scotland, The Faroes and beyond.

CJ Mirra has just released his album ‘Static: Original Surf Soundtracks Vol. 1’–  a beautiful selection of 8 tracks he originally composed for a series of award winning films, available on download, cassette and limited edition 12” gatefold vinyl. We caught up with him to talk soundtracking, surf movies and the art of capturing surfscapes through lo-fi guitar, orchestral moments, synths, samples and strings to epic effect. 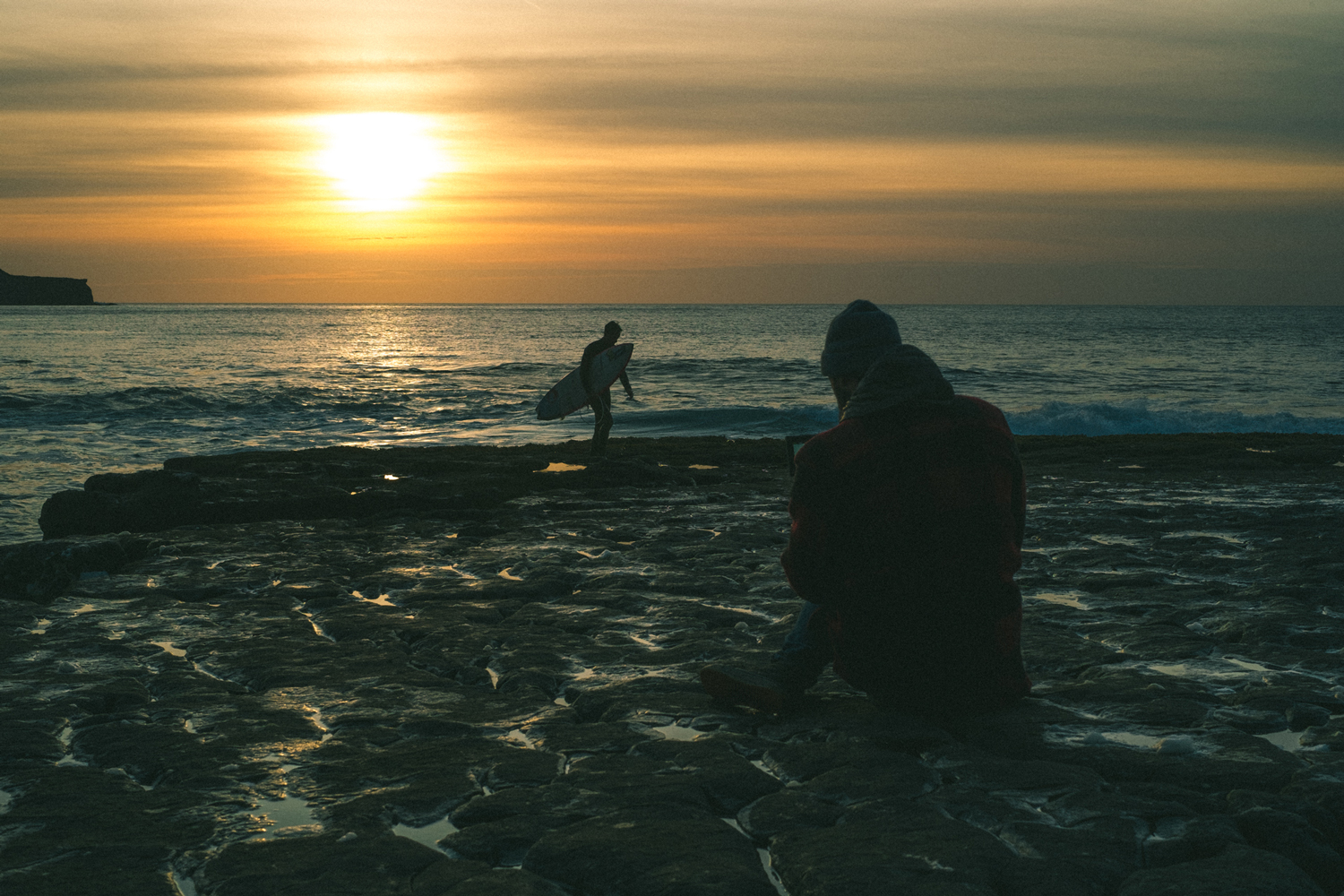 I’m interested in how you translate things as abstract as vastness and oceanic power so well into music, because listening to it I really feel like you have.

Thanks, pretty stoked you picked up on that. That’s probably the thing I spend the longest time on for most of these soundtracks. It’s hard to put the process into words because it’s sometimes intuitive, just feeling your way around till the sound locks on to the visuals which capture those characteristics of the ocean. Going on the trips and recording hours and hours of waves really changed the whole way I approached writing for these films. I’ve always been obsessed with sound of water but it was spending time in those environments that had the biggest influence on the music.

Do you intentionally replicate the rhythms of nature and oceans? Is it our own imaginations filling in the gaps?

I’ve got to credit the directors and the way they capture these rhythms on camera and also how they cut their films together that helps with the pace, I sort of follow their lead. Chris McClean, who has directed nearly all of the surf films I have soundtracked is an experienced surfer and has this intimate relationship with every wave he’s filmed so he knows how to show the viewer the personalities.

It’s so much to do with perspective – timings change depending on how close to the action you are, for example, with shots that play out in real time from a distance, I can latch on to that sense of depth and expanse of space. Other times it’s trying to capture the moment the wave is about to hit, the energy is much more tangible and feels much faster or much slower depending on whether you want it to be experienced from inside the surfer’s head or as an onlooker. 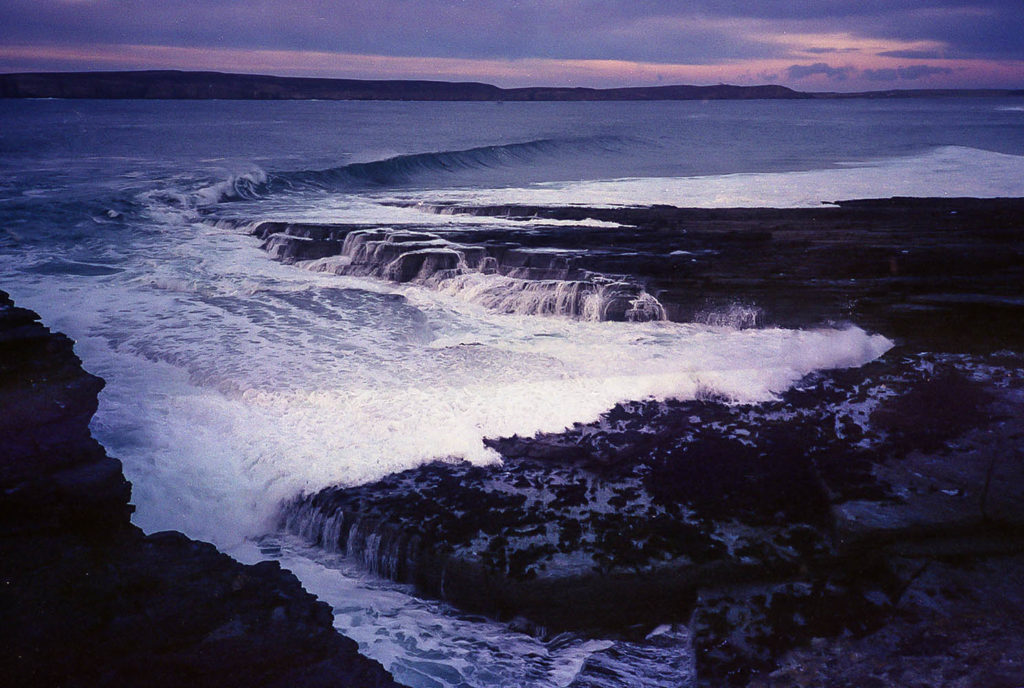 Where do you draw the inspiration from?

As much as possible it comes straight from the footage but me and Chris are both huge music fans. We have a good amount of overlap in what we’re into which helps. Boards of Canada, OPN and some more of those Warp artists, Fennesz and Tim Hecker, Mica Levi, Kaitlyn Aurelia Smith, Heurco S are a handful of artists I’ve listened to and heard something that I thought would sit perfectly with some of these films.

What’s the process of scoring the films? Does it involve getting really high and sitting in a dark room watching the film over and over?

Ha, yeah a lot of watching. I’m teetotal now but could never work high. It’s way more entrancing to really experience what’s going on in a meditative way, straight up. No veils. I’ll just have the film on loop with a guitar or a keyboard playing some sound I’ve made on the computer and just start recording. Loads. I nearly always play over the film while watching it – again and again and again. 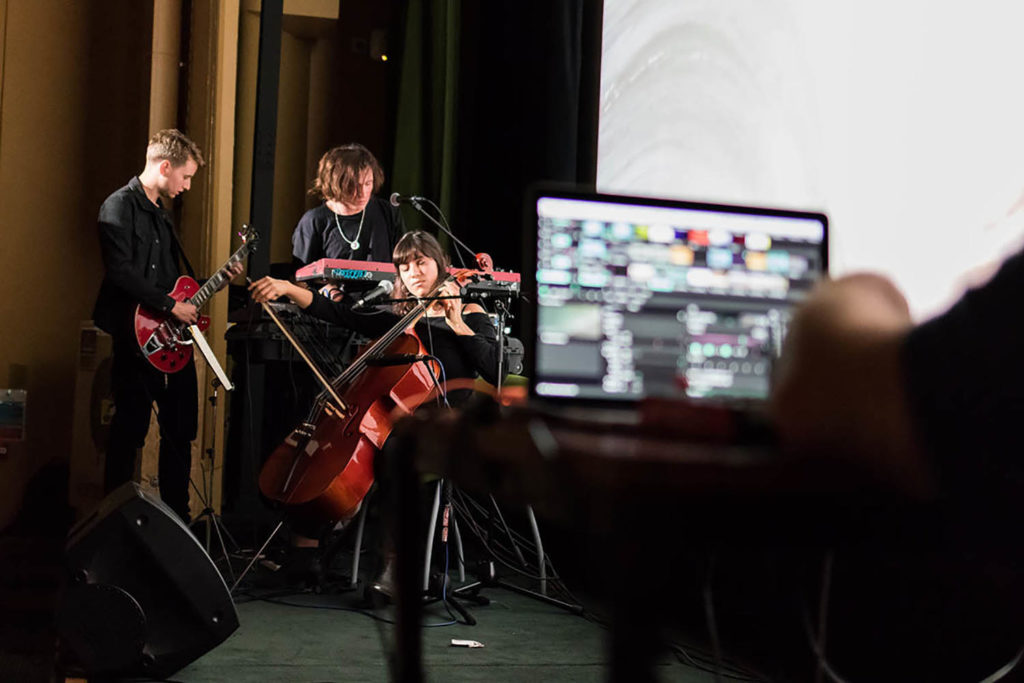 How do you physically create these sounds because I hear strings, synth and other things I can’t quite put my finger on.

I use lots of different software and instruments because it helps to keep discovering new tones and textures. All the sounds usually start as something quite recognisable but then I put them into a sampler or through some guitar fx and play around to make something new.

Each track has an almost entirely different set of sounds. There’s two or three sounds I made that made a few appearances – one lead sound I made using an old keyboard sampler that floats over anything. You can put sounds under the microscope a bit and find just the right little granule and make a whole new instrument out of it.

There seems to be a distinct lack of ‘traditional’ surf sounds on the album… why no jangly guitar?

Ha – I do love jangly guitar but not on this stuff. I think there’s definitely a line somewhere just north (or south) of the tropics where the films can almost change genre. So much of this project has been finding the sounds that match the tone. It’s a different light, the colour of the water and the shape of the coastlines all have distinctive characteristics, especially the way they are filmed and with the poetry; it’s new territory. I’ve just got a Fender Jazzmaster though so might all be different for Vol.2. 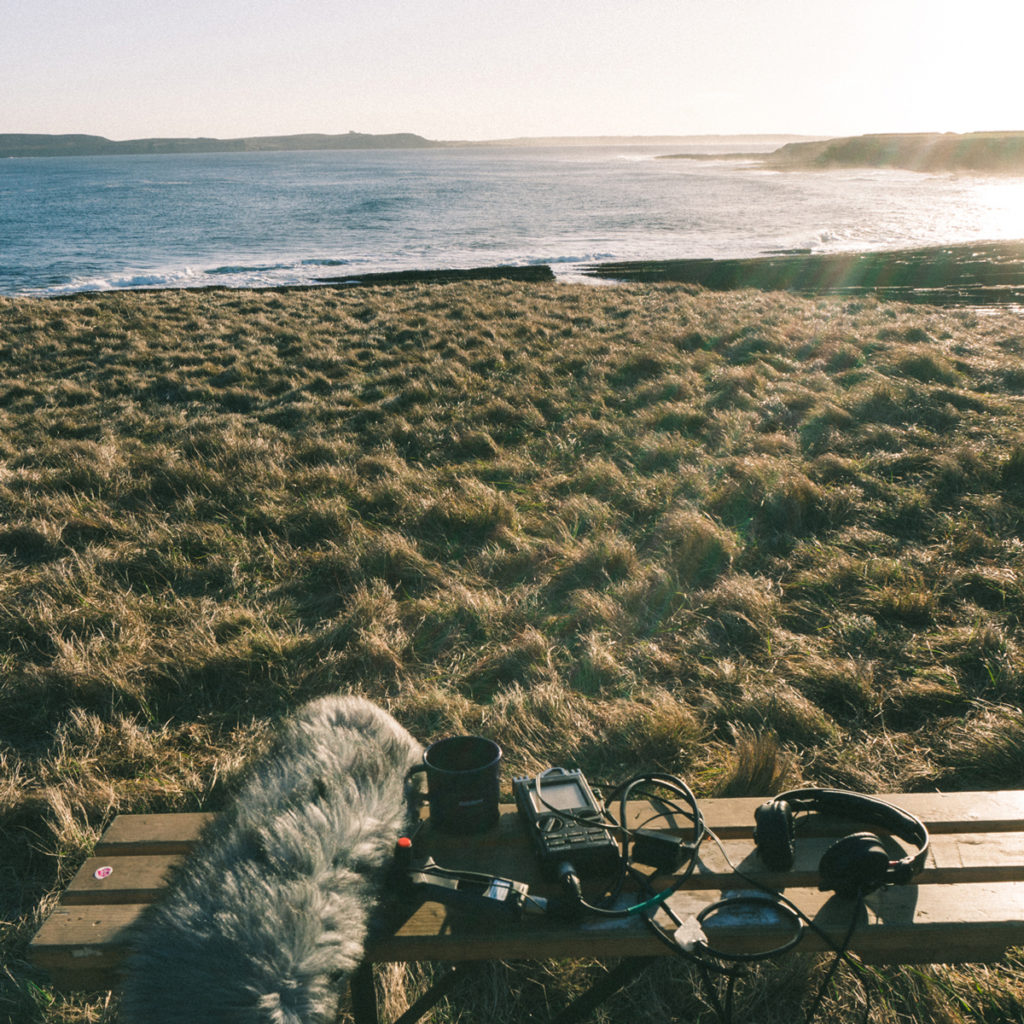 How critical is understanding the sensations of surfing and exploring in creating your work?

The exploring element is pretty instrumental in how things end up sounding, having the freedom to approach each film with an open mind. It’s definitely an attitude that is felt across the whole process and hopefully you can hear that in the music you end up hearing. I’m going to spend a lot more time in the water when I’m on tour with LeeAnn Curren in France and Spain this May.

When you’re out in nature, do you hear sounds that you consciously decide to replicate in your work?

Definitely. I always have a recorder with me and I record binaurally – using two little microphones that I put in my ears. When you listen back to these recordings on headphones it’s like you’re back in the place, with the sounds all around you. This is the best way for me to take a sonic picture of nature in detail. I’ll often put these recordings into the computer and play along with them until they feel like they’re merging somehow. Take away the original and it’s like a weird photocopy. As long as there’s something of the original in there it can work to give that same feeling.

CJ Mirra is touring this spring. The new live band features surfer/ musician LeeAnn Curren and will be accompanied by visuals from Chris McClean.

5th May, The Poly, Falmouth