Come and learn a little more about the young South African who, thanks to Mick's retirement, just secured a spot on the World Tour for 2018

When the news broke last week that Bells would be Mick Fanning’s last event, the surfing world let out a collective cry of lament.

However, every cloud has a silver lining, and Mick’s absence looks set to open the door for the enigmatic Mikey February, who will become the first South African to qualify since Jordy a decade ago, and the first non-white African ever to make the tour. 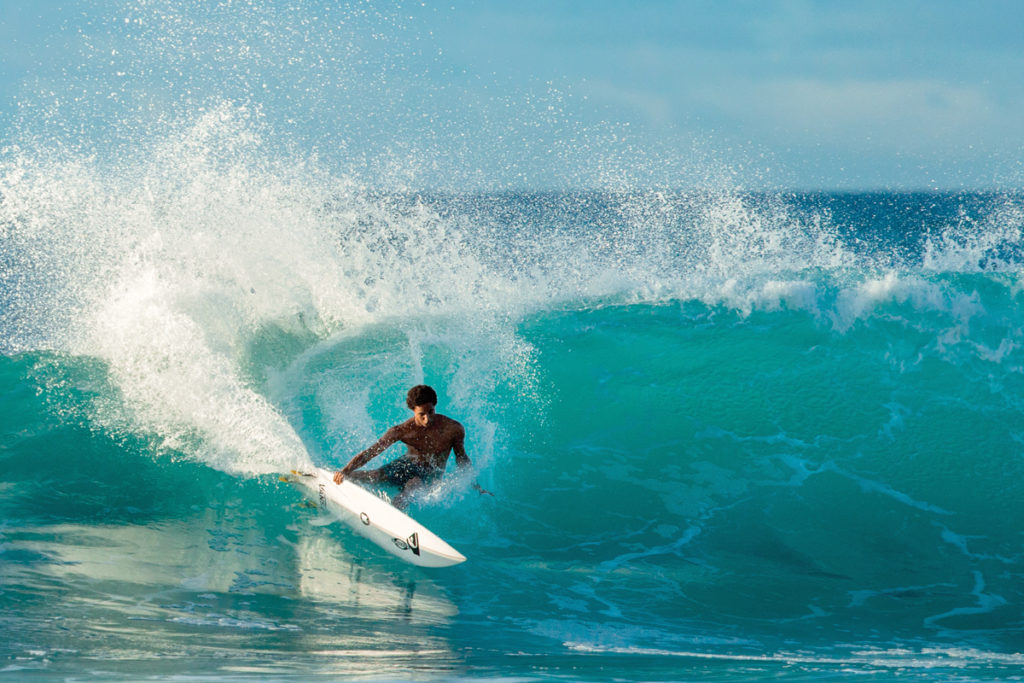 Mikey’s super stylish carves have already earned him the accolade of being described as ‘Curren-esque’. Photo Bosko // Quiksilver

While many of his rookie contemporaries have been hotly tipped for years, Mikey’s meteoric rise, which has seen him to the podium no fewer than five times already this year, has taken the surf world by surprise. To see him surf, free from the confines of a comp rash vest, induces further intrigue, with the lines he draws and his approach more reminiscent of a young Tom Curren than a QS groveller.

Unlike so many, his butter smooth style has shown no signs of melting away as he’s immersed himself in competition, remanning staunchly impervious in the face of the WQS judging criteria and the pitiful waves which so often serve as a playing field in the lower ranked competitions. 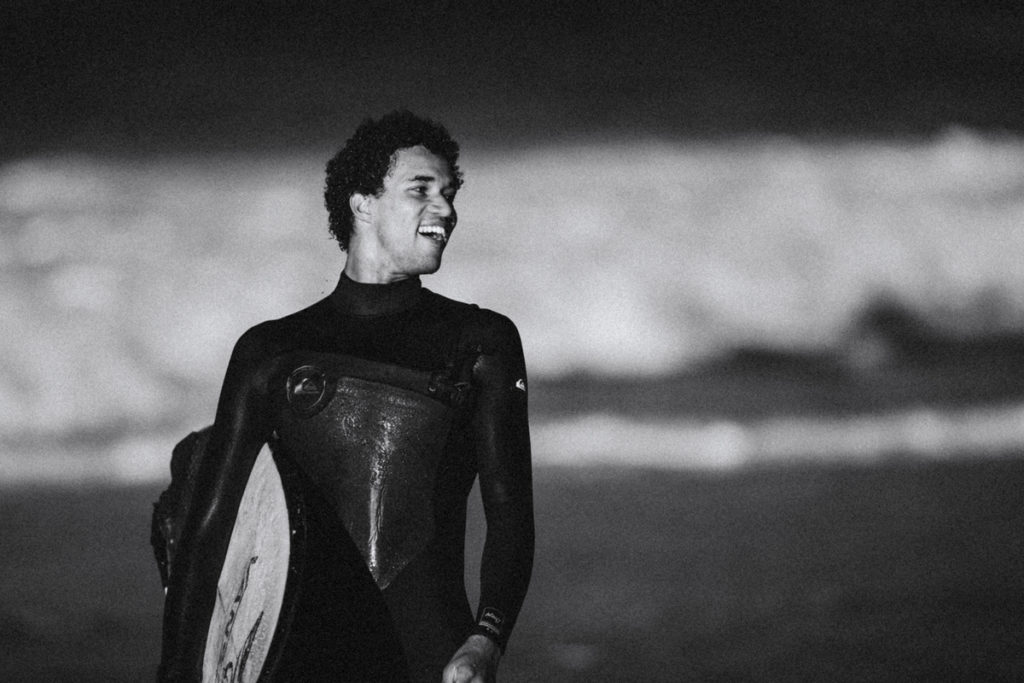 Every single of of Mikey’s QS podium finishes occurred on his home turf last year, during The City Surf Series, which saw 13 events take place around South Africa. The events, which were each accompanied by local outreach programmes, were put on in order to spread the sport and provide more opportunities for South African’s to win prize money and gain points without having to shell out the astronomical travel costs required to spend all year traversing the globe.

“It goes to show that my idea of getting a whole bunch of events together does actually work.” Jordy Smith told us of Mikey’s success. “For South Africans, I believe that it’s really bad and so I wanted to put something in place for them to be able to get a lot of confidence, a lot of exposure and a lot of competition time. For most South Africans, it’s really hard for them to travel because of the Rand ratio.” 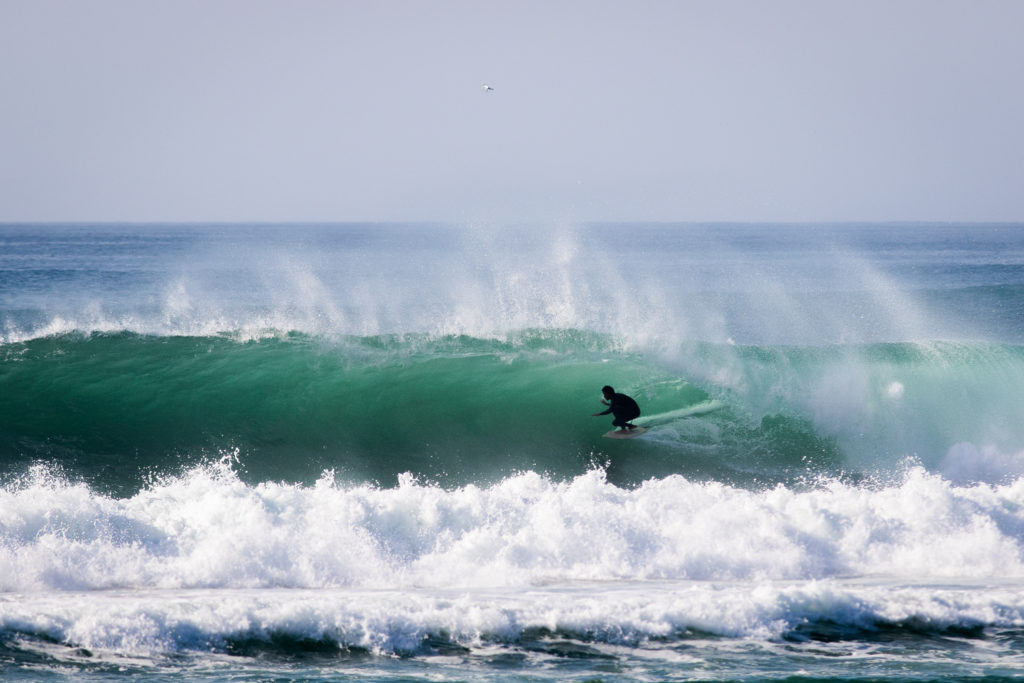 Gliding through a windy French tube on a twinny. Photo @lugarts

It was a similar initiative back in 2010 which saw the first wave of the now unstoppable Brazilian storm burst their way onto tour, after accruing points in the countries ten qualifying series events.

Accordingly, February’s success can in part be attributed to a deliberate effort by the WSL and a host of international sponsors to make our sport more inclusive and to widen representation.

Mikey grew up in Cape Town with mixed race parents, who, after the brutality of the apartheid era, set up their own design studio. Mikey himself is a talented designer, and indeed an appreciation for style and aesthetics seem to permeate many of his interests; photography, classic cars; art- and of course, his approach to surfing. 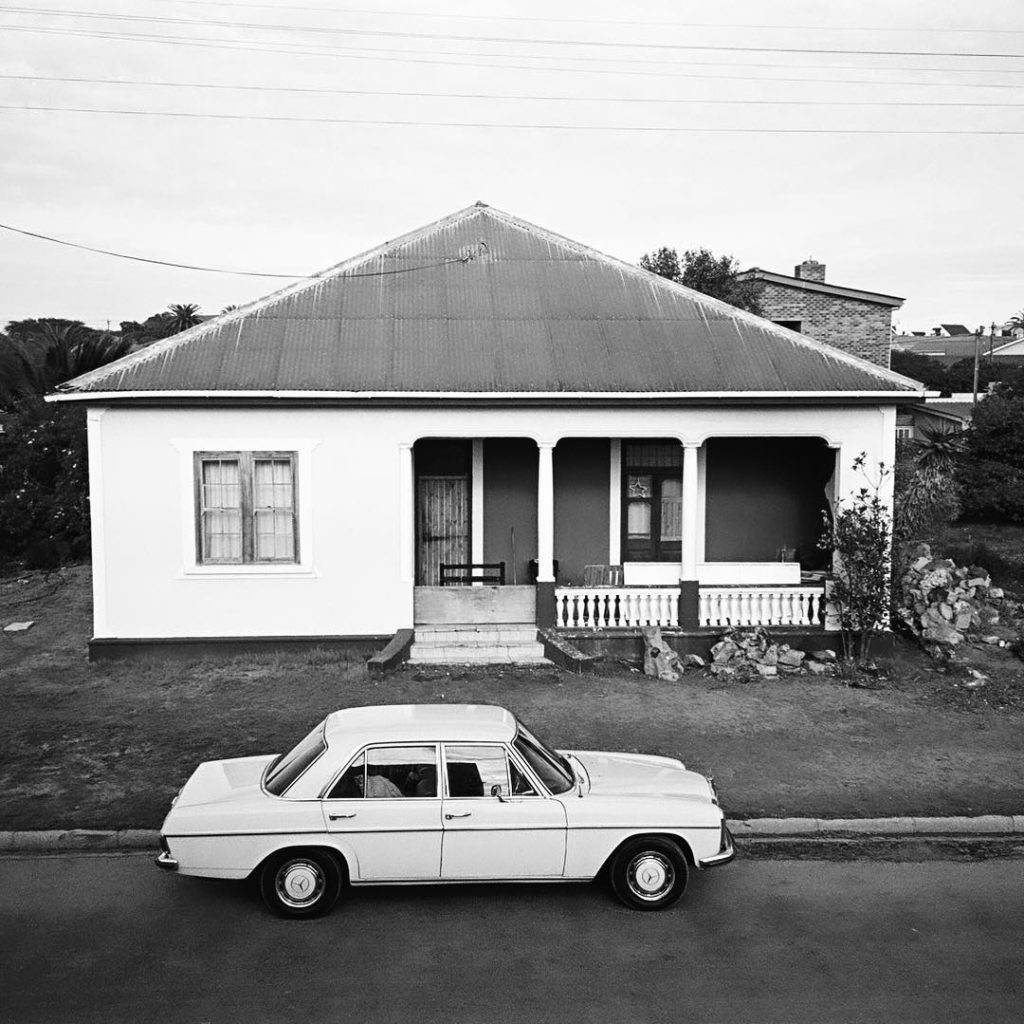 “This one is of my lady sitting inside my other lady outside of this pretty strange house In Lamberts bay up the West Coast.” Photo by Mikey February

The lines he draws and the torque he gets from his gangly 6’3 frame is so distinctive, the WSL commenting team have taken to calling him Mikey Freestyle February.

“I was more aware of my style when I was younger,” he told Stab in a recent interview. “I’m super lanky and my arms sort of do their own thing [laughs]. I used to think I had a weird style, so it’s nice to hear people say they like it. But really, I don’t think about it. I just do whatever feels good and it looks however it looks.” 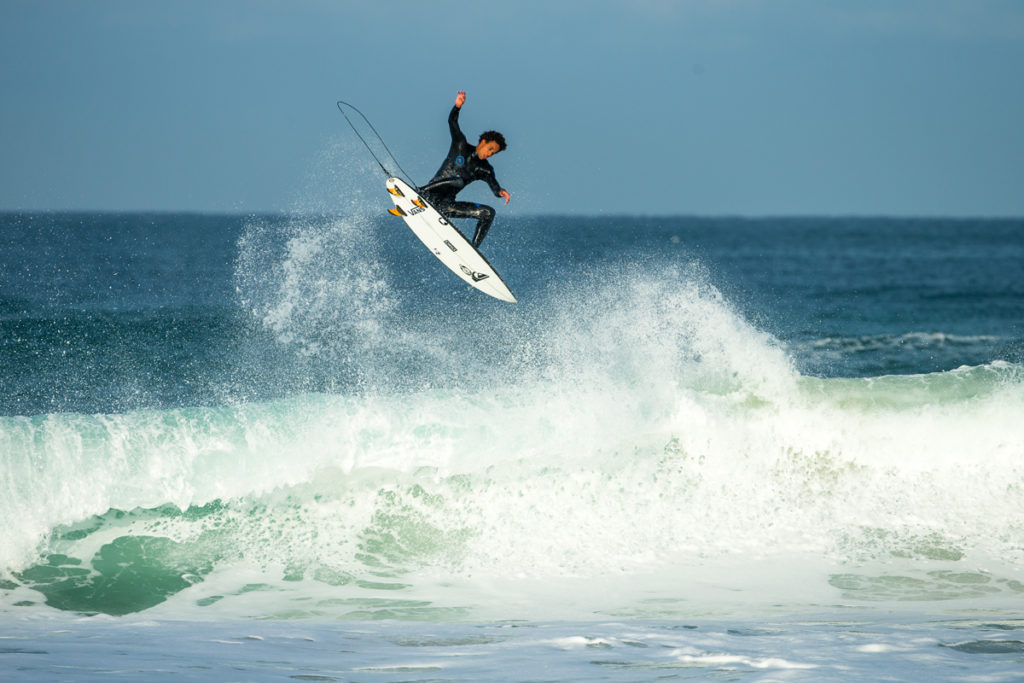 While Mikey’s best known for his lines on the wav face, he’s no slouch above the lip either. Photo Heywood// Quiksilver

We’re looking forward to seeing Mikey, particularly in the better waves on tour, and hope his presence will install him as a role model for surfers throughout Africa and other parts of the wave rich world currently underrepresented in the top ranks.