Home » Ireland From The Inside: In Conversation With Gearoid Mcdaid & Clem McInerney

Ireland From The Inside: In Conversation With Gearoid Mcdaid & Clem McInerney

To celebrate the release of his winter edit, we sat down with Gearoid Mcdaid and filmmaker Clem McInerney for an insiders perspective on surfing in Ireland, the changes brought by the influx of international chargers, and the importance of practising what you preach.

As G-Man embarked on his QS run, and Clem followed a swell down the coast, we caught up with the pair to discuss the creative process, the ever-shifting surf scene in Ireland and the impact of visiting chargers.

WL: How long did you spend at home over the winter G-Man?

GM: This year I was in Ireland from October till March with trips to a couple of places like Portugal for swells. Being here was a pretty high priority for me, I missed the first QS of the year because I stayed at home for a swell.

CM: It’s been good, although we’ve had to travel a lot, I’ve spent most of my winter up in Bundoran, since Claire hasn’t really done much. Most of the time we wouldn’t actually know where we were heading until till midnight the night before the swell hit.

WL: The popularity of winter surfing in Ireland has really exploded over the last couple of years, with a massive influx of international guys coming over for extended stints. Have you noticed the scene change?

GM: It’s definitely got a lot busier and a bit more agro in the water than it used to be, but it’s still pretty chill…

CM: I think at the end of the day everyone’s here for the same purpose, whether they’re domestic or international, everyone wants to get their waves. Most of the time there isn’t an issue, and if there is it doesn’t really escalate too much, people might just get told to rain it in a little bit, but there’s no real agro. Generally the local lads dominate the line up and they are the standouts.

WL: G-man do you feel like there’s any benefit in having those guys coming over?

GM: Definitely, there was a group of Aussies over here for a while, surfing was them pushes you to go bigger on every surf and try and match them.

WL: Famously some of the local boys have taken issue with the fact that some guys come over with their filmers, stay for a couple weeks and then go back to their corner of the world with tales of empty slabs and deserted lineups ripe for the picking. Do you feel like there’s some inaccurate portrayals of surfing in Ireland out there that kind of leave the locals out of the picture?

GM: Yes, there’s definitely still a bit of that happening. That’s what people are getting sick of really, the guys who are not really putting anything back into the surf community in Ireland. Some of the guys that come over are legends and will film you and give you your clips, but there are one or two who aren’t like that. 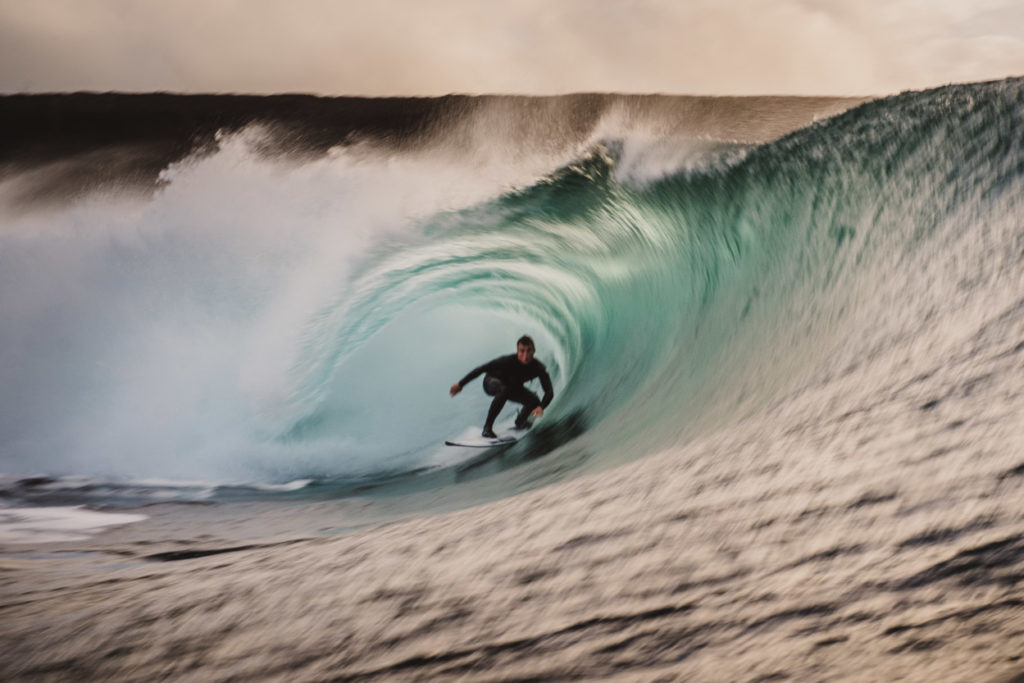 CM: We really try to practice what we preach when we travel, I’ve been pretty particular about that, because I see what happens here with it. When were in Portugal, all the local boys get their stuff and they get it immediately and there’s never any bullshit with it. We try and give back as much as we can. We’re lucky as well because G-Man knows a lot of the guys from competing, so they’re more than happy for us to be there and get waves with them.

Guys do come here for a couple of weeks, but Ireland kind of regulates that in itself with its weather, because there’s people that we know who’ve been coming here for years and they just get skanked every time, so you see guys staying a lot longer now, because they’re all starting to realise that it’s not a case of flying in for a few days and scoring the best waves and then off you go.

WL: Every year we see the level of progression getting pushed, both among the local guys and among visitors, do you think the trend is set to continue?

GM: Definitely at Mully it’s being pushed all the time, days they used to tow are now paddle days, obviously guys like Connor [Maguire] have stepped up just as much as any of the foreign guys, and it’s pretty mad to see what everyone’s paddling out there now.

WL: What’s been your approach making this film?

GM: Well basically just trying to just get as good a waves as we possibly can. But it was quite tricky, because it was stormy, and there wasn’t a whole lot of fun sized days at Mully, where I can actually catch waves. There was a lot of big scary days where I paddled out and didn’t catch waves (laughs). We were kind of trying to get some biggers stuff, but then it ended up either being huge or not that big.

CM: We just wanted to showcase what G-Man could do. The music is pretty awesome too, the film is scored by two Irish guys, one who plays in a large band and the other who is an electro wizzard.

There was a lot of miles, and a lot of quiet time, a lot of negotiations over coffees, but a lot of surfing too.

When we went back through the footage we spent 19 hours going through just waves, no b-roll, just waves, 651 clips, there was a lot of nearlies.

GM: Yea, this winter I had a lot of nearly the best waves of my life…
In Scotland especially, the waves are a lot different even to home, they’re a lot less perfect and a lot harder to read.

CM: I think a lot of these slabs really shows us how perfect the waves are on our doorstep and how hectic they are as well. There’s nothing like Riley’s, it has its own characteristics- there’s a lot of waves Gearoid surfed that are good long barrels, but there’s nothing quite as thick and intense as that.

It’s pretty special walking down there with someone who’s never been there before, to hear the wave breaking and have the cliff falling down around you, it’s crazy, same with the Cliffs of Moher, it blows people’s minds. The whole process really reminded us just how special Ireland is.