Today, the World Surf League (WSL) Big Wave Tour (BWT) is placing the Pe’ahi Challenge in Haiku, Hawaii on Green Alert to potentially commence at 2pm (local time) on Thursday, November 10, 2016 with a projected 30-foot-plus swell heading towards the region.
“We have been tracking a storm from the Pacific Northwest and anticipate a promising swell to deliver for our first BWT event of the Northern Hemisphere season,” said Peter Mel, WSL BWT Commissioner.

“We are calling the Pe’ahi Challenge ON for a possible start on Thursday afternoon, 2pm call, with swell expected to hold through Friday. We expect 30-foot-plus waves with favorable winds and tides.”

For the first time in WSL Big Wave Tour history, the world’s best female big wave surfers will compete at Pe’ahi with 12 individuals vying for the maiden women’s title.

“We’re incredibly proud to be introducing a women’s event this season,” Mel continued.

“These ladies as some of the most dedicated, passionate and talented big wave surfers on the planet. It will be phenomenal to witness them tackle Pe’ahi.”

Pe’ahi, known as “Jaws,” breaks off the northern coastline of Maui with the ability to produce waves in excess of 60 feet. The event premiered on the BWT last winter with exceptional performances in epic conditions. All eyes will be on this venue this year to see the top ranked BWT surfers take on the monstrous conditions.

Surfline, official forecasters for the 2016/17 WSL BWT season are calling for:

Another strong winter storm is currently sliding across the Bering Sea/Aleutians, packing a good fetch for Hawaii with wind speeds up to 35-50kts. Meanwhile, the same storm that pushed out the current NNW pulse is still holding a fetch aimed at the Islands, but now located up in the Gulf of Alaska. 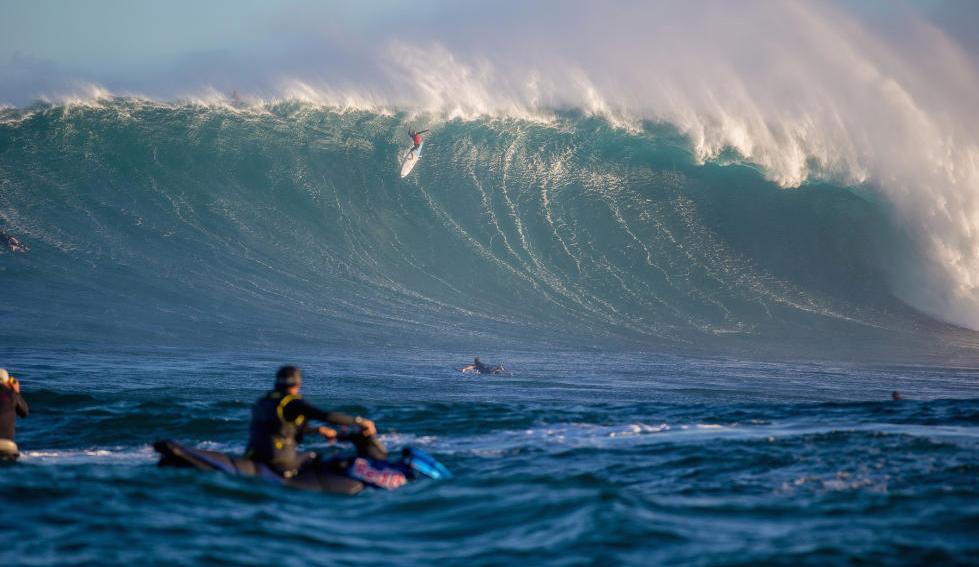 The Pe’ahi Challenge will be webcast LIVE at WorldSurfLeague.com and on the WSL app.