Home » Jaws BWT Competition Called On For This Friday / Saturday

Jaws BWT Competition Called On For This Friday / Saturday

Full details and a breakdown of the forecast here: (Spoiler: expect fireworks!)

This evening the WSL announced that they have put the Pe’ahi Challenge on Green Alert to run on this Friday and/ or Saturday, with projected 40-45 foot waves heading toward the region.

Here’s the word straight from the horses mouth:

“This swell looks really promising, so we’ve issued a Green Alert to run on Friday and/or Saturday,” said Mike Parsons, WSL Big Wave Tour Commissioner. “We have a long period swell coming from the northwest direction, which will provide us with surf in the 40-45 foot range. We will continue to monitor the conditions to determine which days we will run the contest. We could potentially see heats on both Friday and Saturday or just one of the two days. We are excited to get the first event of the winter season underway and witness the world’s best big wave surfers take on Pe’ahi for the third year in a row.”

Pe’ahi, known as “Jaws” breaks off the northern coastline of Maui with the ability to produce waves in excess of 60 feet. The event premiered on the BWT in 2015 and has witnessed exceptional performances since its addition to the Big Wave Tour. All eyes will be on this venue this year to see the top ranked BWT surfers take on the monstrous conditions. 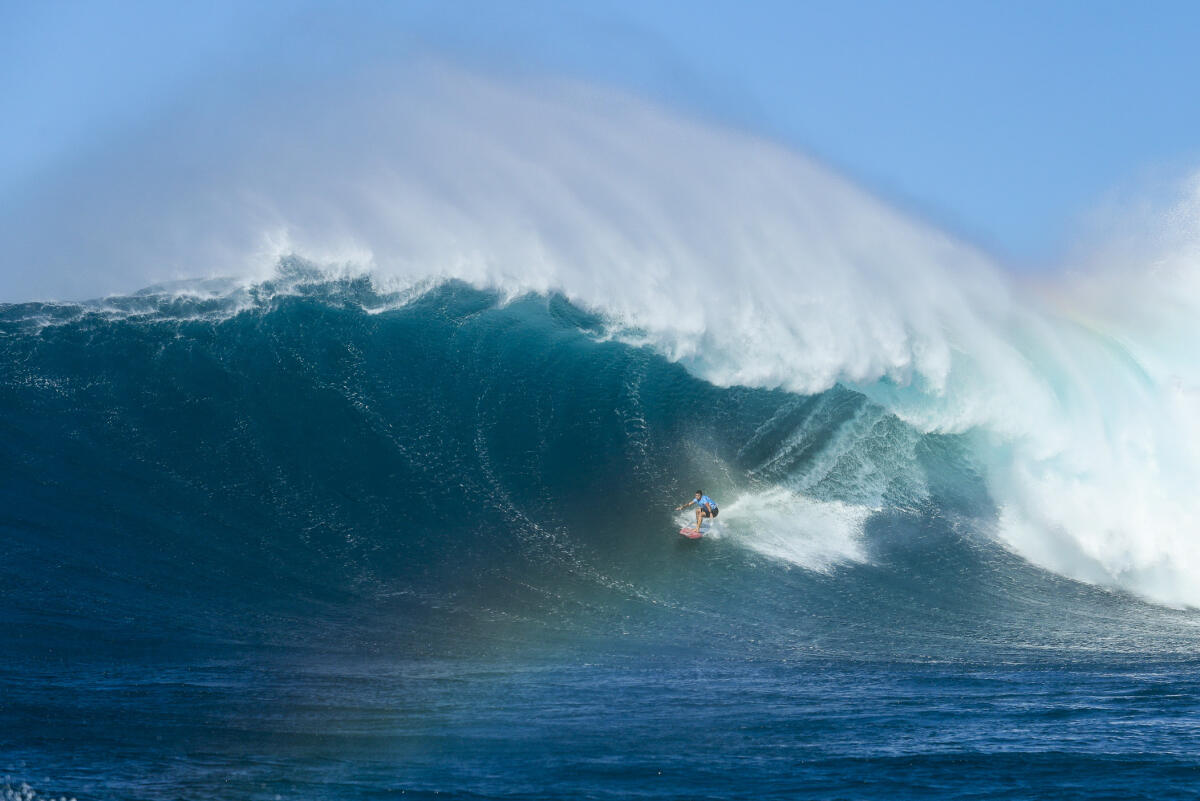 Billy Kemper (HAW) has dominated the Men’s Pe’ahi Challenge since its introduction to the WSL Big Wave Tour and will look for his third-consecutive win at Jaws this weekend. Kai Lenny (HAW), winner of the Puerto Escondido Challenge earlier this year, leads the 2017/2018 BWT rankings heading into the second event of the season. Lenny earned an Equal 9th place result at Pe’ahi last season and will now look to surpass that result to maintain his World No. 1 position on the men’s BWT leaderboard.

Surfline, Official Forecasters for the 2017/2018 WSL BWT season are calling for:

Former Super Typhoon Lan is transitioning to an extratropical storm in the northwest Pacific today and is expected to expand and crank out 45-50 foot seas in the next 24 hours, 2000-2500 miles from Hawaii. As a result, we’ll see a powerful, long period northwest swell build into Peahi throughout the day on Friday with an expected peak overnight before trending down during the first half of Saturday.

As the swell peaks Friday afternoon and evening, we expect to see wave face heights in the 30-40’ range, with the largest sets of the day potentially up to 45’ faces. Friday early morning will be slower with the swell just starting to build and potentially some morning sickness thanks to N/NNE wind. However, surf should slowly improve through the day as the swell builds and wind trends more NE in direction.

Saturday morning will see improved wind as moderate ENE trades return. The swell will be slowly easing with 25-35’ faces early morning and max sets still pushing 40’ faces. Solid, but easing, surf should continue through midday, before dropping off over the afternoon.