Home » Did We Just Have The Best Week of Euro Surf Comps Ever?

Did We Just Have The Best Week of Euro Surf Comps Ever?

While the British Isles were getting blasted by screeching gales and torrential downpours by the back to back bomb depression systems of Ciara and Dennis, the Continent basked in the double delights of plus 20 degree air temps, and plus 20 ft swells.

For good measure, it was also puffing offshore, too.

In fact, so good was the forecast for Dennis’ output that there was even some chat about holding off the Nazaré Tow until the following weekend.

That was always going to be a gamble, given how fickle the Nazaré actual is compared to Nazaré forecasted (“You pretty much just gotta show up and look on the day, it’s so random,” reckons G-Mac) and as it went, the call to run was very much vindicated on a dramatic day.

Both events are invitational, with winter season waiting periods and eclectic invitee lists from former CTers to some of the most prominent international freesurfers in the game.

Over the course of the week, from the historic drama of the Nazaré Tow Challenge, up to northern Spain and then back down to the Portuguese capital of Lisbon, the Atlantic served up some of the most epic competition conditions in memory. 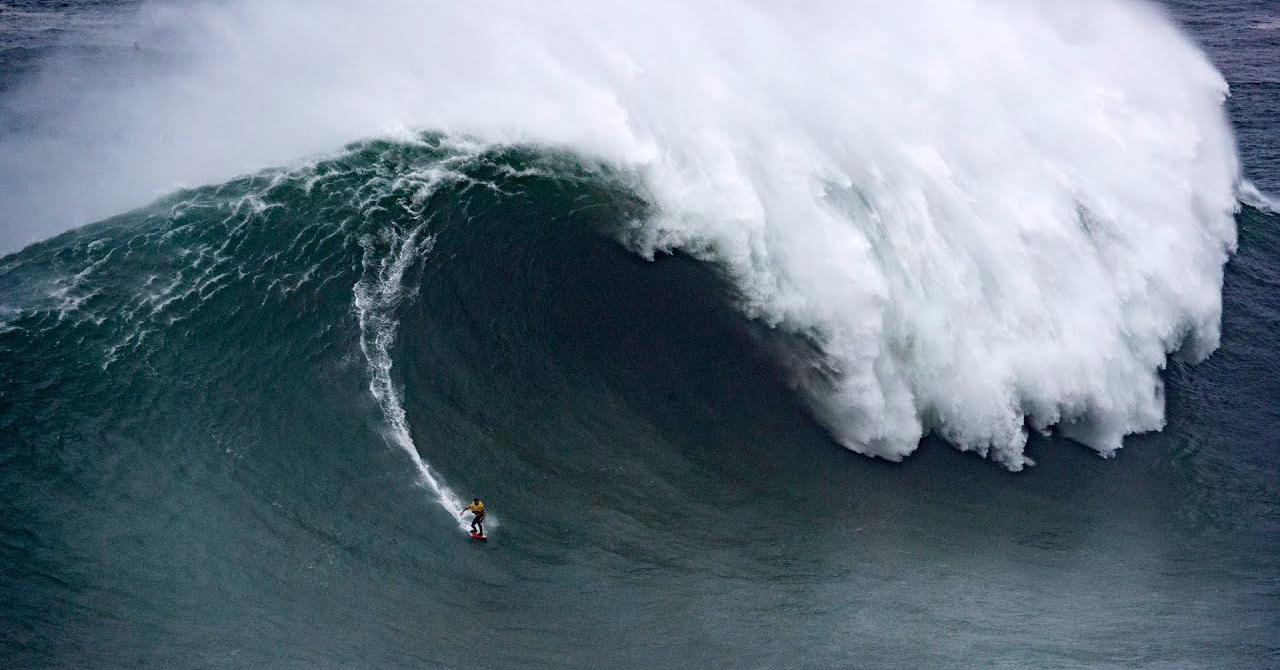 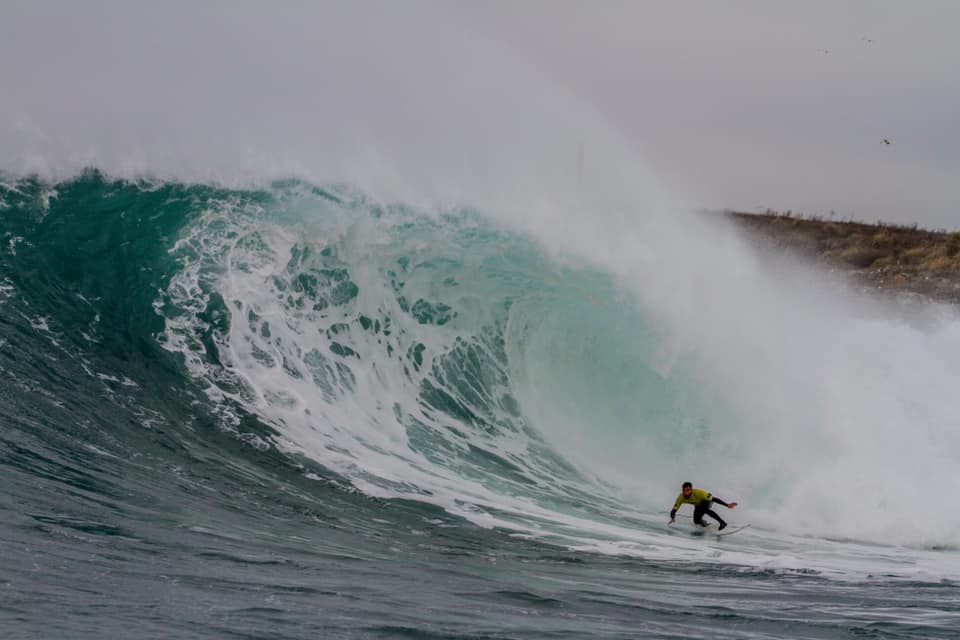 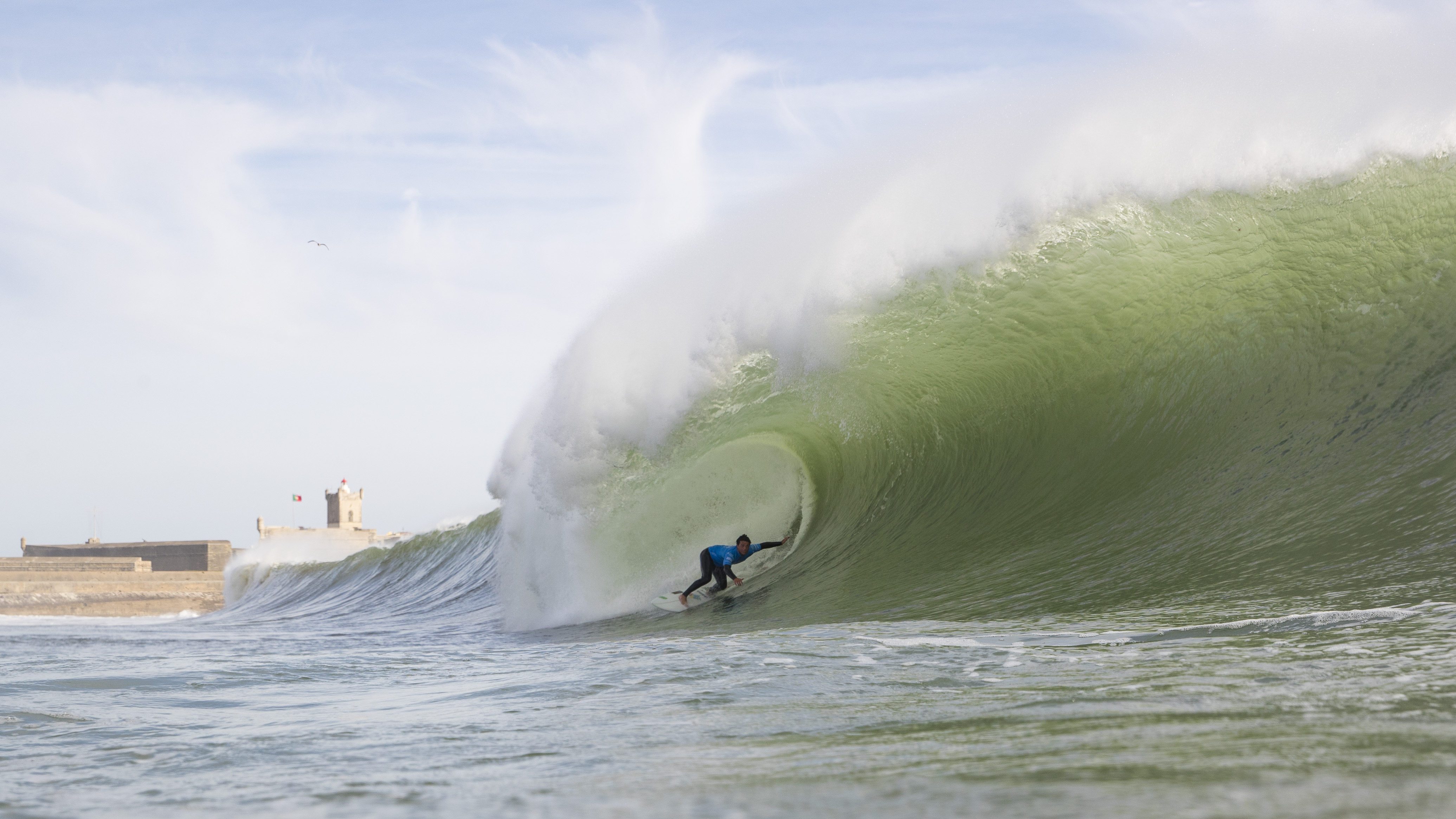 The Santa Marina Challenge was held in 10-12ft surf at the mysto Santander (about 150km west of Mundaka) righthander as the first pulses of Dennis’ NNW swell arrived in Iberia.

The notoriously fickle wave breaks next to an island near the city of Santander and needs the biggest of winter swells to fire to life.

Two days later and the full heft of Dennis’ swell was hitting Iberia’s west coast, lighting up Lisbon’s Carcavelos beachbreak – which many believe to be superior to Supertubos – and calling on the Perfect Chapter comp.

A prestige tuberiding event held at premiere Portuguese breaks like Supertubos and Nazaré in the past, the event returned to Carcavelos with an international invitee list including Anthony Walsh and Balaram Stack, as well as Portuguese standouts like Nic von Rupp. 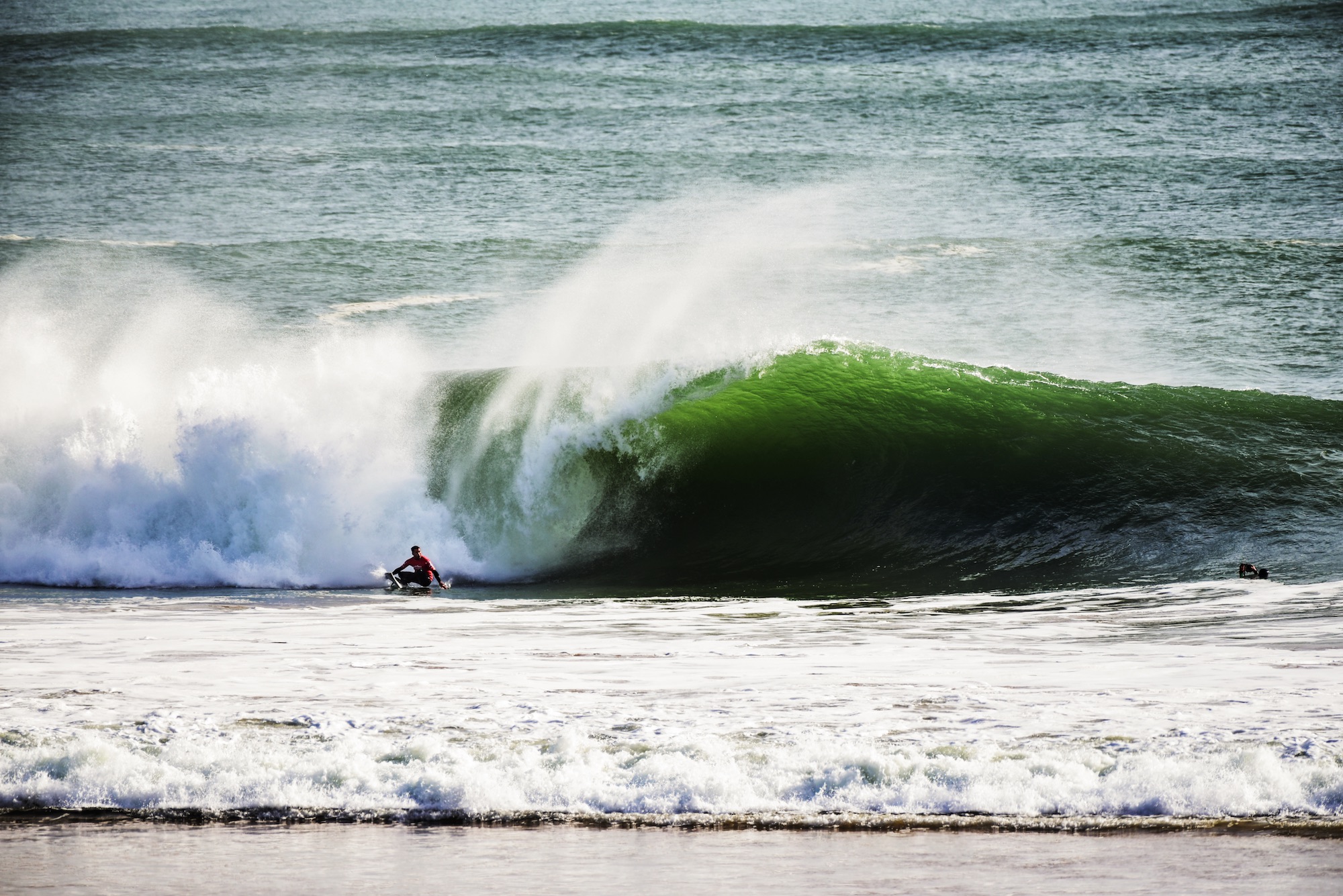 Walshy, who was a last-minute replacement to injured Willy Aliotti took out the win ahead of Nic von Rupp, Aritz Aranburu and Balaram Stack.