Home » Legends of the Sandbar

Legends of the Sandbar

Photographer Christopher Bickford has lived on the Outer Banks, a string of barrier islands off the coast of North Carolina, separating the Atlantic Ocean from the mainland, for over seventeen years and for the last decade has worked to capture the sights and the vibe of this small outpost on the Atlantic, one which has become mythical to many in the surfing community.

The open sea beaches of the Outer Banks, their national parks and shipwrecks make them a popular travel destination. Roanoke Island was the site of England’s first settlement in the New World, an endeavour sponsored by our very own landed gentleman Sir Walter Raleigh. In Legends of the Sandbar, Bickford has collated these evocative images, and paints a vivid picture of the day-to-day life of those who live there; from the parking lot crew, to the early-morning paddle-out, to the euphoria of glorious five-second rides on the perfect swell, and even the reluctant end-of-day exodus from the beach.

In between his images is the narrative which reveal the stories surrounding this legendary place. Bickford marks the history of the Outer Banks’ first human inhabitants and explores the myriad ecological challenges it faces today, sharing home-spun oral histories of life on the Banks.

Revelling in the strange sand formations, the dramatic cloudscapes and the rough-and-tumble culture of the island as much as it captures the big airs and deep barrel rides of a crew of working-class surf heroes, Legends of the Sandbar offers a powerful, poetic portrait of one of the top surfing destinations of the eastern United States.

To find out more head over to www.legendsofthesandbar.com 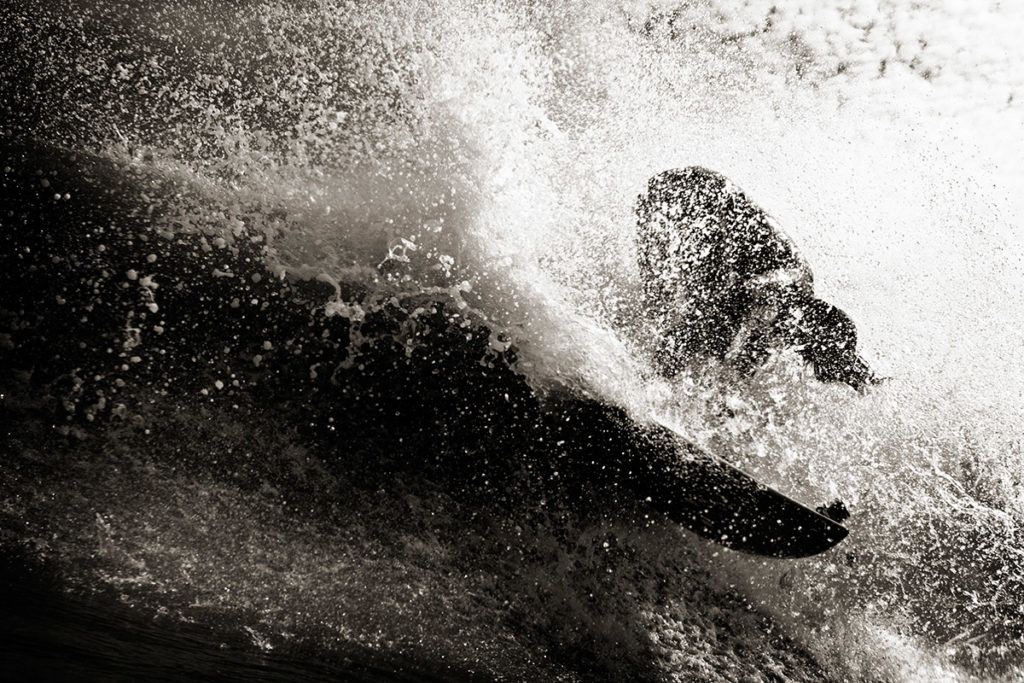 The Outer Banks mapped out: A string of islands that hugs the North Carolina coast