Trevor Gordon’s eyes narrow slightly, a quizzical look playing across his face. From somewhere near the back of the room, an enthusiastic audience member has just explained the premise of Radio 4’s Desert Island Discs, concluding his offering with the show’s final three questions; what album, book and luxury item would you take with you to a deserted island?

“Well, do you know where the island is?” Trevor inquires obligingly. When the audience member concedes that he does not, Trevor pauses for a moment to consider his options, before finally settling on a fishing pole for his luxury item and a guide to the area for his book.

It turns out the idea of being stuck on a desert island doesn’t hold the same air of romanticism when put to a practically minded seafarer as it does with Kirsty Young’s usual array of famous landlubbers. 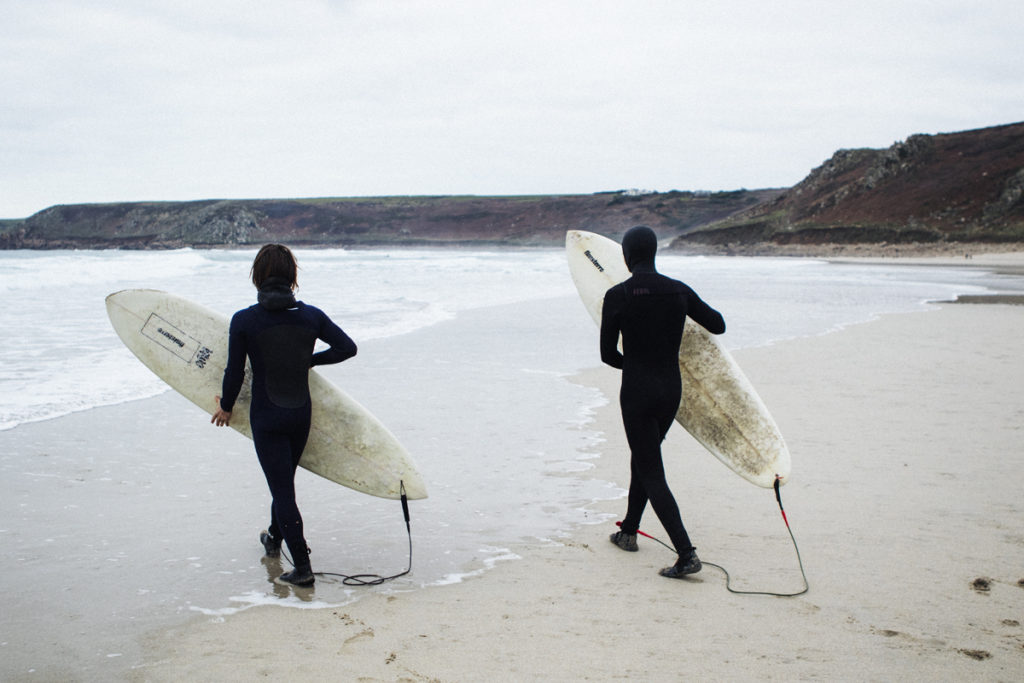 Next to Trevor sits Matt Smith, who opts for a Kayne West album and a copy of the Tao Te Ching–  a 6th-century text authored by Chinese diety Laozi, concerning subject matter which, according to Matt, many have tried and failed to decipher. And, for his luxury item? Some Ombars, because he just can’t get enough of them.

The pair have come together for an evening of conversation at Finisterre HQ in St Agnes, with a view to sharing stories of travel, sailing, surfing and farming and as it transpires, anything else that spontaneously takes their fancy.

For those unacquainted, let us introduce the duo. Trevor is a Californian surfer and liveaboard sailor, who spends his time building campers and boats and sliding stylishly along the waves around his home in Santa Barbara on a wide array of craft. Matt hails originally from St Ives and was part of the small crew of surfers who, back in 2012, founded Moy Hill Farm- where he currently resides. Between the harvests, the farm’s expansion and various community projects, he still finds time to charge some of the region’s world-renowned slabs. 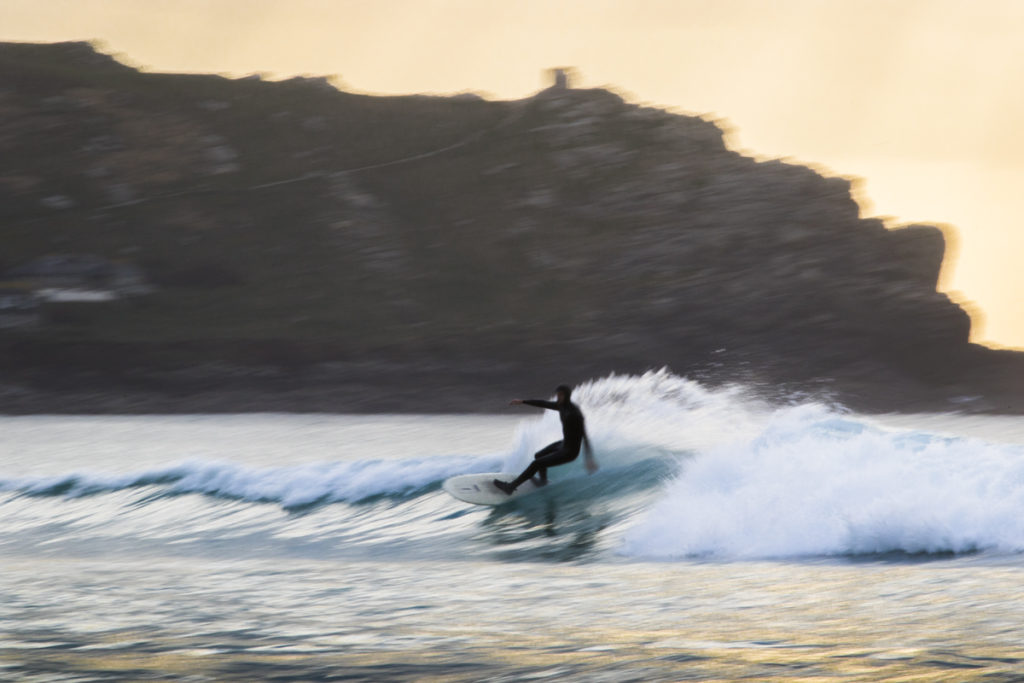 The pair had spent the day down in an idyllic corner of west Cornwall, where small glassy waves reeled off towards the cliffs and the low winter sun occasionally punctured the blanket of dull grey cloud, which Trevor claimed had barely lifted once during his several-week stint in our fair isles.

They’d dried off, grabbed a quick dinner and now here they were, sat on a pair of squeaky stalls in a packed room, ready to commence. Their conversation began with a discussion on fear. It wasn’t a pre-planned talking point, Matt explained, but rather a direct result of the upwelling of nerves he experienced when he first gazed out on the sea of listening faces. After a short period musing on the Beast of Bodmin, the pair began recounting their most enduring memories of visceral fear. 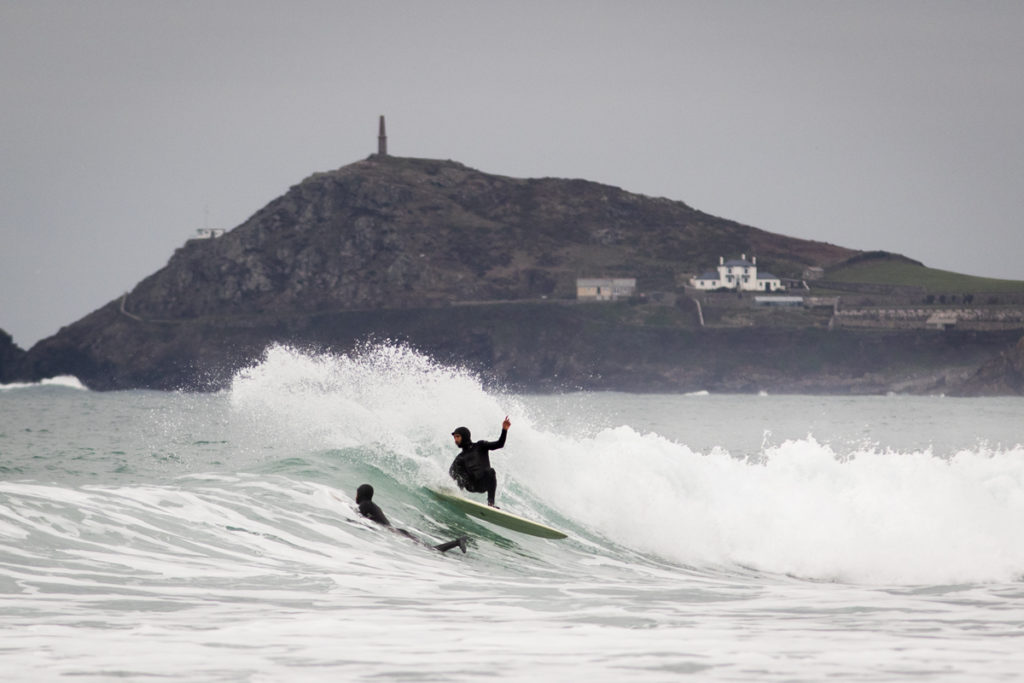 Trevor’s took place on a remote island on the border of Alaska, ducked behind a huge cedar tree, armed with nothing but a small can of bear spray, watching a large mother grizzly and her cub pad along the adjacent river bank. Matt’s tale told of a recent swell in Ireland, where he and a pack of around two dozen were caught inside scraping desperately for the horizon as a triple-overhead set loomed. In the end, only Matt and two others made it over. “Those two were screaming with joy,” he remembered “but I just felt all this fear coming up and I just roared. And then when it left me it was such a liberating experience, to think ‘that was fear’, and I don’t need it anymore.”

“I don’t think I’ve felt that” Trevor replied with a smile.

The pair did, however, share many affinities in other areas. Like Trevor, Matt had spent time at sea, crewing boats around the South Pacific and working on surf charters in the Maldives. And like Matt, Trevor works on a small independent farm, located just a couple of miles inland from Rincon, which he described as “a pasture raised, ‘be nice to the animal’s’ meat farm,” which unsurprisingly, are rather rare in the US. 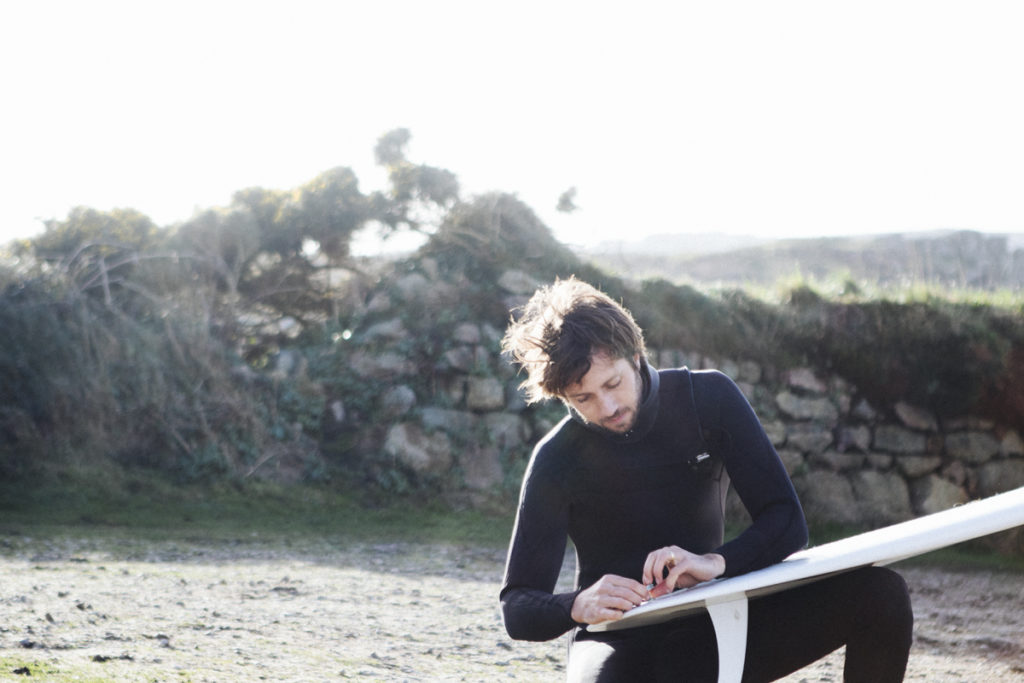 From there, they discussed food and life at sea, delving into Trevor’s current boat building endeavours and his aspirations to sail to Hawaii one day.

The conversation bore none of the super-polished and overly-earnest hallmarks of many live talks – but rather was defined by the sort of humour and self-awareness you might expect from two blokes in the pub, just having a chat about the things they’re into, after a long day in the brine.

Keep an eye out for the podcast, featuring the night’s conversation in full dropping soon. 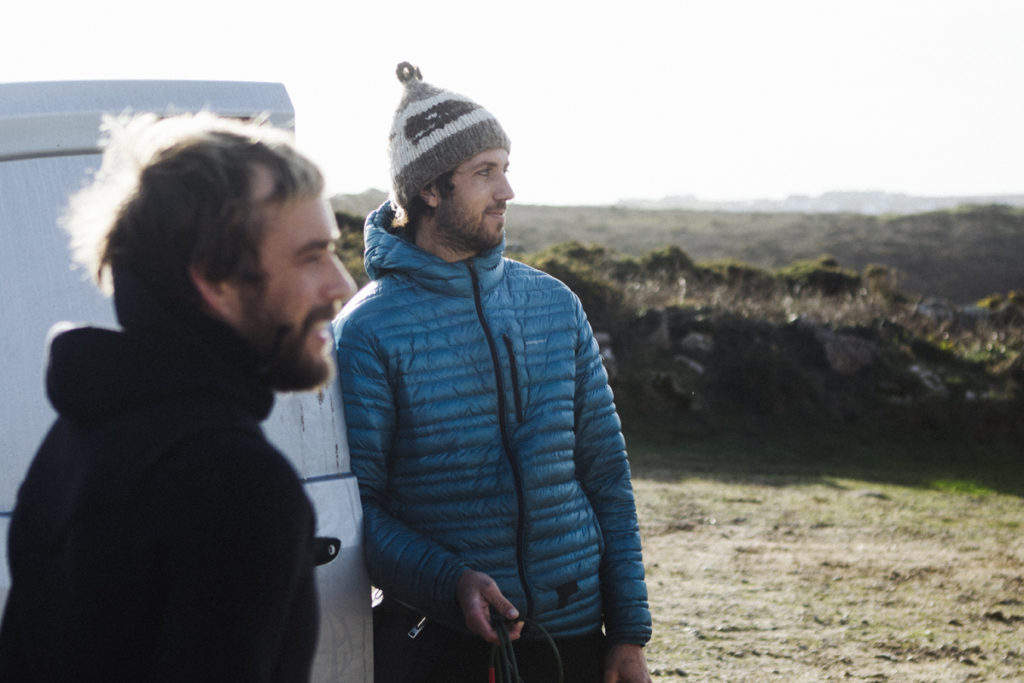 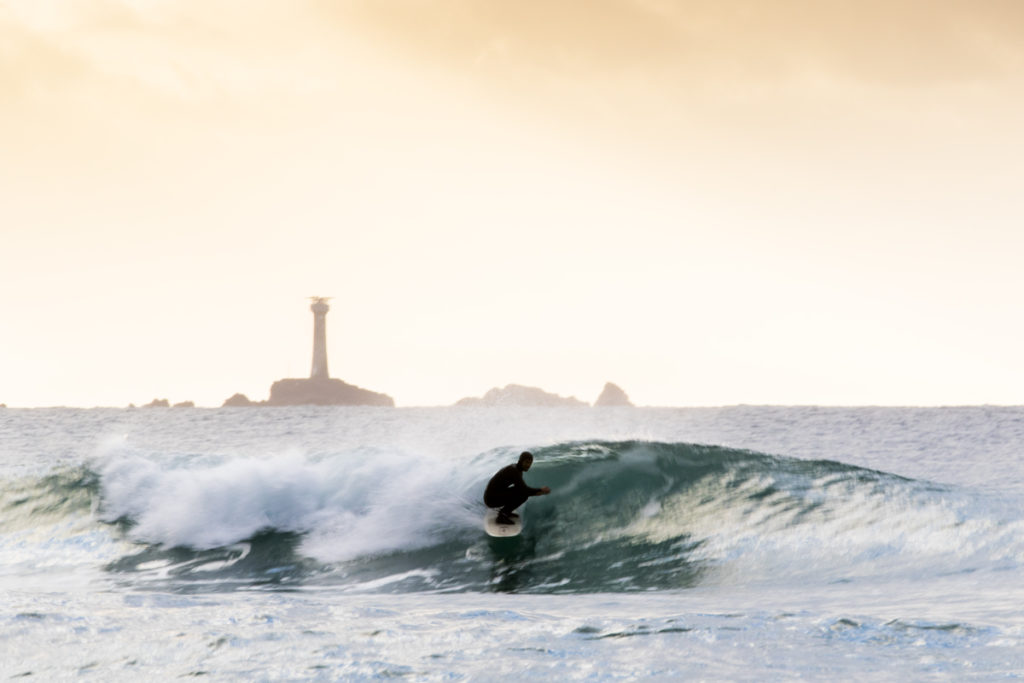 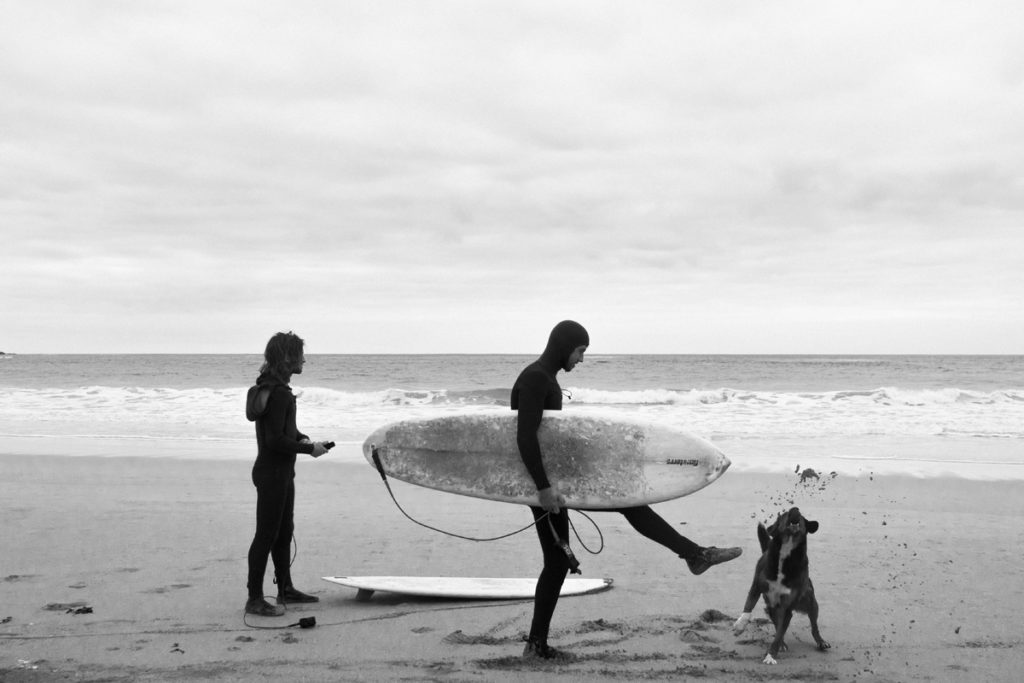 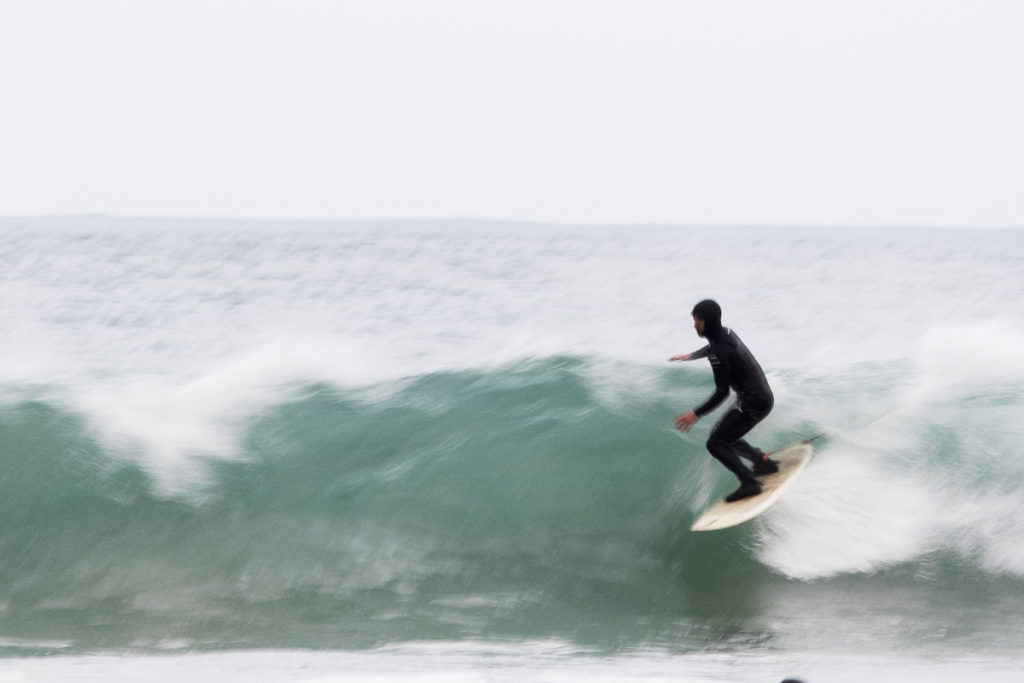 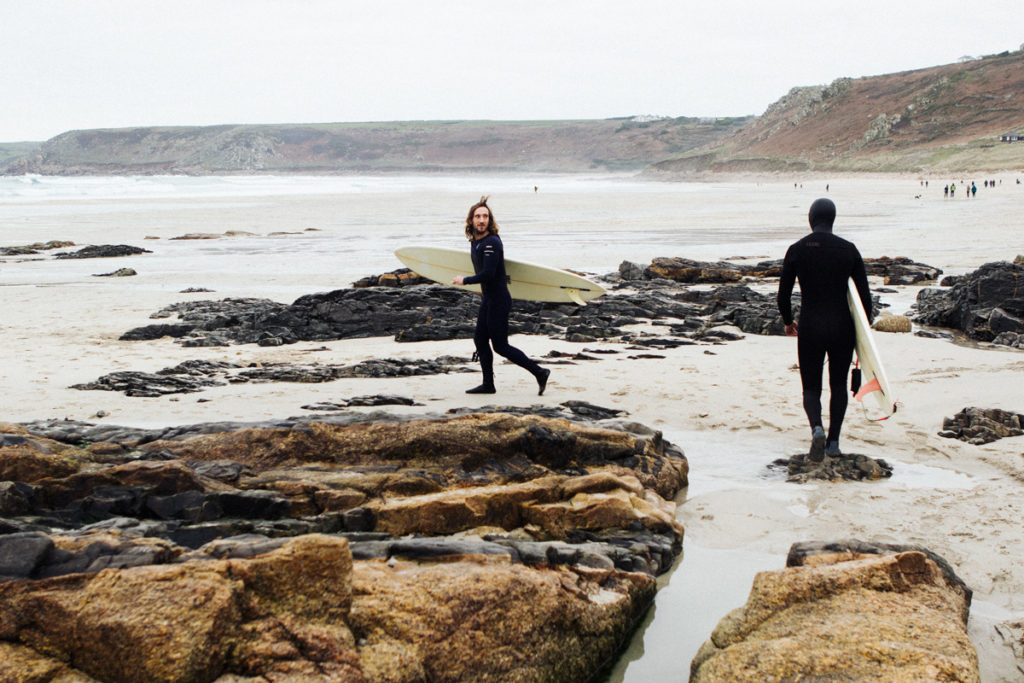 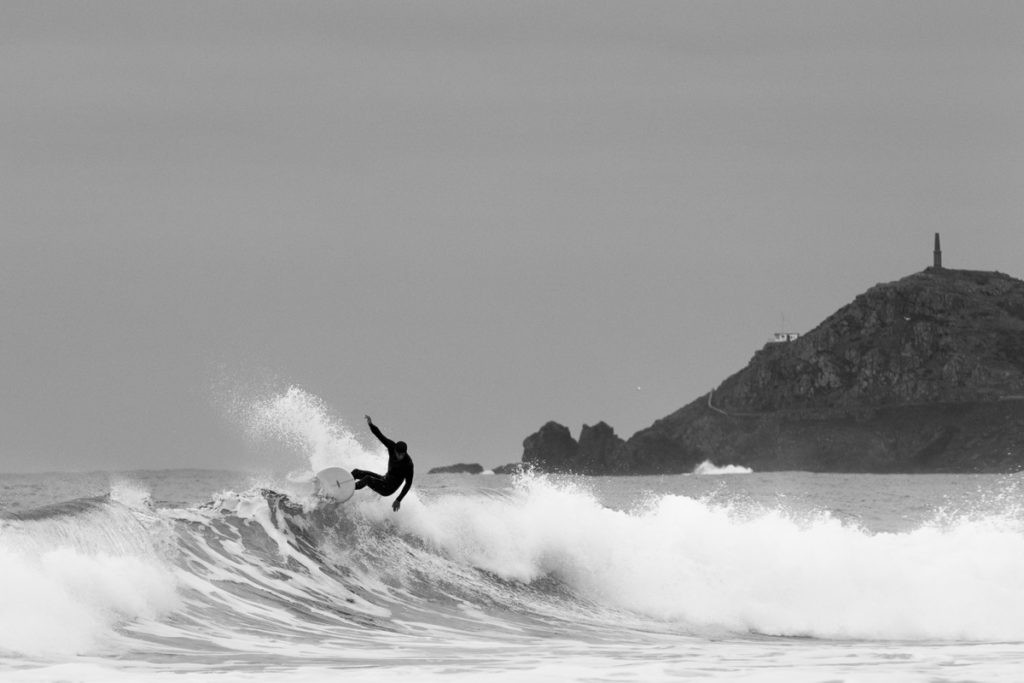