Local Hero; An Exhibition Challenging The Stigma Around Mental Health By Jon Mackenzie We collaborated with award winning Jon Mackenzie to put an exhibition of work designed to start discussions and challenge this stigma around mental health.

On Friday evening the Wavelength team and 200+ people had another opportunity to take cover from a horrendously wet summer’s evening. This time though we were not laying on a party after a cancelled festival, but collaborating with award-winning photographer Jon Mackenzie on his ‘Local Hero’ exhibition, hosted between Open Surf and The Canteen at Wheal Kitty Workshops in St Agnes.

The objective of the exhibition was to tackle the stigma around mental health and get people talking openly about the subject and there is no doubt that the evening achieved just that. 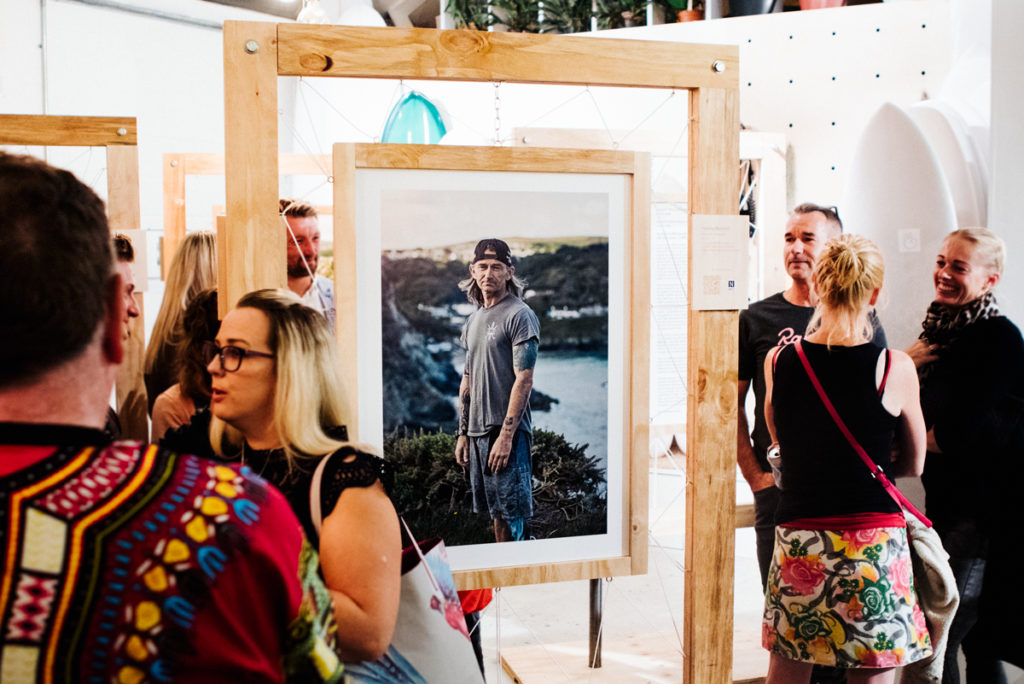 The event attracted a wide variety of people, including many from the local community who are fortunate enough to have benefitted from the positive impact that sea and surf can have on the mind. However, within the crowd there were also those who had travelled from far and wide to see the pictures and hear the inspiring stories. After some amazing food from Canteen Cornwall, everyone moved across to Open for some welcoming words from the project team.

We kicked off proceedings on the mic by thanking everyone for gathering around such an important and under-discussed topic. We explained how Wavelength had become involved in the project- and the campaign for improved mental health generally- as we understand the healing powers of surfing and hope to inspire more people to access and benefit from them. 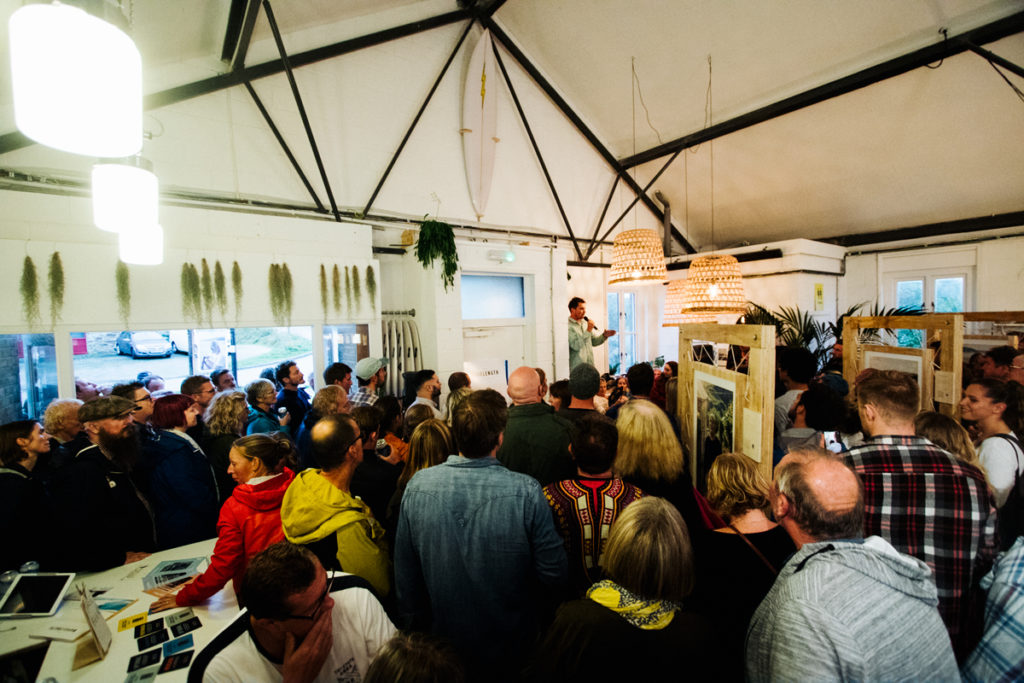 Steve Instance from the RNLI followed with some background insight into the organisation’s ‘Design Out Drowning’ campaign, explaining the origins of their collaboration with Jon and describing how projects like this have the potential to reduce coastal fatalities.

Steve then introduced Jon, who talked frankly about his work and the bravery and courage of the people who featured. He explained that the name ‘Local Hero’ was not based on his favourite film, but rather the fact all the portrait’s subjects were known locally in Cornwall for their community input and achievements. They were heroic in that they were not only willing to open up about mental health, but also share their stories to help others.

As Jon brought his speech to a close, he was met with thunderous applause, with whoops and hollers from the crowd – who commended him not only his work, but also the message he was sharing.

Following these inspiring words, people mingled over a beer (thanks to Sharps) with conversations about mental health a plenty. The message shining through on the night and within all the stories from the subjects was that ‘problems become smaller and solvable if they are spoken about’. Men don’t talk half as much as we should and it’s time to recognise that.

If you were not able to join us on the night you are in luck.

Following on from this event, Jon is launching the CALM Camera Club. To find out more about this follow @CalmCameraClub on instagram. 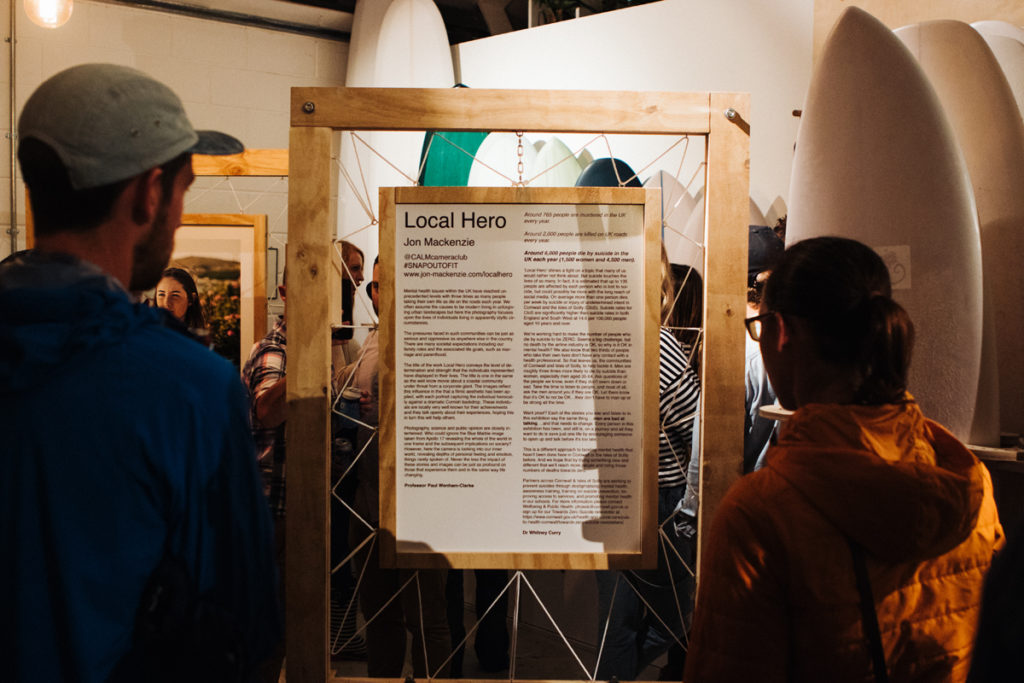 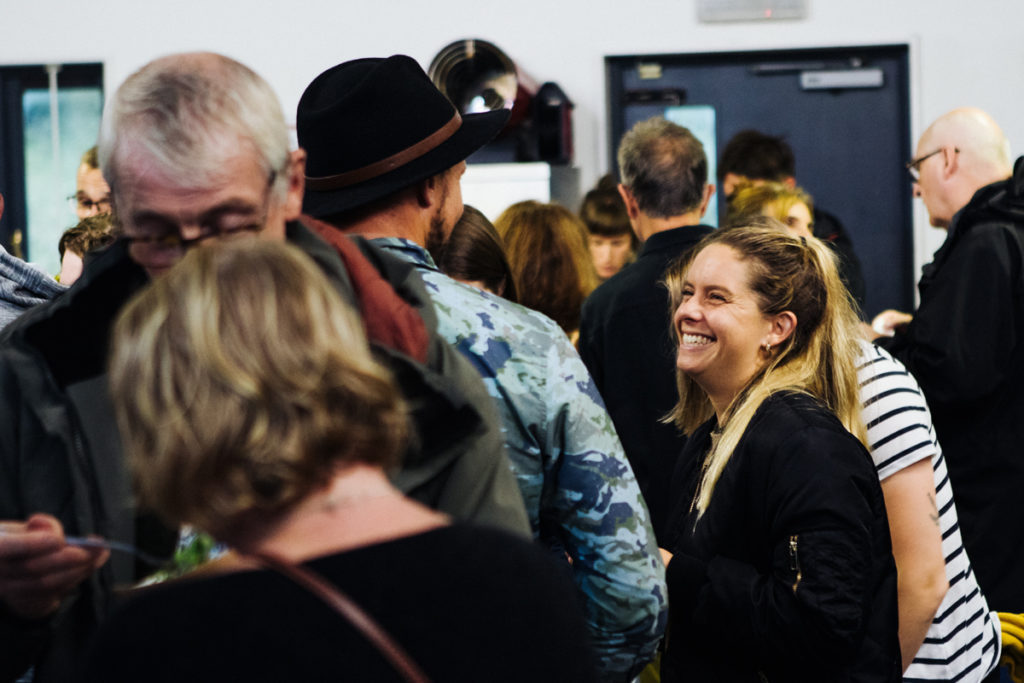 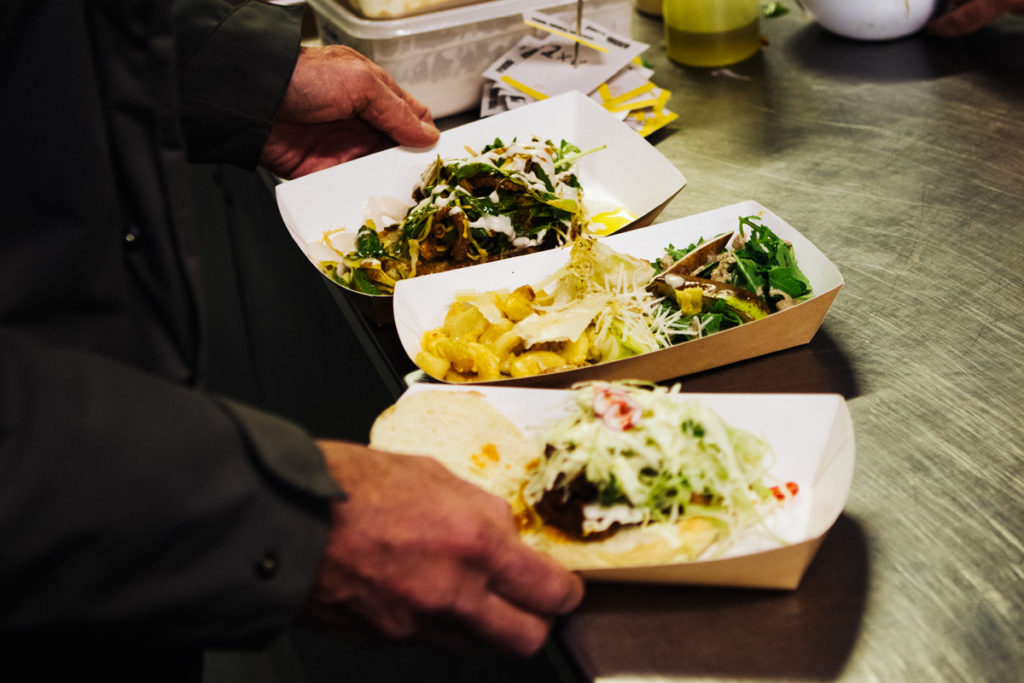 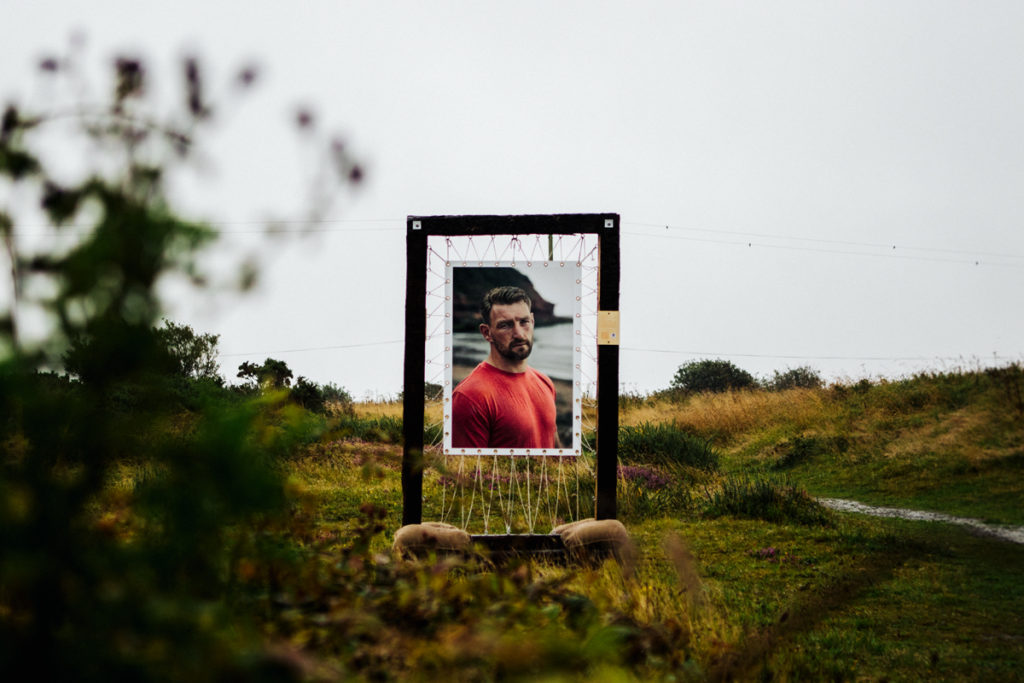 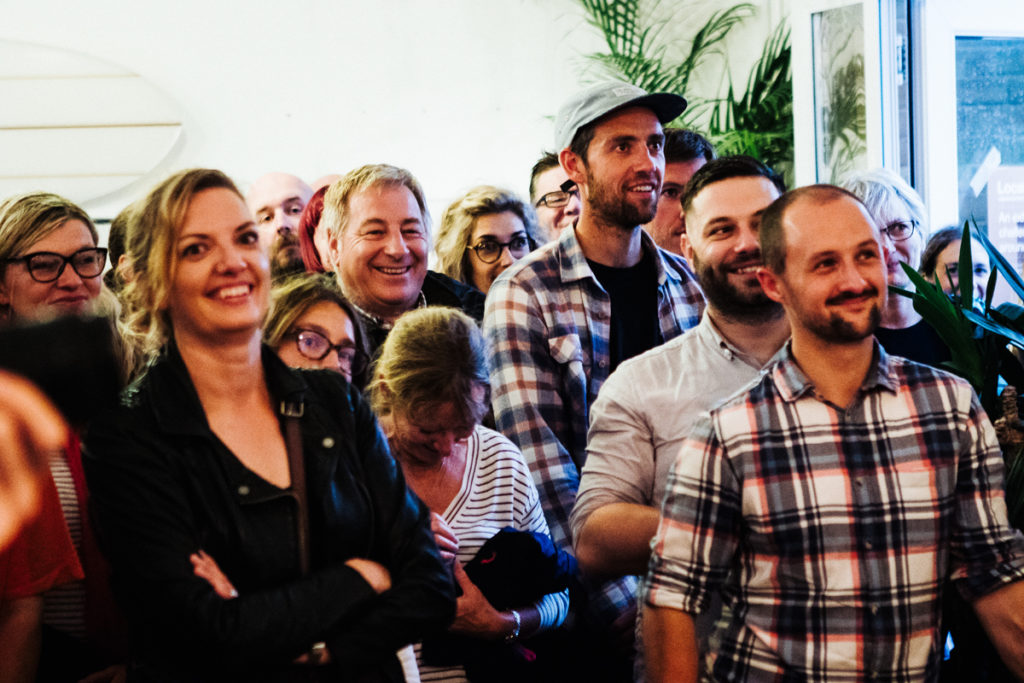 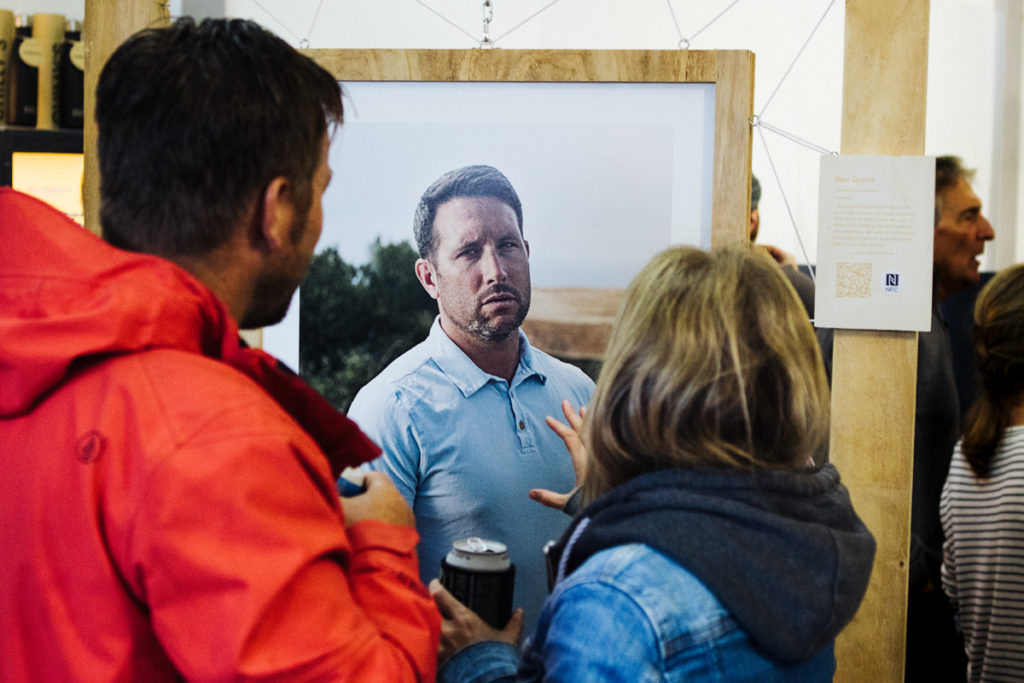 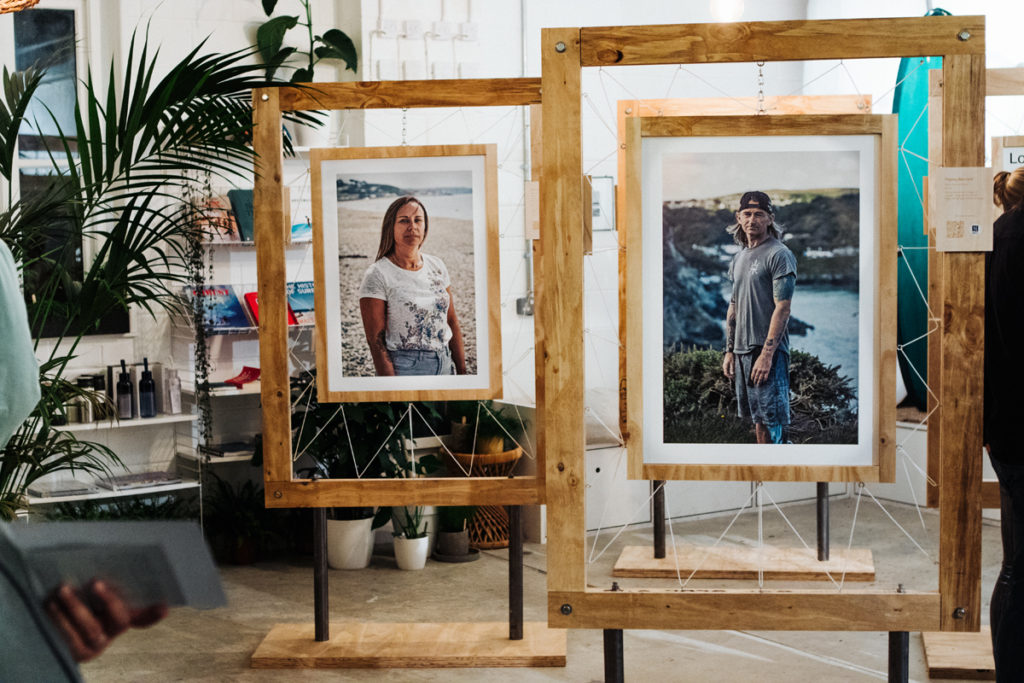 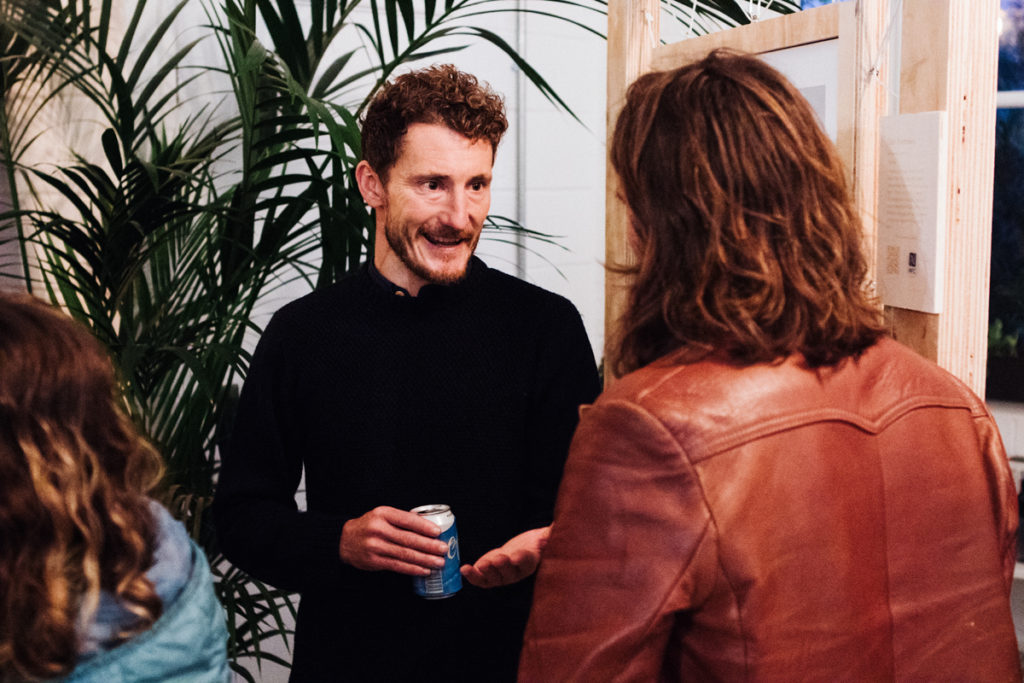 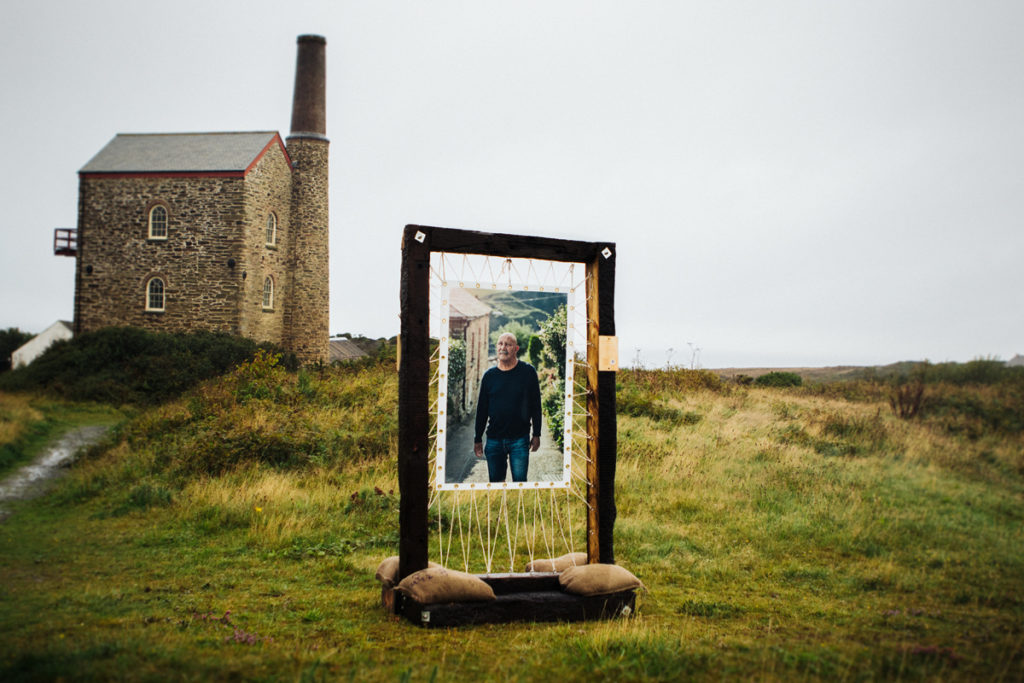 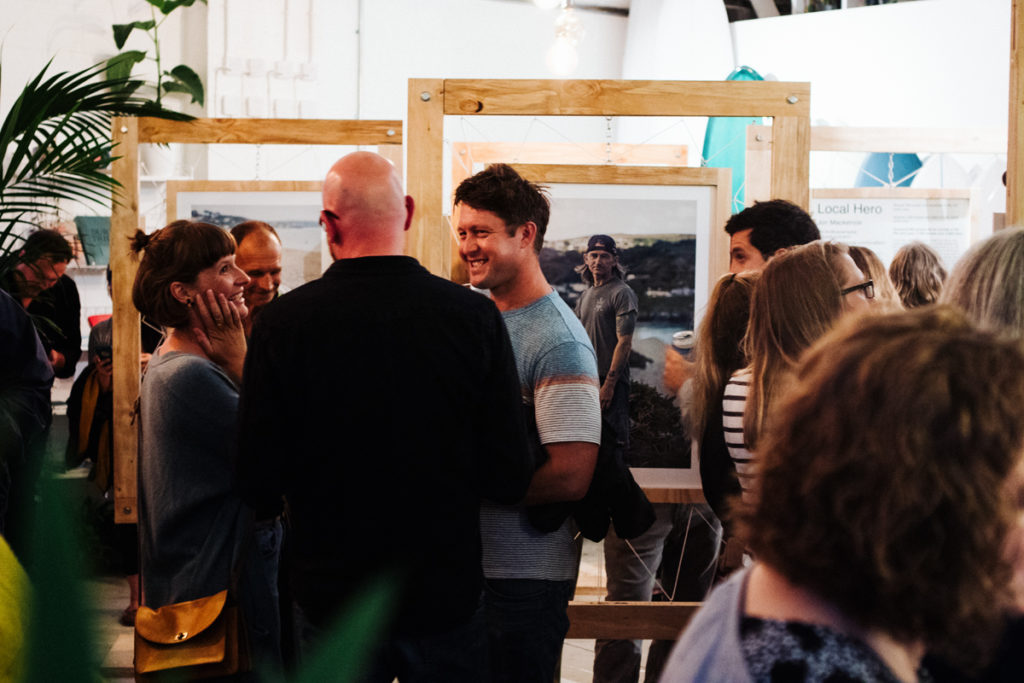 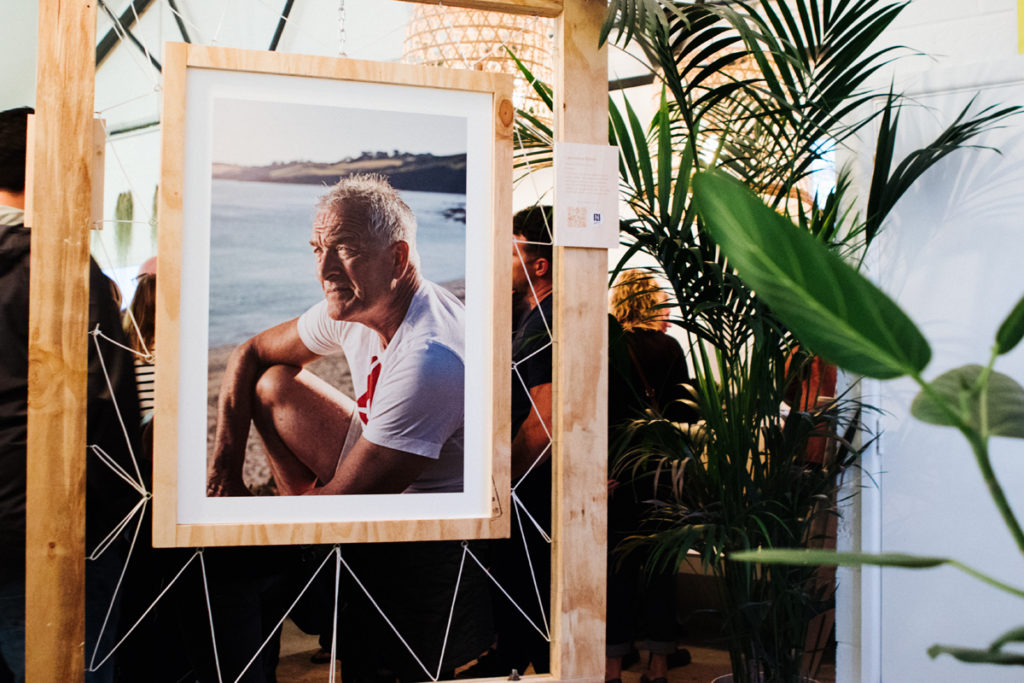 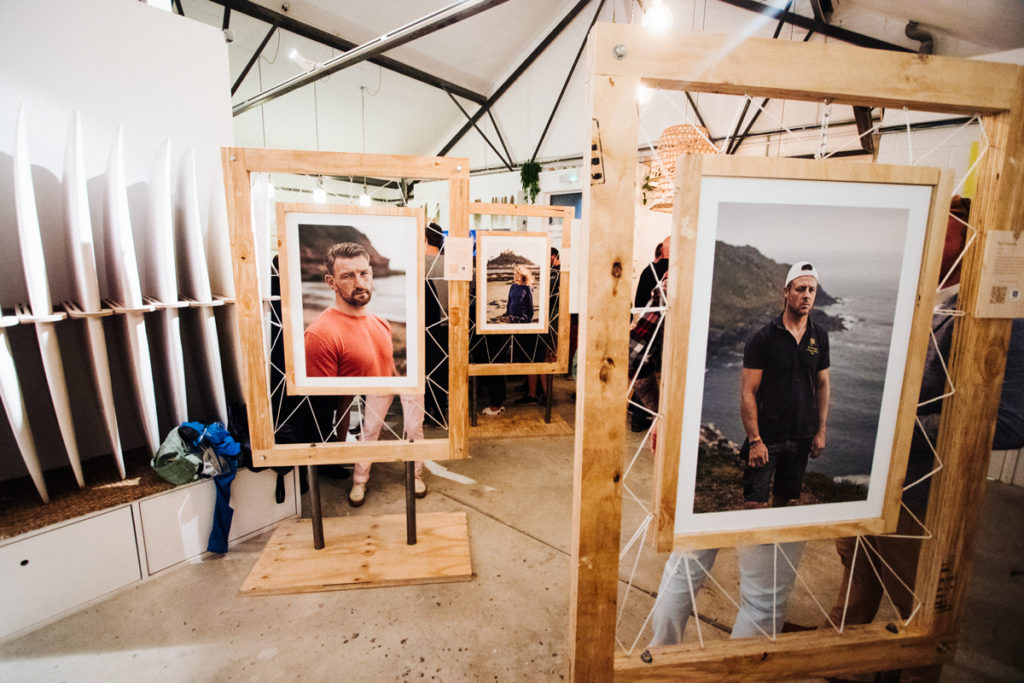 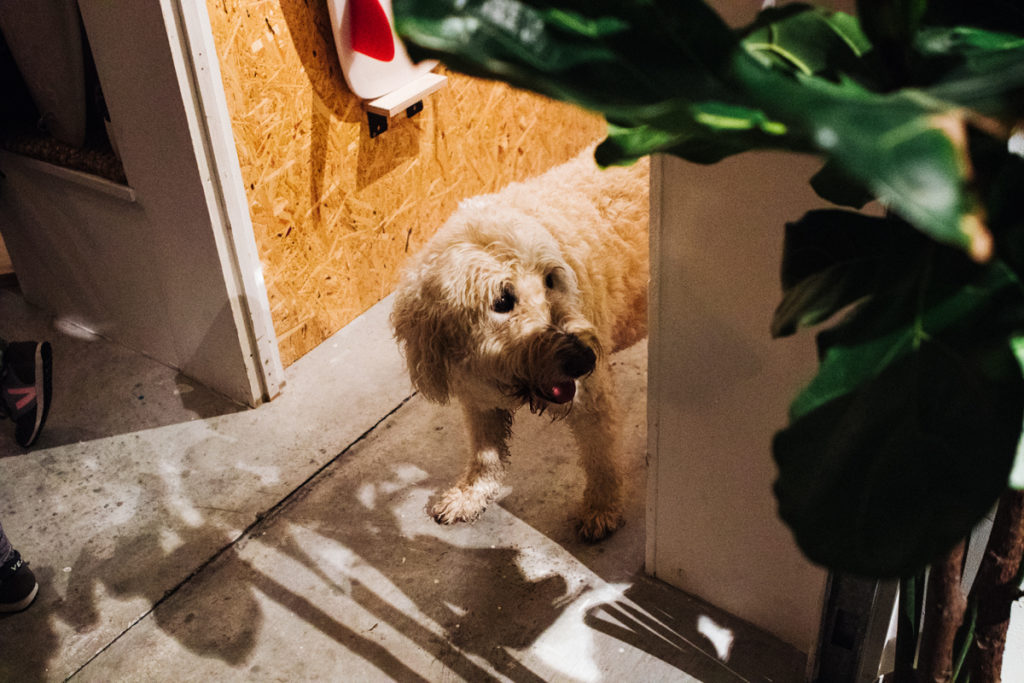