We Spoke To The Local Surfers Who Rushed To Rescue Three Drowning Men At Crantock Beach We spoke to two of the surfers who rushed to rescue three men caught in a rip at Crantock earlier this week to find out how we can all help to prevent horrible incidents like this occurring at our local beaches.

On Tuesday this week, we heard the tragic news that one man had drowned and two others were admitted to hospital after they were caught in a rip at Crantock beach, just south of Newquay.

Yesterday Oneil Din, 27,known as Kenny to his friends, from Coventry was named as the man who lost his life. Heartfelt tributes have been pouring in for Mr Din, who was a well-respected and loved pillar of his community.  We’d like to extend our deepest sympathies to his family and all who knew him.

After many news outlets reported that a pair of local surfers had been instrumental in the rescue effort, we decided to contact them to find out more about the how the events unfolded, and attempt to deduce what we as a surf community can do to prevent incidents such as these occurring at our local beaches in the future.

When we contacted the pair, Robbie Brady and Austin Fairley, were quick to to point out that they were in fact just two of a group of five who paddled over to help the stranded swimmers.

“I was so surprised when we got out there at how much of a bad situation they were already in,” explains Austin “you know because you quite often see a kid caught in a rip, and he’s panicking, and you can calm him down, but they were past that stage.”

At about twenty past seven on Tuesday evening, after a few hours of messing around in the knee high surf with their girlfriends, Austin and Robbie were about to call it a day.

As they were about to paddle in, they noticed a man, later named as Newquay local Leigh Hallam, beckoning from the cliff.

“We were about 40m across from the rocks at the north end of Crantock, because there’s not really a wave right in the corner at the moment, just a rip where the river flows out” Robbie explained, “and the waves were really tiny.”

“We were about to go in,” continued Austin “when we saw a guy up on the cliff pointing and it looked like he was signalling to some people, but we couldn’t see anyone.”

“You know that that rips there, and quite often people get stuck in it,” he continued “so we decided to paddle over that way to have a quick look.

I was thinking that we were going to get about twenty metres over there, see that someone was fine and turn around and come back.  But as we got closer, we saw two noses sticking out the water” 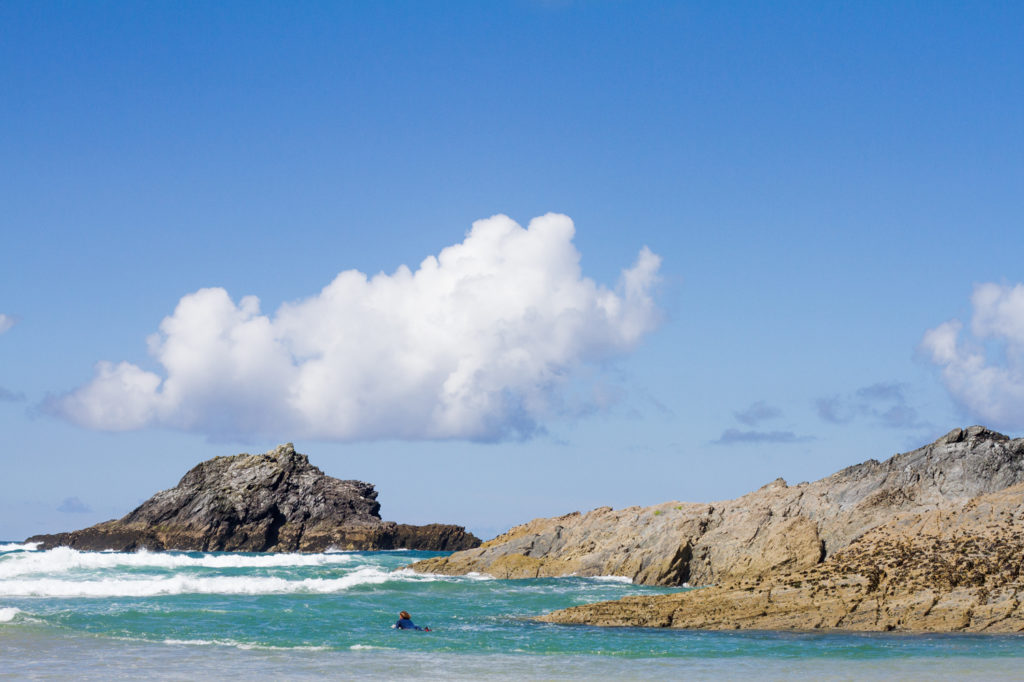 “The mad thing is that we play in that rip all the time, we use it get out the back, you kind of forget what it’s got the power to do” -Robbie Brady. Photo Luke Gartside

As they reached the group, they found two young men floating face up, with one holding on to another man, who was submerged. Two other surfers and a paddle boarder who had also noticed something was amiss arrived at the scene, and the group immediately set about pulling the men onto their boards.

Up on the cliff, Mr Hallam was calling the emergency services, and a few miles away a helicopter and two coastguard boats were preparing to be scrambled.

“I was so surprised when we got out there at how much of a bad situation they were already in,” explains Austin “you know because you quite often see a kid caught in a rip, and he’s panicking, and you can calm him down, but they were past that stage.”

“I just grabbed the first guy I got to and put him on my board” he continues “it took me a little while to paddle across out of the rip and then in to the beach.”

As he reached the shore break, Austin called to some walkers on the beach, who ran into the shallows in their clothes to help haul the man up the beach. “I was asking him a load of questions, and luckily he was awake, and breathing, and he could move his eyes and his mouth.”

Meanwhile Robbie and two other surfers had pulled the submerged man onto one of their boards and were paddling him hurriedly back to shore. The man was unconscious and not breathing when they picked him up, so Robbie, Austin, and a passing dog walker, began CPR as soon as they arrived on the sand. 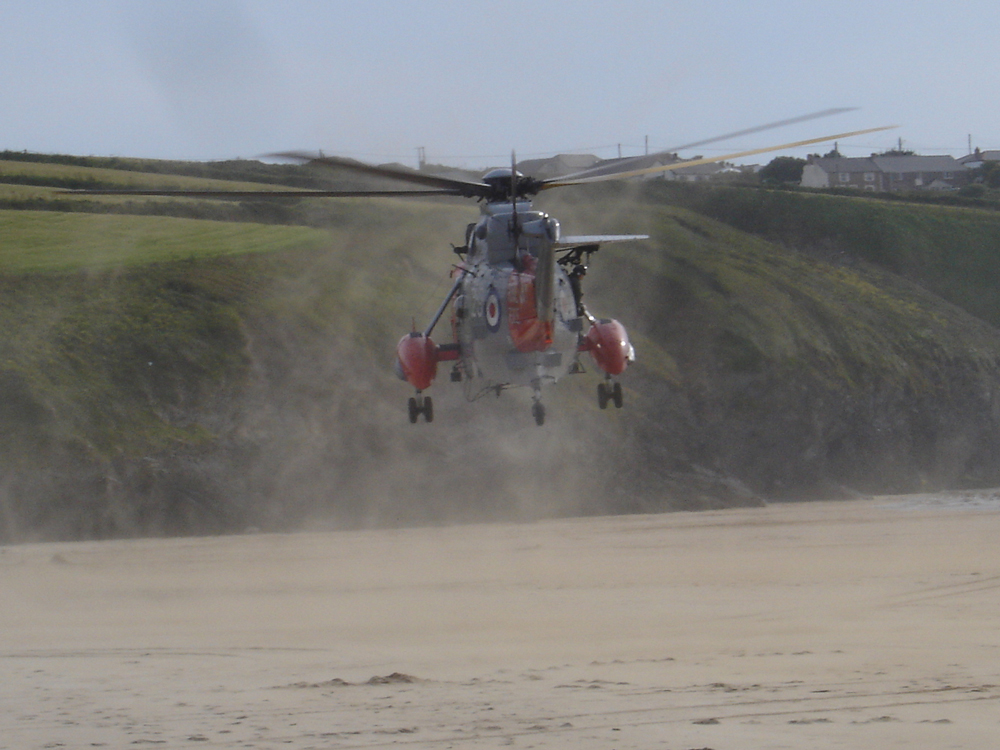 “I’ve done a few lifeguard courses for my surf instructor training and we do basic life support every year at work,” Robbie said when asked how he knew what to do. “It’s surprising how much you remember when you need it” he added.

A few moments later the stand up paddle boarder arrived back at the beach with the third man, and a helicopter appeared overhead.

“It was such a short time from matey calling the coastguard and the helicopter landing on the beach,” recounts Robbie, “It was mental, I wasn’t even looking out for a helicopter, I thought it would be a truck, and then it just appeared.”

“A guy jumped out, told us to do 30 more compressions and then run the casualties to the helicopter.”

Despite the continued resuscitation efforts of the Coastguard Helicopter Rescue crew, as they flew the trio to Royal Cornwall Hospital, Mr Din was sadly pronounced deceased soon after. The other two men are reportedly still recovering in the hospital, and are not believed to be seriously injured.

“I think the most important thing from the whole thing is that it seems so safe, but actually it’s not” Robbie reflected when asked what people should take away from the terrible incident. “The next day I read an online article about it and it said the swimmers were plucked from stormy seas, and below there was an image of Crantock looking stormy. They’ve got this desire to sensationalise the whole thing, but by doing that, they lull everyone into this false sense of security- because really it was this beautiful sunny day and the waves were tiny, but it’s still dangerous.”

The tragic events of Tuesday remind us of how important it is to always keep a look out for swimmers in distress when out surfing, particularly at this time of year and outside of life-guarding hours. No matter how small the waves are and no matter how safe the beach seems, there are hazards experienced surfers may not even perceive.  You never know when being vigilant, and having basic first aid knowledge, could end up saving someone’s life.

We’d like to echo Robby and Austin’s praise of the emergency services, including the RLNI, The Newquay Coastguard and all of the members of the public who help out during incidents such as these. Without these folk we would be telling horrible stories such as this one far more often.