While most of us were preparing for the annual festival of gastric distress we all call Christmas, Wavelength's own post-grom paparazzi, Luke Gartside, was getting a stomach full of the UK's best teenage surfing talent on a hormone trip fuelled trip to Peniche.

Peniche is a funny little place, with its staring locals, brightly coloured houses, and a stench of fish which wafts gently on the afternoon breeze. However, it also boasts several miles of wave drenched coastline which, with the expert guidance of our hosts at Peniche Surf Lodge, the groms managed to take full advantage of. Over the course of the week, we scored a great variety of waves, with the sun blazing, and almost no crowd to speak of.

It wasn’t all that long ago that I was a teenager myself. Accordingly, I am not yet sufficiently jaded by adulthood that hanging out with young guns fills me with a longing nostalgia for a simpler time when I too conversed about how much armpit hair each of my friends had. I do, however, feel far enough removed from gromhood that during my time with them I was able to learn a thing or two about the ways of the youth today and their fresh-eyed perspective on British surfing.

So without further ado, here are five things I discovered and mused upon whilst hanging out with the British surfers of tomorrow. Every day started with a drive along the coast in search of a good bank. Here the boys survey one of many throwing up perfect peelers.

1: Despite all those online videos which, in a desperate attempt at profound social commentary, proclaim that younger generations’ attachment to their phones and social media is leading to a total loss of face-to-face interaction, the kids are still very much chatting. In fact, rather than a dumbing-down of real life communication, smartphones seem to have added a whole new layer to the way in which teenagers communicate.

On any given topic (it’s mostly surfing or girls), they would whip up an image on Instagram, or a clip on Youtube,and hold it up for the group to illustrate their point – “John John rips”, “Isn’t she fit”, etc. – adding a whole new visual dimension to their conversations. In doing so, modern day teenagers have spontaneously done exactly what men in suits in stuffy boardrooms have been trying unsuccessfully to achieve with PowerPoint for years and they’ve found a way of doing it without making everyone in the room immediately switch off.

2: Obsessive healthy eating is as big of a trend as its ever been, and indeed it holds strong advocacy within elite level surfing (Slater lives for Chia seeds). However, it turns out quinoa, kale and all their superfood pal’s are yet to permeate the diet of healthy eating’s most resistant demographic: teenage boys. Over the course of the week, I witnessed Will delving deep into a layer of condiment so as to retrieve a tiny slither of cucumber from within his sandwich, and Jo ordering a Maccie’s burger without the lettuce, much to the confusion of the Portuguese girl on the till. This is Max Spicer who, despite living in Brighton, has developed an amazing competency in backhand barrels. Here he puts it to the test in a Portuguese grinder.

3: It turns out, if you give a group of teenagers the ammo to mercilessly mock you, they will. Jobe made the mistake of telling the group earlier on in the trip that during the formative part of his career as a pro surfer, each time he would appear in a UK mag, he would be named Joe Parish. The kids really took this little nugget of ridiculing gold and ran with it. By the end of the week, it seemed Jobe couldn’t take off on a wave or emerge from the bathroom without one of the kids crying out, “Oh my God, look over there, it’s UK pro surfer Joe Parish!”

4: The surf industry and it’s demands upon sponsored surfers can make it a confusing and intimidating place for those young guns trying to navigate the first steps of the ladder. Particularly so in Britain, where the highest earners, or those with the most exposure aren’t always the ones with the most surfing talent. The groms are learning that it’s not as simple as surfing well; to be a pro surfer now, you need to be a model, digital marketing whizz, PR expert, and of course be able to define your unique selling point. Luckily however, UK Pro Surfer  Jobe Harriss was on hand with some tips. My favourite of which was: “If you get a reputation as a person who helps tidy up and does the washing up, brands are more likely to want to take you on trips”‘, advice which was thoroughly heeded by the groms, to the point I barely had to lift a finger all week. 5: It’s a confusing time for a grom to be deciding what type of surfer they want to be. Further to the free surfer/comp surfer career divide, there is currently a great schism within competition surfers, with half of the best guys in the world being aerial specialists and the other half whose boards scarcely leave the wave. These kids of course are well aware of this, and as well as watching pro surfers and trying to develop their own surfing accordingly, they are also constantly receiving feedback, from judges, coaches, and their mates.

For me, the best thing about being part of a trip like this, where the kids were there just to push their surfing and get the shot, was that the only advice I had to give them was to do whatever they found the most fun – whether it be big punts, or hunting for the barrel – because (and its a bloody cliché) whether you’re 14 and sponsored, or 40 and going straight in the white wash, that really is what it’s supposed to be about. 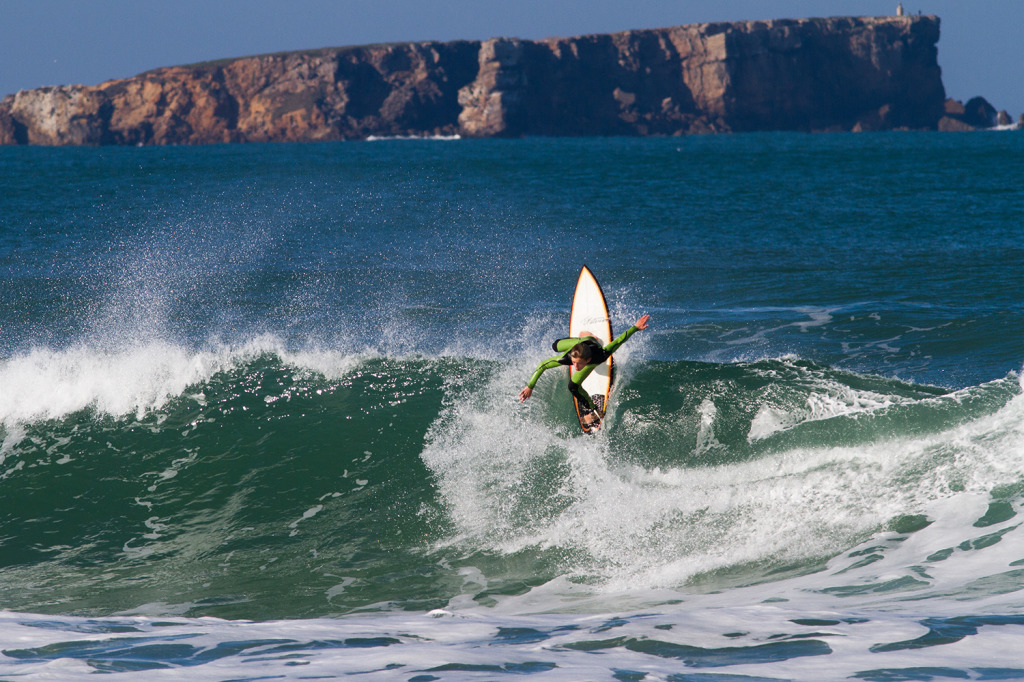