The MR PRICE PRO kicked off today in Ballito, South Africa. The second PRIME rated event on the ASP Qualification Series is open to the top 96 ranked surfers in the world and Round 1 kicked off in great winter conditions, with light offshores and head high swell hitting the predominantly righthand sandbanks. Brazillian surfers such as Filipe Toledo, Wiggoly Dantas and Alejo Muniz looked very comfortable advancing and a busy day of action allowed for the bulk of the first round to be completed. Hawaiian Torrey Meister pulled the move of the day, earning an 8.83 for a huge tail high reverse that jumped him into an advancing position. Nic Von Rupp (Portugal) summed up the vibe amongst the competitors on day 1 of a PRIME event.  “I didn’t have a great heat but still managed to get through. It was a low scoring heat and really that Round 1 is just one you want to get out of the way and put under the carpet. The most important thing is just to make the heat” 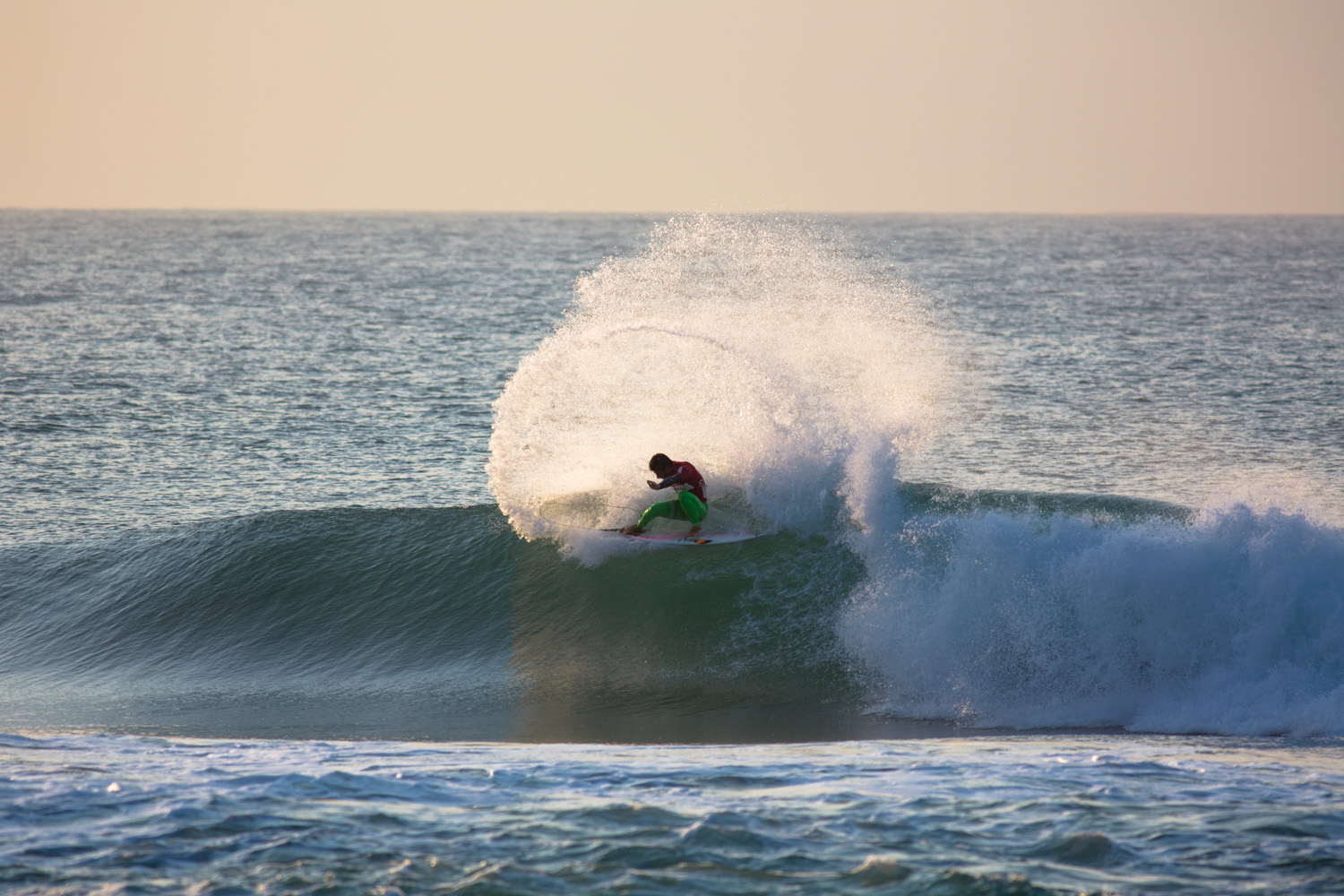 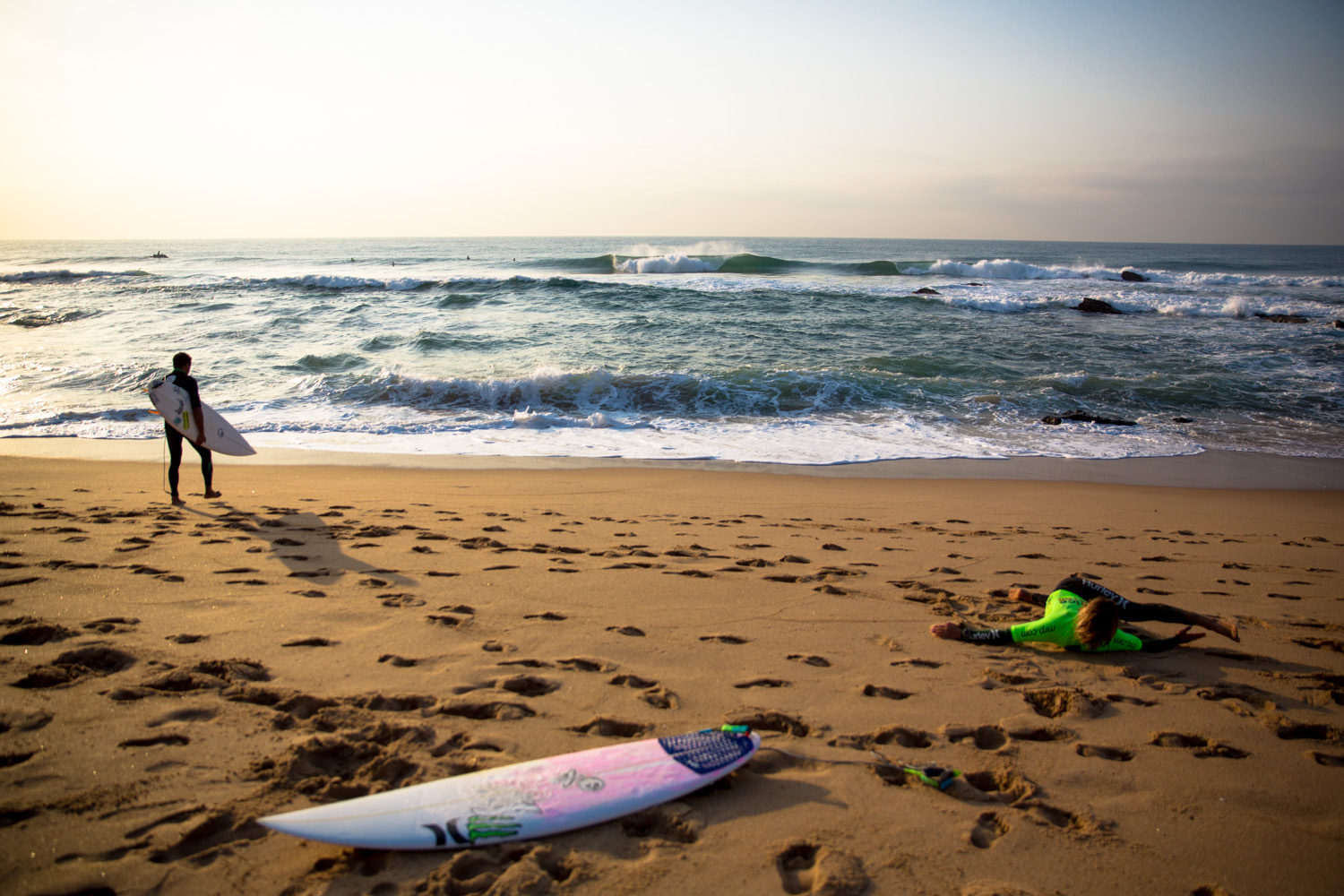 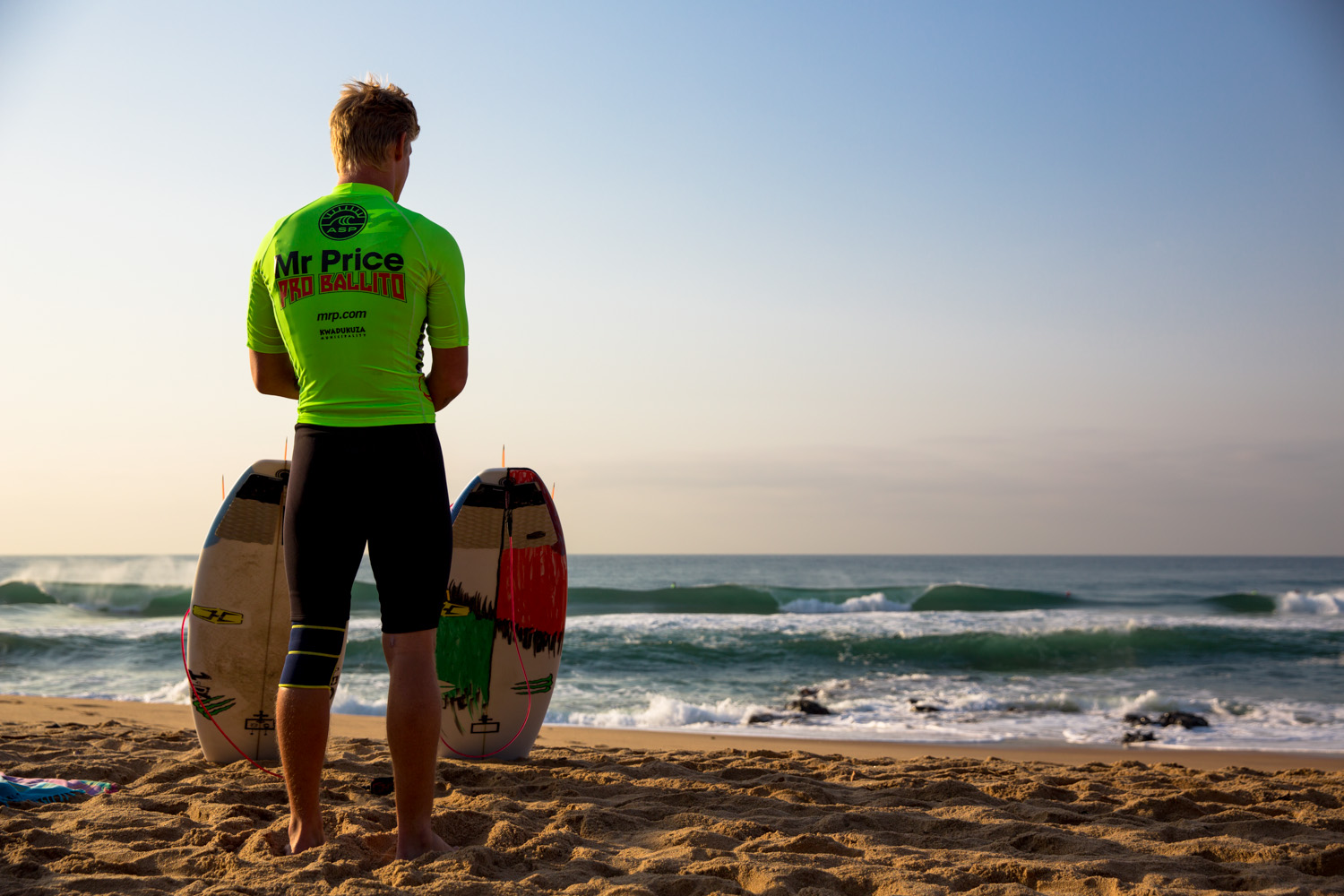 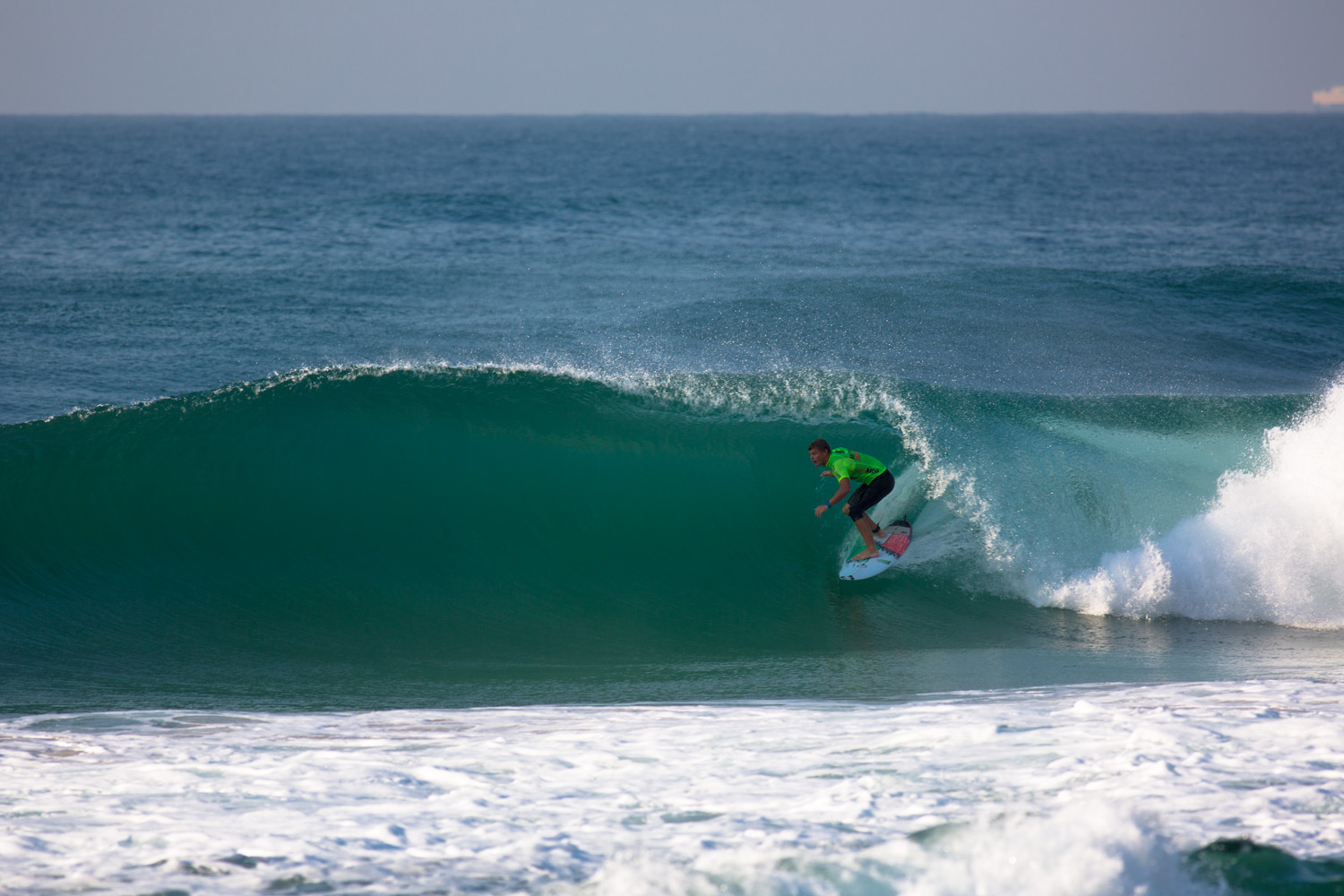 Dale Staples in the slot 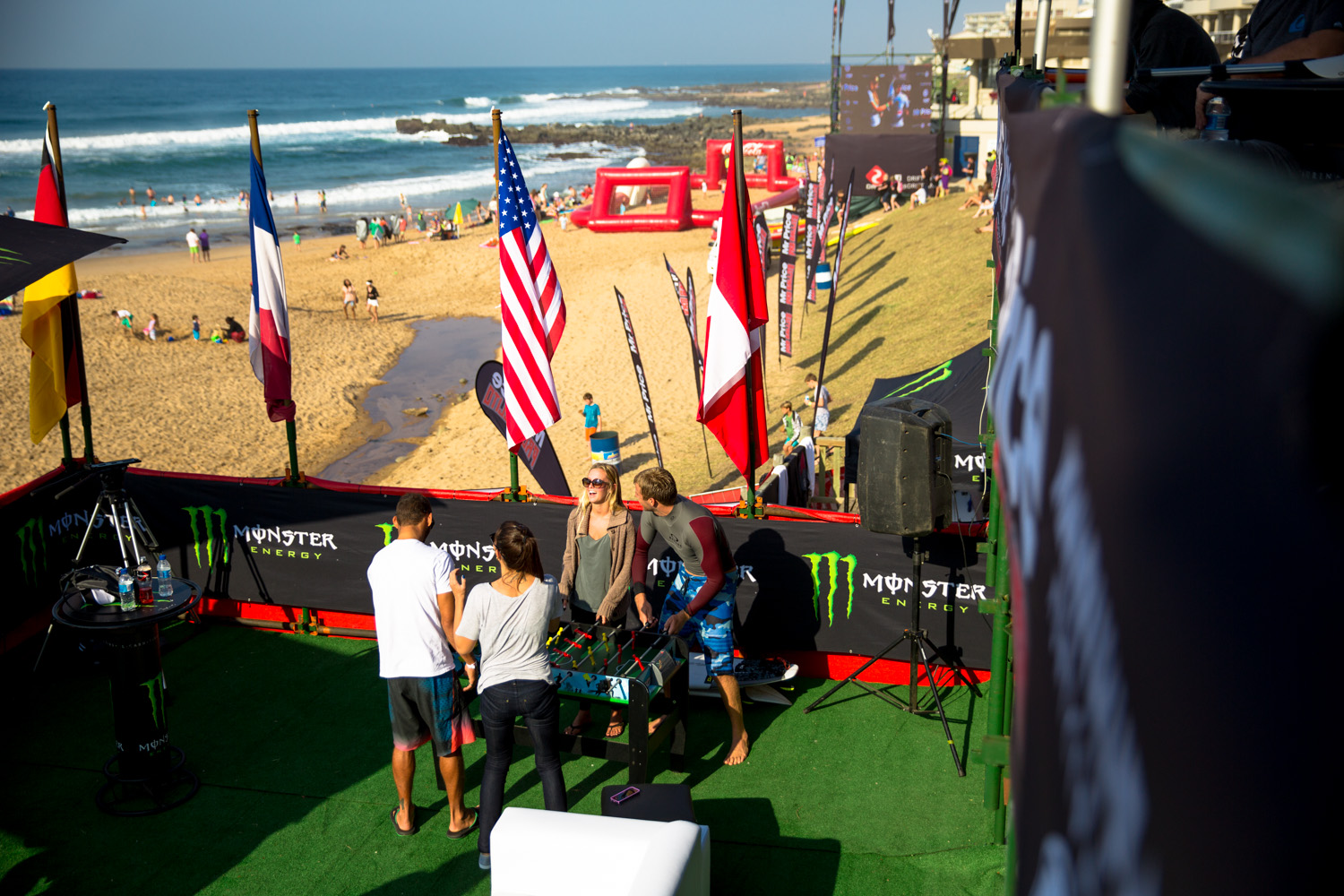 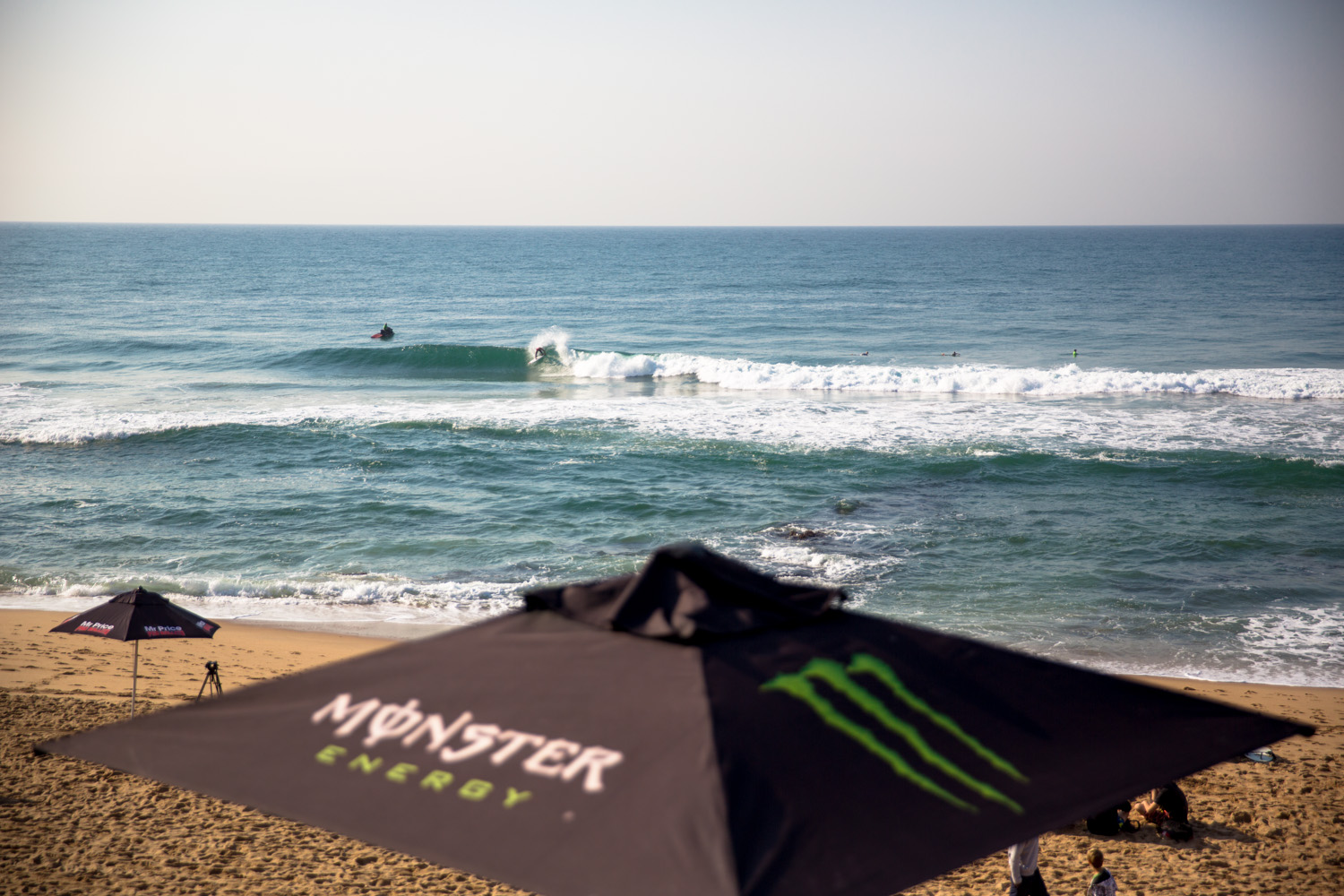 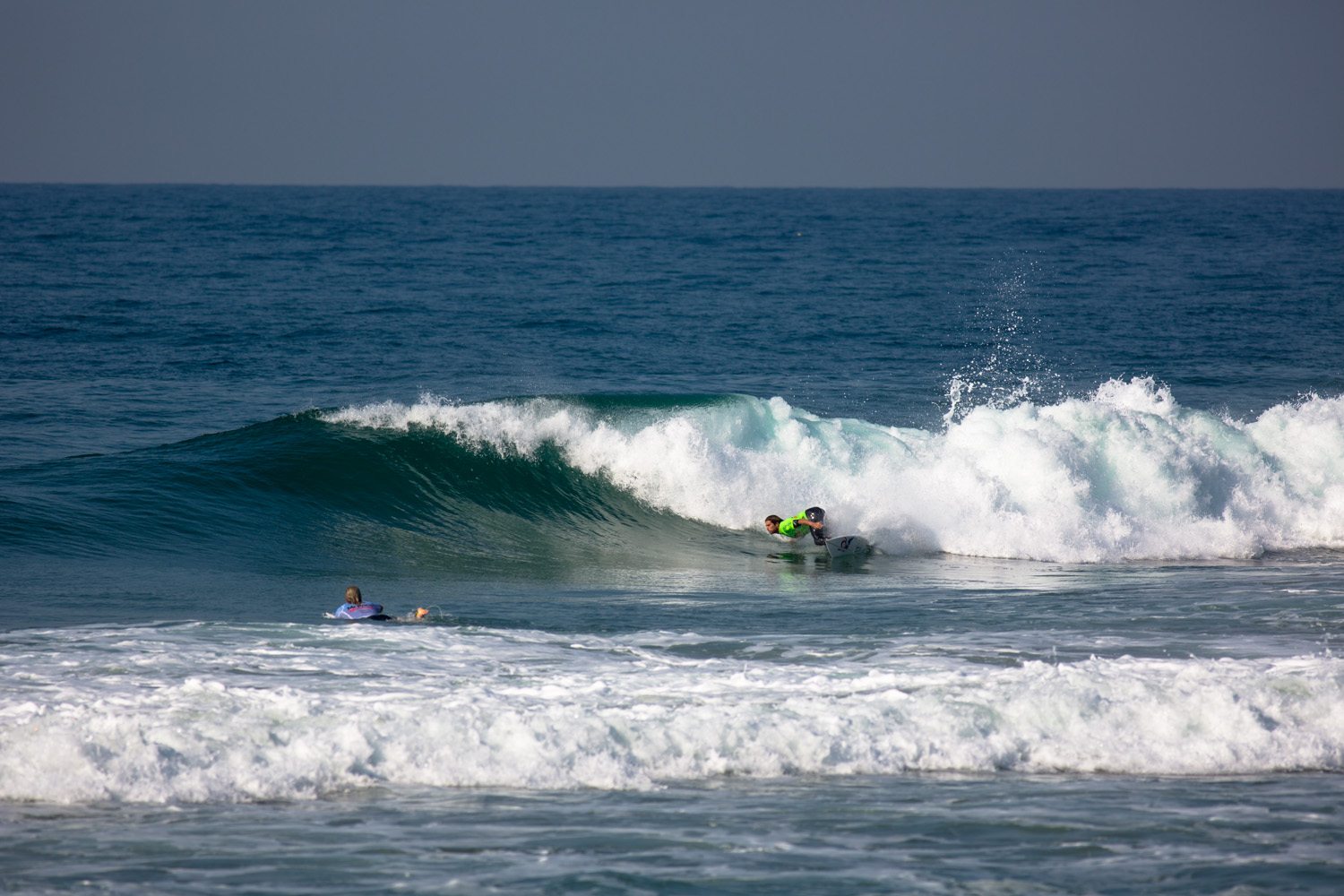 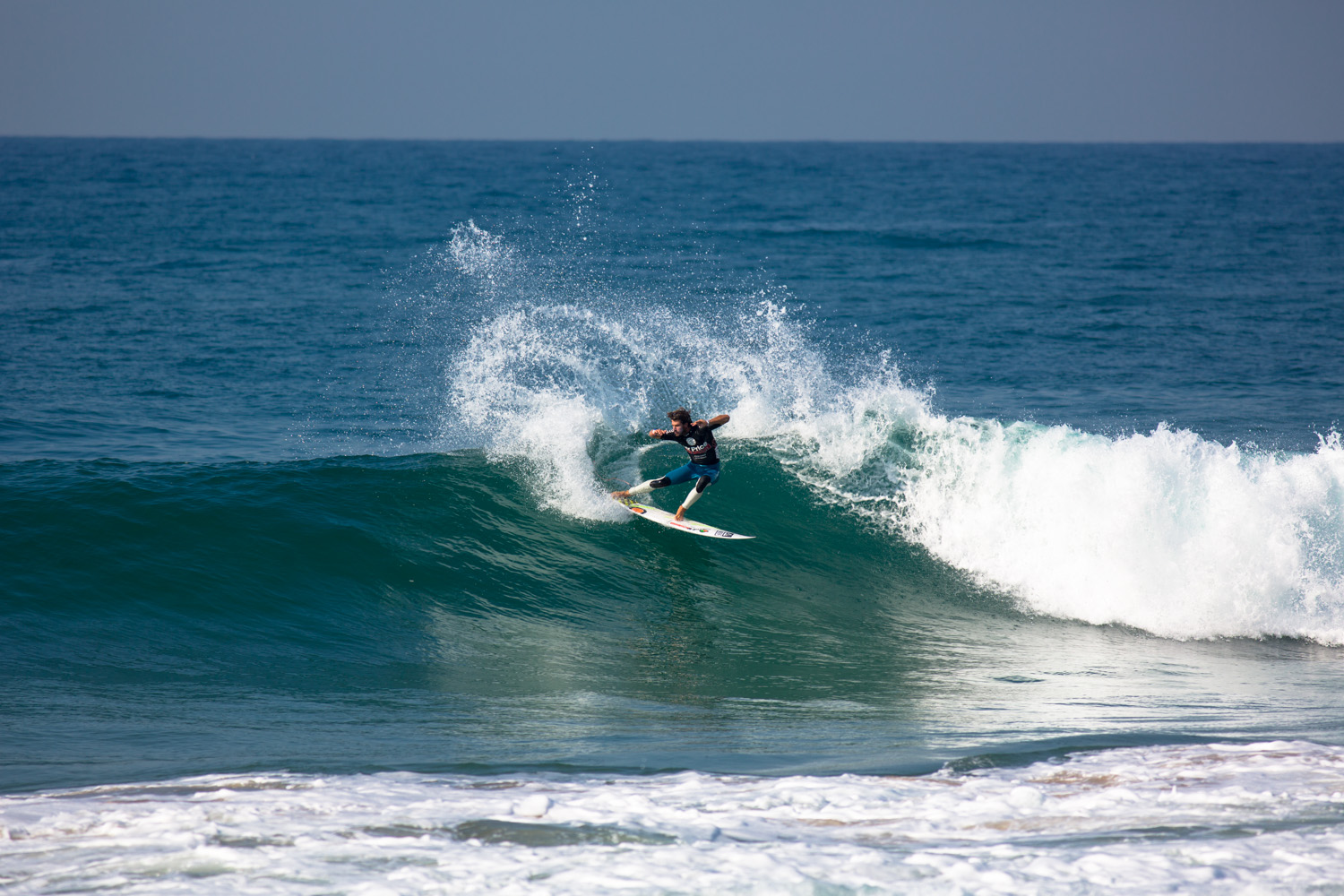 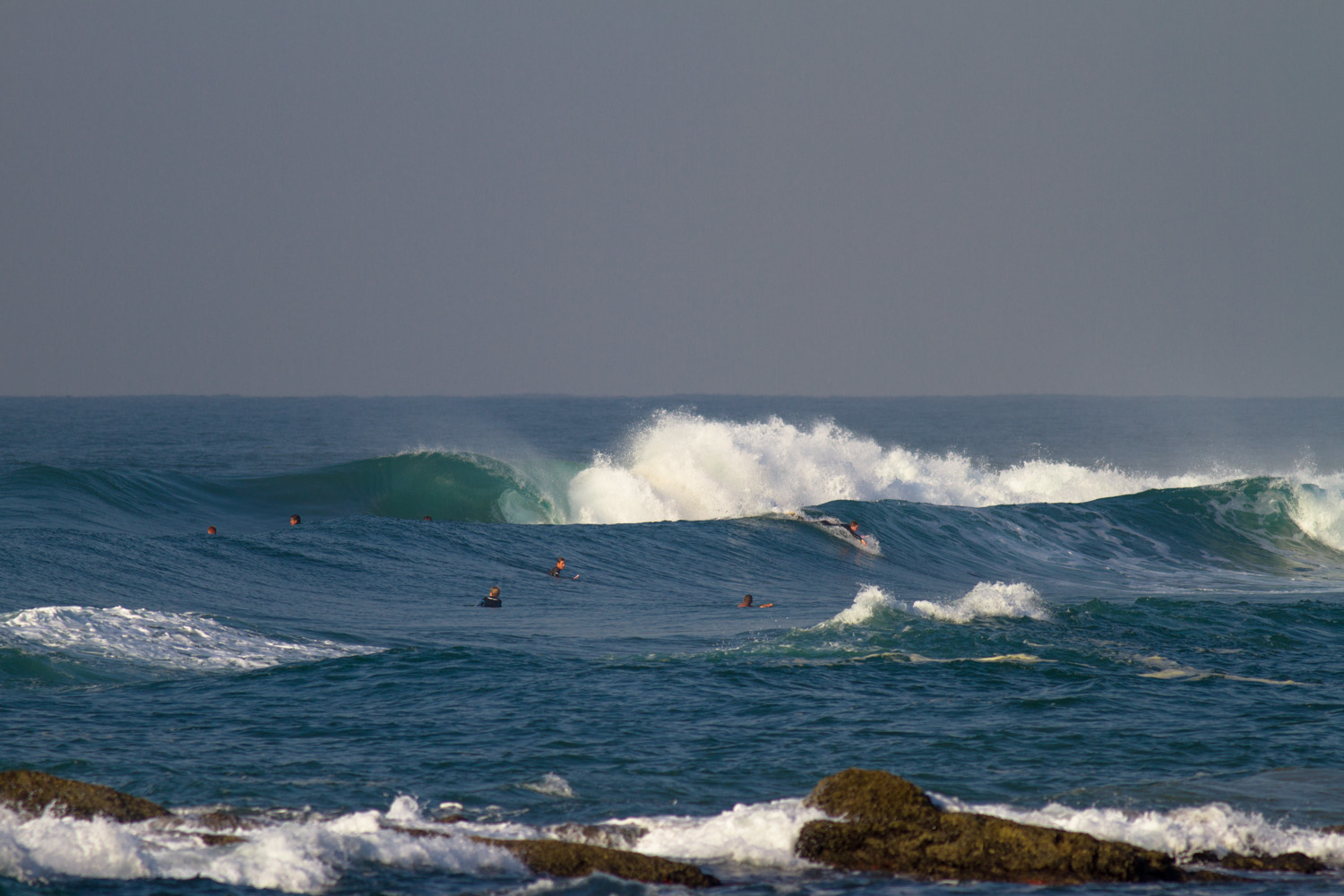 Bogs bay beach provided eye candy and an amazing warm up venue for competitors and free surfers just down from the contest site. “There’s an exceptional amount of sand from Jeffery’s Bay to Mozambique and with a bit of swell everywhere is lighting up.” Alan Van Gysen 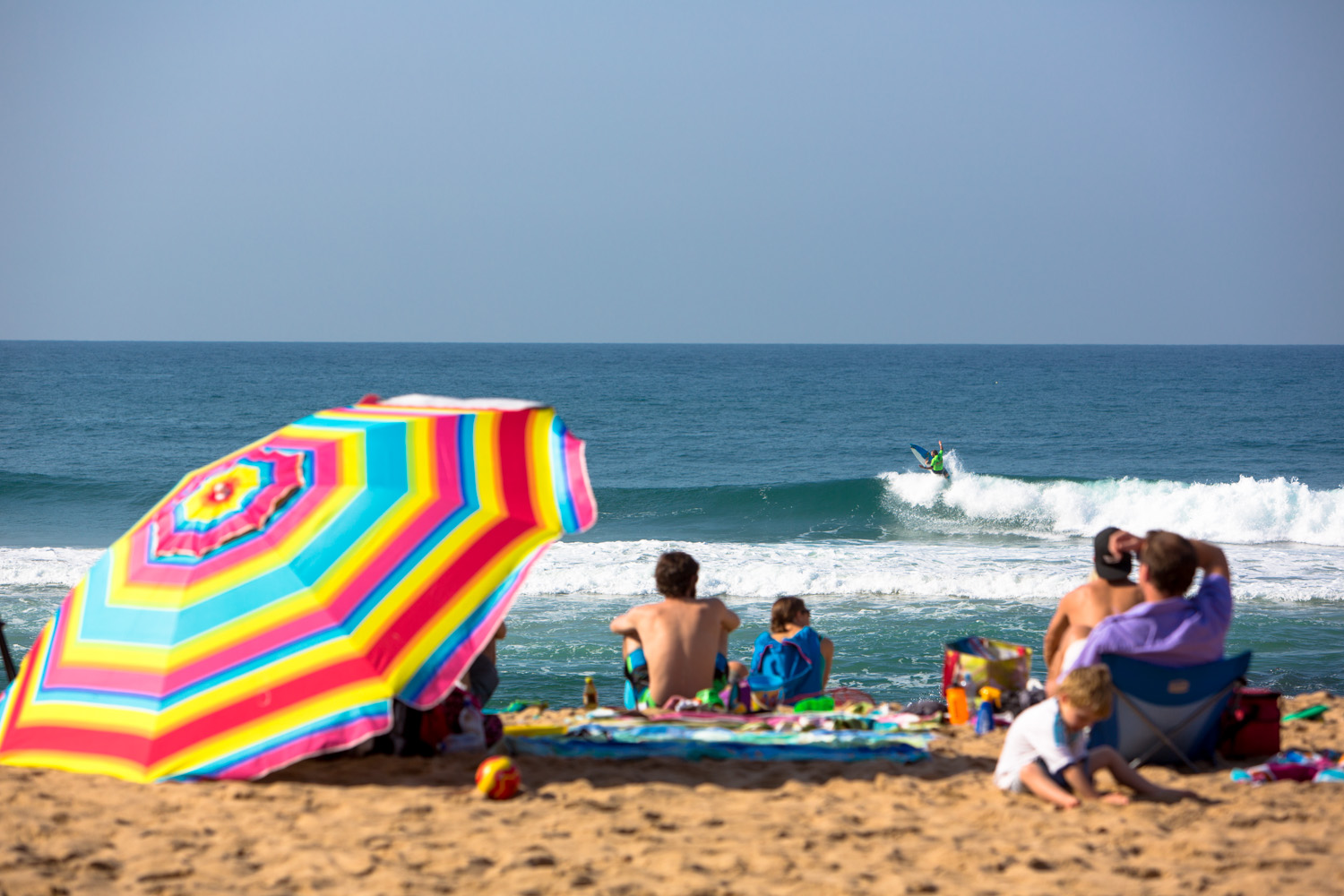 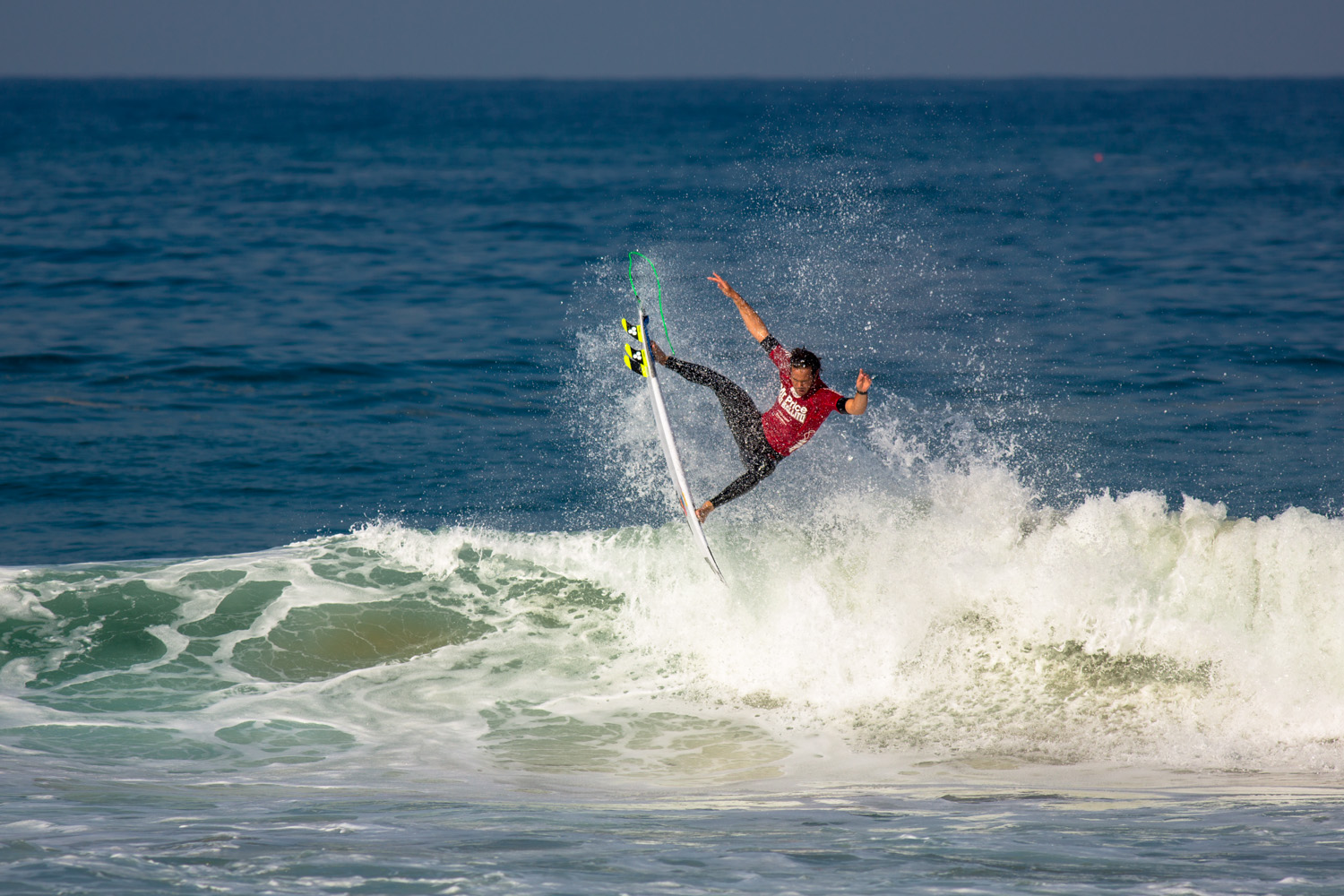