During the biggest, cleanest days of the winter, you might be surprised to see Nathan Carter driving straight past the selection of well-known quality points and beachies that litter his local coastline in North Cornwall.

It’s more than likely he’ll be heading instead for one of the handful of fickle and secluded spots he’s been scoping out for years.

Once he reaches whichever one he’s elected for that day, his pre-surf routine usually involves a precarious shimmy down a fisherman’s rope, with a gun tucked under his arm and his feet planted firmly in the loose scree. 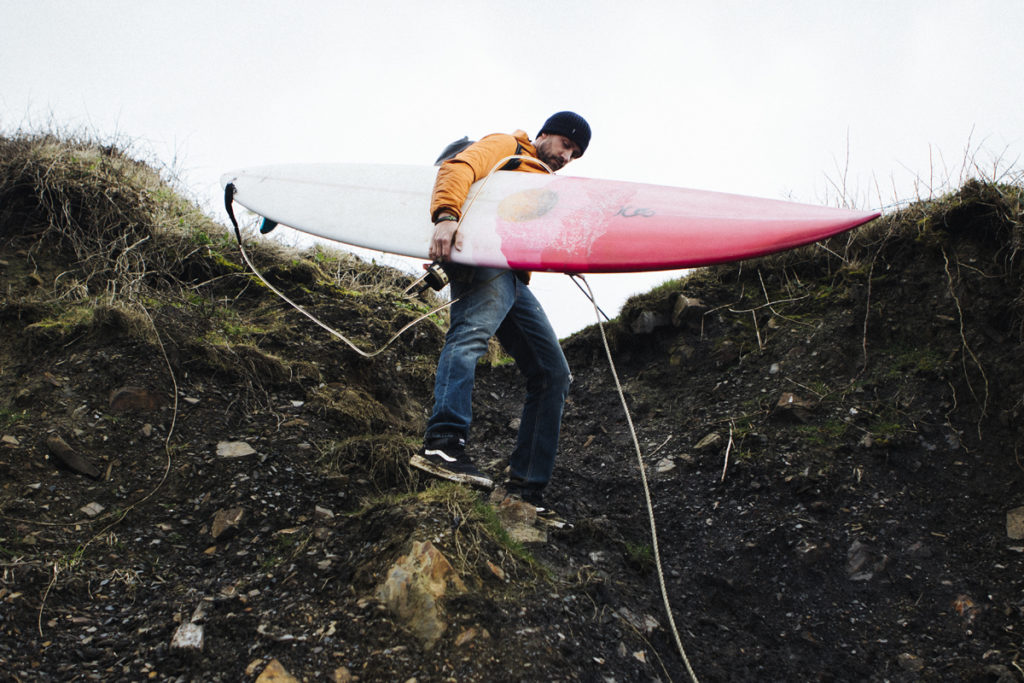 As a precursor to those days, Nathan has spent the last 25 years hiking along cliff tops, gazing down into remote and barely accessible coves or out towards the horizon in search of bombies, slabs and points. According to his search criteria, heavier is almost always better, although he’ll settle for head high runners on a black boulder point, as long as it’s quiet.

Unlike most of us, his surfing experience doesn’t revolve around settling for the easy option to maximise time in the water. For him, it’s about putting the hours in with a view to eventually scoring his collection of earmarked rocky shelves on those rare special days when everything aligns. 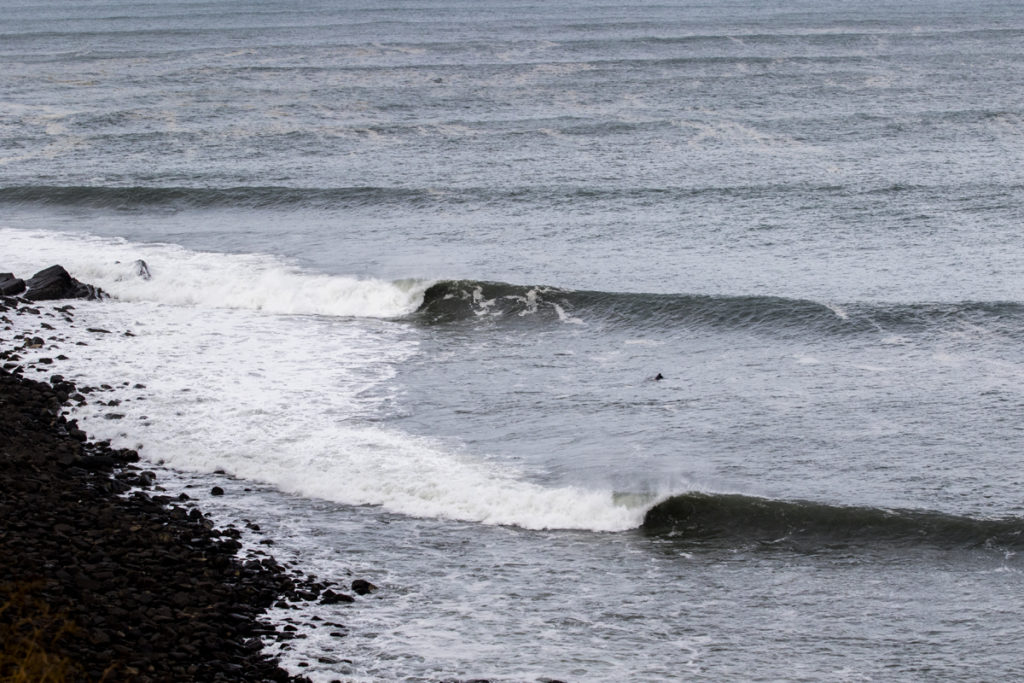 Earlier this winter, in partnership with Vans, we decided to follow Nathan and make a film about his exploits. The aim was not only to introduce you all to a legit Cornish underground charger but also pay tribute to hardened locals everywhere who head off to surf the big ugly waves around the corner, not for sponsorship or kudos, but because even after decades of chasing those elusive days, they still can’t get enough of the feeling when they finally score. 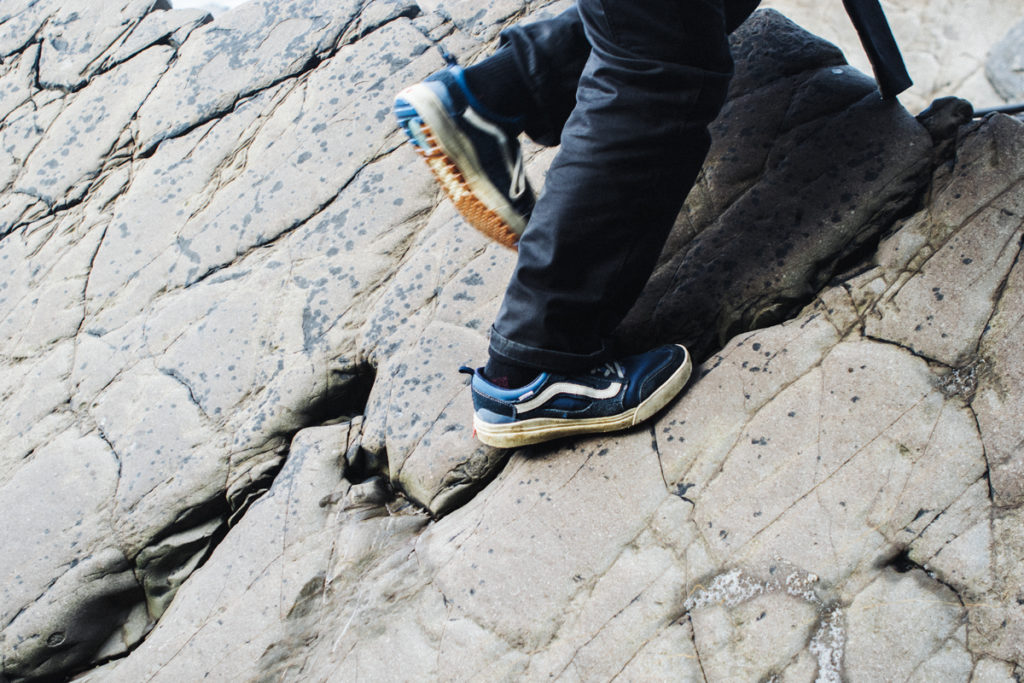 Nathan is featured here wearing the Vans Ultra Range & Ultra Range 3D, built with dedicated features to help you Get There, wherever there might be. Find out more at Vans.co.uk or your local Vans retailer.