Home » How Not To: Camping & Surfing

How Not To: Camping & Surfing From meal and hot drink preparation, to quiver care, mattress trouble and bum wiping

At its best, surf camping is the ultimate physical manifestation of the simple beauty we all crave.

When day-to-day life is deliciously stripped back to the core essentials; food, shelter & quiver… clothing very much optional.

Beyond contemplating the subject, the viewer is left to imagine what is not contained within the frame – the paraphernalia of the perfect surf adventure.

A coffee pot bubbling away over small driftwood fire. Perhaps a charred pan of beans and huevos rancheros foraged from a nearby farm. Surfboards and boardshorts, a old copy of El Amor en los Tiempos del Colera , scattered at will.

No locked doors, no crowds, no rules, other than the immutable laws of nature, of wind, tide, swell and starlight. A millionaire’s view for a few cents a day.

And the biggest hook of all? The enchanting possibilities of what wavey perfection might be found beyond the next point, that next cove.

Recently, surf camping goals have suffered from what might be termed the Burkardification of the surfing zeitgeist. Time lapses of Milky Way or aurora borealis, expedition quality dome tent lit just so in the foreground of an Arctic point, 4 grand’s worth of Patagucci fly fishing gear. Perhaps a smug Insty geo tag of ‘Huntington Beach’ for good measure.

But as luck would have it, you don’t need a Nat Geo budget to find your way back to the essence of surf camp trips, to commune at the church of the open sky.

You just need a keep your pecker up, your powder dry… and something to wipe your bum with close by. 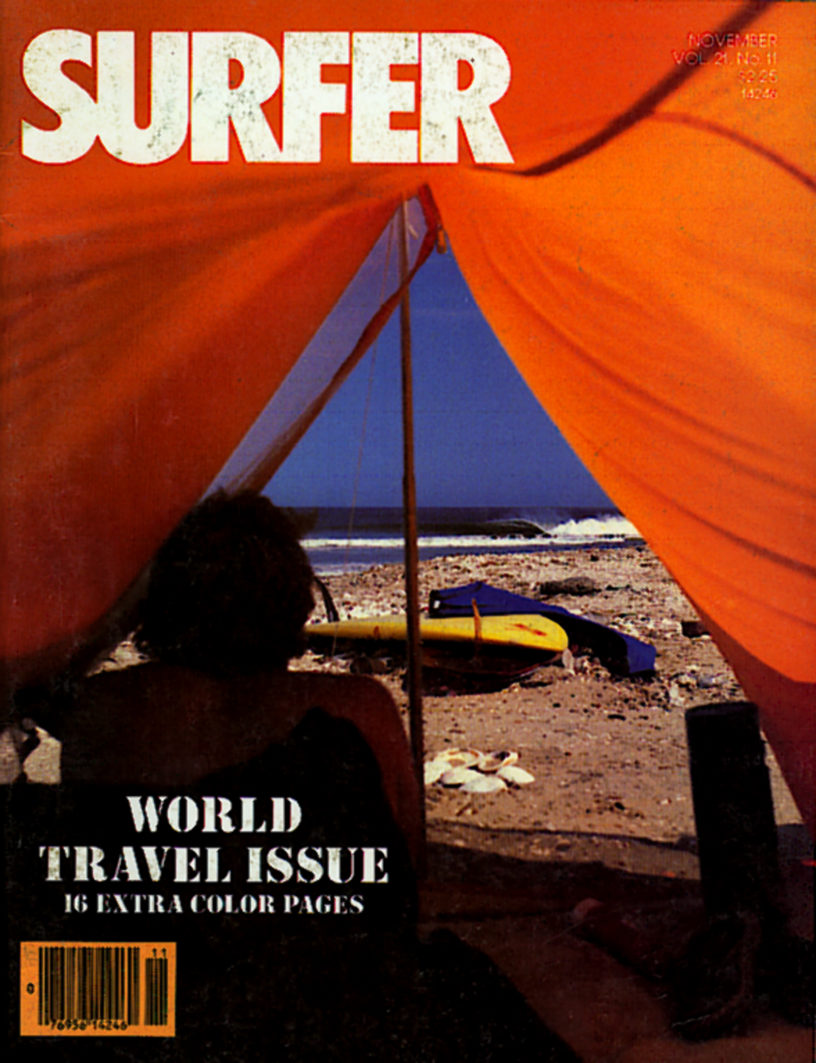 Probably the biggest challenge facing any and every camper. Any vaguely warm-ish sunny summer day and your tent will go from Siberia to Saudi between 7 and 9.30am.

Similar woes confront your quiver, and you’ll need to find/create some kind of shade for it. Usually, you’ve driven in and under the car works pretty well, until you forget and drive off, of course.

Cold beer can be an issue, too. Heavy to carry in, hard to keep cold. Old Man Hem claims to have cooled his wine in Pyrenean streams when camping in the Basque Country. But seriously, who actually drinks white wine?

“Every time I see an otherwise decent-ish human using a moka pot to make coffee, another meek, barely glowing ember that symbolises my hope for the future of humanity is forever extinguished”

The biggest and most evil lie the hipster movement sold us wasn’t the (now rarer than hen’s teeth) ‘Mini Simmons’. It was and is the enamel mug. Every wretched online or actual surf shop brought out an enamel mug, usually merchandised next to the wretched wooden hand planes… you did, didn’t you? Knew it.

Enamel has its merits of course. For plates, yes please. My bro lived in a house of 9 lads at uni and they only had one unsmashed plate in the house, his enamel one. They would wait while he ate and take turns on it, marvelling at its structural integrity despite the horrific violence visited upon it upon return from Ritzy’s four nights a week.

But for hot drinks, first they burn your lips off, giving you upper and lower Tommy Carrolls.

Now a double-lined stainless mug on the other hand…

Every time I see an otherwise decent-ish human using a moka pot to make coffee, another meek, barely glowing ember that symbolises my hope for the future of humanity is forever extinguished.

They make burnt, shite coffee. Respect the fact that 91-96C is the upper temperature limit for brewing. Not boil and reboil and then boil again. Have some fucking respect. Get a cafitiere, get an aeropress, get a Handpresso… or have tea.

The 3 second tent was invented by Sir Geoffrey Decathlon sometime in the 2000’s, and it became an instant game-changer, in terms of putting up. You literally unzip the bag, throw it up in the air and it’s fully up before it lands. Just, wow.

Now putting the focker away, can be a very different story. Espesh with a grinding hangover/K comedown, etc hence why you’ll see more than a few bundled into the back of cars on the motorway network this summer, post festy.

Tent peg injury is like the camping version of the stubbed toe on the path on the way to the surf (never after, is it?). Not a question of if, not when, but how many times? Be vigilant, but don’t be too hard on yourself when even vigilance fails.

Show Up, Don’t Blow Up

Blow up mattresses might even be less fit for purpose than enamel mugs. Especially doubles. Try a quiver of yoga mats, maybe fashion a woodcraft bed from bracken, moss (and ticks). Leave the evil blow up behind.

Boardbags can be used to decent effect in this area, too. I’ve slept in FCS 5 board 8ft-er on the North Shore (locked out first night) and a Balin coffin in Camping Municipal, Seignosse (RIP), atop a Creatures day bag in the back of a Toyota pick up in South Africa. Fantastic nights sleep were had on all occasions. Aside from zip issues, maybe waxings, they are pretty much as good as any other ground mat.

“For now at least, everything is alright with the world”

Not gonna go too much into the realm of cooking here, a topic worthy of a website all of its own. What I will tell you about are two inventions that I would place, in terms of significance, somewhere between Anderson’s thruster and Watson & Crick’s DNA.

The wind protector and the heat exchanger are two camp stove accessories that turn cooking/boiling a kettle al fresco from a pain in the dick to an example of man’s triumph over adversity.

If you’ve got one of the wind shields that goes most of the way but not all the way around the pot and thus requires positioning on the windward side of the flame, well you get to derive some very real pleasure from putting it in the offshore wind position for the morning brew, knowing that for now at least, everything is alright with the world.

If you’re staying on a campsite as opposed to going wild, you’re going to need to make your peace with the bum chorus. It’s a bit like Heathrow T3 land side dunnies, only rather than never seeing the emitters of the noise/smells again, you’re likely to bump into them very regularly, with that “I’ve smelt and heard your busy hole” familiarity you hadn’t reckoned on when planning your trip.

If the campsite has separate areas for shower/sinks/urinals and cubicals, you might find it hard not to judge people depending on which door they’re headed for/from. What? No 2 is it? Again?!?

Thankfully, the bad old days of having to carry your own bog roll with you, the classic “I’m just going for a big shit now” declaration are behind us.

For non campsite toiletting, it’s important to enjoy it, but not too much. Eco-wise, moss is a great replacement for paper, in fact it’s what out ancestors used. If you are going for a plop sauvage , do take those extra fifteen paces off the main path, so as to avoid the situation often found in parts of Northern Spain, where every vantage point over the waves near a rural car park where crew sleep in vans has teepee strewn in bushes like an endless pooey crime scene.

A refreshing chance to mix up the ‘I live here’ and ‘My nan was born here’ twattery. Priority in the surf at a campsite peak should be inversely proportional to the luxury of the sleeping arrangements. Thus beach > car > tent > camper van > Hymer.

And figured it simply wouldn’t be fair to not share that.