Two of the tour's most talented Brazilian contingent make their feelings known about shark safety concerns.

Yesterday the Drug Aware Margaret River Pro was put on hold for a second consecutive year after two surfers suffered shark attacks up the coast in Gracetown.

Both attacks are thought to have been carried out by great whites, measuring approximately four metres long. Shark activity in the area is thought to have been increased by a washed up dead whale at Lefties, which is only a short distance up the coast from Cobblestones, where the more serious of the two attacks occurred. Tuesday’s competition was subsequently called off, with the WSL stating they were evaluating the situation before deciding whether or not to run the remainder of the event.

Yesterday Medina took to social media with his opinion on the subject, stating:

“Today they had two shark attacks on a beach close to where we’re competing. I do not feel safe training and competing in this kind of place, anytime anything can happen to one of us. Hope not. Leaving my opinion before it’s too late!”

“Two shark attacks in less than 24 hours here in Australia, detail, just a few miles from where the event is being held. Very dangerous do you not think? even so, they keep insisting on doing steps where the risk of having this type of accident is 90%, so I ask: is not the safety of athletes a priority? We already had several alerts. Life goes beyond that! I hope it does not happen to any of us. I do not feel comfortable training and competing in places like this!”

Waves worth losing your life for? We think not. Photo @lugarts

Indeed, Margaret River main break certainly doesn’t seem worth risking your life for, but if the WSL’s decision to return to J-bay serves as a precedent, they will almost certainly keep the event on tour.

Even if they did want to can it, it’s not as simple that. They’ve already got next year booked in and have a huge amount of sponsorship dollars tied up in the event, the majority of which comes from the Aussie government. However, things could get tricky if they call it back on and two of the world’s best refuse to compete. 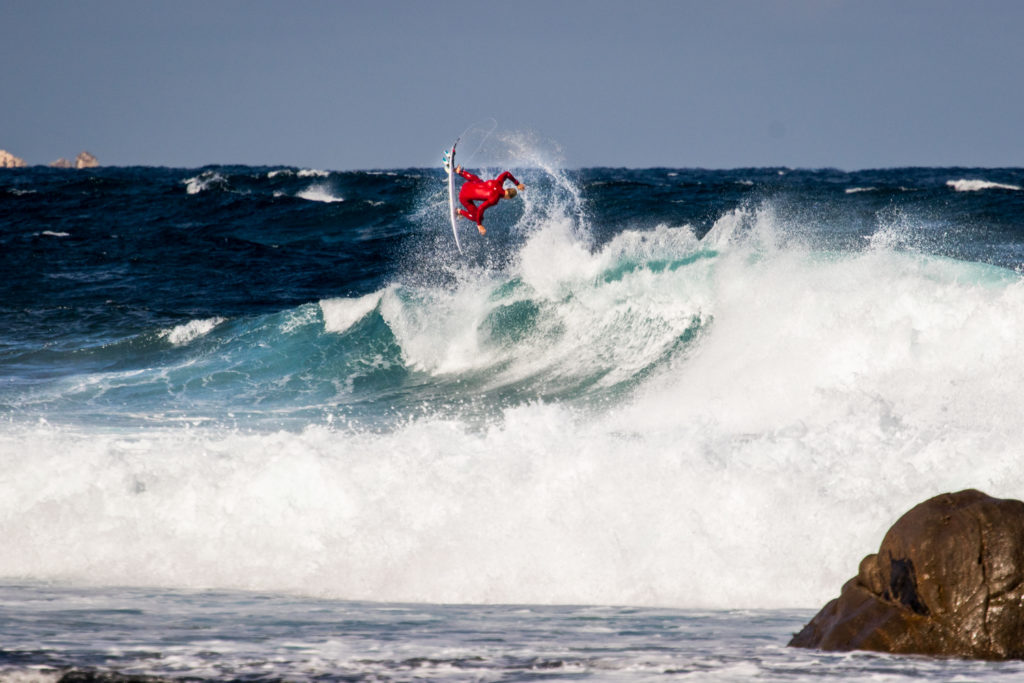 Nat Young punting at Cobblestones, where one of the shark attacks took place. Photo @lugarts