Novelty waves are all the rage, so much so that they might even be the new wavepools.

You loved Cornwall’s novelty waves, well now it’s time to get weirder, and check out some of the fine cities of Europe, and their lesser-spotted shreddable sides.

Surf Berlin, which is a film, or a Kickstarter trailer for a film, reckons this might be the last/first time you see Ira Mowen shredding a boat wake wave near the German capital…

The nuts and bolts are that there’s a boat wake wave (or there was) outside Berlin. But aside from that, the trailer raised more questions than answers.

Is it compulsory to include surf mat and wooden hand plane for letterbox format surf docco Vimeo submissions?

Will Ira learn to stand up before the wave disappears forever?

Would Ich Bin Ein Beginner have been a better title?

Maybe I’m being harsh. The wave itself looks like a beaut and you’re almost certain to have it to yourself. What is also certain is that a Simmons with a GoPro on the nose is something that’s going to be impossible to unsee.

“With Mundaka and Hossegor being an hour in each direction there are plenty of oceanic shredding opportunities… who cares!?!”

The beautiful city of San Sebastian in the Gipuzkoa region of the Basque Country is home to beachbreaks such as Playa Zurriola and even some less frequent waves on bigger swells around the more sheltered La Concha beach. A 20 min drive from Zarautz and Mundaka and Hossegor being an hour in each direction, there are plenty of oceanic shredding opportunities.

What we’re after is novelty waves, and that’s exactly what Urumea delivers.

What we’re after for this spot is a solid Biscay swell and a big spring high tide to let the swell in. When that happens you get all kinds of fun, bouncy surf right in the centre of town with you and few dozen Basque SUPers.

There’re actually a couple of spots in town aside from the main swell puller (above), including a mysto righthander that breaks much further (like 500m) inland, on select swell events.

Portuguese Pro Joao Kopke leads an exciting triple life as a competing pro, a classical double bass player, and as a shredder of weird waves in Portugal’s capital city Lisbon, arguably the finest European capital city of them all.

Aside from epic beachbreaks such as Carcavelos in Cascais, and having the world-class set ups around Ericeira just up the road, Lisboa also does a nice line in novelty surf. We’ve previously seen Joao taking on storm drain surf and ripping under the Belem tower, and now he’s laid it down on arguably the highest performance ferry wake wave, ever.

@whiteflagproductions said of the wave, known as Gasoline via IG: Gasoline is a wave that happens due to a huge boat that takes people from Berreiro to Lisbon. Everyone that’s in the boat is going to work and the wave size that the boats generates (you have one every 10min during two hours) varies according to the number of people that are going to work. A full loaded boat generates a bigger wave! But there’s a lot of other elements to have in mind if you want to surf this river wave generated by these boats, like tides and winds… We (me and @joaokopke ) had the pleasure to be guided by Ricardo “P1”, the guy who discovered this amazing phenomenon. 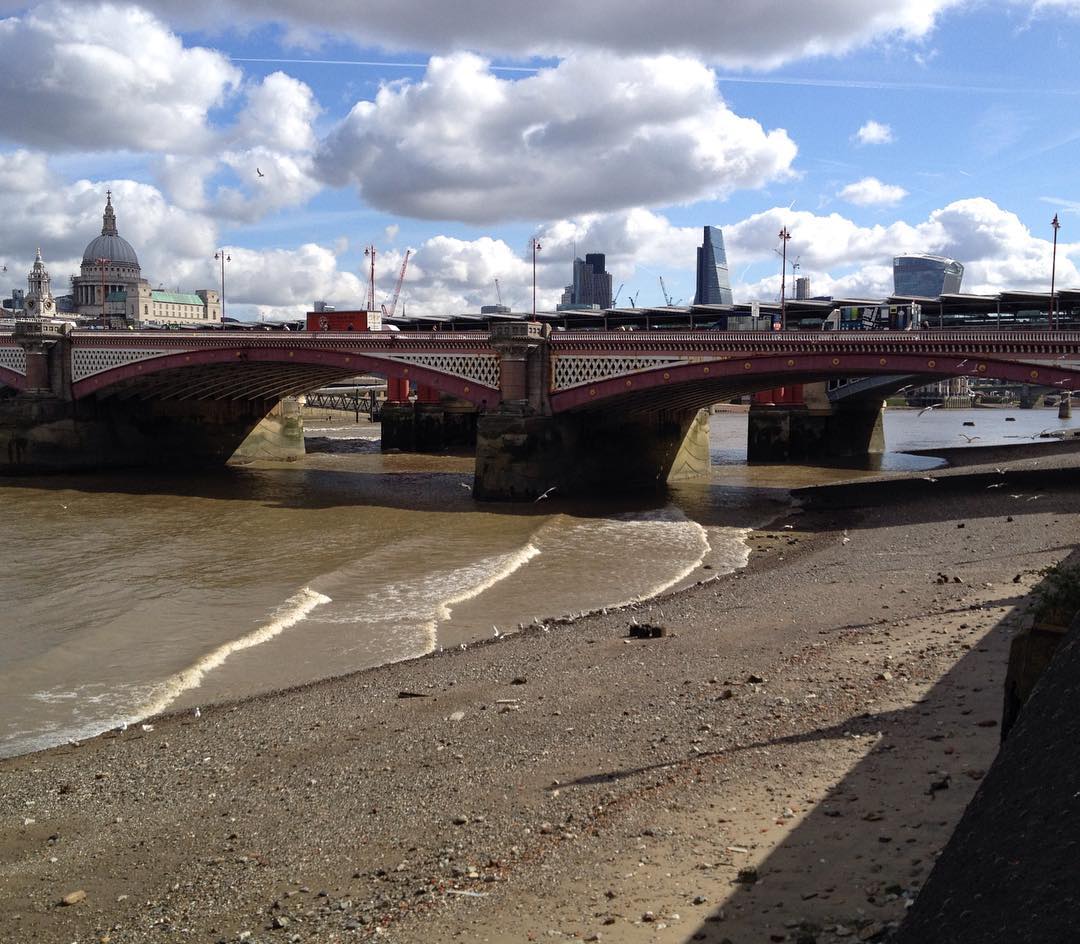 “Just a short walk down from Waterloo… That’s St Paul’s Cathedral, way ‘out the back'”

It turns out the London Surf Club (est 1981), have been wasting petrol money all these years. Rather than schlep it up and down the UK motorway network seeking stoke, they could’ve been ripping on their very own doorstep, in EC4.

We’re talking just a short walk down from Waterloo, right in the mix. That’s St Paul’s Cathedral, way ‘out the back’.

The swell wraps in off the North Sea, past The Thames Barrier and up… just kidding! The swell comes from the big cat ferries that speed up and down the Thames pretty much non stop.

Low tide ‘on the push’ seems to provide the hollowest surf, with the lefts favourable. On this day, there were some wicked little longboardable waves, and the ferry was barely even half full.

On big days the inside section aka Racetracks even allows you to shoot the bridge if you’re brave enough.

With 39 million cubic metres of raw sewerage making its way into The Thames, we’d recommend keeping your gob shut when you duck dive.

The friary that gave the spot its name was the site where Henry VIII divorced Catherine of Aragon… and while she wasn’t beheaded, she was exiled.

In other words, locals only.