Our resident travel writer reflects on how hanging out with a notoriously angry Newquay ex-pro taught him lessons about mindfulness and surfing.

“Actions speak louder than words, but it’s the thought that counts”

An action is evaluated by its motive, not by the action itself. In society today, the law can pardon a killing committed without pre-meditation, yet if a person plans a murder that never actually happens, they will go to prison purely for the thought process.

In the most famous involuntary manslaughter case ever, in 2015 Caitlyn Jenner accidentally killed someone in a car crash and no legal charges were brought, where as infamous Canadian career criminal Jimmy Melvin Jr is currently staring down the barrel of a long prison stint after being found guilty of conspiracy to commit a murder.

The Universal Law of Attraction states that, as in these cases, it is our thoughts that manifest our reality. It is the thoughts, which inform our energy and our energy creates our experiences. 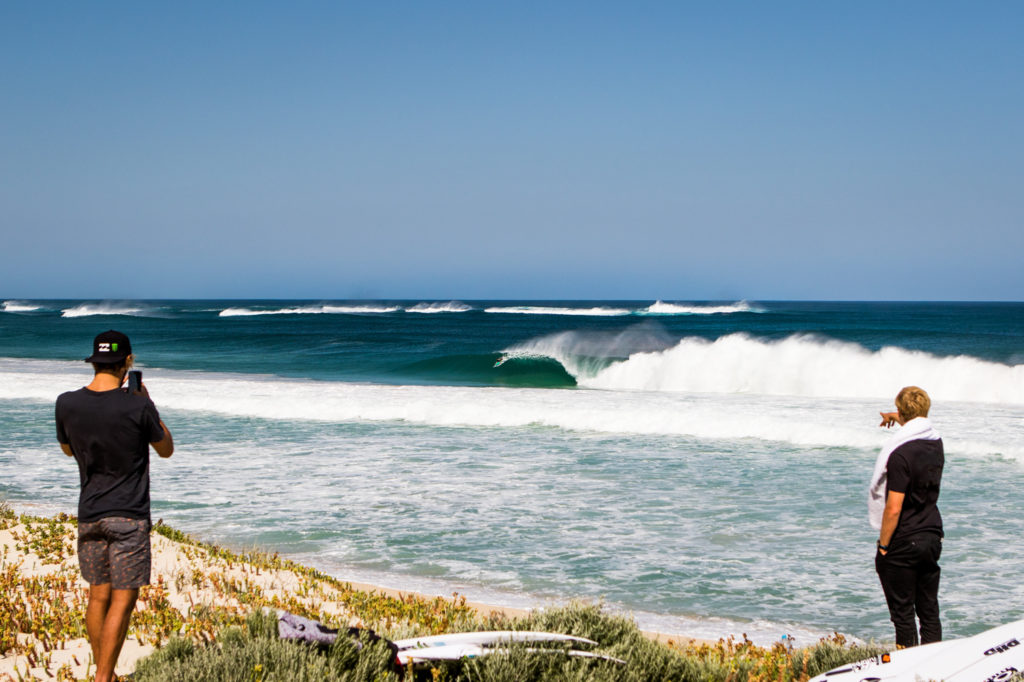 Frederico Morias and Ethan Ewing dive in to a bit of pre-surf mind-surf action deep in West Aus. Photo @lugarts

Dr. Masaru Emoto, a Japanese researcher and alternative healer from Japan has served up some evidence of the magic of positive thinking. His experiments claim to demonstrate that human thoughts and intentions can alter physical reality, such as the molecular structure of water.

Many have questioned Dr Emoto’s scientific methodology, while others have accepted it as an affirmation of what they already knew intuitively; that their perception affects material reality. In surfing terms, that means if you’re frothing you’re probably going to have a good surf and if you’re in a negative headspace, it will more than likely rub off during the session.

Remember that time you weren’t really up for it, complaining about the waves before you got in then had a shit surf? You brought that on yourself. Compare that session to the time you had an unexplainable pre-surf buzz, exuding energy and positivity despite the crap conditions, yet still had a great experience. It’s not a coincidence. It’s the internal experience that determined your stoke-levels and surf, essentially it’s all down to you and what goes on in your head. 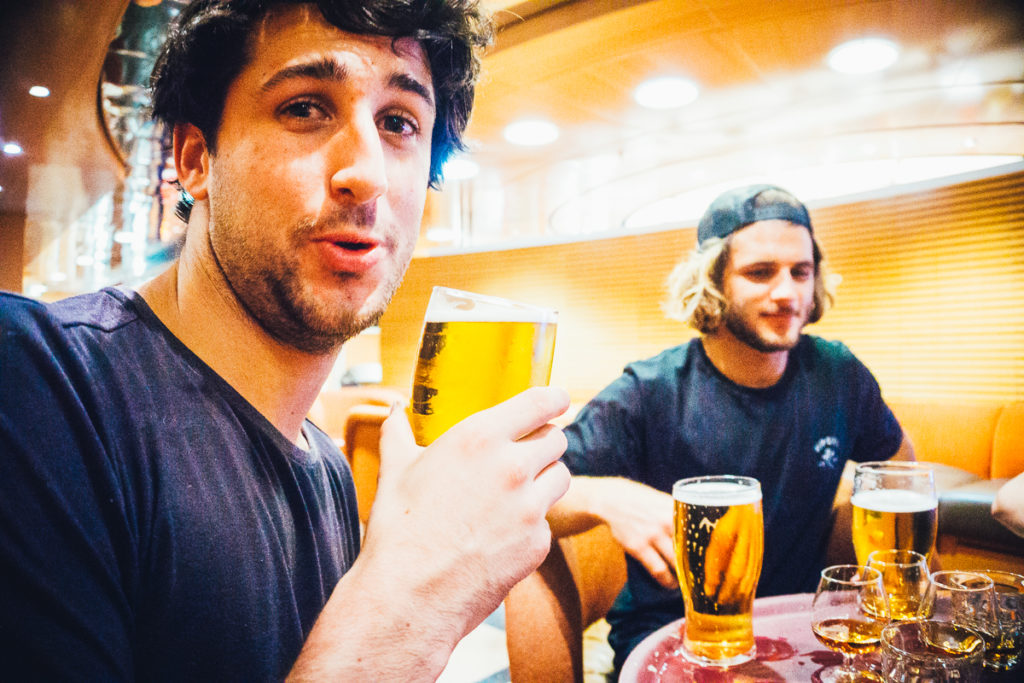 A good friend of mine Aiden Wright isn’t known for his spiritual views on the world, yet he holds a charmingly pure and simple grasp of how things work. He was a competitive surfer in his junior years winning elite events in the UK, but instead of gaining fame for his successes, he became notorious for his aggressive temperament, earning him the nickname Angry Aiden. He would regularly shout in the lineup and punch his surfboards leading to an internal frustration that became too much for him, resulting in a few losses and eventually a total departure from the competitive scene, whilst still at the top of his game.

But Aiden didn’t stop surfing, actually quite the opposite, he realized that the strain and pressure of competing weren’t for him and they were was making him fall out of love with the one thing that gave him joy. We won’t call it an epiphany, but ever since this realisation he has dipped in and out of the ocean whenever he feels, with no strings attached and is currently absolutely killing it, channeling his aggression towards attacking the waves, and sporting a happy go lucky vibe out of the water. 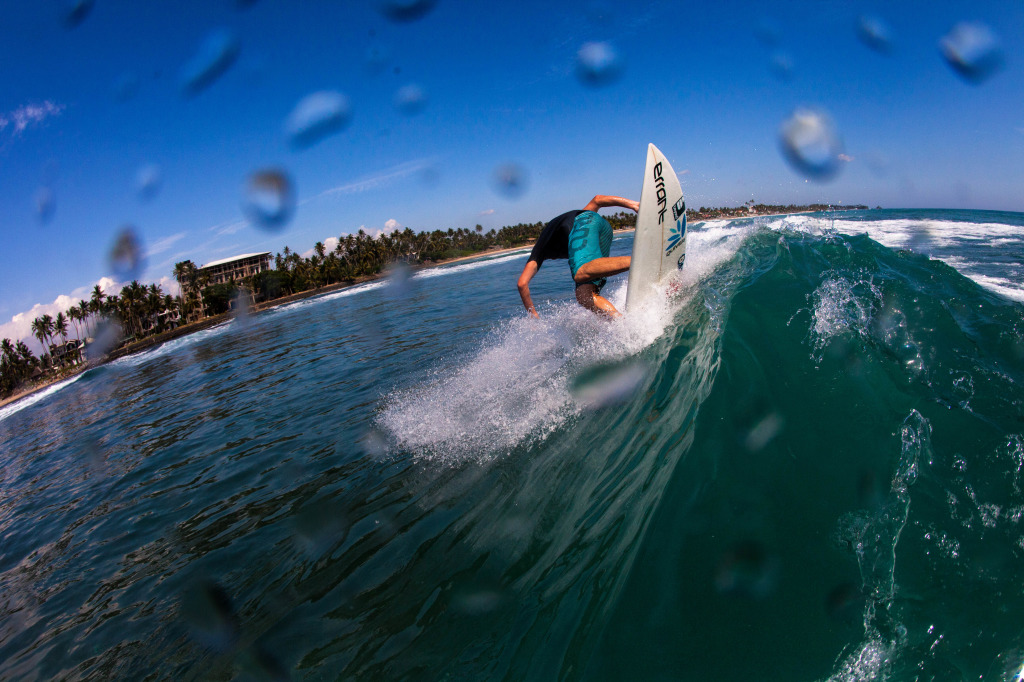 I started to surf with, and learn from Aiden a lot more regularly, sometimes every day for weeks on end, then I wouldn’t hear from him for a few months. After a few cycles of this it started to fascinate me how someone could not surf for three months, then grab a board and be a stand out in a ego-filled surfing arena like North Fistral, so out of curiosity I started to take a look at his approach to surfing a little more holistically.

I know muscle memory and all of that comes into play, but the first thing I noticed whilst we were checking the surf one evening was how much attention he was paying to the waves. After about five minutes of quiet observation, some physical expressions started to surface, then completely instinctively, as if unaware of my presence, Aiden went from mind-surfing to miming surfing the waves with his index and ring finger for several minutes, before turning round to me and saying; “Right let’s get in there”. We then surfed, he got double the amount of waves I did and could have made a decent edit out of the explosively short 45 minute session.

I spent that whole Summer surfing with Aiden and I noticed this was a ritual he himself wasn’t even aware of, it was his meditation, his intentions were creating his reality and the reality was he was surfing really well.

In the big wave world the athletes are completely aware of this notion, prioritizing a peaceful state of mind over everything to get themselves into what they call the Ideal Performance State (IPS). The surfers monitor and channel thoughts, nerves and adrenaline into a calming positive energy, tuning their natural instinct and intuition to the rhythm and flow of the ocean’s conditions, leaving them confident with every decision and action they take when they’re out there.

In adverse situations, it’s mind over matter all the way. Newquay big wave legend Tom Butler was called up to surf in the prestigious WSL event at Nazare last year where he took one of the worst wipeouts in the event’s history. In an interview with Kieren Webber of Fistral Beach during his recovery, when asked how he prepared for surfing critical waves Tom emphasised the important role his thoughts play:

“I do a hell of a lot of visualisation. There’s not a day gone by since I was about 19 that I haven’t imagined myself dropping into big waves. Two hours after that wipeout, sat on the hospital bed, psychologically I was ready to go again, the wipeout didn’t phase me.” Hellman Tom Lowe also touched on this subject in an interview with us on ‘How to get barrelled’:

“Visualisation is powerful, I do it a lot in big wave surfing, imagine and feel it as if it’s happened. More often than not, it soon unfolds.”

Then there’s validation from none other than King Kelly Slater himself in an interview with The Guardian:

“When I’m really tuned in I can mind-surf. I can watch the waves from the beach and feel the movements in my body.”

Mindfulness currently feels like a bit of a buzz word, with confusing connotations, however these little mind-surfs and surf checks are exactly that, without the grandiosity.

Whilst mentally immersing ourselves in the ocean, remaining totally focused on the swell forming and the waves breaking, we are connecting with nature in a unique way, whilst tapping into the inner self. This is a place of pure happiness, not like an ecstatic joy, more a blissful place free from suffering, which we have layered over with ego and mundane concerns, taking us away from the most powerful place that exists, as the mindfulness millionaire Eckhart Tolle would put it; the “Now”. To put it simply, we are being, mindful.

If you’ve got this far, you’re probably either pretty WOKE or sceptical, so for the latter I’ve hunted out some scientific evidence supporting the benefits of mindfulness from one of America’s greatest Capitalist successes; Harvard University, who actually promote an article titled ‘Meditation more beneficial than vacation’ and list the benefits of mindfulness techniques to; decrease anxiety, depression, stress, pain, and help improve general health, mental health and quality of life. All backed up by scientific reports of course.

So whether you’re about to surf massive waves in front of a global audience, or go for a post work dip, take a few moments to watch the waves and live in the moment, because not only will this reconnect you to the true self, whilst encouraging the above benefits, but your focus will be where it really counts at that present moment and you’ll be fucking shredding out there.

Or just come and watch and learn from Aiden at North Fistral probably between the months of June – September.