To celebrate World Ocean Day, we’ve got five ocean conservation success stories to remind you with the right mix of innovation and elbow grease, great progress can be achieved.

Today is World Ocean day- an important opportunity to highlight the numerous plights faced by our oceans and celebrate the passion and success of those trying to save them. Accordingly, we’ve dug up five inspiring ocean conservation success stories to remind you that, while it may all seem to be doom and gloom, with the right mix of innovation and elbow grease, great progress can be made.

1. The Success Of Plastic Bag Bans

It’s well known that single use plastic packaging poses one of the biggest threats to today’s marine habitats. While the problem is still growing exponentially in scale, small steps have been taken in the last few years that appear to be having a positive impact. The introduction of plastic bag bans and taxes across the world have lead to a huge fall in use, with some countries reporting reductions as high as 90%.

And progress isn’t just taking place in the ‘developed world’ either. Places like Bangladesh and Rwanda were among the first to impose a ban, with Kenya, China and India recently following suit. In Kenya in particular, the results have been extremely positive, with dramatically cleaner streets, less obstructed waterways and fewer bags turning up in fisherman’s nets all reported after just eight months. 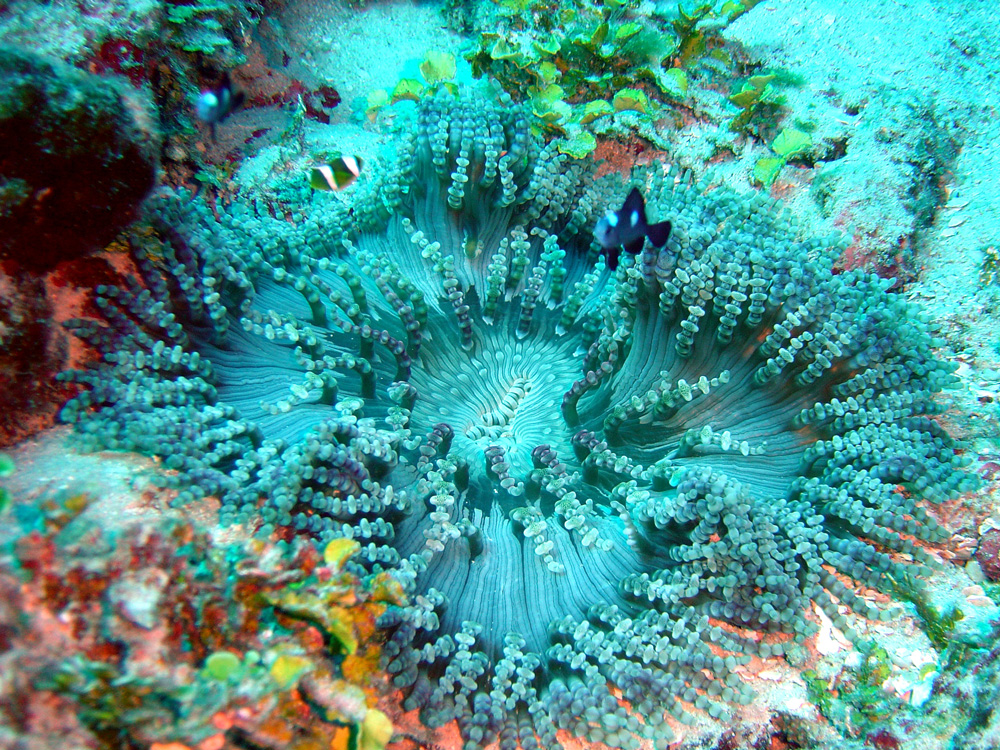 The world’s coral reefs form an integral part of the marine ecosystem, serving as a home to thousands of species of fish and plants. Over the last decade these reefs have been under attack, with the biggest threats including overfishing, pollution and global warming. However, one particularly inspiring story from a remote Pacific island in the American Samoa chain proves that if human impact can be minimised, the coral can regenerate. In 1978 almost 90% of the coral on Tutuila was killed by a crown-of-thorns starfish outbreak. In response the islanders took multiple steps to prevent further decline and encourage the coral to regenerate. First, they established a marine sanctuary, to put strict restrictions on fishing and the dumping of pollutants in the area. Next they diverted waste pipes which were spitting out nutrient rich water and leading to a spike in coral eating plankton. Then, they banned spearfishing on the reef, leading to an increase in parrotfish, which eat harmful algae. As a result of these steps the coverage of living coral has been steadily increasing since the eighties, with a jump from 25% to 36% reported in the last nine years alone, which, compared with The Great Barrier Reef’s 14%, is a real success story. 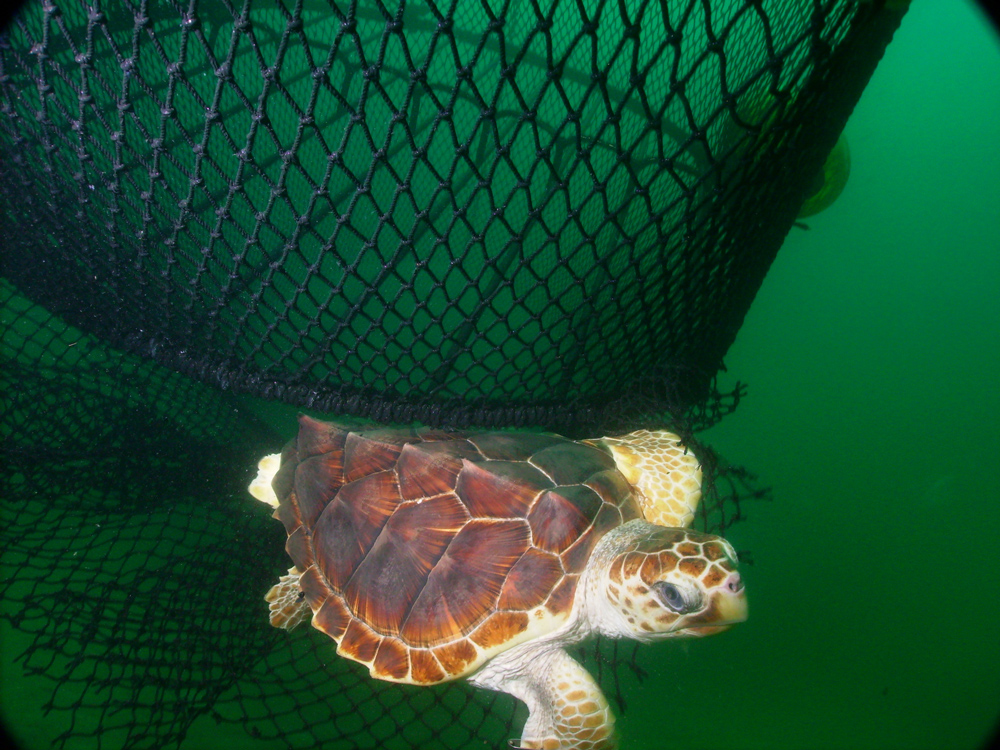 Sea turtles are another marine species which have come under serious threat in recent years. Perhaps the biggest hazard, particularly to loggerhead turtles, is getting stuck in fishing nets, which prevent them from getting to the surface, eventually drowning them. To tackle this issue NOAA fisheries worked together with the shrimp trawling industry to create trawl nets with small escape hatches. The nets, which are dragged along underwater to catch shrimp, now include a metal grid which prevents larger creatures from passing through into the back half of the net. A small opening is placed above or below the grid to allow bigger creatures to swim out. Prior to the roll out, it was estimated 70-80% of turtles washed up on US beaches had died due to shrimp nets, however since they were installed by US shrimpers, strandings caused by the practice are down by at least 44%. 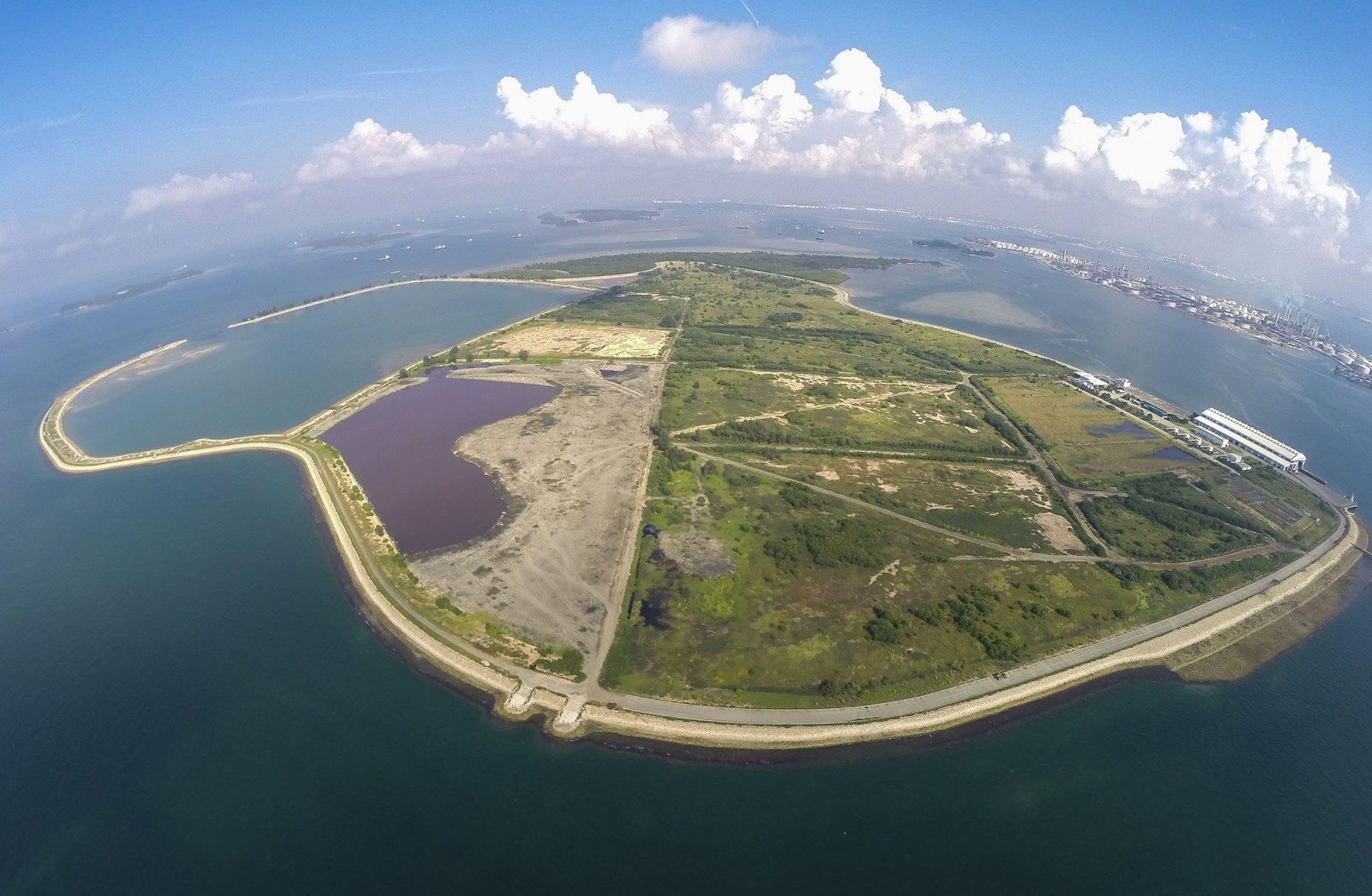 In 1999 a huge area was cordoned off on the island of Palua Semakau, off the coast of the Philippines, to be turned into an eco friendly landfill. The area, which measures almost 1.5 miles squared, was expertly designed with an impermeable rock membrane to contain the waste within it and ensure minimum harm to the surrounding area. Silt screens were also used during construction to ensure the nearby coral reefs would not be harmed. The water surrounding the cordoned off area is tested regularly and any harmful runoff is processed in a specialised plant. Outside the confines of the landfill, the island plays host to a thriving population of flora and fauna, thanks to an abundance of coral reefs, swamp land and mangroves. In 2008, the island became an eco park, complete with recreational and educational facilities. Then, in 2015, a programme began recovering tens of thousands of tonnes of metal from the remains of the incinerated rubbish, using magnetic and eddy separators. It is estimated the landfill will remain in use until 2045, although the organisation who manage it believe this could be extended through ‘waste minimisation and resource conservation initiatives.’

5. The World’s Largest Beach Clean Up

Versova beach in India was once one of the most rubbish covered stretches of coastline in the world, with knee deep piles of rotting garbage lining the sand. Then, in 2015 a young lawyer named Afroz Shah and his 84 year-old neighbour began organising regular beach cleans. They recruited fellow volunteers from all walks of Indian society, from slum dwellers to Bollywood stars. Over an 85 week period the campaign succeeded in ridding the 2.5km stretch of sand of some four thousand tonnes of rubbish. The effort was subsequently dubbed the ‘world’s largest beach clean up’ by the UN. Alongside the ongoing beach cleans, the team began planting coconut trees, with a view to restoring the coconut lagoon that once inhabited the beach. After two years, the community has received an indication that their hard work is paying off.

Not only has the beach become usable by local people, but it recently played host to a colony of newly hatched Olive Ridley turtles. Turtles come ashore to lay their eggs, which leaves their hatched young susceptible to being eaten as they make their way back to the ocean. So, at Versova, 25 members of the public camped out to make sure birds and wild dogs were not able to prey on the baby turtles as they set off on their commute. While neighbouring coastlines have been the site of nesting turtles, none had been seen at Versova for several decades due to pollution, suggesting their presence now is purely down to the efforts of Shah and his volunteers.